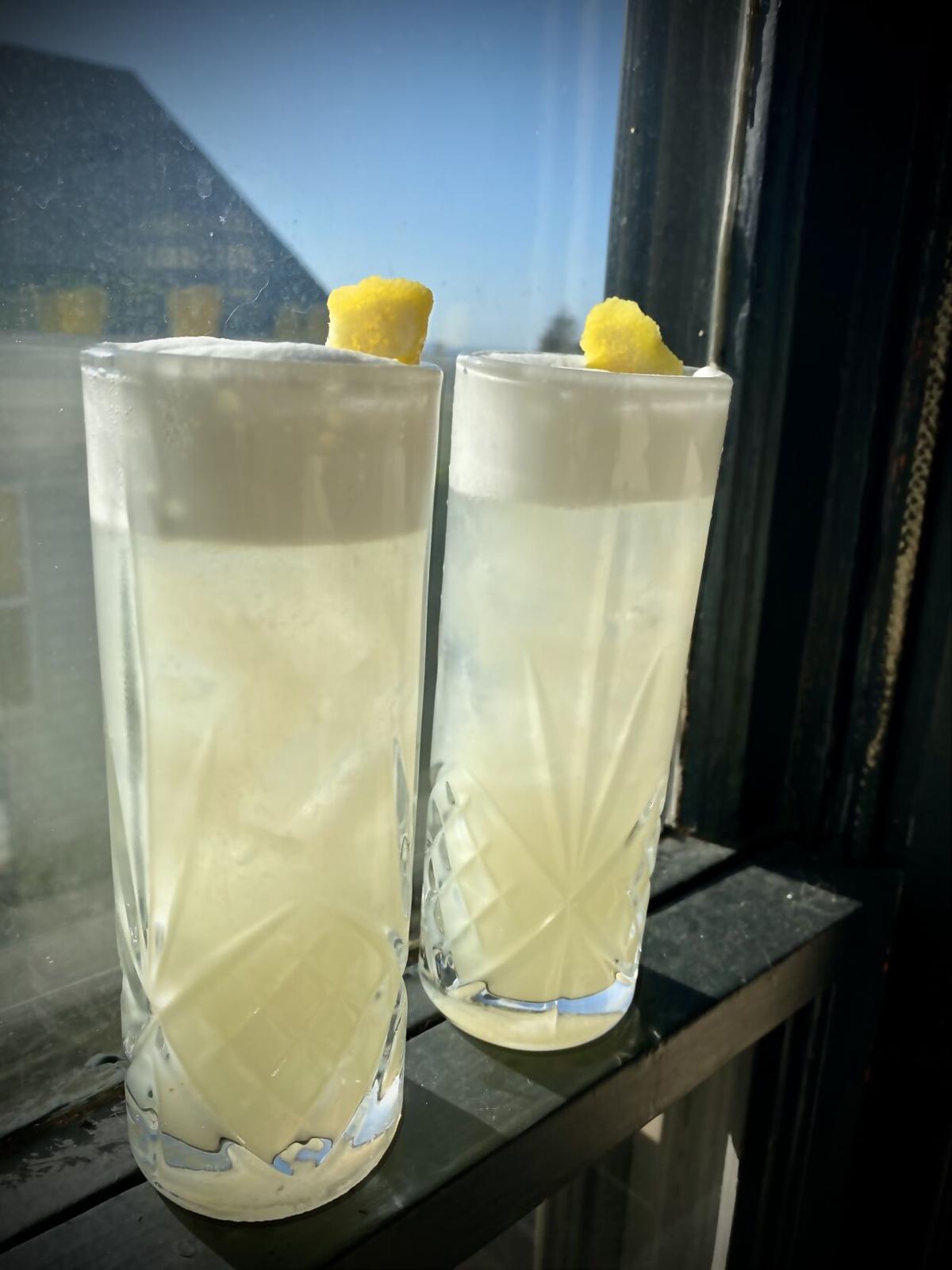 A pair of gin fizzes. 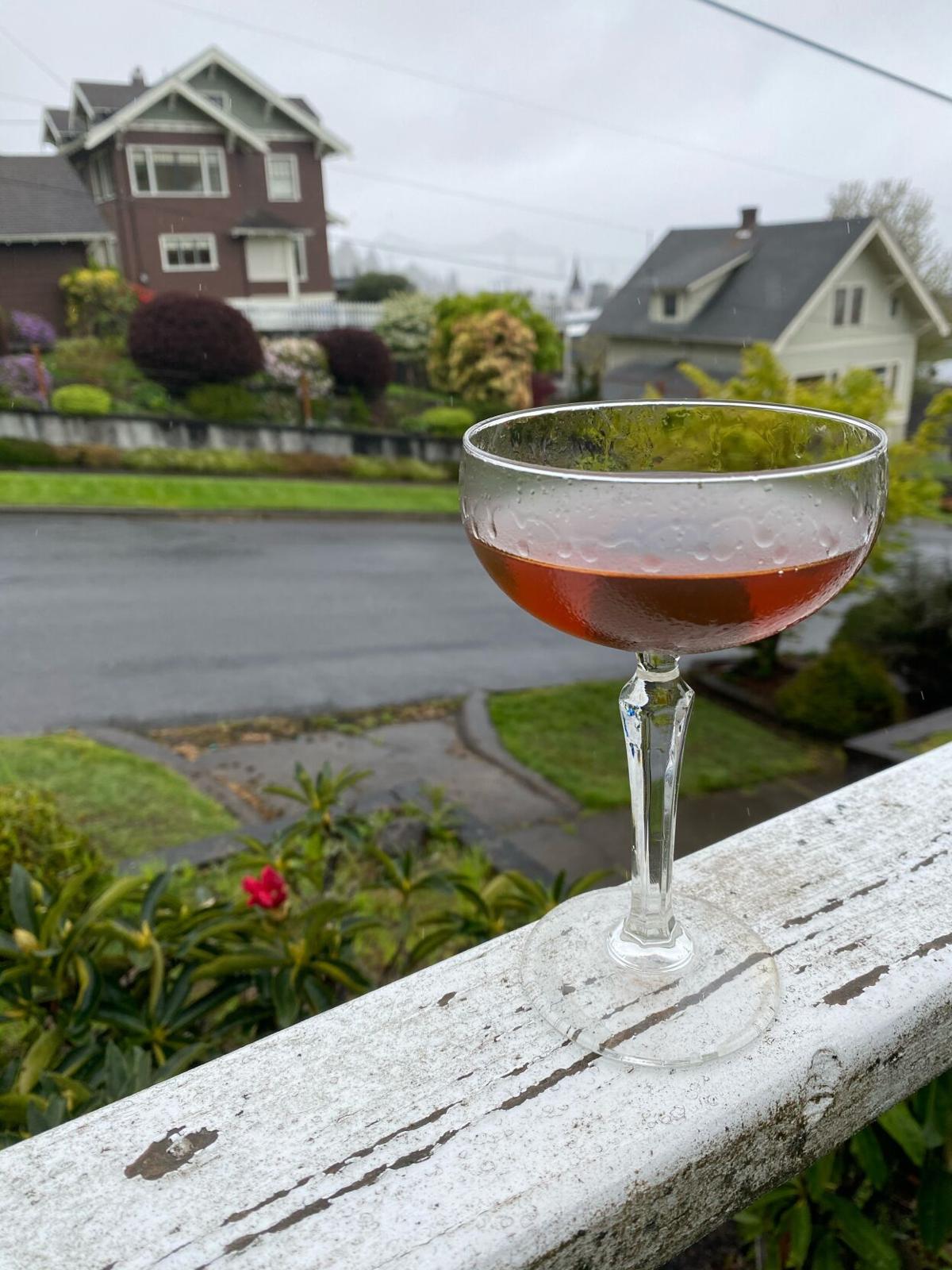 A glass is not just a vessel for a cocktail, it is part of the whole enjoyment.

For instance, imagine having a beautifully crafted martini served to you in a coffee mug. It may be appropriate for a Zoom meeting but it will not have the same effect as stemware.

Presentation is just as important as the overall quality of the cocktail itself because each attentive detail affects the subconscious of the consumer. Seeing the garnish, the feel of chilled glass and the way the aromatics of a cocktail are released all engage the senses — even before the first taste.

The coupe glass, pronounced “coop,” is one of my favorites of the stemmed styles because of its versatility. This is mostly due to its unique shape, the origin of which has stirred up historical debate. Legend is that Marie Antoinette modeled the glass after her own breast, imagining the courts toasting her health while holding her bosom’s likeness. Unfortunately, this rumor is false: the glass was developed in England a century before her time.

Though that particular story is untrue, there have been modern celebrities who have lent the shape of their breast for a specialty coupe glass. The coupe gained its popularity in Europe as a vessel for Champagne and was then later adopted in the U.S. by the 1920s flapper generation. Eventually, the fluted glass would become the new trend in the 1940s and 1950s, leaving the classic coupe to serve craft cocktails like a Manhattan or sidecar instead.

Not all glassware has the coupe’s quirky history, though. One of my other favorite classic cocktail glasses is the low-ball glass, commonly referred to as the “old fashioned,” named after one of the original classic whiskey cocktails in the book. Though the original recipe has been modernized, the glass remains a staple used for far more than its namesake. What characterizes a great old fashioned glass is the short, stout and heavy bottomed nature. You will want a thicker glass to maintain the chill without absorbing warmth from your hands.

If you’re feeling fancy, there are double wall old fashioned glasses, trapping a layer of chilled air between the layer of glass that touches your cocktail and the one that touches your hand, like a wetsuit for your whiskey. Though the glass was named specifically after the old fashioned, the style lends itself to any cocktail served over a large ice cube and intended to be sipped luxuriously.

There are nearly infinite glassware options and shapes for your cocktails (not to mention beer and wine). One more of my favorites is the fizz glass, another necessity for your home bar. The fizz glass is more commonly referred to as the Collins glass after the classic Tom Collins cocktail. This tall and skinny style can easily become a dressed up alternative option to an average pint glass or other mixed drink glass that you might usually have at home. This glass is also great for a classic gin fizz. The shape of this glassware lends itself perfectly to the domed foam effect from the drink’s combination of egg white and soda.

The key to achieving this presentation is utilizing the dry shake method and double straining into the glass. Then, add ice (leaving some room) and gradually pour the soda into the cocktail, staying on the inside of the rim of the glass until you have the desired dome look and enough “fizz” added to your drink. Garnish with a lemon peel twist and a cherry if you have it.

There are many glasses to choose from. If you would like to do a deeper bar dive, I recommend the “Death & Co: Modern Classic Cocktails” book for inspiration. And as always, please drink responsibly and never waste a drop. Cheers!

Add all ingredients except soda to the shaker and shake without ice for 20 to 30 seconds. Add ice and shake for another 20 seconds. Double strain into a Collins glass. Add ice, leaving room for the soda. Slowly add the soda until the foam has domed over the rim of the glass. Top with a lemon twist and cherry garnish if desired.

Add all ingredients to a stirring glass. Fill with ice and stir for 20 to 30 seconds until chilled. Strain into a chilled coupe. Garnish with a cherry.

Add all ingredients to stirring glass. Add ice and stir for 20 to 30 seconds until chilled. Strain over a large ice cube in a chilled old fashioned glass. Garnish with a lemon or orange peel twist.