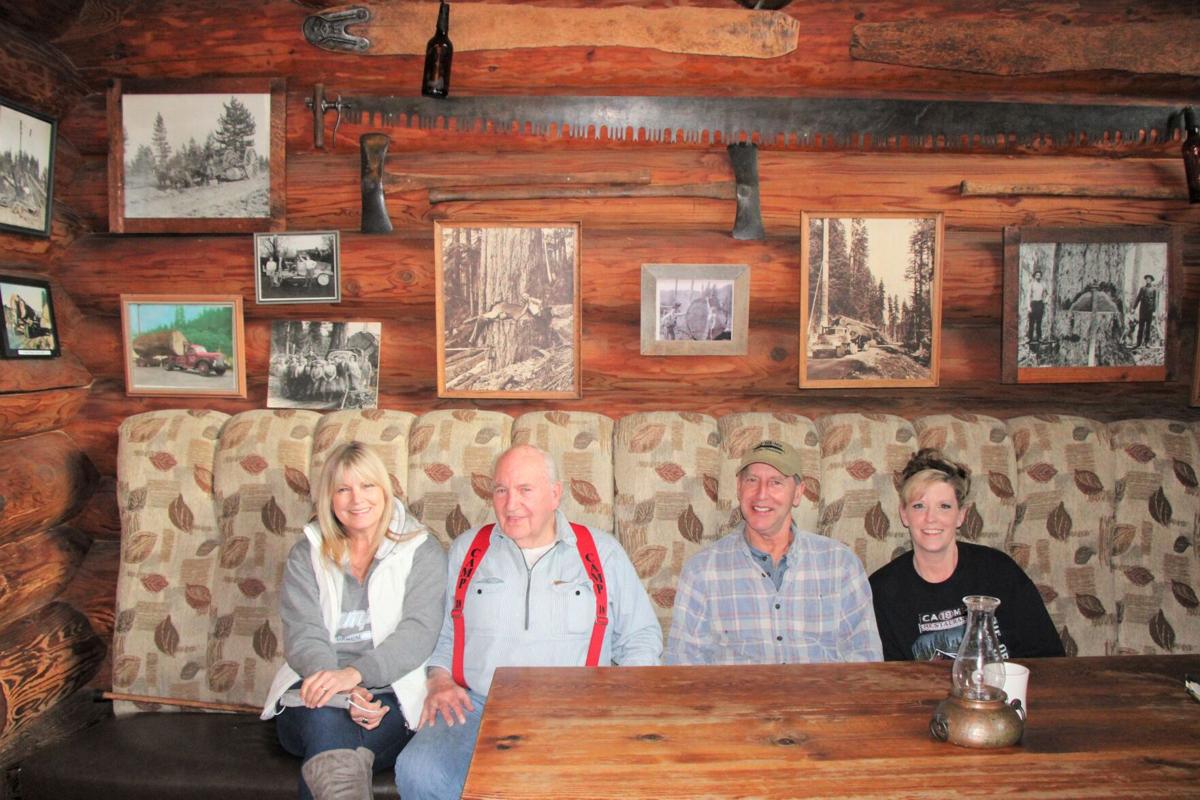 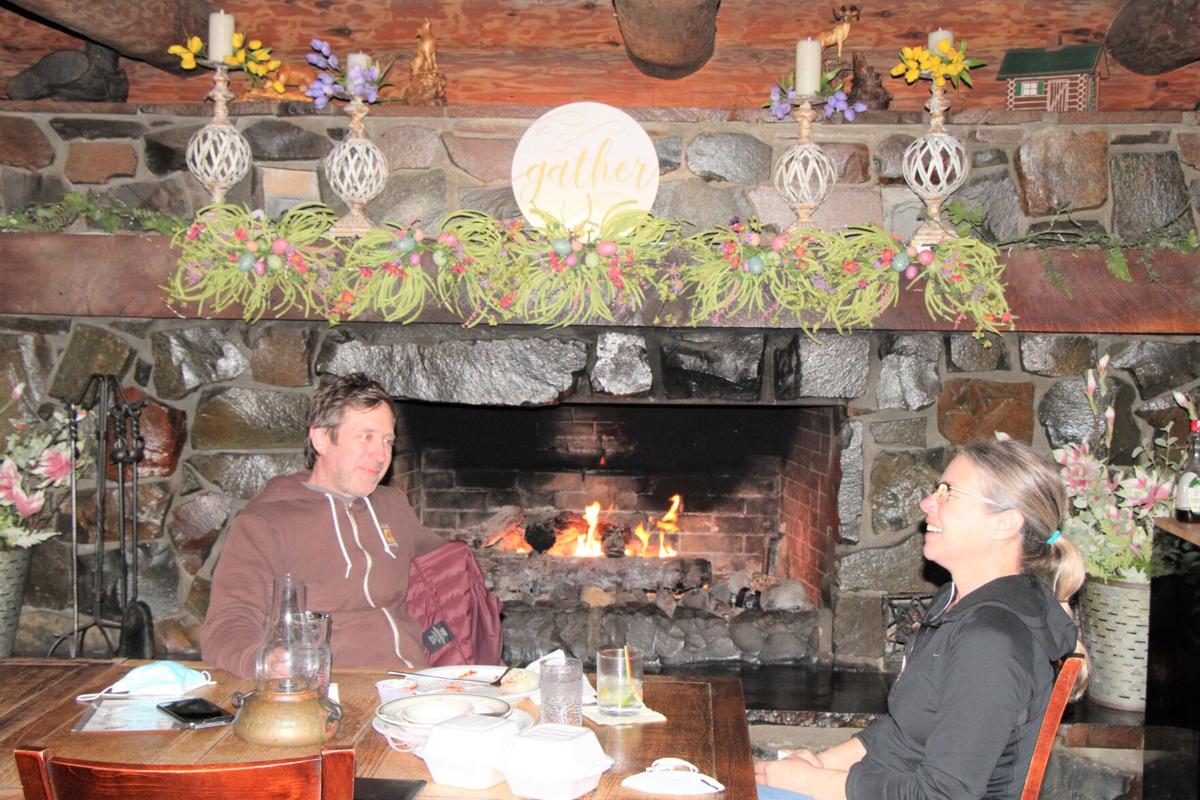 Guests enjoying lunch next to the cozy fire. 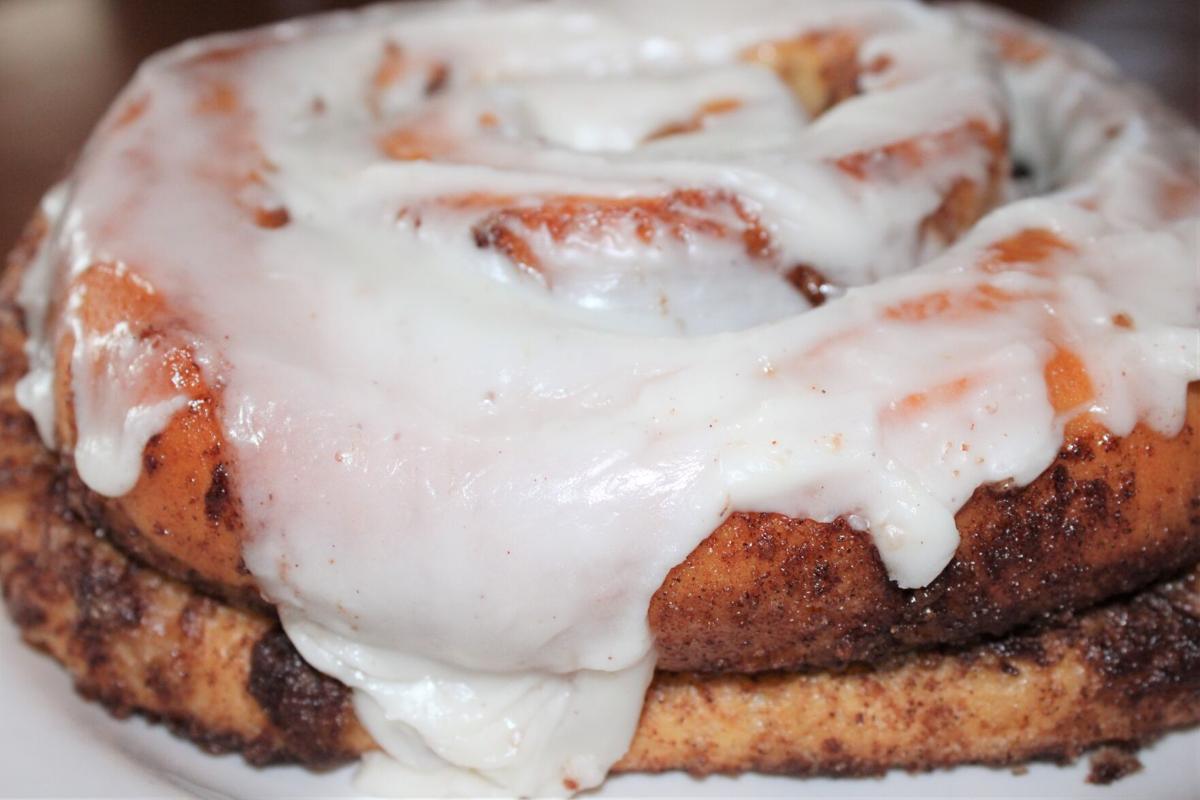 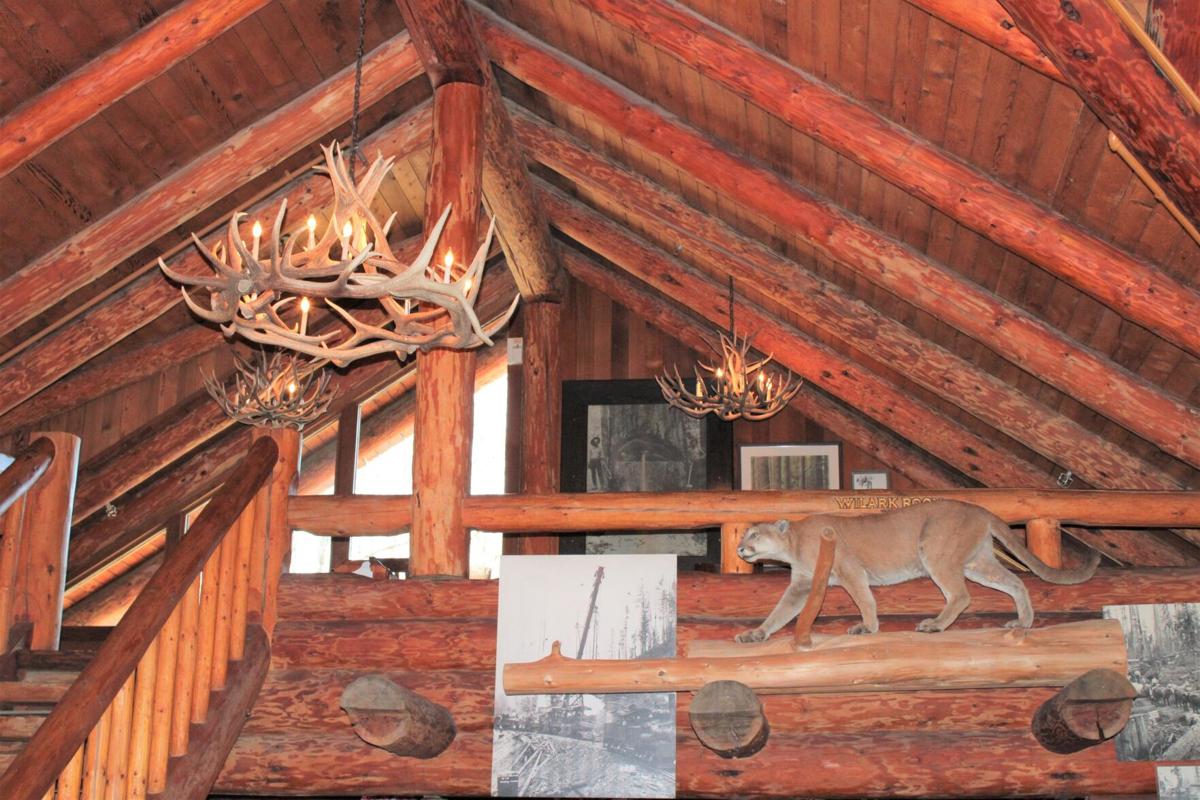 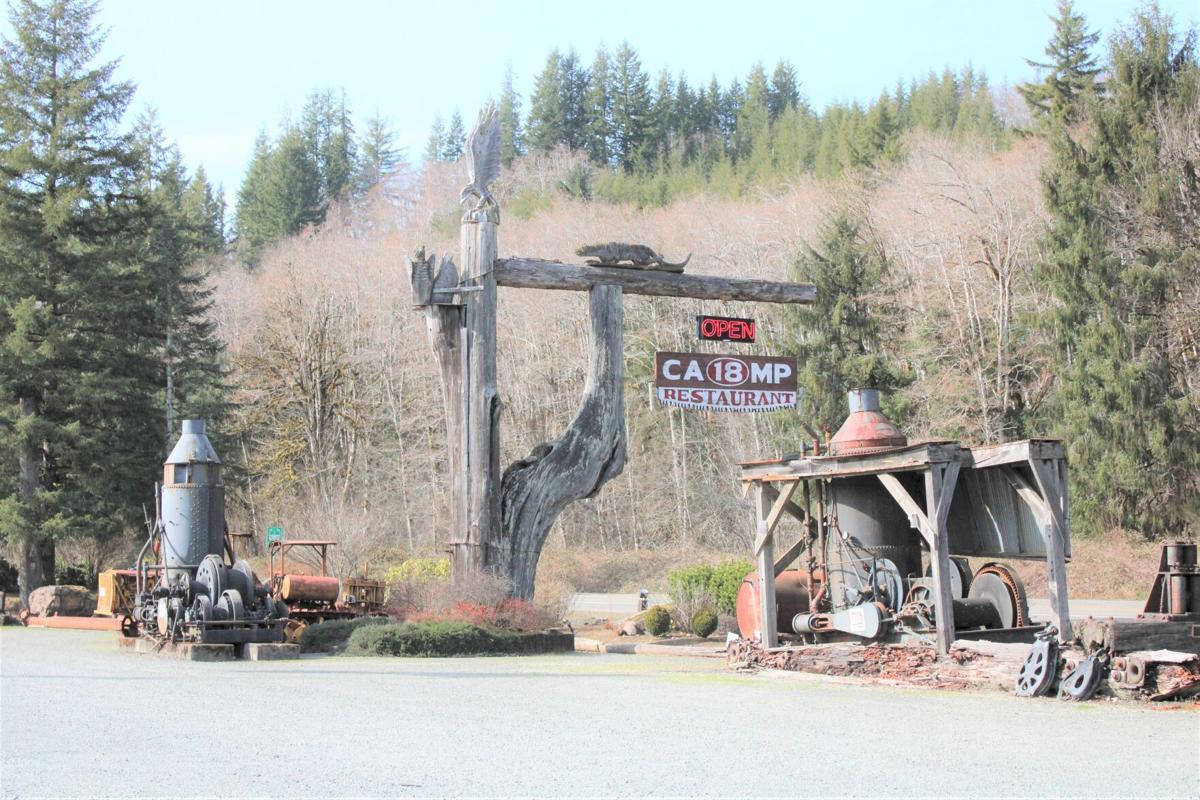 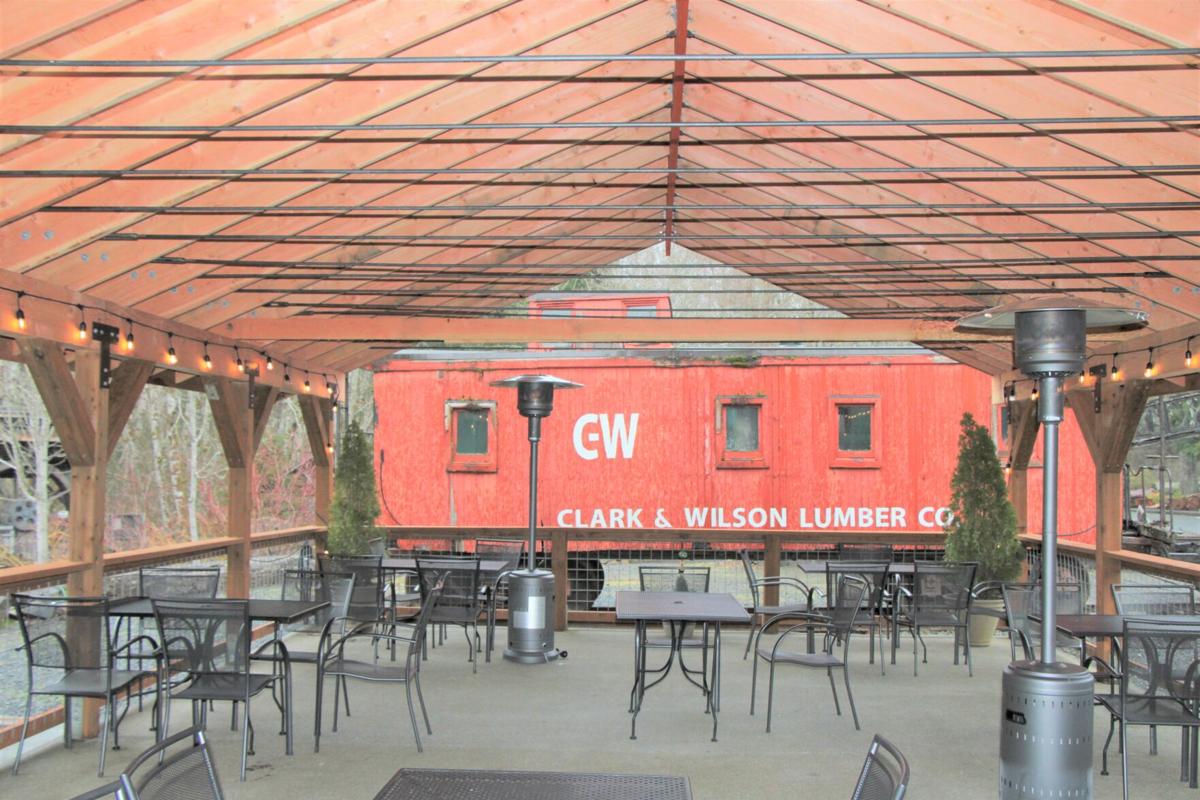 Outdoor dining with heating lamps is available for customers.

From its hand-crafted building made by regional loggers, to its unique museum, Camp 18 is not an average restaurant.

Since 1986, Camp 18 has been a welcoming restaurant for a hearty meal, as well as a museum of the region’s rich logging history.

Independent logger and owner Gordon Smith, along with friend Maurie Clark, named the restaurant Camp 18 because logging camps were numbered, not named — and the restaurant’s location is on milepost 18 along U.S. Highway 26.

Camp 18’s menu has a variety of options including breakfast classics like waffles, omelets, biscuits and gravy; sandwiches like the Lumber Jack Burger with cheddar cheese, bacon, onion rings topped with barbecue sauce; steak, chicken or fish with plenty of sides; and desserts like homemade marionberry and strawberry-rhubarb deep dish cobblers, and the Bigfoot Brownie Sundae.

The restaurant is known for generous portions. Its best seller is a giant dinner plate-sized warm cinnamon roll served with butter.

Smith and his crew felled most of the red cedar and fir used to build the 14,000 square foot log cabin, then prepared it at his sawmill on a property nearby. There is a lounge upstairs and an event space downstairs which house two large buffet tables.

Logging photos line the walls. There is a large photograph of Smith’s father and uncle on either side of an old growth tree with a long handsaw between them. There are several photographs of Smith, now 89, his family and other loggers.

A giftshop full of souvenirs is near the front entrance, which is decorated with chainsaw art of loggers, wildlife and Bigfoot. The entrance has doors hand carved with logging scenes and real axes as door handles.

Outside the restaurant, you can stroll the grounds of the outdoor logging history museum, visit a loggers’ memorial or walk a short loop nature trail along the creek and woods. Huge pieces of old logging equipment are on display, including a giant water wheel which provided power for a house in the area before electricity was connected.

Blue stellar jays, chickadees, juncos and hummingbirds all frequent bird feeders that overlook the surrounding forest. If you look closely across the creek, a life-sized topiary elephant can be seen in the woods.

Smith, born in Astoria, was raised in Jewell before joining the U.S. Air Force. He was the first American to fight in the German Judo Club. He earned his black belt upon return to the U.S. in the All Star Judo team. He grew up in a logging family. In 1966, he put a saw mill on the 50 acres he bought along the East Humbug Creek off of Highway 26 and added the restaurant in 1986. Smith said he is happy to share his logging stories with customers.

Smith’s family is part of the restaurant.

Gordon and Roberta’s son, Clay, is kitchen manager. Their other son, Mark, visits often. Some of his employees have been with the restaurant for 30 years. The couple has 17 grandchildren, some of whom work at the restaurant.

The owners are generous with their food and in many other ways. For example, when a major storm slammed the coast, and Highway 26 was closed due to tree debris, Camp 18 hosted over 100 stranded travelers, fed them and let them spend the night in the restaurant.

The restaurant’s menu has been limited a bit, Karma said, but the restaurant has kept many customer favorites including nightly specials, clam chowder, steaks and the homemade giant cinnamon rolls.

“We had to take half the tables out of here (and) build an outside room so folks can eat outside in a covered area,” Karma said.

Due to COVID-19 restrictions, the restaurant’s event space hasn’t been able to be used. It has hosted many logging company parties.

“We’ve had a lot of weddings here,” she said. “We had to shut the whole downstairs down.”

The restaurant continues to follow health guidelines and has recently extended its hours to stay open for more time during the spring.