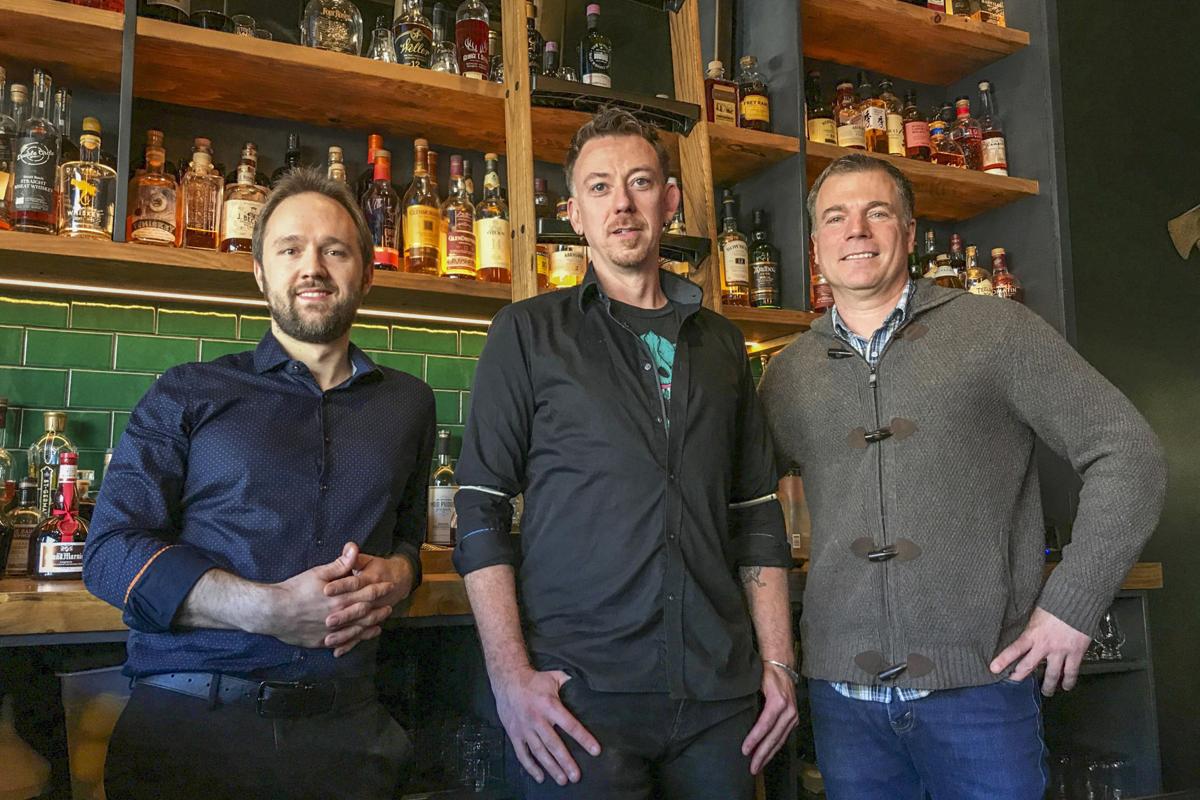 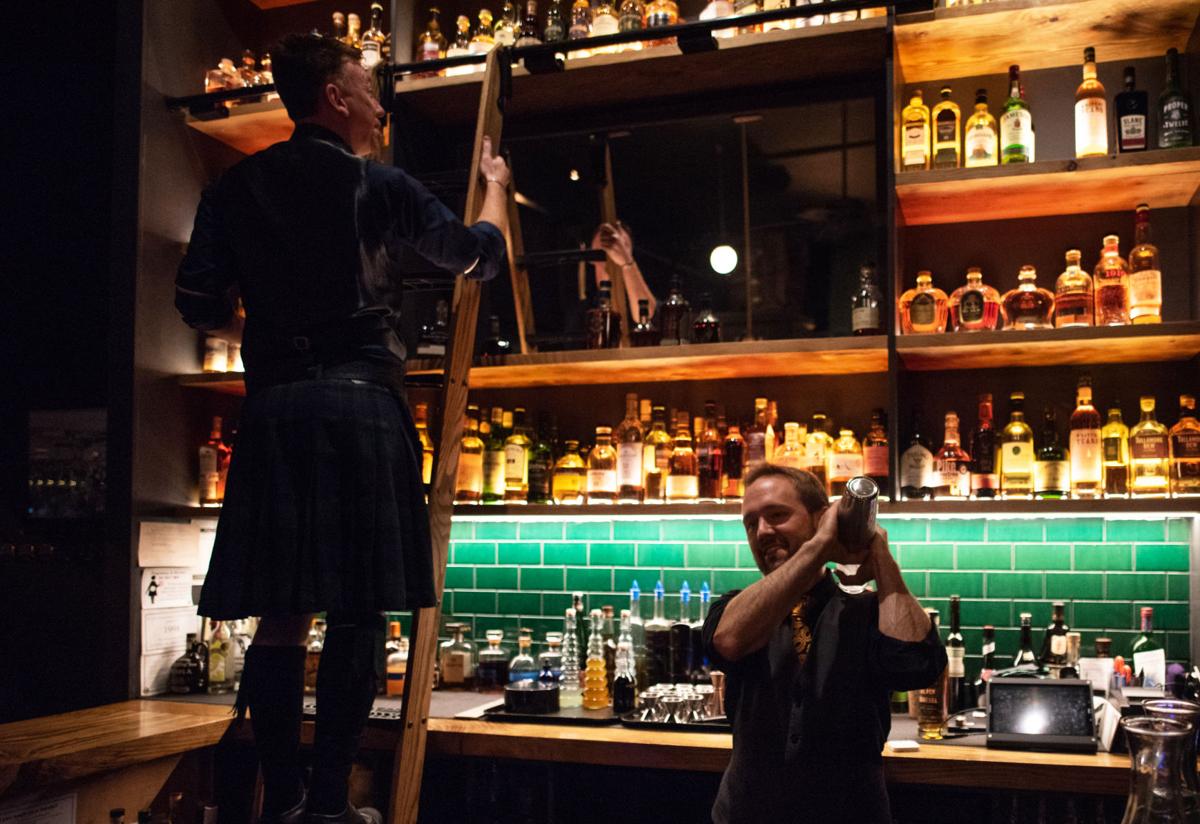 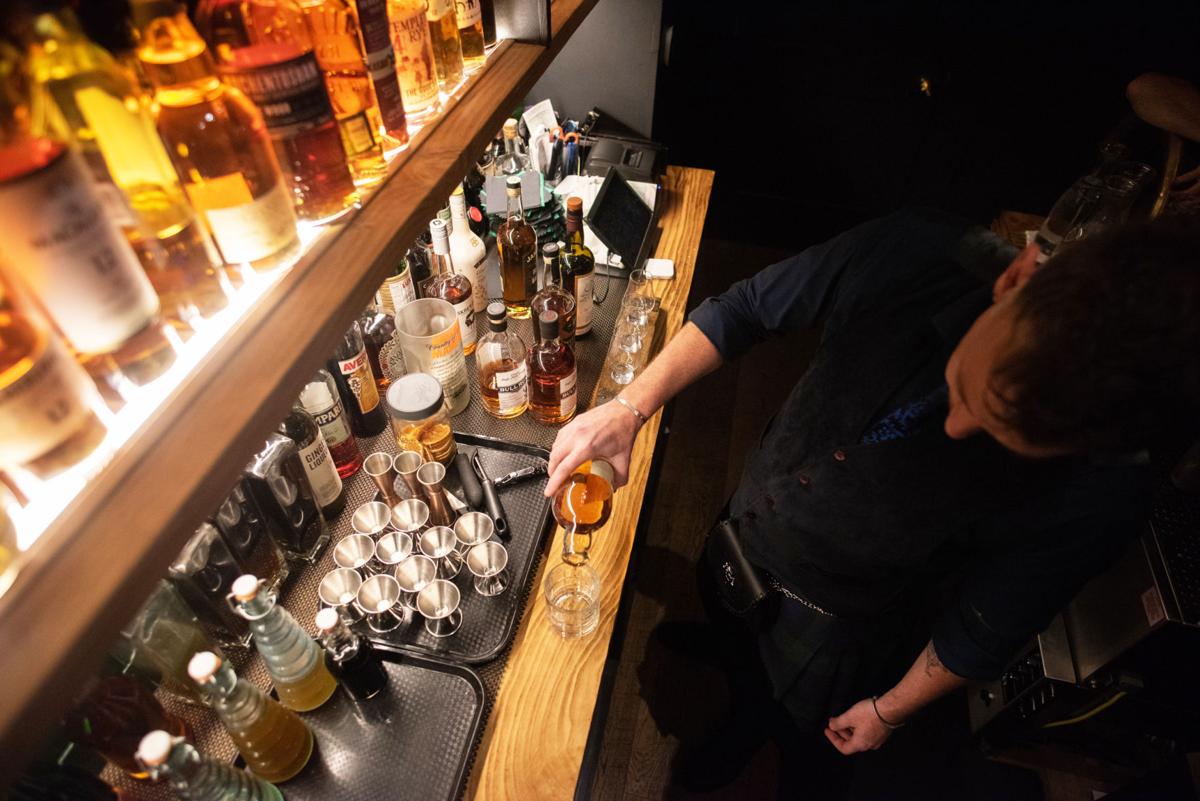 Blaylock’s Whiskey Bar, which opened nearly a year ago in the Columbia Travel building on 13th Street, has won the Readers’ Choice Awards for best bar, best server and — a bit surprisingly to the owners — best cheap date.

Thompson is the winner of Readers’ Choice’s best server category.

“I’d say we’ve won people over,” Angiletta said. “There was a lot of skepticism at first. It’s understandable. People would say, ‘It’s just another bar.’ But I think once they stepped in here and experienced it, you know, it quickly changed.”

Blaylock’s centers around a wall of whiskey with more than 180 varieties. Servers scale a rolling ladder to grab the bottles, the tasting notes of which are each described in leather-bound books spread around the bar. Along with pours neat and on the rocks, Blaylock’s serves around 50 craft cocktails and several charcuterie boards. Whiskey aficionados can hold their best bottles in a private locker room off to the side.

Thompson, who has more than 15 years in the whiskey world including two as a tour guide in Scotland, is demure about being named best server, arguing his coworkers elevate him. Next to Thompson in the bar is Teubner, himself a multi-time winner of Readers’ Choice’s best bartender category.

“We want to make it a comfortable spot, so you can come in with any level of whiskey knowledge and not feel like an idiot, or not feel like you need to know,” Thompson said. “Sit down, and we’ll help you. Or just pick what you like off the wall, and we’ll talk you through it. We don’t mind. We love the educational aspect of it.”

Blaylock’s oozes old world charm with its dimmed atmosphere, dark woods and leather furniture, with decorative nods to the region’s traditional natural resource industries. Across from the high tables and stools near the bar, a glass-encased fireplace looks over a lounging area and leather-bound, wood-backed group booth.

The co-owners joked about a whiskey bar being considered a cheap date but said they try to create a romantic atmosphere where people can come, grab a pour, sip and relax.

“I’d say most our cocktails are definitely on the more manageable side of that, when you’re worried about your pocketbook,” Teubner said. “We also have lots of whiskeys that are in the $10 to $12 to $15 range. If a cheap date is you each getting a cocktail for somewhere between $20 and $30, then yeah; I guess it’s a cheap date place.”

Yecchh!! No thanks!! Like we need a bunch of drunk tourists around here