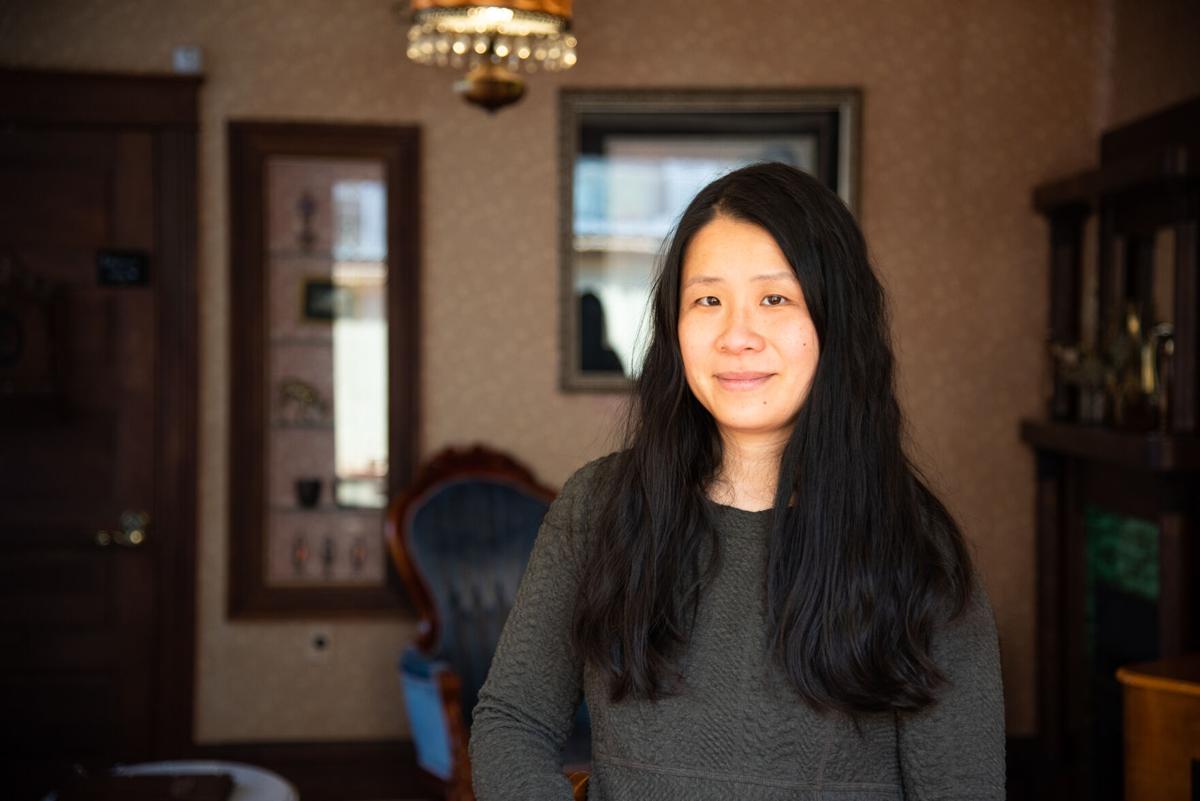 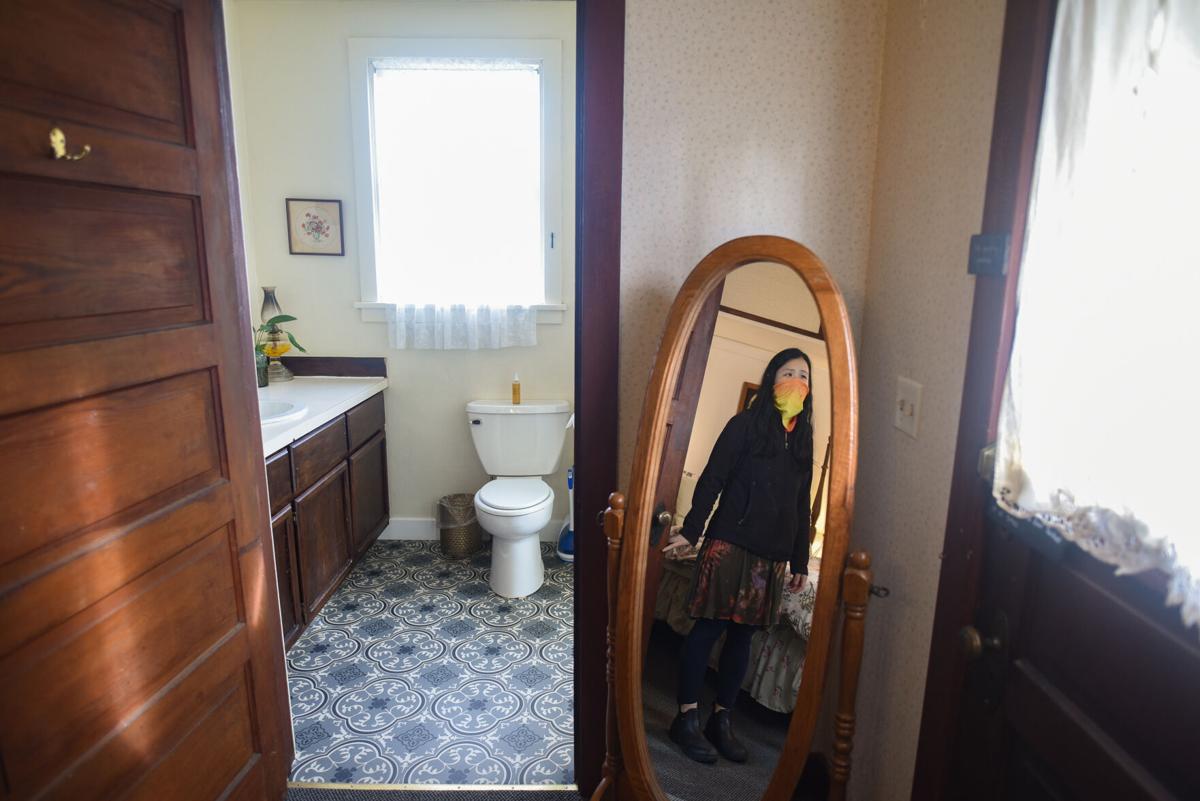 A reflection of Candy Yiu appears in a mirror inside her inn. 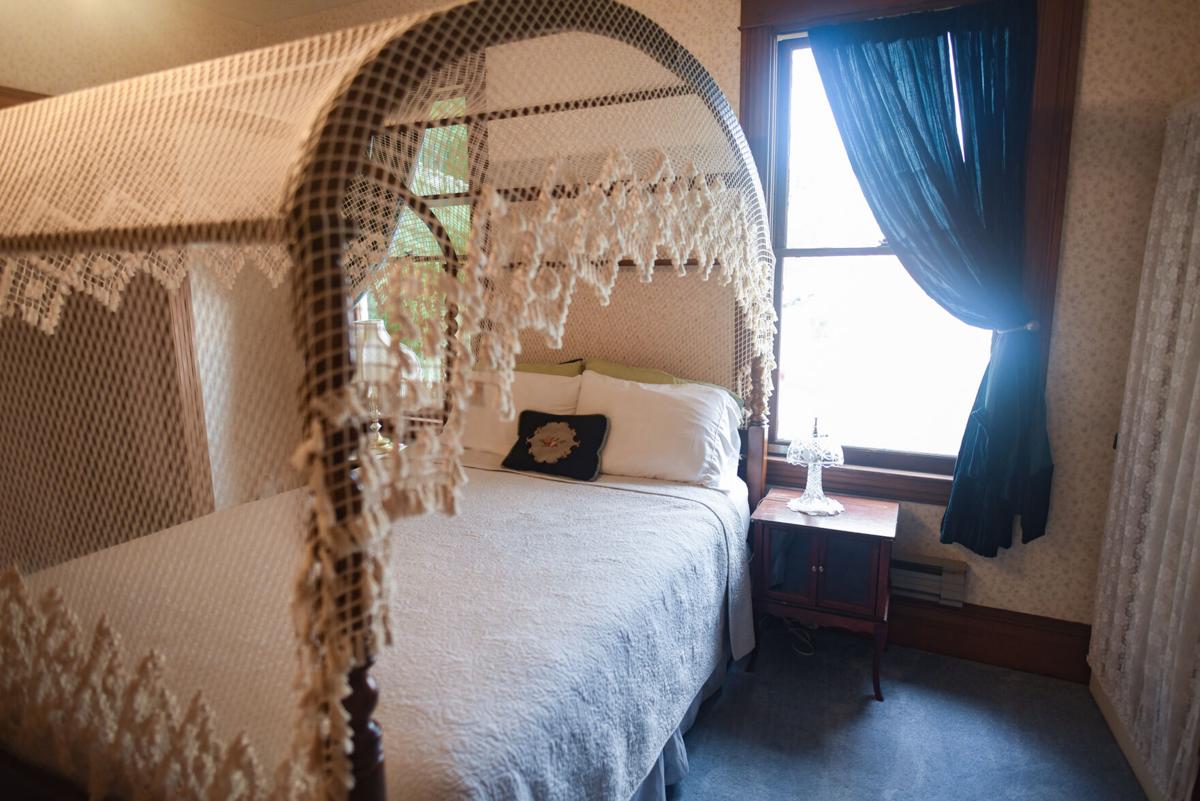 A room inside Yiu's inn.

Since visiting Astoria for the first time in 2018, Candy Yiu and her family have found a home.

Yiu is the new owner of Near the Pier boutique hotel. She also runs the local delivery service, Slurpalicious, with her husband Akshay Dua.

Yiu and Dua took their two sons to Astoria in December 2018 for a short trip.

“I fell in love with all the houses and downtown, the architectural details, all the cute shops and the Christmas lights. And the kids were crazy about the train tracks and the ships and running on the Riverwalk,” Yiu said. “Even in the rain it was so healthy and fun. My husband and I agreed that it was just amazing, ‘If we love it this much in winter, what’s it going to be like in summer?’”

“I was shocked that I agreed to come back to Astoria again and again. I’m a big traveler and I rarely like to stay in one place or visit the same place twice. I grew up in Hong Kong and it is so densely populated and confined. We are all like the frogs in the well, but I didn’t want to be inside the well. I wanted to see the world,” Yiu said.

There is a Chinese idiom, or fable, that tells the story of the frog that happily lived its whole life at the bottom of a well. One day a bird flew down and said to the frog, “Come up to the outside where it is bright and warm.” The frog laughed at the bird, thinking that the well was the entire world. The moral: don’t discount things that lay outside one’s own experience.

Yiu’s passion to travel started young, though her parents were against her traveling. Her culture, she said, emphasized women and girls shouldn’t “strive for things outside the norm.”

“Even during high school, I would work hard and scrimp so I could travel, since it was easy to get to places like Taiwan and China or Thailand. During college I wouldn’t go out to restaurants or cafes and ate bread and ketchup as cheap sandwiches to save money,” Yiu said.

While backpacking around Europe, Yiu had little money and stayed in hostels. She found communal living and sharing bathrooms to be uncomfortable but enjoyed connecting with others.

“I loved cooking with others in the common kitchen and enjoyed the shared evenings when people would bring out guitars, or play the piano and share tips of places to go and things to do. I loved that open atmosphere so much — the friendships, the experiences, the conversations and the exchange of cultures,” Yiu said. “I knew if I wanted a different life, I needed to dream. I needed to be safe. I needed to do it myself.”

In 2004, Yiu arrived at Portland State University, where she earned a doctoral degree in wireless communication. After, she worked at Intel for 10 years.

“In the back of my head and in my heart, I was still dreaming about finding that perfect communal experience,” Yiu said. “A place where people could gather and exchange music, food, friendship and cultures. I wanted to own a hostel. But with my own bathroom.”

After their first few trips to Astoria, the family became so enamored that Dua thought they should buy a vacation home. They started looking for properties in town.

“My heart just stopped when I saw the listing for this beautiful historic Franklin Street Station with six bedrooms,” Yiu said.

Yiu dreamed of purchasing the location to open a hostel but she and Dua had recently invested in a Portland restaurant.

“I didn’t tell him that it was a crazy dream I’d always had. I kept it to myself but I would look at that listing online every day, thinking about what I’d do with it. Imagining the décor, how I’d change this and that, all the little details, what I’d even serve for breakfast,” Yiu said.

After Yiu explained to Dua that opening a hostel was a dream of hers, he agreed to buy the property with her.

“All of a sudden, the stars were aligning,” Yiu said.

Things did not go exactly as planned, though, since Yiu took over the property last March, just in time for the pandemic to take hold. She spent the three months of lockdown managing reconstruction, design and shopping as her guesthouse became a reality.

Around the same time the inn was purchased, Yiu and Dua embarked on another new enterprise, Slurpalicious, a food delivery service named by one of their sons. The service is provided locally.

Her inn has two family rooms, where kids have dedicated space to play and have fun. She also wants to encourage adult guests to interact with each other.

“It’s crazy that I wanted to create a space where people would put away their phones and devices and immerse themselves in all the wonderful things there are to do and see here. And with the history. I wasn’t sure how people would react with the historic furnishings and décor,” Yiu said. “But Astoria’s past is so rich, I wanted people to step back in time and appreciate it like I do.”

Near the Pier was fully booked over the summer. Her enthusiasm for Astoria has not diminished, nor has her husband’s.