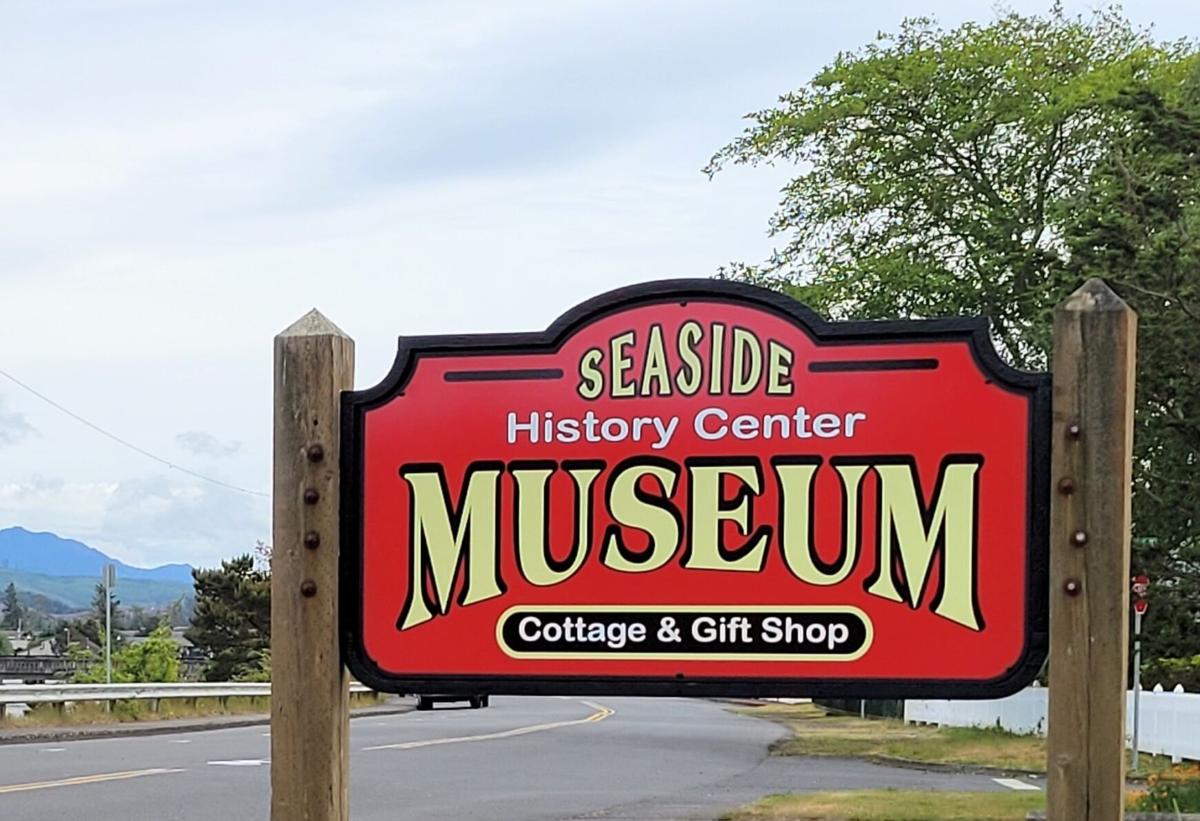 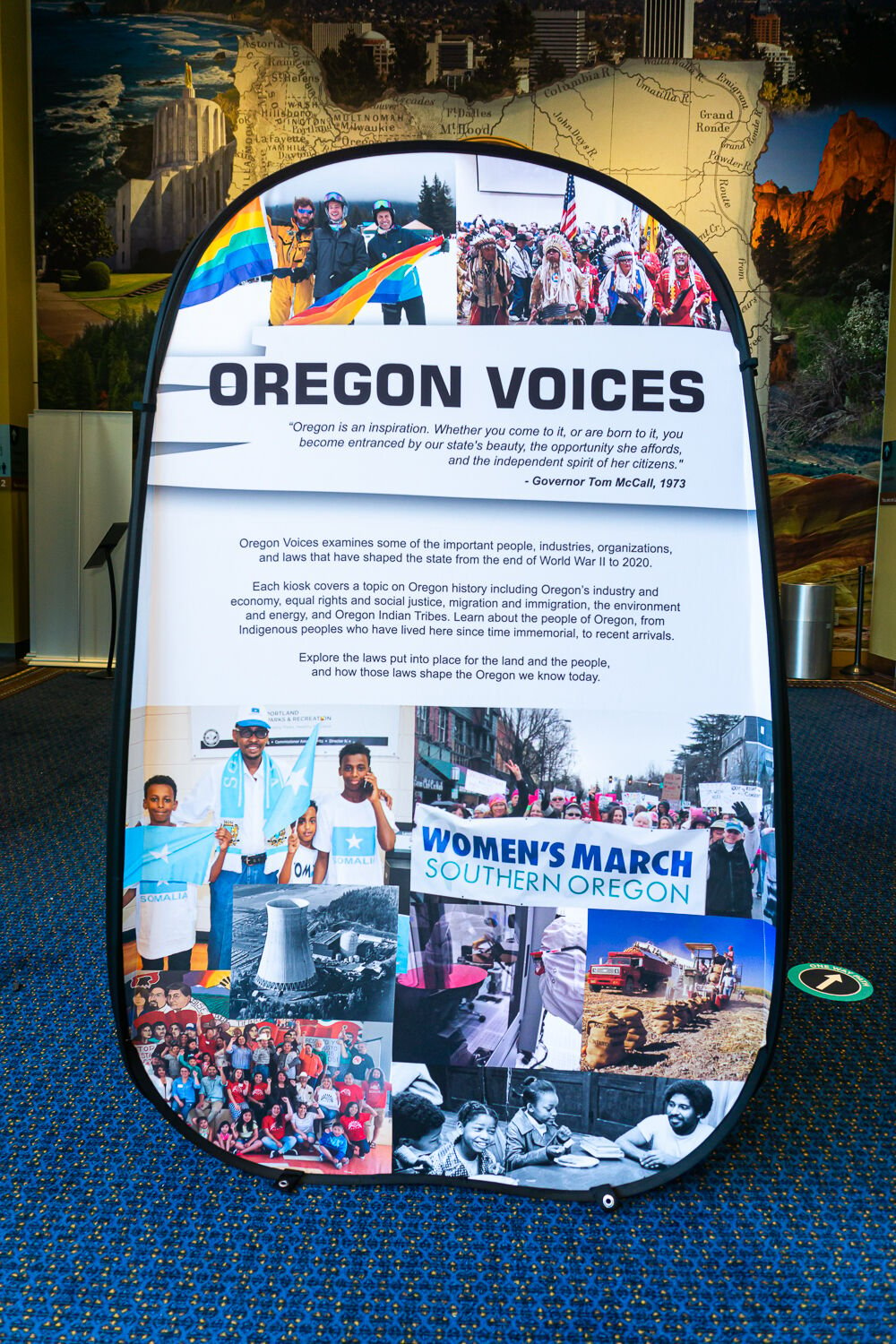 The Oregon Voices display is the traveling version of the Oregon Historical Society’s permanent exhibit. It highlights key players in modern Oregon since the end of World War II. 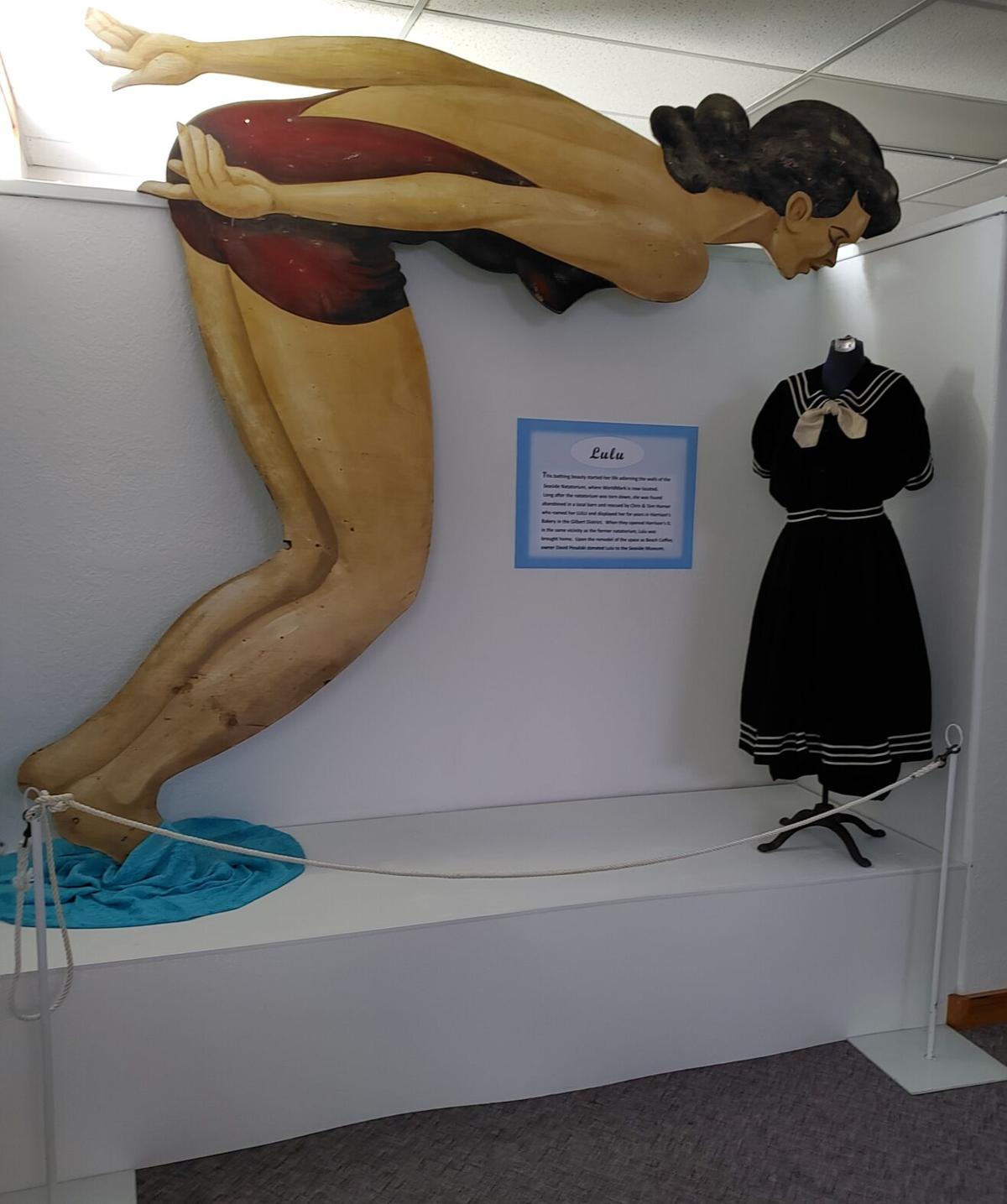 This iconic figure was originally on the wall of the Seaside Natatorium. Chris and Tom Hurner discovered it abandoned in a barn and named it ‘Lulu.’ 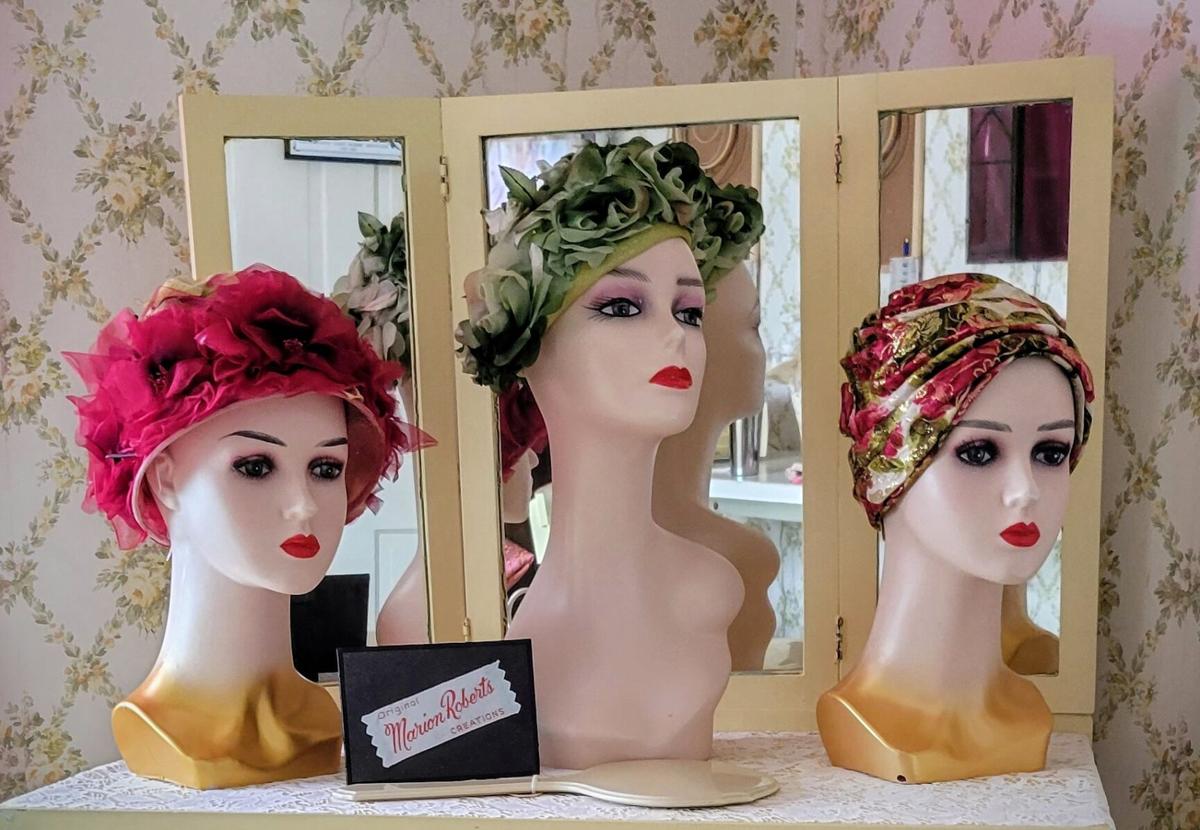 A new display of artifacts is from the House of Roberts Millinery and Hat Shop that was founded in the Butterfield Cottage in 1958 by Marion Roberts. The cottage, built in the late 1800s as a summer home, was originally at 21 N. Columbia St. and had several incarnations.

The Seaside Museum & Historical Society has reopened with volunteers eager to welcome visitors to its rejuvenated galleries.

“It’s all about the story,” said Tita Montero, the museum’s vice president and a Seaside city councilor. “It is just wonderful for us to open the doors again and have people come through. … We are having a lot of fun sharing the new exhibits and the new look.”

Montero is beyond excited to get back to “normal” — though she said that the coronavirus pandemic shutdown gave the group an excellent opportunity to spruce up galleries and artifacts without having to work around visitors.

“We have been able to take advantage of that,” Montero said. “We want to do a lot of things but when we are open to the public … well, you can’t stop the world. COVID gave us the ability to try new things.”

A new feature highlights 100 years of the Seaside Promenade. The singular landmark is celebrated with a photo exhibit at the Seaside Library. A commemorative event is planned Aug. 7. Full details, including a planned time capsule, will be announced later.

Through August, the museum is hosting the Oregon Historical Society’s traveling version of its permanent exhibition, “Oregon Voices.” It highlights key players in modern Oregon since the end of World War II, including Native Americans, Oregonians who fought for and against social change, and the role of the land itself.

Another new museum exhibit features “Lulu,” a large art piece of a woman diving that was first featured on the walls of the Seaside Natatorium (now the WorldMark site) to advertise swimming. Another highlights a 1910 Meier & Frank swimsuit made of light wool serge, complete with a modest skirt.

Montero hopes visitors will be intrigued Levi Daniel Coffman artwork titled “Crown of Thorns,” a rectangular frame of interlocking pieces of wood with an unusual secret.

“I think people are surprised and can’t believe that something with so many pieces to it doesn’t have one nail in it,” Montero said.

Sets of color-coded maps from the Sanborn Map Co. reveal how the community has changed. One shows Seaside in 1921 with the 1940s on the reverse.

“It is really quite fascinating,” Montero said.

In addition, there are several new items in the museum and adjoining Butterfield Cottage, which is restored to its 1912 appearance as an early resort rooming house. The cottage, built in 1893 by Horace Seely Butterfield, a prominent Portland jeweler, was donated to the Seaside Museum & Historical Society in 1984 and opened to the pubic after a 7-year renovation. Its flower gardens, which feature the Yellow Rose of Texas, a European crocus and a Californian poppy, are tended by the Sou’wester Garden Club.

Other indoor museum changes include an enhanced gift shop and better lighting throughout.

“It is nice and bright. We have changed out the lights. It’s a different feel,” Montero said.

Eager to tell Seaside’s story, a group of enthusiasts formed the Seaside Museum & Historical Society in 1973. They opened the museum 10 years later on a site leased from the city of Seaside.

While Montero provides much of the public face of the museum, she is eager for other hardworking supporters to be highlighted. The museum is a family affair for Montero, with brother Bill Montero and sister-in-law Robin Montero playing key roles.

Another sister-in-law, Tess Tappert, of Prineville, has designed a triptych quilted collage textile artwork called “One-hundred Years on the Seaside Prom,” which will be raffled Aug. 8. It contains more than 200 fabrics in three panels. Tickets depict the artwork and are suitable for framing.

Throughout the North Coast, museum supporters have partnered with local businesses to sell 1,000 limited-edition lapel pins with a redesigned logo. As part of the promotion, many businesses are displaying historic photos of Seaside.

Photos will be a focus of upcoming priorities, Montero said. Bruce Andrews, a specialist photo restorer, is a key component.

“Some are so old that the clarity is not there,” she said. “They will look better online and make better copies to buy.”

Volunteers have also formed an exhibits committee to dream up more ideas.

“We want to look to the future,” Montero said.

She and her colleagues plan to work closely with the Clatsop-Nehalem Tribe as its members strive to preserve and showcase their history. The museum’s Lewis and Clark Saltworks exhibit stresses how the 1805 Corps of Discovery was assisted greatly by coastal Indigenous residents.

Ok, thanks for the information and have a good day! mobdro