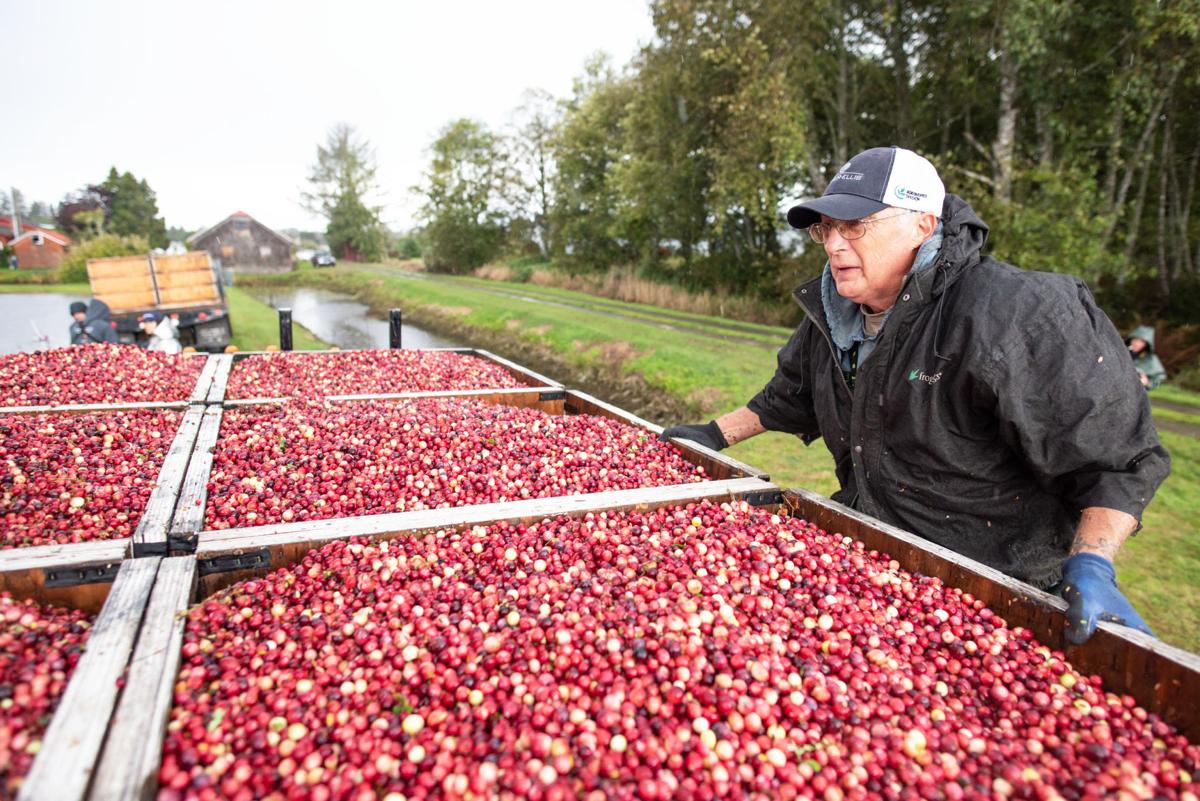 Blane Saunders stands on top of a truck filled with freshly-harvested cranberries at McPhail Family Farms. 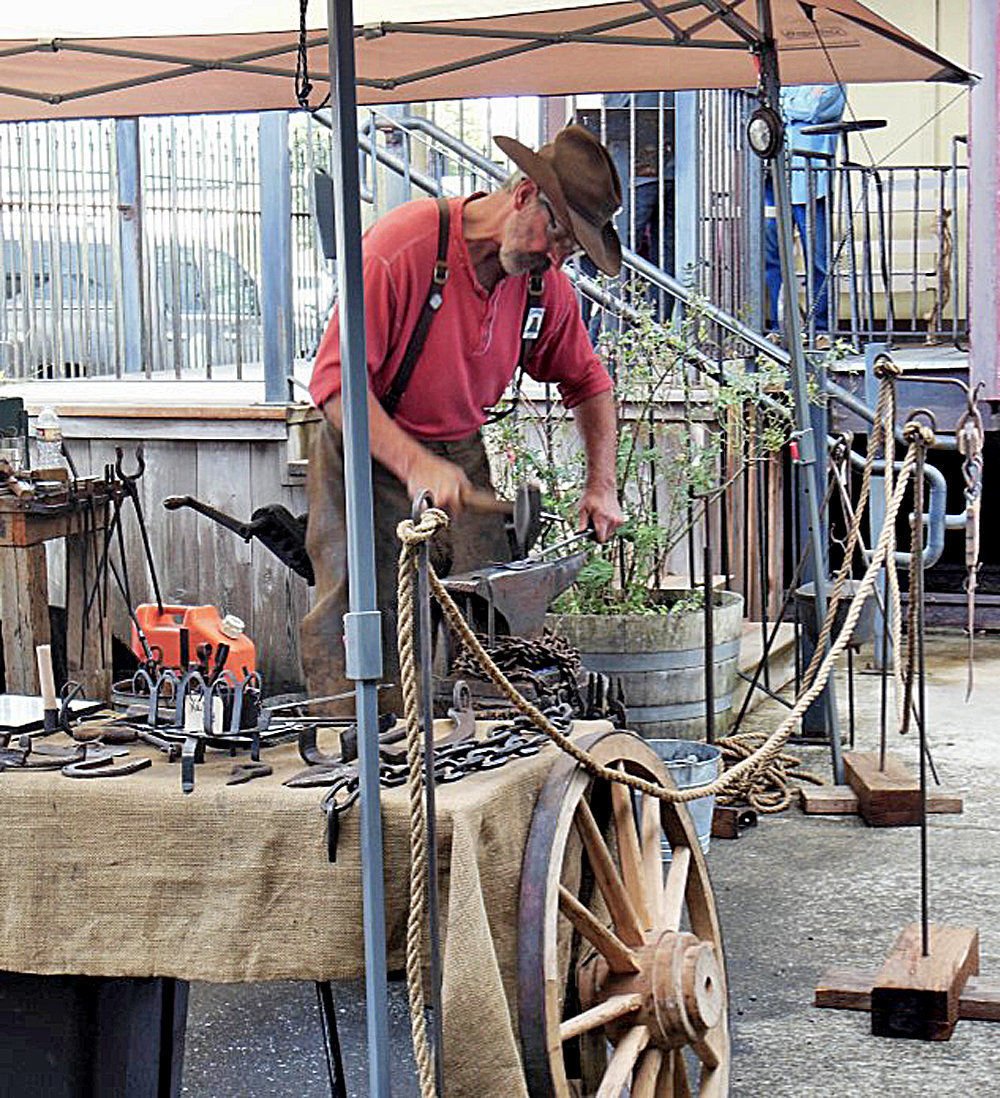 Blacksmith Gary Lewis from Portland will participate in this year’s Cranberrian Festival. 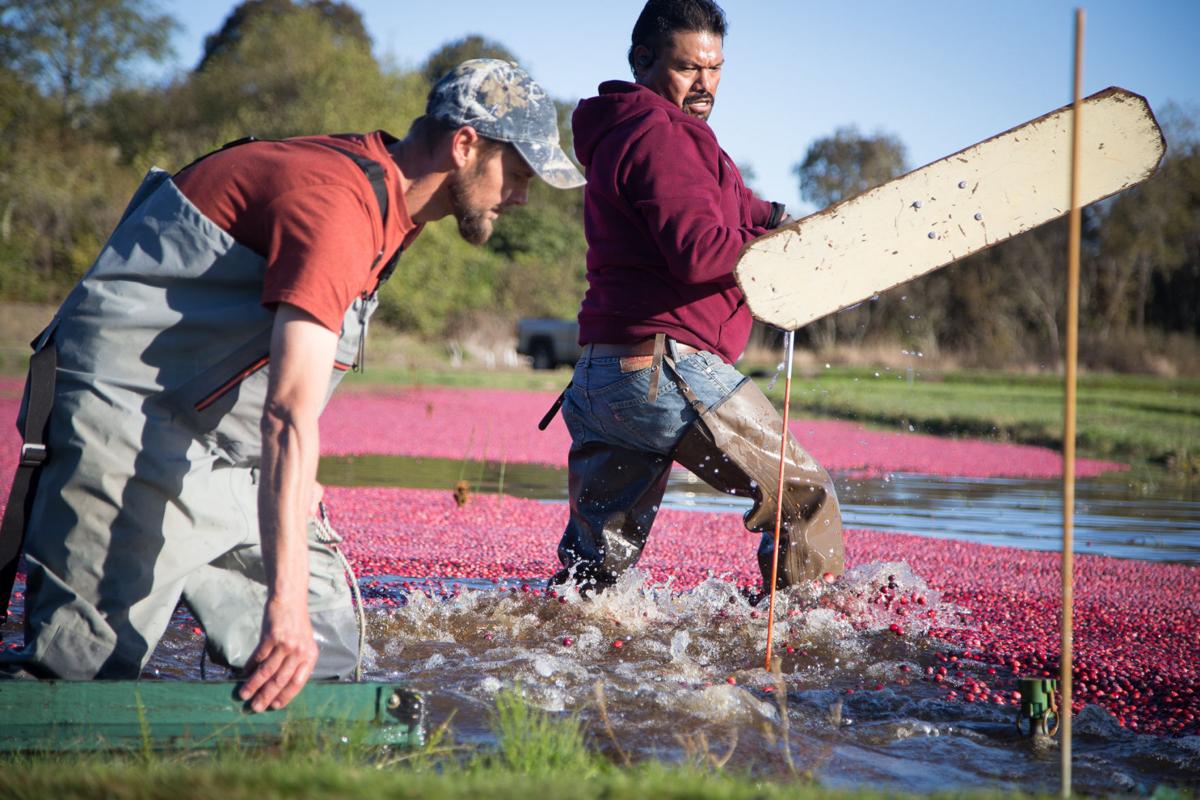 Travis Kary pulls the cranberry boom along as Juan Hernandez uses a paddle to pull berries away from the edge during the last year’s harvest at the Cranberry Museum and Research Center. The museum will hold a cranberry harvest during the Cranberrian Festival. 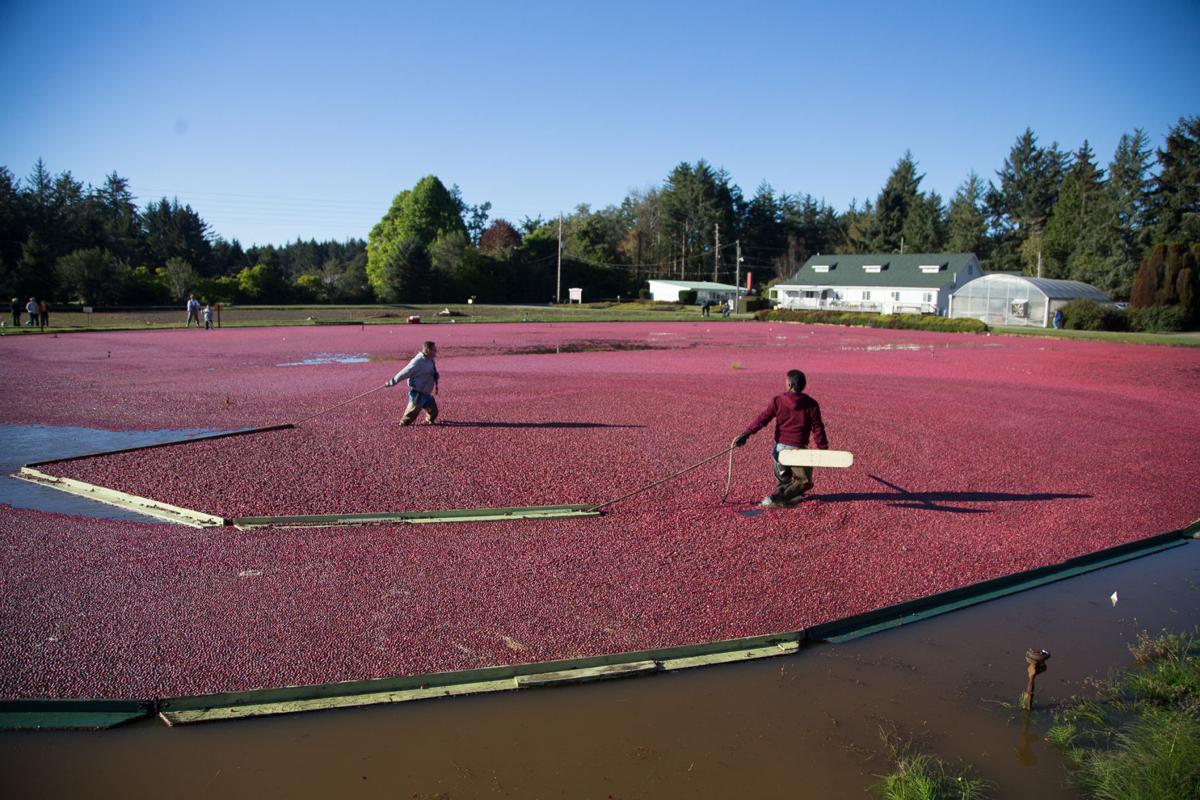 Harvest at the Cranberry Museum and History Center last year.

Blane Saunders stands on top of a truck filled with freshly-harvested cranberries at McPhail Family Farms.

Blacksmith Gary Lewis from Portland will participate in this year’s Cranberrian Festival.

Travis Kary pulls the cranberry boom along as Juan Hernandez uses a paddle to pull berries away from the edge during the last year’s harvest at the Cranberry Museum and Research Center. The museum will hold a cranberry harvest during the Cranberrian Festival.

Harvest at the Cranberry Museum and History Center last year.

For two days in mid-October each year, the cranberry takes center stage, drawing attention to its dignified status in the agriculture industry on the Long Beach Peninsula.

“The cranberry production here is massively important,” said Betsy Millard, executive director of the Columbia Pacific Heritage Museum. “Our cranberries are all over the world.”

The heritage museum is once again partnering with the Cranberry Museum, owned by the Cranberry Growers Association, to host the annual Cranberrian Festival, which takes place this year Saturday and Sunday with activities at both venues.

According to Cranberry Museum manager Jeanene Williams, one unique event during the festival is the cranberry harvesting, which takes place in the morning at the bogs adjacent to the museum in Long Beach. Flooding of the field and beating the berries begins about 8:30 or 9 a.m., and guests are able to come view the demonstration and take self-guided tours.

“We have a number of people that come into the museum here throughout the year that have never seen the harvest,” Williams said, adding it’s often a “highlight” for festival-goers.

“It’s the essence of cranberries,” Millard agreed, “to see those red berries on the water.”

The Cranberry Trolley is available to transport people from Long Beach to the heritage museum in Ilwaco, which will host demonstrations by the Peninsula Rug Hookers, the Peninsula Quilt Guild, blacksmith Gary Lewis and other artists and craft-makers.

The Cranberrian Festival is also one of two weekends per year when the 1889 NAHCOTTA rail car is open for touring with members of the NAHCOTTA Preservation Committee, Millard said. People can also purchase cranberries at both locations.

“Between the two, you get a lot of activities,” Millard added.

Cranberry history and heritageCranberries became important to the Peninsula’s economy during the late 19th century, when the fruit started being produced commercially, said Melinda Crowley, former director of the Cranberry Museum and Pacific Coast Cranberry Research Foundation board member.

Prior to that, there is record of local entrepreneurs engaging in commerce with wild cranberries. The indigenous people in the area incorporated cranberries in their diet, as well.

The industry continued to develop between the late 1880s and the turn of the century before hitting a period of stagnation, exacerbated by the non-native pests brought with East Coast vines and the high tax rates, start-up costs and marketing expenses, according to the Cranberry Museum.

In the early 1920s, however, help arrived in the form of a young undergraduate from the agriculture school at Washington State University. Researcher JD Crowley – Melinda Crowley’s father-in-law – spent 30 years conducting tests with growers at the Cranberry Research Station and developed solutions to a number of local problems, in additions to methods for improving the harvests.

Growers didn’t immediately adopt these solutions and the Great Depression made matters worse, but during the next 40 years, new changes to cultivation methods increased product yields and quality, according to the museum.

The Pacific Coast Cranberry Research Foundation was established in the mid-1990s, around the same time commercial cranberry acreage on the Peninsula reached about 650 acres. Many growers also became part of the Ocean Spray collective, strengthening cranberry production as an important economic driver in the area, Millard said.

The cranberry’s heritage has long been celebrated on the Peninsula, starting with the Cranberrian Fair held in the 1920s. During that harvest festival, Millard said, farmers showed off their harvest, local crafters brought their wares and baked goods were sold. The fair was discontinued with the Great Depression but resurrected about half a decade later by the heritage museum. The Cranberry Museum has participated as a partner for several years.

“We all work together to get people to come to the peninsula, have a good day, and get to know more about cranberries,” Millard said.