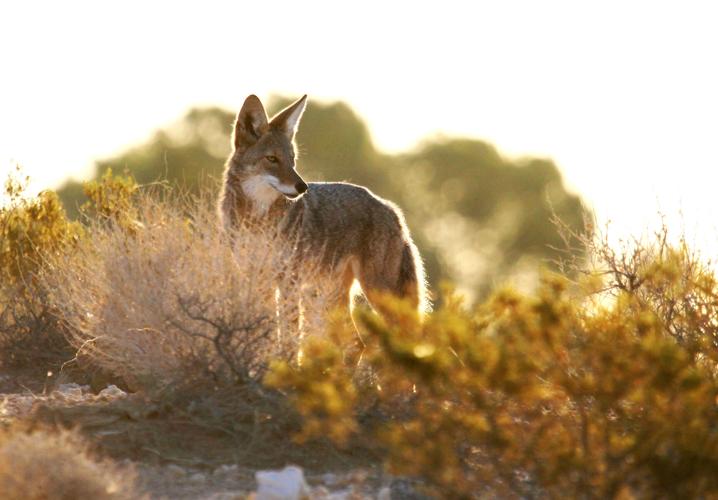 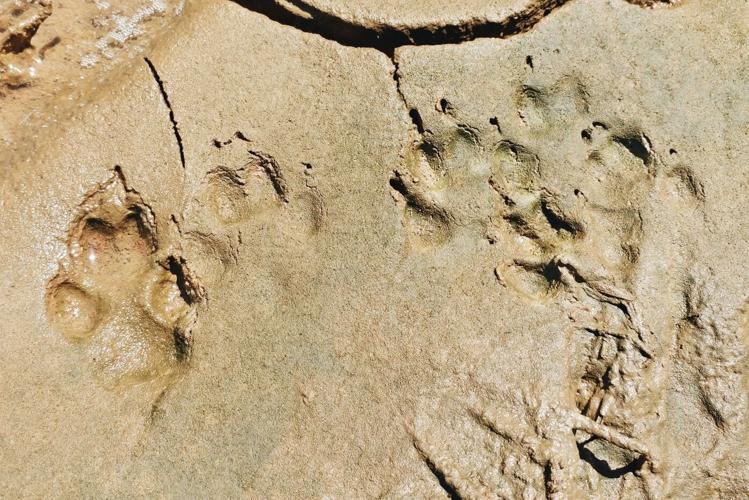 Coyote tracks in the sand.

I am fortunate enough to live on a farm owned by some friends on the Long Beach Peninsula. All of us are nature-lovers and while we have an assortment of domestic animals and plants, there has also been a lot of local habitat restoration to support native wildlife.

Charismatic megafauna include the usual suite of Columbian black-tailed deer, along with the occasional Roosevelt elk and black bear. A little smaller – but no less thrilling when I see them – are our local pack of coyotes who den on the farm and can often be found near Loomis Lake.

I was fortunate enough to see one of these critters run across the driveway early one morning as I drove over to the barn. Coyotes are among my favorite local wildlife species, with golden eyes and neat steps, melting into the forest. While we’ve lost a few poultry to them over the years, our response has stopped short of shooting – only building a stronger fence.

It’s the tithe we pay to the wilderness for using this section of land for growing food. If the worst that happens is the occasional disappearance of one of my chickens, it’s worth it to live in a place that’s still wild enough to have coyotes.

A new local species, coyotes primarily lived in prairies, sagebrush steppes and other dry, open places until the decline of the gray wolf in the United States. Wolves, in direct competition with coyotes for some food sources, keep populations in check. But nature abhors a vacuum, which means that when the local extirpation of wolves left ecological niches open, coyotes stepped in to fill those paw prints.

Often inaccurately called an invasive species, this clever animal is actually more of a responsive species. Coyotes naturally live in adjacent areas and simply moved over as colonizing humans chewed up land for agriculture, timber, mining and other development, driving wolves into more remote areas.

And that is the power of the coyote – adaptability. Wolves need larger territories and are more likely to hunt in large groups. They’re less tolerant of human activity. Coyotes, on the other hand, will hunt in pairs but are more likely to go after small game alone.

Omnivorous and supreme scavengers, they often have to risk attacks from larger predators when scavenging carrion, so they’re used to dodging out of danger. Shooting coyotes in the name of population control only results in larger litters next year to replace them.

And coyotes aren’t just finding territory in rural areas vacated by wolves, but have been taking up residence for decades in cities along with raccoons and opossums. They can survive and thrive on almost any diet, from fruit to pet food, trash and rats.

Not that they’ve been welcomed into their new digs with open arms. The same disproportionate, even fanatical loathing that drove many to kill wolves has since been turned toward their smaller cousins. Books like Hope Ryden’s “God’s Dog: A Celebration of the North American Coyote” follow in the footsteps of Barry Holstun Lopez’s “Of Wolves and Men,” exploring just why, among all the inconvenient wildlife, these species draw an extra dose of violence and hate.

It’s a shame, because they’re an important part of many ecosystems, especially given the loss of wolves. Coyotes are effective hunters of rodents and other small mammals, and are crucial to keeping their numbers in check. But they’ll also go after young deer, especially important as deer populations across the United States have skyrocketed, causing damage to ecosystems from overbrowsing and more deer-caused auto accidents.

But we shouldn’t value animals only for what we can get out of them, financially or otherwise. That extractive way of seeing the natural world is at the heart of how humans have managed to disrupt so many ecological balances. When I see a coyote crossing the farm, I don’t think of chickens lost or about future predation.

Instead, I smile at the many relationships this savvy animal has made in the local ecosystem, picking up the slack left by its wolf cousin. I appreciate its beauty and marvel at its many evolutionary adaptations, just one of many incredible and varied wild beings I have the privilege to share this world with.