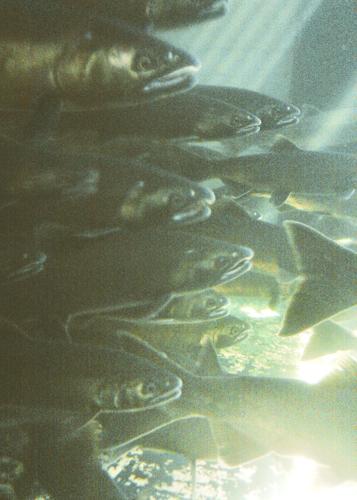 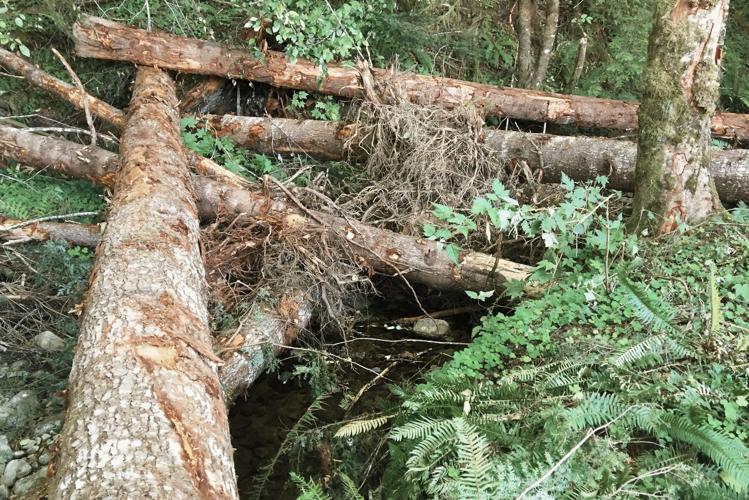 Pacific salmon, vital to Northwest life throughout history, currently face a host of climate-centered threats. Warming water temperatures, pollution, development and extreme spring flooding – just to name a few – are putting salmon species at risk. Fortunately, there are plenty of ways to help the iconic fish.

Wildlife can be quite resilient, provided a suitable habitat. Pacific salmon are born in clear, cold freshwater streams and rivers, where they dwell before migrating to estuaries and ocean waters – all threatened by human activity.

And this isn’t limited to the water. Adjacent land is crucial to water health. Healthy land-and-water ecosystems prevent soil from running off into the water, which keeps salmon eggs safe. Plant life also helps to keep water cooler in hot temperatures, which protects salmon from overheating.

Every acre of preserved land around salmon habitat helps to keep these magnificent fish alive. Whether that’s public land, land held by tribal communities, or privately-held land, it all adds up. Anything that benefits one ecological dimension will have rippling positive effects on others, to include salmon.

And habitat restoration, while intensive, is worthwhile. With few pristine ecosystems left, it’s necessary to restore as much terrestrial and aquatic habitat as possible.

Many restoration projects involving salmon are centered on immediate habitats as well as bordering streams and riparian zones. Artificially-straightened waterways can have their bends and turns restored, woody debris can be added and native plants reintroduced to prevent erosion and provide crucial shade and shelter to young salmon.

But just as with habitat preservation, restoration doesn’t just stop at the water’s edge. Streams and rivers capture and move water that drains from an entire watershed, sometimes many millions of acres. Precipitation that falls on that land will carry with it soil, debris, pollutants and anything else it encounters.

Moreover, ecosystem health on that land will help determine how water will be captured and moved. A badly damaged ecosystem, such as a clearcut forest, will not be able to hold and slow the flow of water in the same way that an intact, established forest will.

So even restoring a small patch of forest or meadow habitat at home or as part of a volunteer effort creates a positive effect on everything downstream from that place. And if there happen to be salmon in the water downstream, you’ll be helping them, too.

One contentious piece of habitat restoration involves dam removal. While dams historically have been used to reserve water for human use and to produce hydroelectricity, they are a disaster for salmon, creating barriers that prevent migration to spawning grounds, leading entire runs to go extinct.

While fish ladders can help some salmon bypass the dam, others fail to navigate the artificial channels. Dams also slow down the flow of rivers, causing water to warm to dangerous levels, and remove currents that help young salmon swim out to the ocean. In many ways, dammed rivers are nothing more than lines of large lakes.

The push to remove dams promises to help restore salmon habitat and improve conditions for them as they migrate to and from the ocean. And again, every bit of restored habitat increases these fishes’ resilience in the face of climate change. For more ideas on how to help salmon, feel free to email me at naturalist@rebeccalexa.com – I’m happy to discuss ideas.

Salmon are an exceptionally important part of the Northwest, ecologically, culturally and economically. While these keystone species are worth protecting in and of themselves, saving them will have many positive impacts on other living beings.