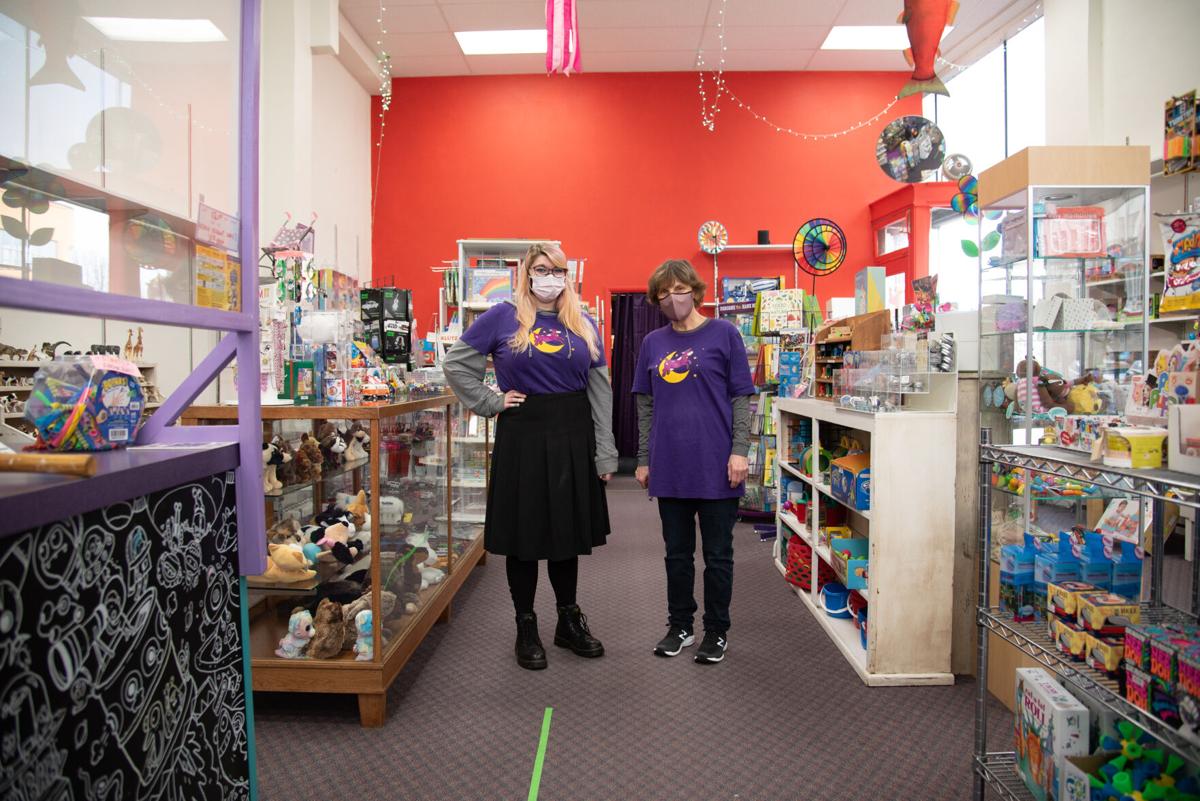 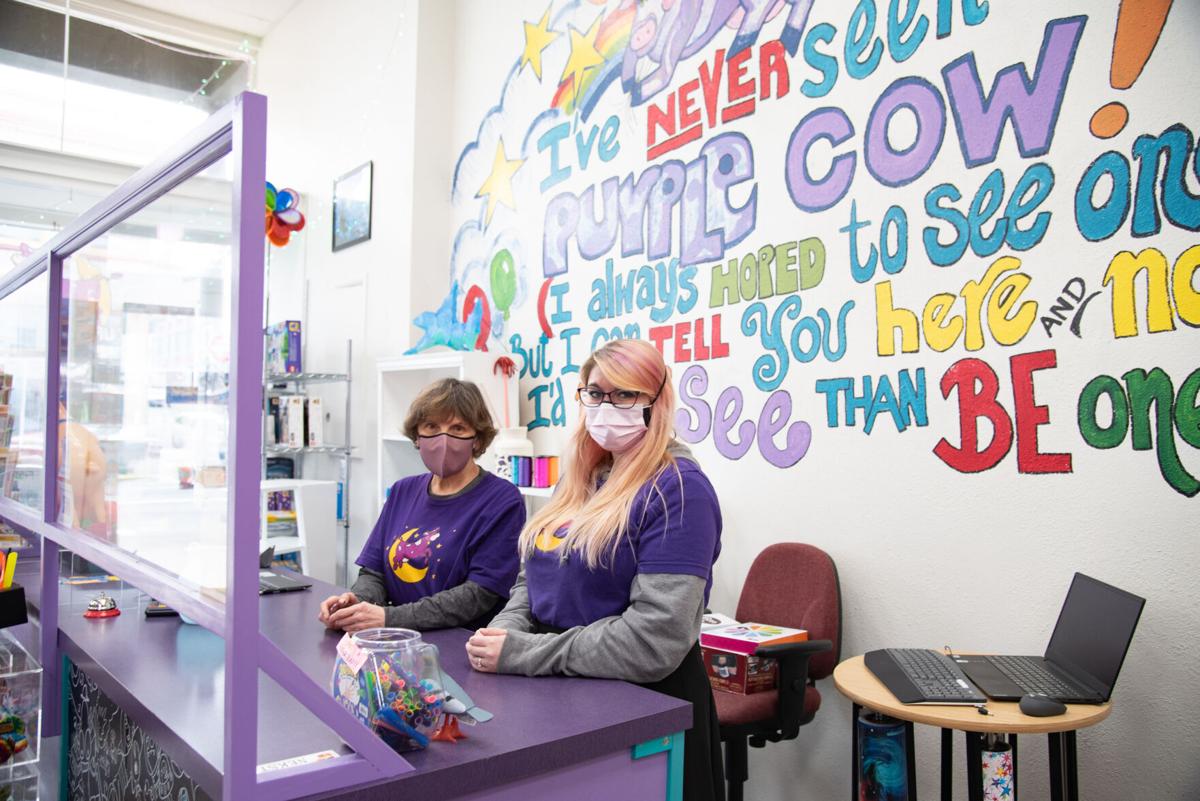 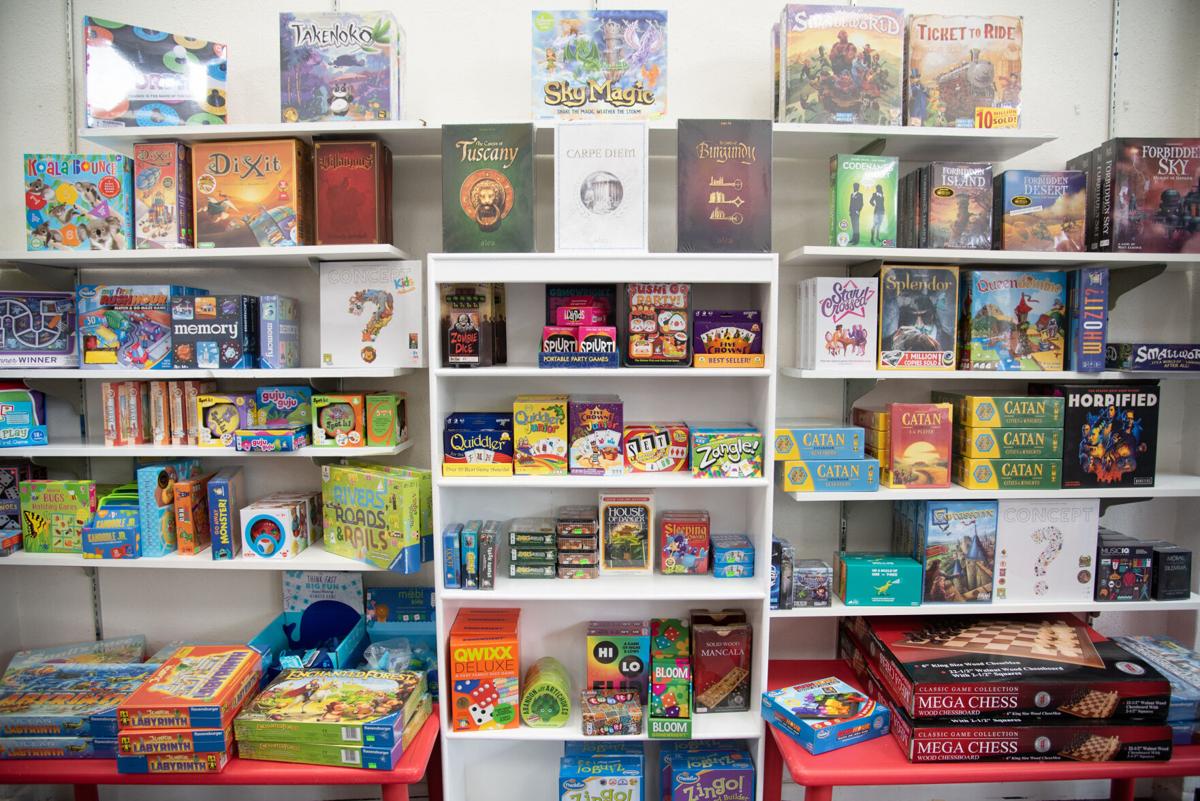 Purple Cow Toys has dozens of board and card games for sale. 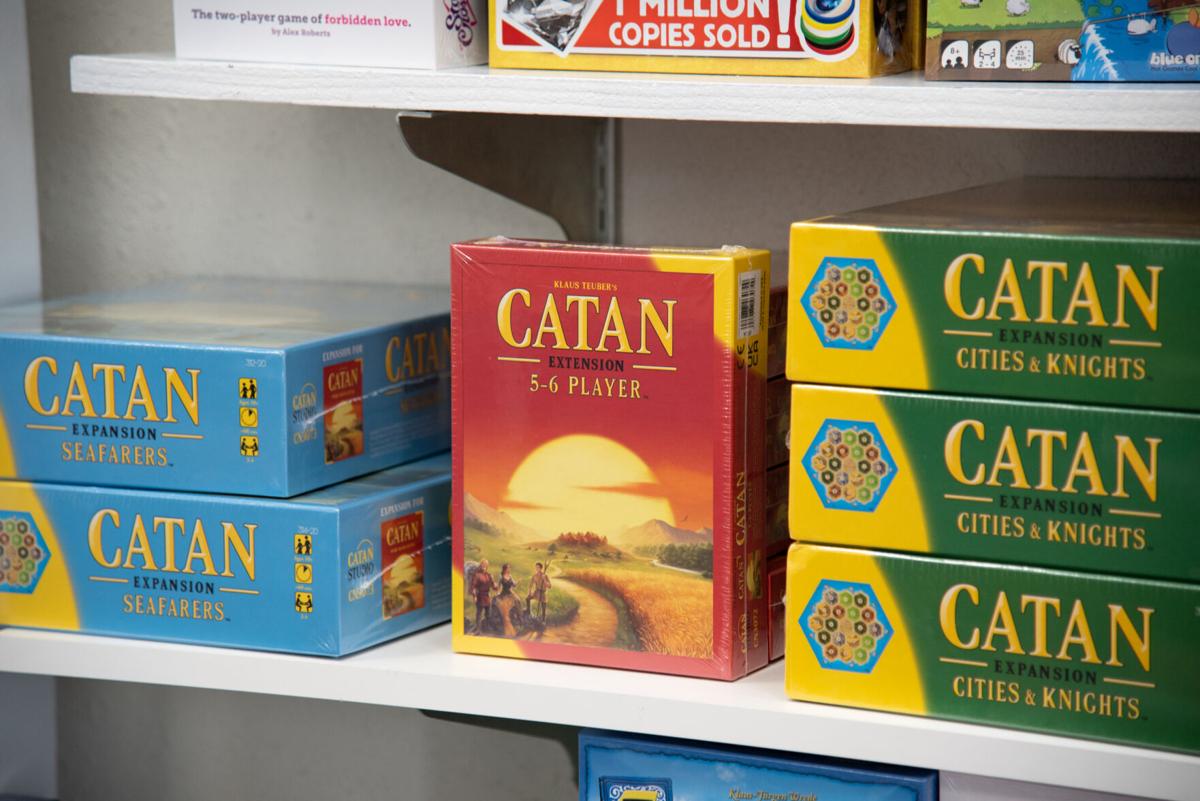 The Settlers of Catan is a popular strategy board game sold at Purple Cow Toys. 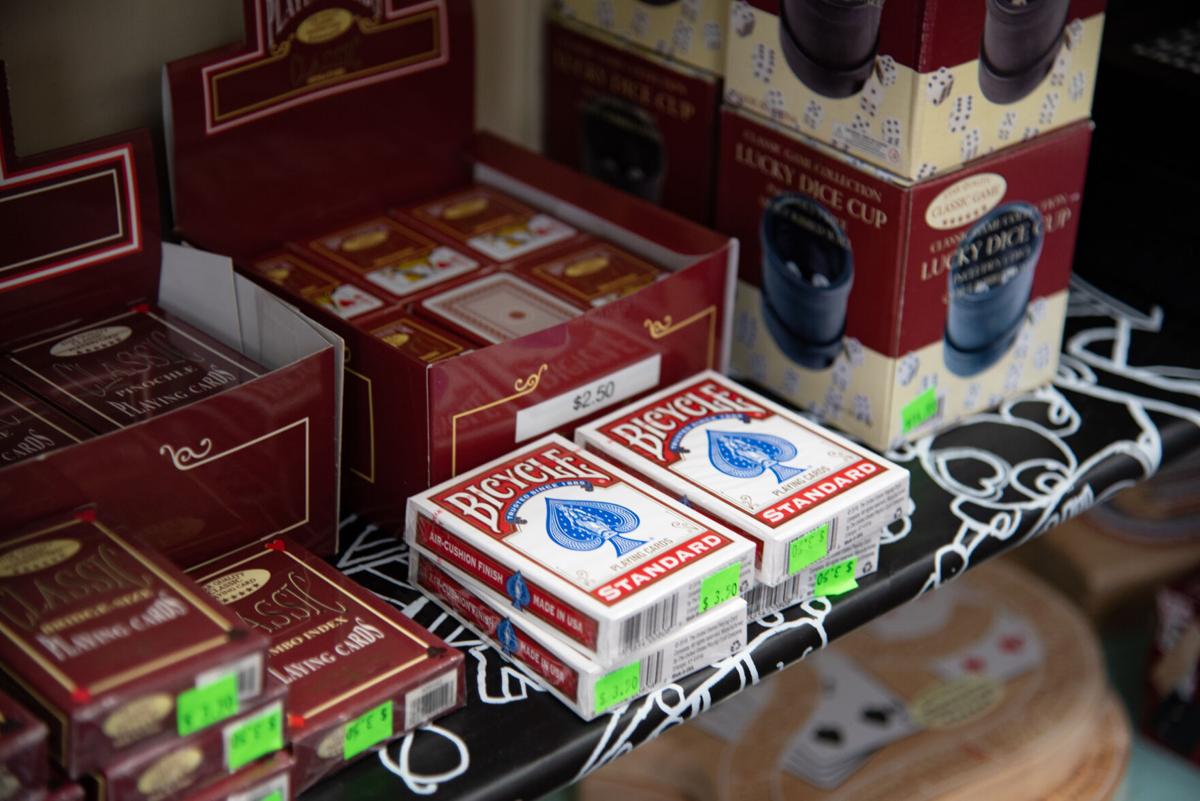 Anyone who thinks Pokémon was just a fad should think again.

“A bunch of YouTubers have set the Pokémon world on fire,” said Chris Holloway, owner of Bonsai Hollow. “Pokémon is beyond crazy. All the American distributers are basically sold out of the cards — it’s got so hot.”

Holloway opened Bonsai Hollow in downtown Astoria with sons Chris and Mason Quashnick-Holloway last summer. Pokémon is one of many games that local game shops have seen rise in popularity during the coronavirus pandemic.

“We have had to source the Japanese versions because the English-language ones sold out,” Holloway said.

Pokémon, or pocket monsters, originated in Japan in the 1990s. The game morphed from being an imaginative Nintendo GameBoy option to a multi-million-dollar phenomenon featuring video games, collectible trading cards, anime shows and movies. Pokémon celebrates its 25th anniversary this year.

“Dungeons and Dragons has been around since I was a kid in the 1970s but there are newer versions (that are) probably cooler,” he said.

The store sells Dungeons and Dragons figurines that gamers can paint, plus game guide books, dice and other accessories. The game has been popular for adults and kids, Holloway said.

“There’s a lot of adults approaching their 50s who are buying cards for their younger kids and 20- to 30-year-olds buying cards themselves,” Holloway said.

“We are selling a ton of dice sets,” he said.

Magic: The Gathering has its fans, too. The game has been a popular purchase at Bonsai Hollow and Seaside game store Stalking Dragon Games and Comics.

“It’s a similar card-deck game with creatures and spells and cards and you have to basically play by knocking people’s pieces,” Holloway said.

Magic: The Gathering started in the 1990s and features thousands of cards which users can pick and choose from to build decks to play against other players. The game often features themed card sets. One of the most popular sets locally is called “Ikoria: Lair of Behemoths.” The set’s cards feature giant beasts that “fight for survival while humans hide at the bottom of the food chain.”

Downtown Astoria game store Purple Cow Toys has seen trends ebb and flow in Astoria since 1995. Its manager, Logan Dahlen, believes while they are fun, interest in these games builds character.

The Choose Your Own Adventure Games, based on a book series, and Rubik’s Cube, the three-dimensional colored twist-cube puzzle which dates back to 1974, have their adherents. So do trivia games.

Dahlen and Murray have also noticed an upsurge in “fidget” toys and anything squishy like Nee Doh balls and mochi figures.

Toymakers are dreaming up new games, too. For adults, Moral Dilemma, which makes players rethink certain choices, and Red Flags, a card game which makes participants selecting the best romantic partner out of a crop of bad options, are popular. So is Exploding Kittens.

“The game is a lot like if Russian Roulette and Old Maid had a baby — you don’t want the Exploding Kitten in your hand,” Dahlen said.

But while other games and products have become trendy, board and card games have not gone out of style.

“We saw an interesting trend of people going back to their roots and filling their lives with comforting nostalgia by adults introducing the games they used to play as kids to their own children and people picking up the games their parents used to love,” Dahlen said. “These are ‘oldies but goldies’ like Risk, Monopoly, Clue, Yahtzee, Farkle, Checkers, Chess, Backgammon, Cribbage, Mancala, Rummy, Candy Land, Guess Who, even Uno, Phase 10 and Skip-Bo.”

Puzzles, another classic, also continue to be popular at Purple Cow. The store has recently highlighted German-made Ravensburger jigsaw puzzles, which owner Katie Murray said are popular because of the puzzles’ quality artwork.

The puzzles range in size from nine to 3,000 pieces.

“We’ve seen a cute trend of puzzle groups popping up here and there — people finishing their puzzles and then breaking them apart, boxing them up and sending them to the next family to complete,” Dahlen said.

Dahlen has also heard of customers using video chats to play games with each other while socially distanced.

“The phenomenon of Zoom being integrated into everyone’s lives this year has been a bit of a game-changer,” she said. “It’s interesting to see how people are playing games from miles apart — and they’re really figuring it out — whether they’re playing the game as-is, tweaking the rules or conjuring up something new altogether.”