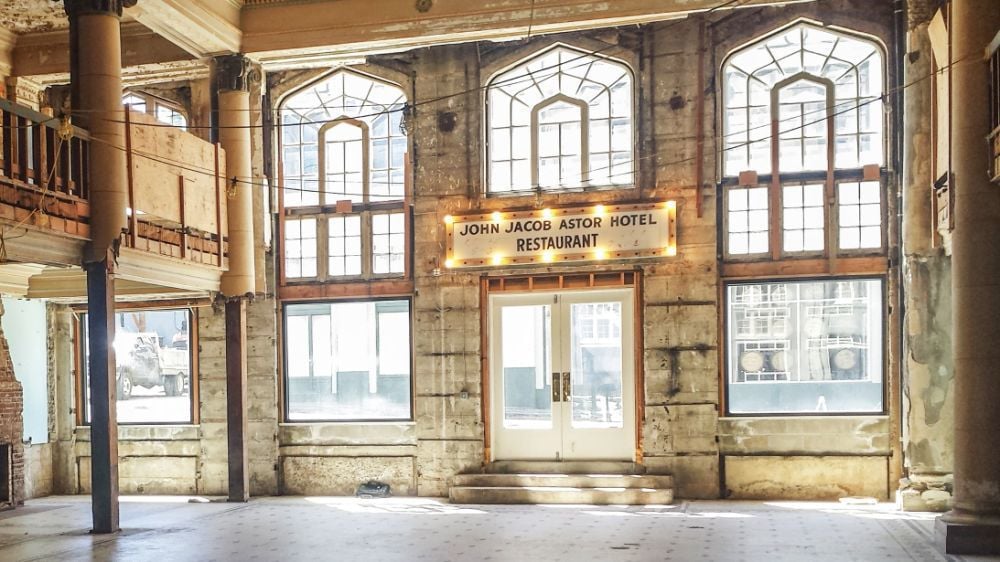 The Ruins in the old Hotel Astoria. 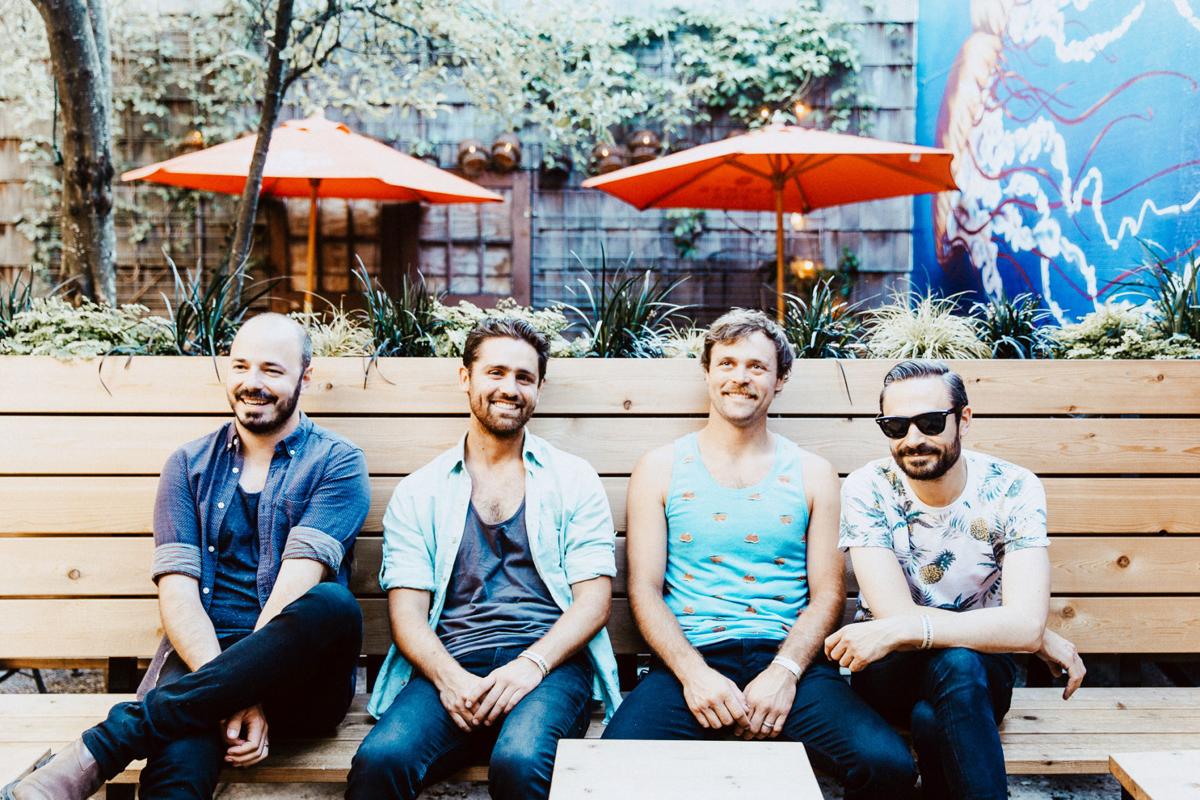 The Holiday Friends band will play at the Ruins at 9 p.m. Saturday.

The Ruins in the old Hotel Astoria.

The Holiday Friends band will play at the Ruins at 9 p.m. Saturday.

If urban decay is up your alley, you’ll want to mark the date of the second annual Welcome to the Holiday Season Party at 9 p.m. on Saturday when The Ruins at the old Hotel Astoria, will be open to the public, ages 21 and up. This community appreciation event drew over 400 people last year in celebration of the end of a busy tourist season and the beginning of the holidays. Dance to the sounds of Holiday Friends and enjoy beverages donated by Fort George Brewery and Buoy Beer.

For history lovers like myself, one of the main draws is the rare opportunity to access the Ruins at the Astor Hotel, our town’s swanky venue usually reserved for private events. The history of this building retraces the economic history of Astoria itself, with all its ups and downs.

Construction on the Hotel Astoria began in November 1922, but only a month later, of course, the cataclysmic fire destroyed downtown Astoria leaving the construction site in ashes, with many of the building’s original investors just as financially ruined. New investors redesigned the plans created by Portland architects Tourtellotte & Hummel, increasing the height to eight stories, which made it a veritable skyscraper at the time, and one of the tallest buildings on the Oregon Coast. Determined to make the now “fireproof” hotel a showpiece, the designers saw the edifice as a symbol of Astoria’s pioneer heritage and its ability to rise from the ashes of calamity.

For many years, the white and gray building served as a hub for business and social activities, boasting convention and meeting spaces in addition to guest rooms and residential apartments. However, hit in quick succession by the Great Depression, World War II and prohibition, the Hotel began to struggle as it attempted to ward off prohibition agents, labor troubles and military police. After the completion of the Sunset Highway in 1949, Portlanders could access the coast without driving through Astoria, and patronage continued to decline.

Attempting to revitalize the building in the 1950s, owners renamed it the John Jacob Astor Hotel and painted the entire structure pink, but these stylistic alterations did little to combat postwar decline. The IRS closed the hotel’s restaurant and the “Fur Trader Lounge” in 1968 for tax delinquency. The same year, city officials condemned the building as a public nuisance and fire hazard and ordered it vacated. Narrowly avoiding demolishment in the late 1970s, the County government sold the building at auction before a group of passionate local historians succeeded in adding the structure to the National Register of Historic Places.

“Formerly the pride of Astoria,” the Sunday Oregonian described it in 1983, “the once-elegant inn now houses only frequent trespassers and serves as a haven for minor-in possession juveniles with little to do on an Astoria Saturday night.” Dubbed the “pink elephant” by locals, Astoria’s mayor Bob Chopping told a reporter that, “Citizens must have realized after all these years, chances of renovation is nil.”

But apparently Chopping did not fully understand this city’s persistent spirit nor its affection for lost causes, because in spite of his prediction, the popularity of the Astor Hotel building rose from the ashes once more.

In 2010, Paul Caruana, who is responsible for the restoration of a number of historic commercial properties in town, took charge of full scale renovations that included a return to the original color scheme. Since then, commercial spaces have filled at a steady clip. The original Grand Lobby was reborn as The Ruins, featuring eight Corinthian columns supporting a stunning mezzanine. Many of the original Gothic details have been preserved, and the designers wisely chose to leave the space in a state of decay evocative of the building’s rough history and defiant elegance.

You may or may not remember all this by the time you’ve had a few beers and taken a turn around the dance floor, but the chance to see this building for yourself and mark the end of the tourist season is something we all can celebrate.

Welcome to the Holiday Season party

Accessing the beautiful and romantic ruins that are located at the old Hotel Astoria was extremely rare opportunity that I got last year. You must Click This Link to get more help with your college essays. Exploring these ruins was one of the luckiest opportunities which I got as a history lover provided by that community appreciation event for which I am grateful.