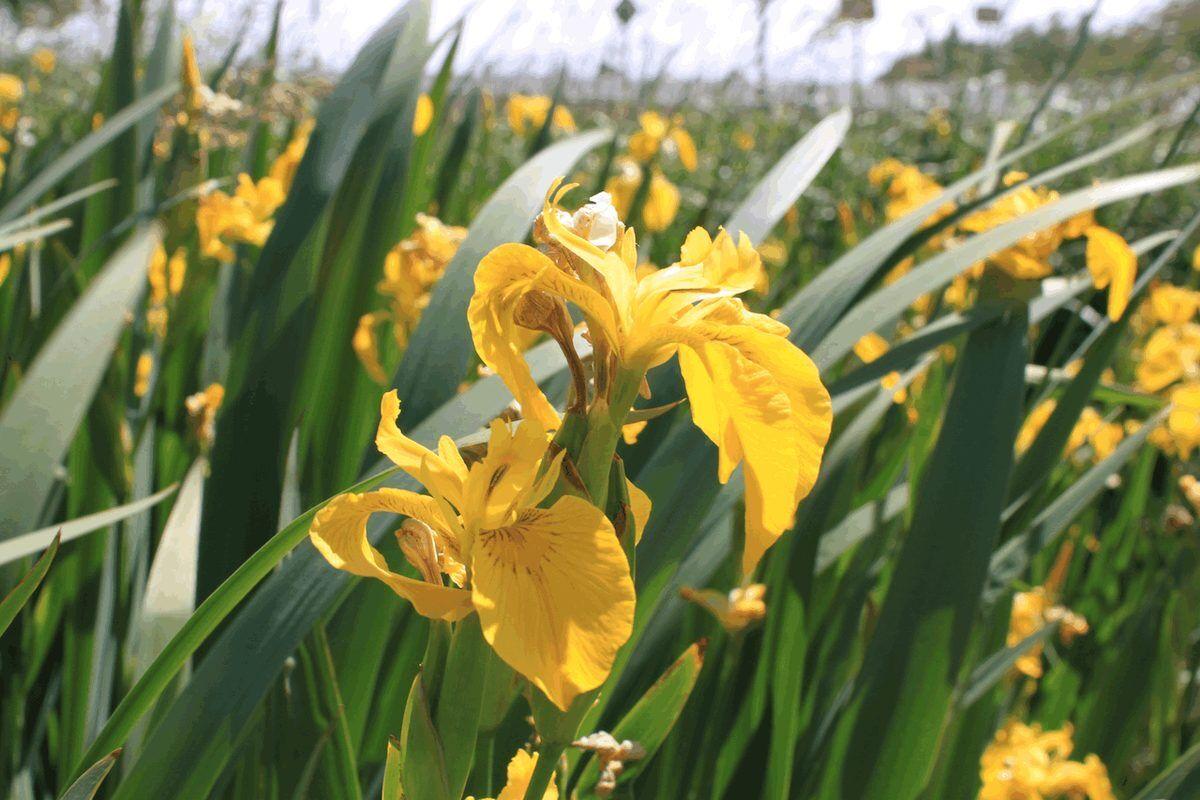 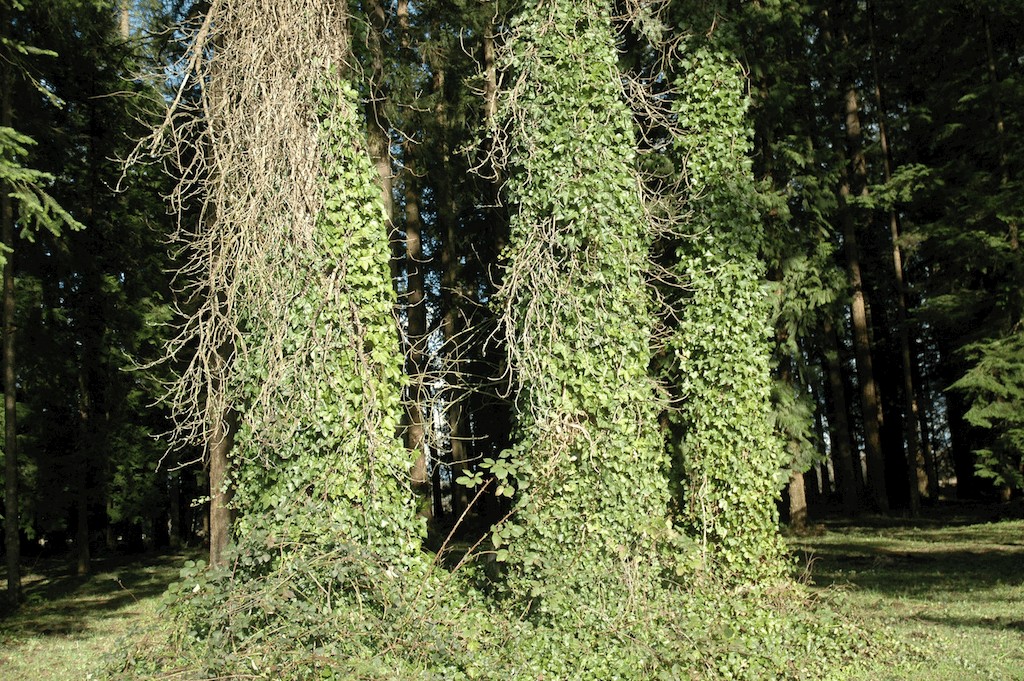 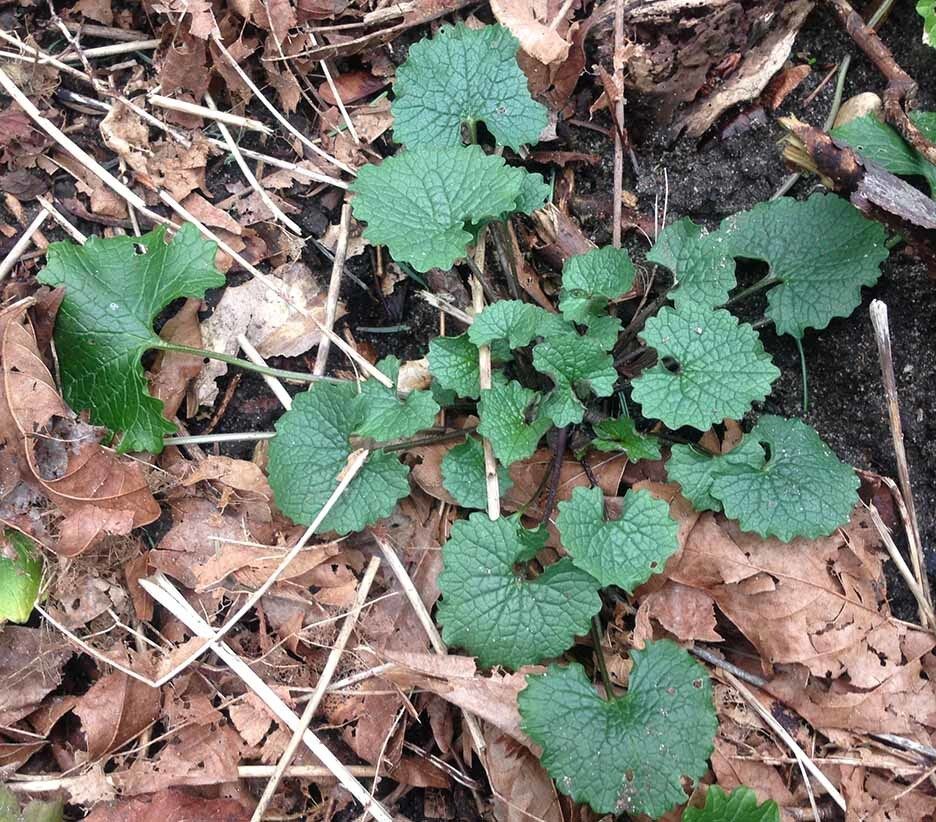 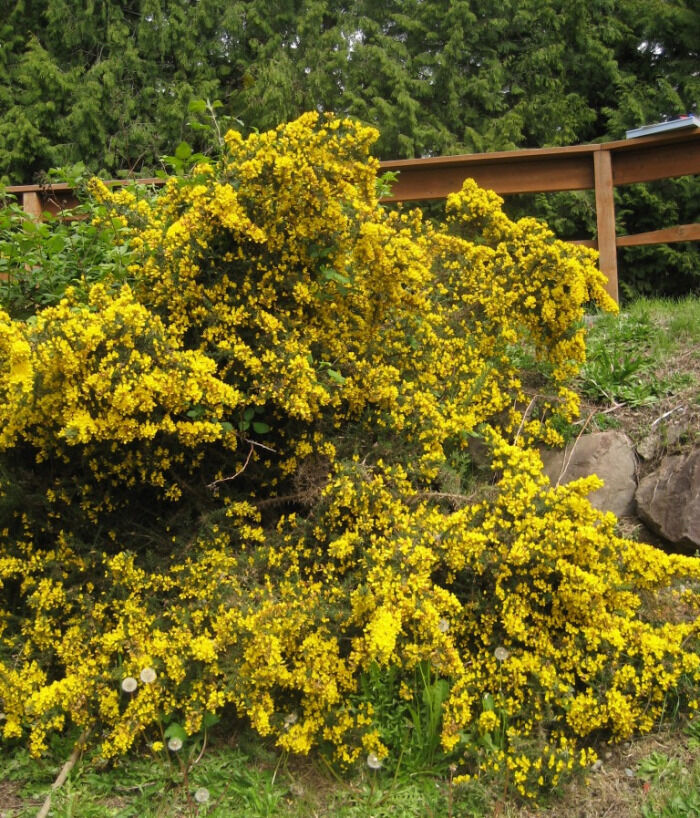 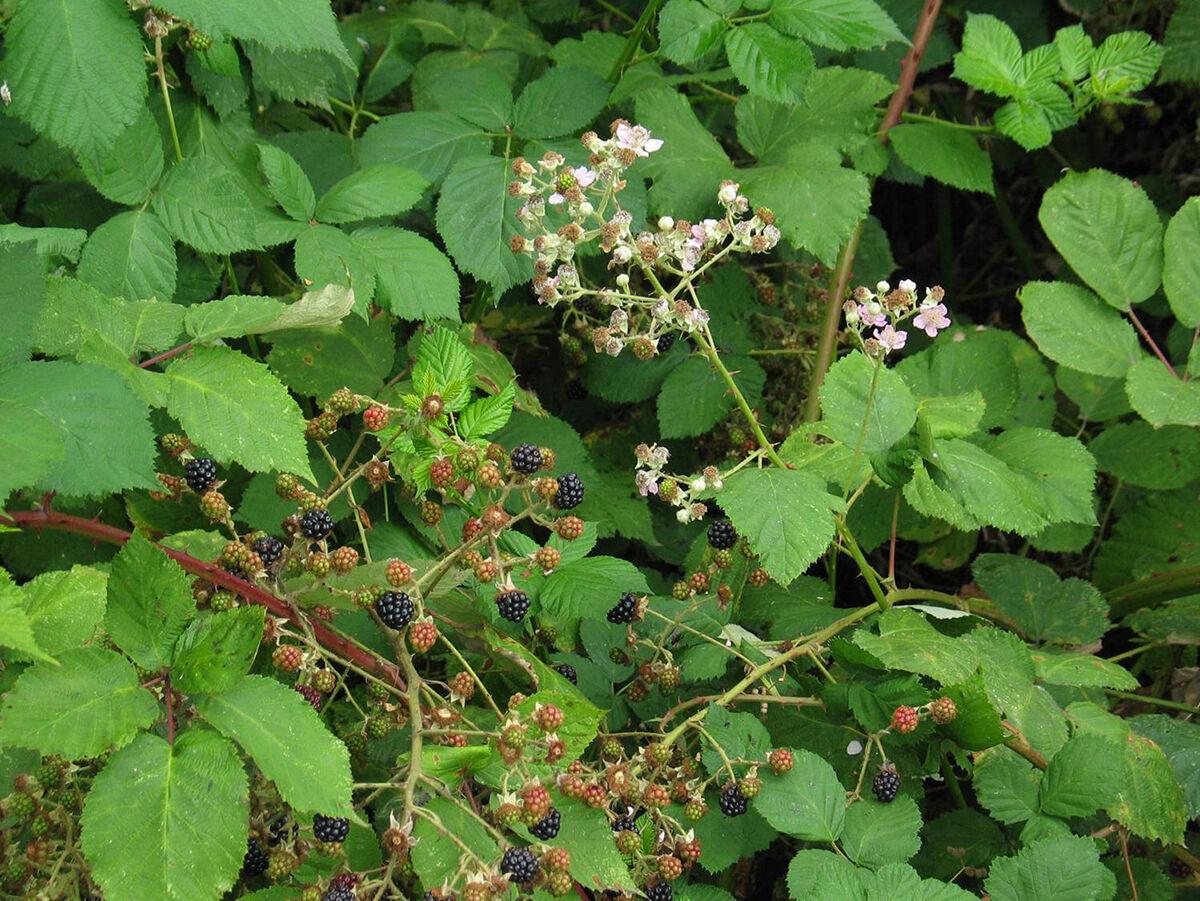 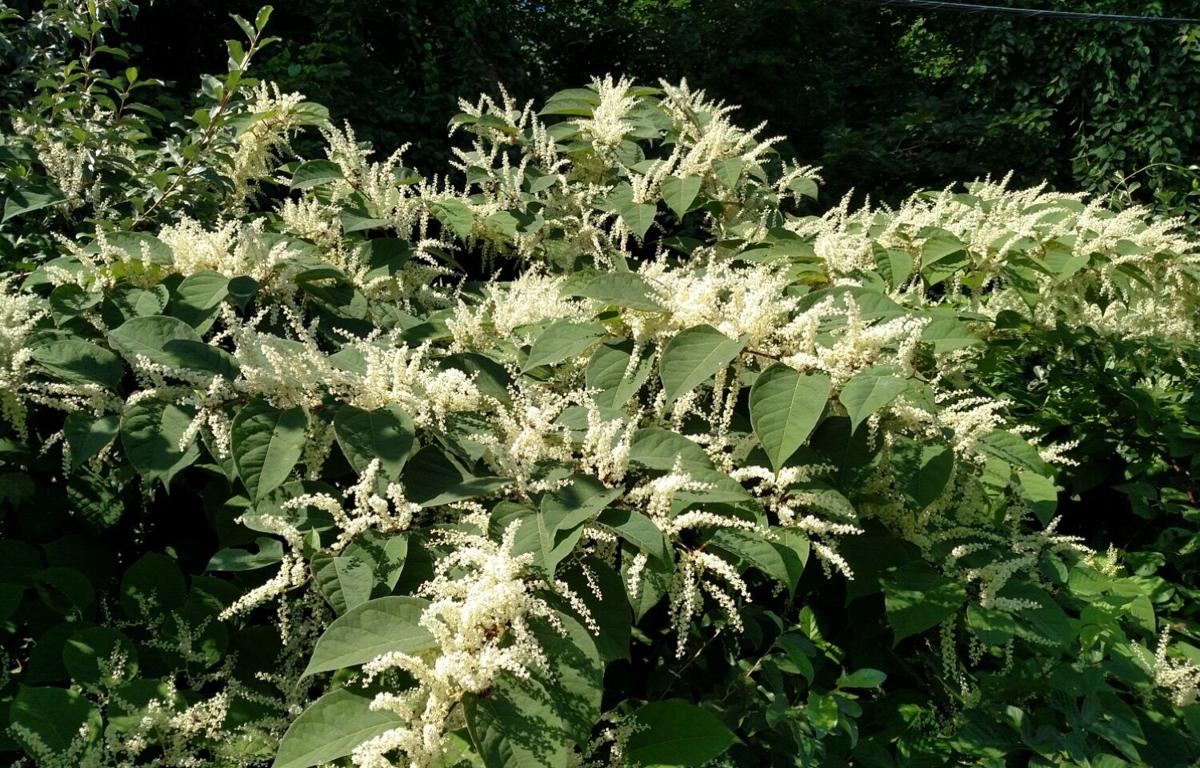 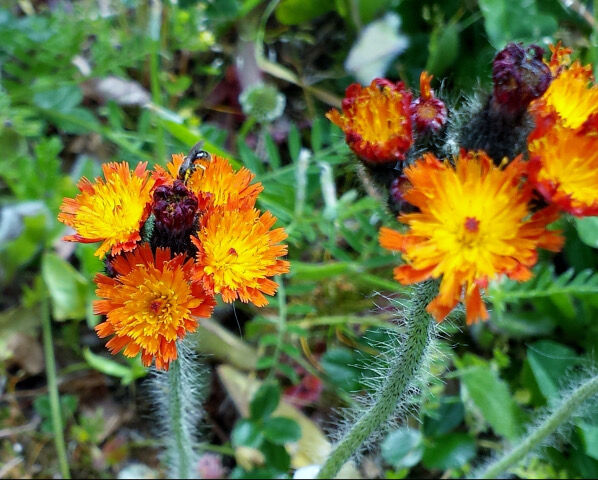 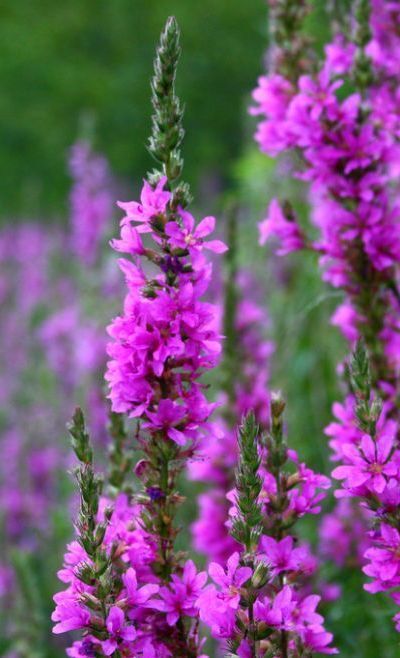 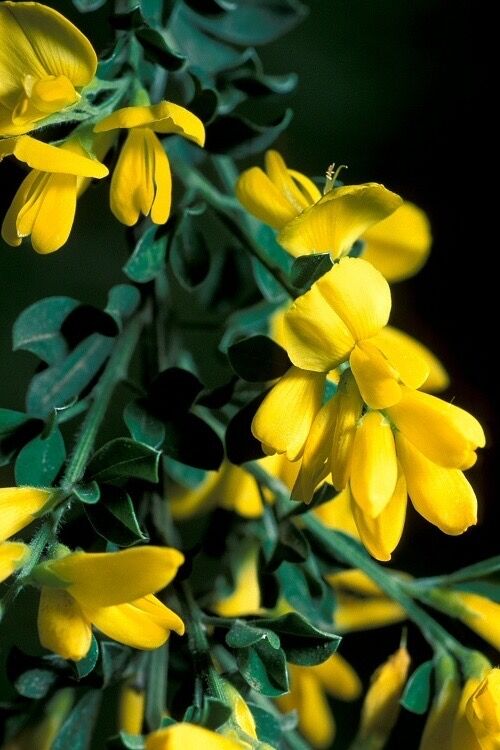 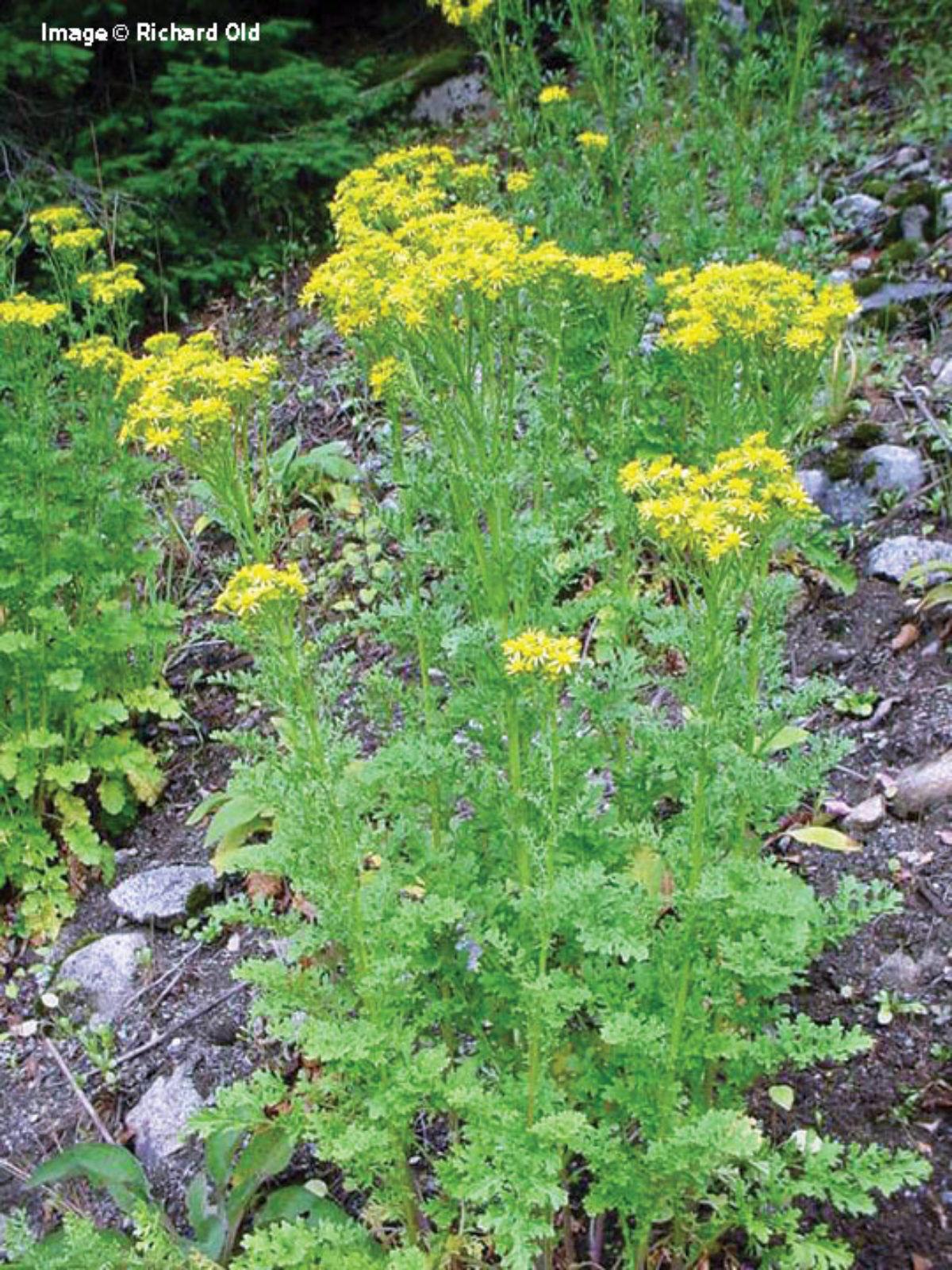 The Terrible 10 lists the most noxious and even toxic plants threatening the North Coast’s native ecosystems. Many offenders have been here for a century or more. Most escaped from cultivated garden environments. They readily form exclusive monocultures, clog waterways and block the sun to native plants.

Invasive plants have always been with us in the Northwest. These top 10 are among the most visible enemies of indigenous vegetation.

Since its introduction to the west in the 1850s, Japanese knotweed has become a scourge of Europe (26 countries) and the U.S. (36 states). It grows to 8 feet and spreads through tiny rhizomes in the soil. Once started, experts say, it is beyond the average gardener’s ability to eradicate it. Some stands take up to 10 years of the most poisonous herbicides to eradicate. It’s edible but not widely used.

This is likely the most visible of all the baddies in the Northwest, especially on the North Coast. Bright yellow pea-like flowers burst from the grayish-green plant, which can reach 10 feet. It colonizes any empty space between native plants and eventually takes over. Eradication is problematic since it reproduces by thousands of black, oily seeds that are viable in the soil for up to 50 years.

The Northwest is covered with this caneberry shrub. Its dark green leaves close out light for native plants. The canes can reach 40 feet. It produces huge, impenetrable brambles that annoy farmers and gardeners alike. It’s controlled by digging up the rhizomes, often with the help of a bulldozer. On the positive side, its berries are delicious. Brambles have been known to cover up to 10 acres of productive pasture in as little as five years.

Photographs of great buildings covered in ivy are everywhere in history. In a controlled effort, hedera can be used as a decorative plant but, unchecked, it can destroy trees, buildings and fences, slowly ripping them apart. It reproduces while still juvenile and spreads by vegetative stem growth. In maturity, it produces thousands of viable seeds. Both humans and animals are sensitive to the oils these plants produce. Forest lands near human habitation everywhere in the Northwest are threatened by hedera. Fortunately, there are both public and private efforts to free tree stands from the threat.

Purple loosestrife is an emergent, aquatic plant that can reach 10 feet in height. It is an aggressive competitor. Once introduced, it can take over a large area in a matter of a few years. The lower Columbia River area, with its maze of islands, waterways and wetlands is a prime environment. Many uninhabited lower Columbia islands are overrun with this plant.

Commonly called yellow flag, iris pseudocorus grows on the shoreline margins of lakes, sloughs and rivers. In late spring and early summer the bright-yellow flowers rim many of the shallow water areas on the North Coast. Collecting these flowers for a bouquet is not advised since resins and oils in them are skin irritants.

Tansy contains alkaloid compounds that are toxic to horses and cattle. It’s a European native but has become ubiquitous worldwide. In pastures it’s characterized by bright yellow flowers on a 3- to 6-foot-tall, grey-green plant with a hairy structure on the leaves and a strong, distinctive aroma.

This European import, with its handsome little red/orange flower, is now one of the top targets for weed control efforts in the region. Many lawns in Astoria are infested and anywhere there is a sunny area of pasture or lawn is susceptible. It’s armed with three methods of reproduction that contribute to the invasive nature: windborne seeds, fibrous rhizomes and stolons.

As its botanical name implies, gorse is a European native that has been used in northern Europe for centuries as hedgerows to contain cattle. A legume related to peas and beans, it can survive in nearly infertile soils. Seeds can remain viable for over 70 years and each plant produces thousands of pods. Lord George Bandon, the founder of Bandon, likely didn’t realize that the plant he imported from Ireland would become such a scourge. In the dry September of 1936, a fire broke out in the dense stands of oil-laden gorse in the surrounding dunes. Bandon was nearly destroyed, killing 10 people.

Garlic mustard is known as Jack-By-The-Hedge in Britain, from where this herb likely originated in the Northwest. One likely place to find it here is at the margin edges of Himalayan Blackberry brambles. This is an extremely nasty, tenacious invader that invades not only disturbed ground like most of the other invasives but colonizes forest understructure, crowding out other forest plants. The biggest concern is the toxins that this edible invader leaches from its roots that kill native mitochondria which native trees need to process nutrients.