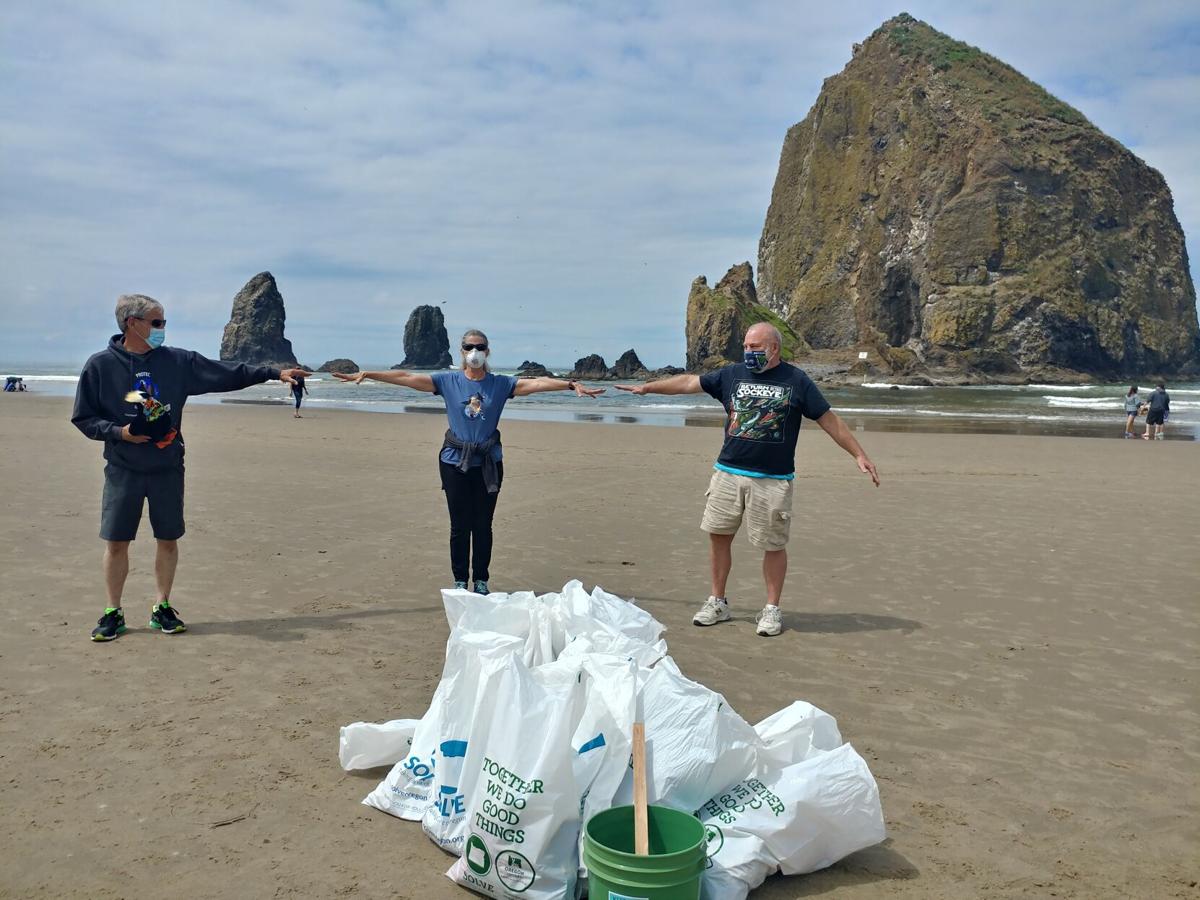 Volunteers at a recent beach cleanup in Cannon Beach. 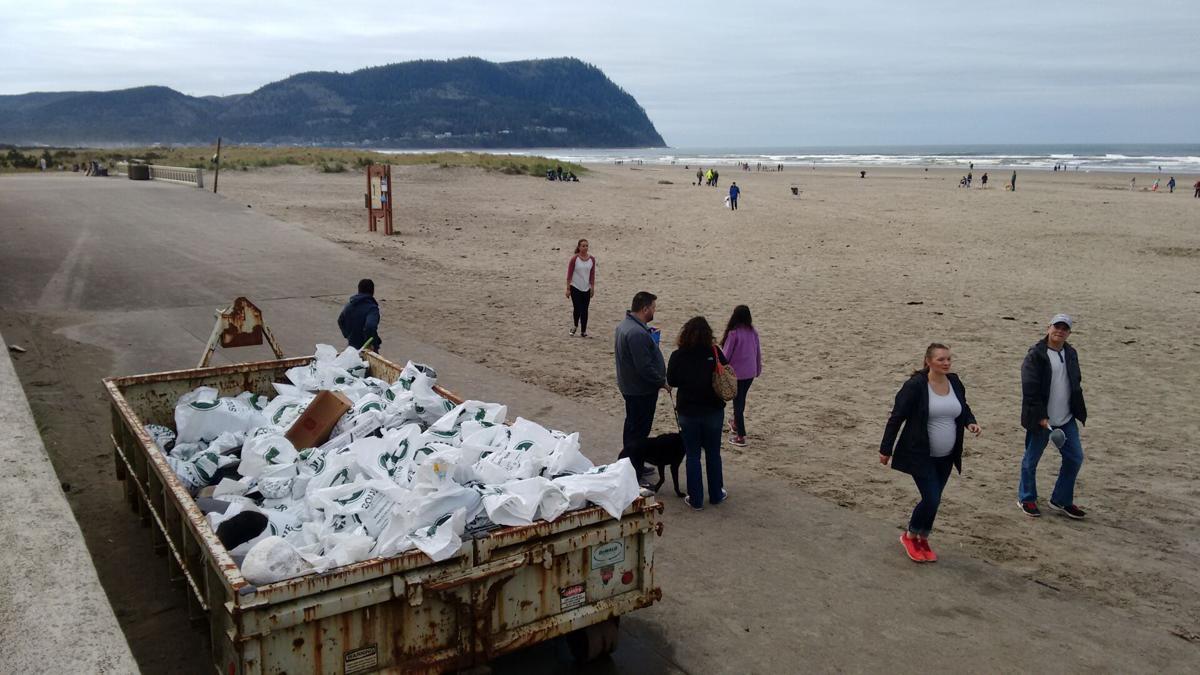 A dumpster of trash from a recent SOLVE beach cleanup.

Volunteers at a recent beach cleanup in Cannon Beach.

A dumpster of trash from a recent SOLVE beach cleanup.

Large-scale beach cleanup events have been temporarily stymied as a result of the coronavirus pandemic. Yet local and statewide groups are using new strategies to continue taking care of the ocean shore.

“The beach is still getting cleaned up, just maybe not as much and just in a different way,” said Dane Osis, an Oregon State Parks ranger and one of SOLVE Oregon’s 14 zone captains.

With summer winding down, SOLVE will soon be starting its Beach and Riverside Cleanup program, which changes the focus of volunteer events to litter removal and habitat restoration in Oregon’s watersheds, encompassing the beach, rivers and creeks.

Normally, SOLVE Oregon hosts two massive annual beach cleanups — one in the spring and fall. The cleanups bring thousands of people to the coast for the day to pick up several tons of trash.

“We’ve had to kind of reinvent the beach cleanup program to fit within (U.S Centers for Disease Control and Prevention) guidelines and what the governor is asking,” said Jon Schmidt, SOLVE program and education manager. Rather than encouraging people to go to the beach en masse, he added, “we’re looking at local communities to take care of their local parks and beaches.”

This year, both SOLVE and GrassRoots Garbage Gang on the Long Beach Peninsula are putting a greater emphasis on pushing their adopt-a-beach programs, which are relatively the same: volunteers, either as individuals or groups, commit to periodically cleaning their “adopted” portion of the beach. SOLVE encourages parties to clean their beach three times per year, while GrassRoots encourages a couple times per month. However, founder Shelly Pollock said, “When you’re asking a volunteer to help, you just say, ‘thank you.’”

SOLVE piloted its adopt-a-beach program with the state parks department in 2018 before officially kicking it off in November 2019. They’ve seen “an overwhelming response,” Schmidt said, with individuals, couples, families, service organizations and other groups claiming 60 beaches so far. In Clatsop County, they are still looking for additional groups, especially for areas north of Del Ray Beach.

GrassRoots’ program, which covers the 28-mile-long stretch on the Long Beach Peninsula, has been running much longer. Additionally, Pollock said, the community has built a culture around stewardship and cleaning up the coast.

“We’ve just got an amazing group of people who really care about where they live,” she said, adding because of strong community ties, people “want to love and protect our beaches, and frankly, love and protect each other.”

GrassRoots is continually looking for new volunteers, “we could use another dozen groups easily,” Pollock said, so that they can focus on smaller sections of the beach, and give more time and attention to targeting tinier pieces of debris.

“Those are likely even more important than the big ones,” Pollock said, adding they degrade quickly and disseminate into the environment, harming wildlife and ecosystems.

In place of the spring cleanup, SOLVE launched a series of summer beach cleanups that runs through August where SOLVE staff help small groups — such as families, homeowners associations and companies — plan scaled-down events. SOLVE helps groups schedule their cleanup and provides supplies like gloves and garbage bags. Additionally, Schmidt said, they coordinate a suitable place “to put the trash without burdening the parks department or municipal city and county sites.”

In July, SOLVE supported about 20 small beach cleanups in the North Coast, with roughly the same number planned for August, but as Schmidt said, “We have room for more beach cleanups this summer.”

“There are multiple options and different levels of commitment,” Schmidt said. “We would support a DIY cleanup, a company doing a small retreat project or you can lead a project and we can provide the leader training.”

Because the parks department is short-staffed this summer, they aren’t able to be as active as in the past, Osis said. Nonetheless, he’s seen numerous locals stepping up to serve as cleanup captains and help as individuals.

“The beaches are extremely important to Oregonians, they always have been,” Osis said.

Visit solveoregon.org to learn more about ways to volunteer and join a beach cleanup.