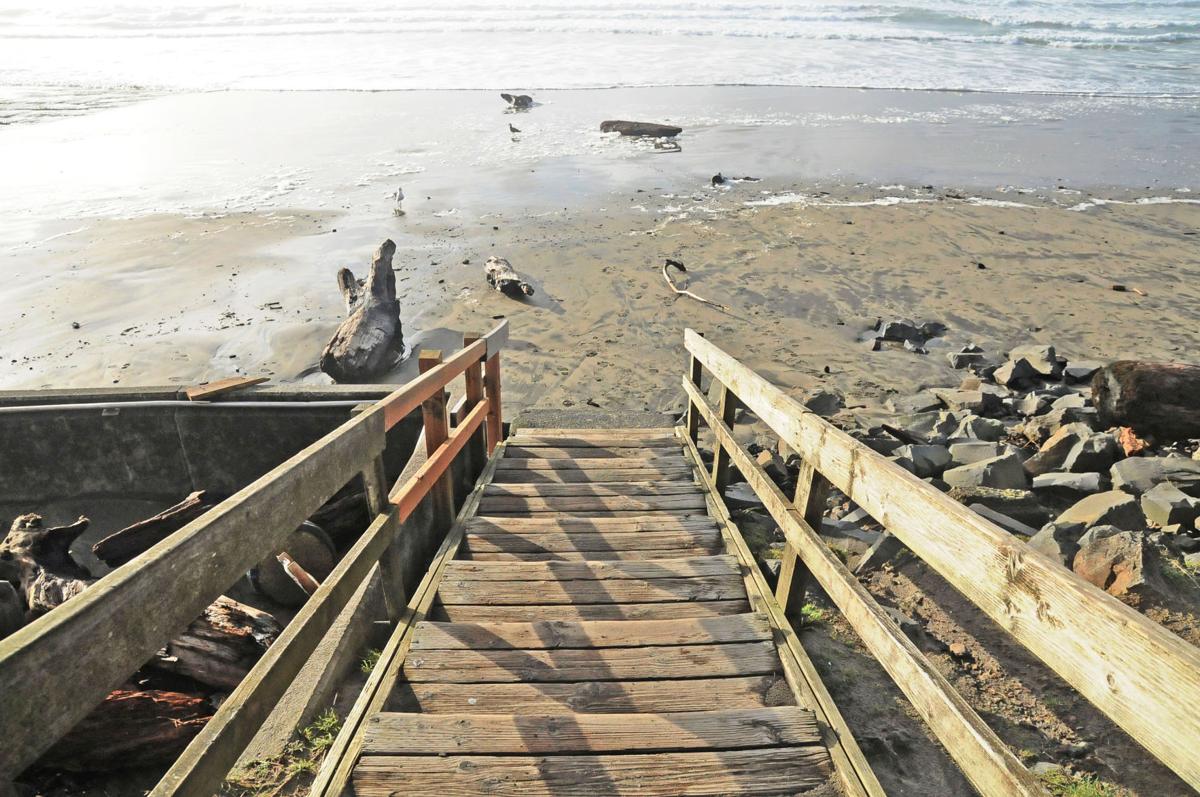 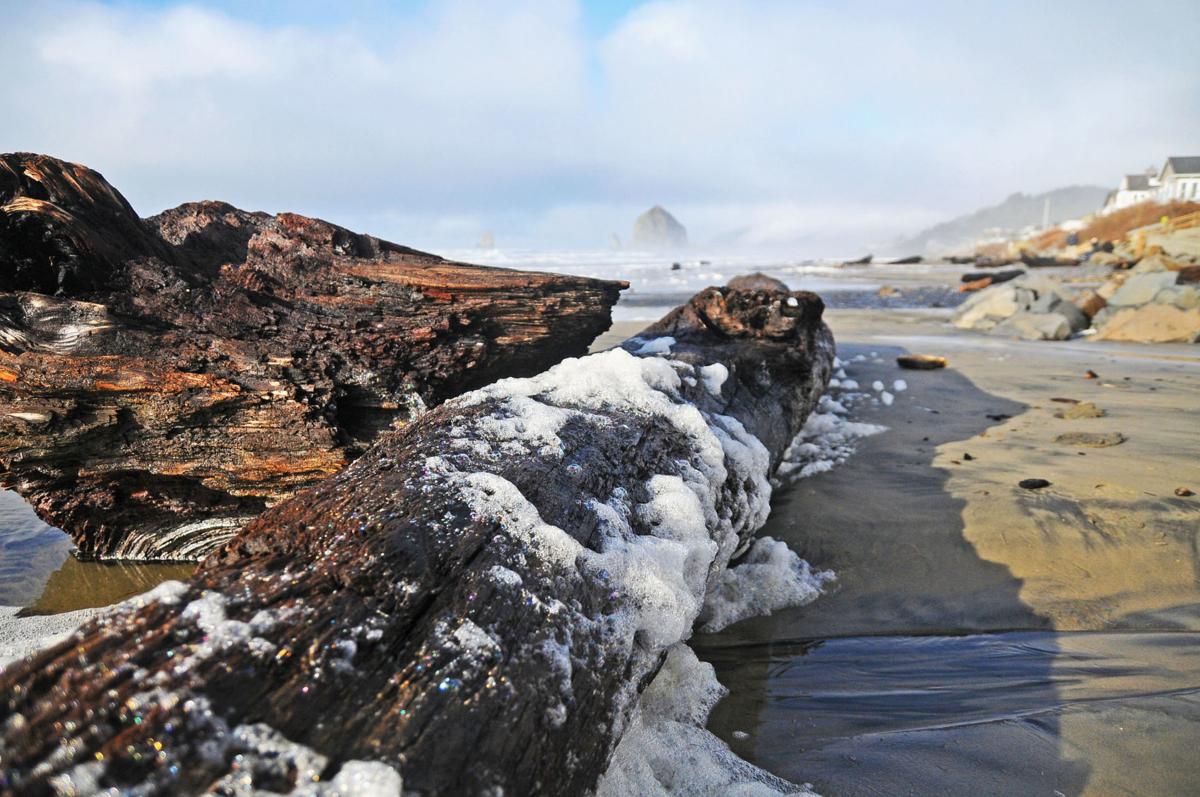 Foam bubbles on top of a piece of driftwood. 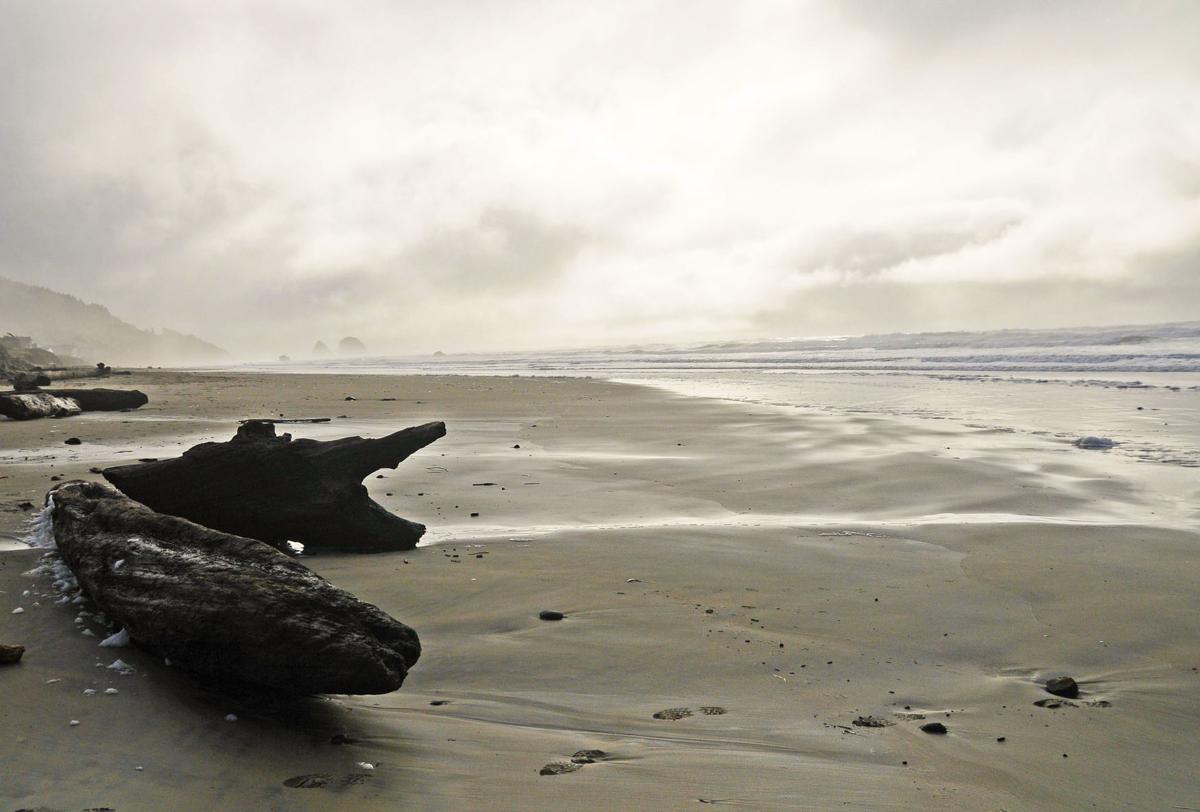 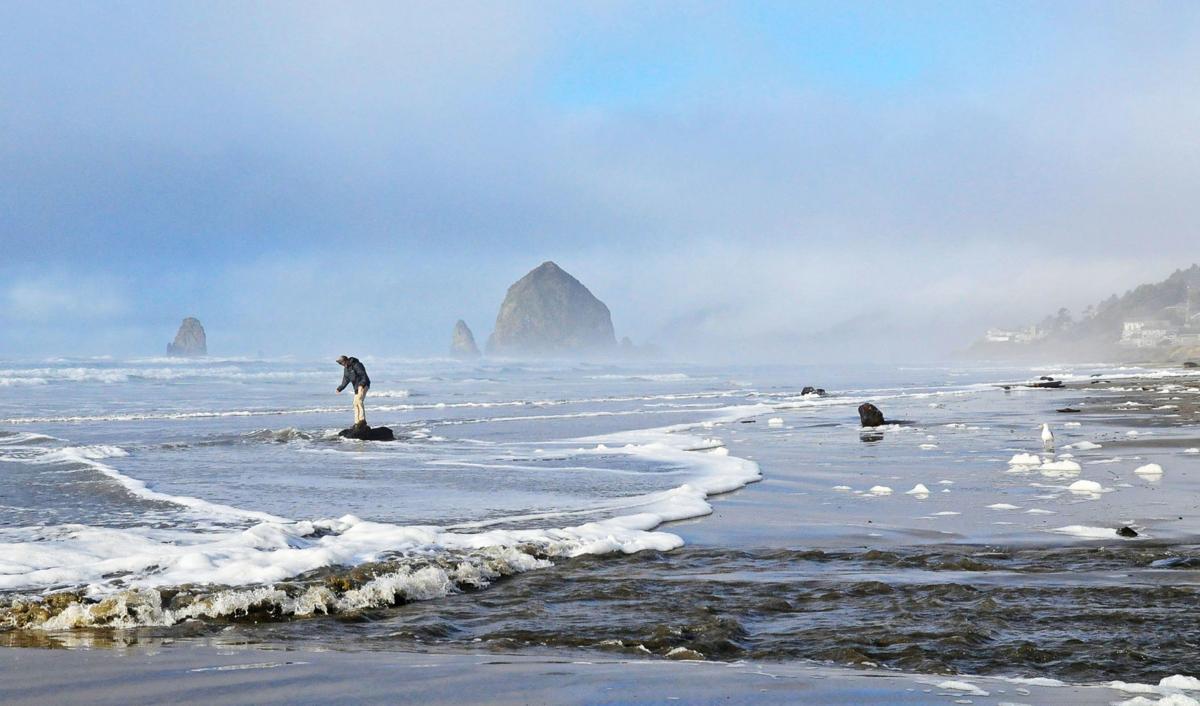 A person stands on a rock as the tide reaches shore. 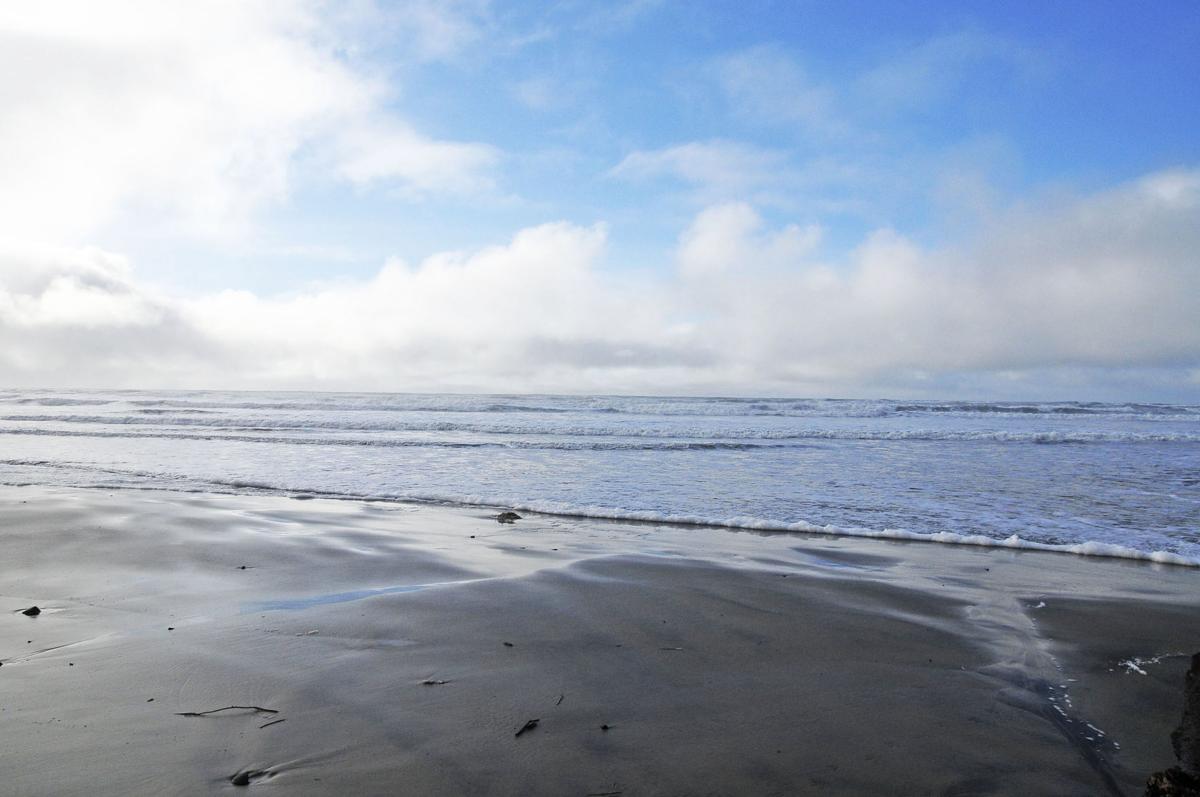 A view of the Pacific Ocean. 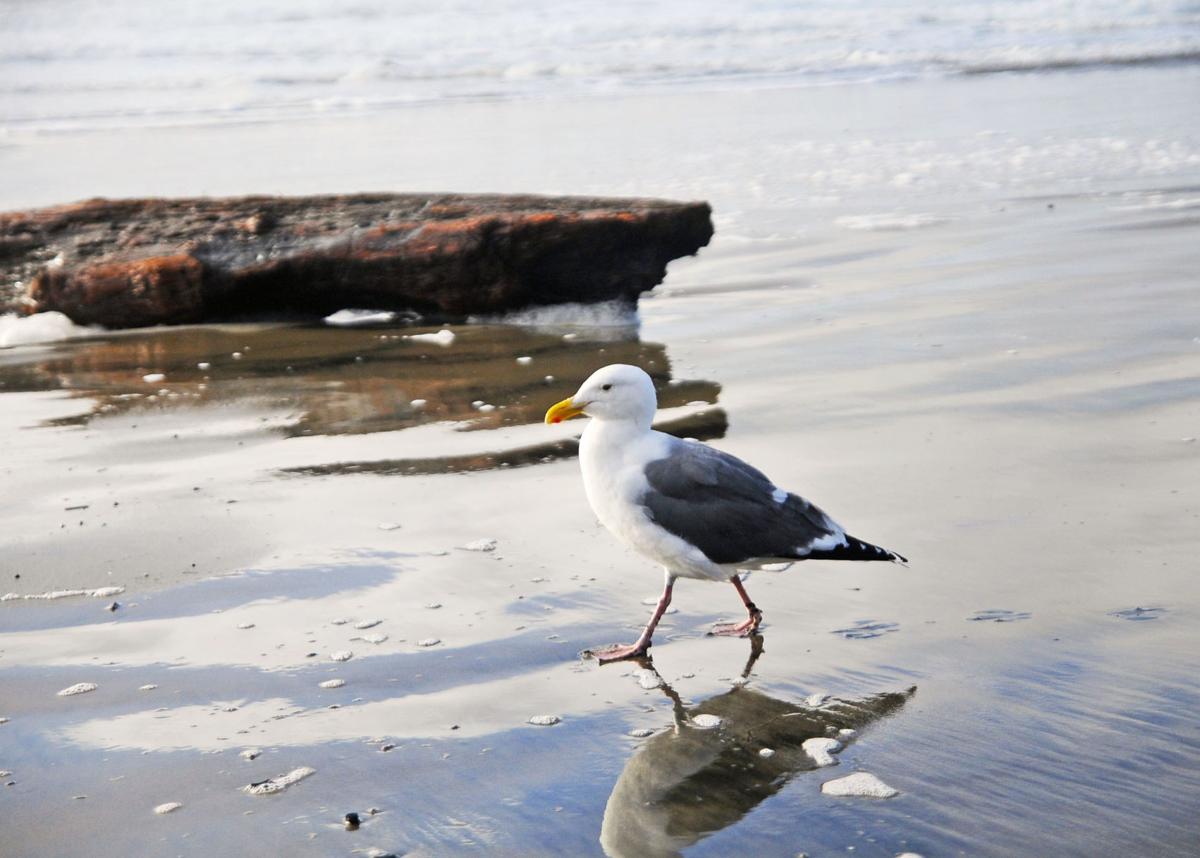 A seagull walks along the beach.

Foam bubbles on top of a piece of driftwood.

A person stands on a rock as the tide reaches shore.

A view of the Pacific Ocean.

A seagull walks along the beach.

Along the 363 miles of the Oregon Coast, there’s much to do. Tidepooling, kite flying, sand castle building, surfing and fishing are just a few options.

Each city is uniquely its own. Cannon Beach is no exception.

Cannon Beach is home to Tolovana Beach State Recreation Site, which houses one of Oregon’s most famous landmarks and scenic beaches.

At a towering 235 feet, Haystack Rock stands as a beacon overlooking the Pacific Ocean. The sky-high monolithic is home to various nesting seabirds, tide pools and sea creatures that can be carefully visited at low tides.

Tide pools and other marine life should only be explored with inquisitive eyes and soft touches to reduce the risk of harm.

Just steps away from Tolovana Beach’s parking lot is a picturesque and relaxing beach escape. After an exhausting day of shopping in downtown shops, drinking a locally brewed beer and eating a cup of clam chowder, a walk along the sandy beach is just what is needed.

It’s hard to worry about anything as salty wind whisks by and waves crash onto Haystack Rock. With each step into the chilling sand, the smells and sounds of the beach are sure to please.

Tolovana Beach offers more than just beautiful panoramic views. It has a rich history of Cannon Beach, where cherishable memories are meant to be made.

Tolovana is an Alaskan Native American word meaning “river of sticks.” The park was named when brothers Mark and William Warren settled at the site. The two farmed and mapped the park, and eventually started the Warren Hotel, now the location of the Tolovana Inn.

The two brothers were intrigued by native languages. Before moving to Cannon Beach, they lived in Alaska.

The brothers had the right idea. Oregon's northern coast, Tolovana Beach included, has seen a massive increase in tourism. More than 29 million overnight visitors came to the Oregon Coast in 2017, according to Oregon Public Broadcasting.

With tourism booming and the swells of the sea pummeling into the sand it is easy to see why Tolovana and other gorgeous beaches are getting attention.

Whether through building an epic sandcastle, roasting marshmallows alongside a small beach fire, or taking photos of Haystack Rock, Tolovana Beach State Recreation Site has something to offer for all ages.

There is always something fascinating about the Oregon Coast which always draw me and my family towards it in the summer holidays. You can visit topicsmill.com for topics like conversation for your assignment. I love to participate in many activities such as tidepolling and castle building with my family.