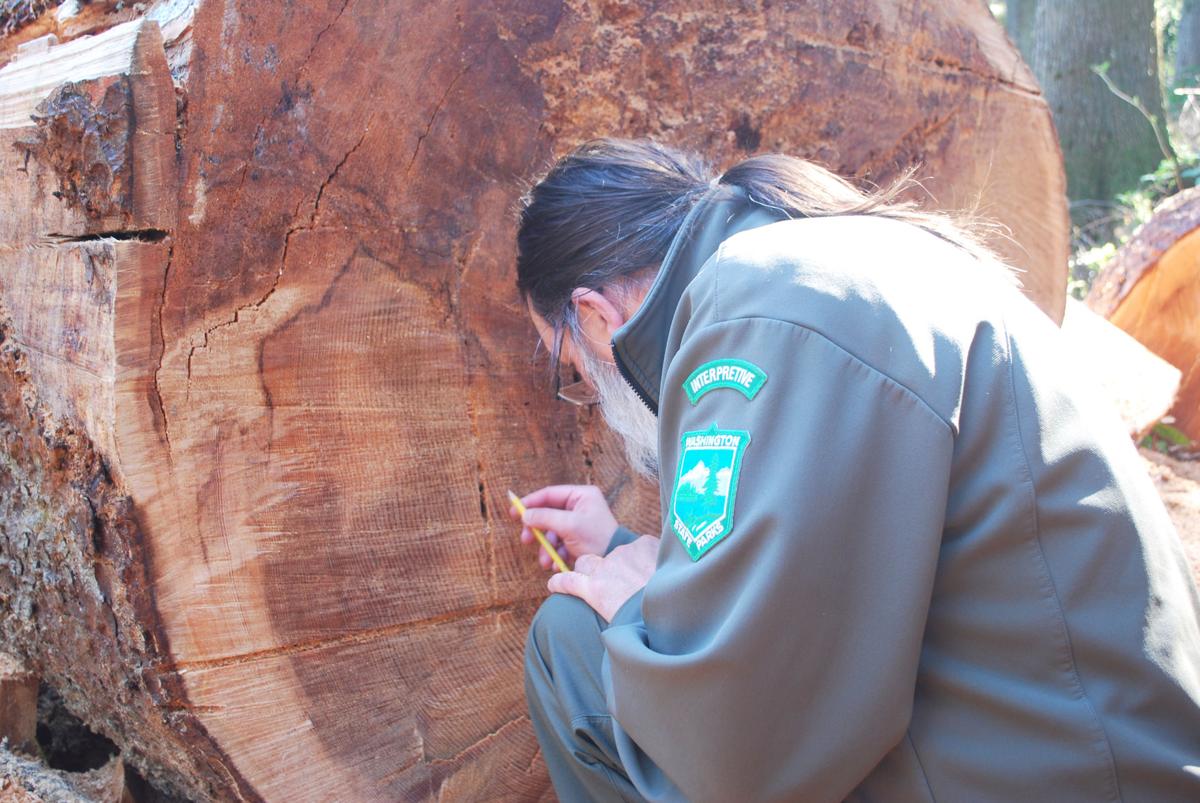 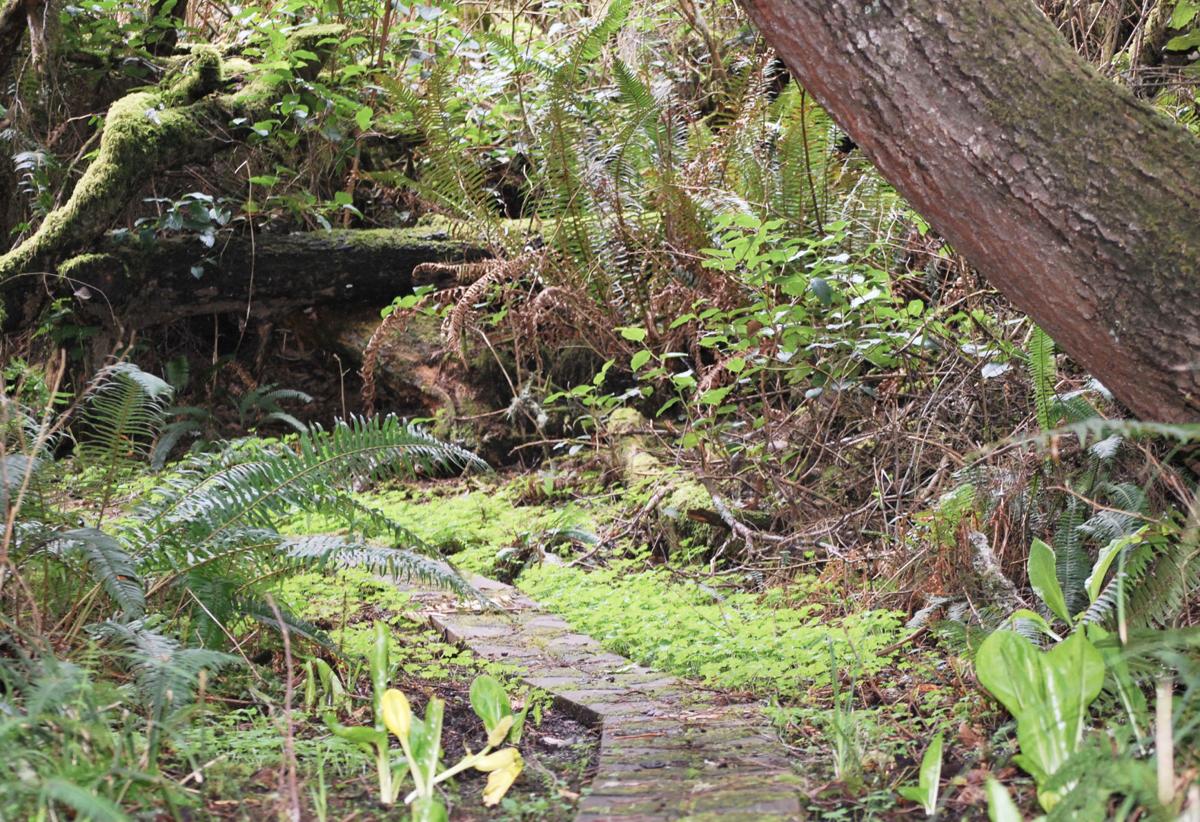 A tree arches across the start of the Coastal Forest Loop Trail. 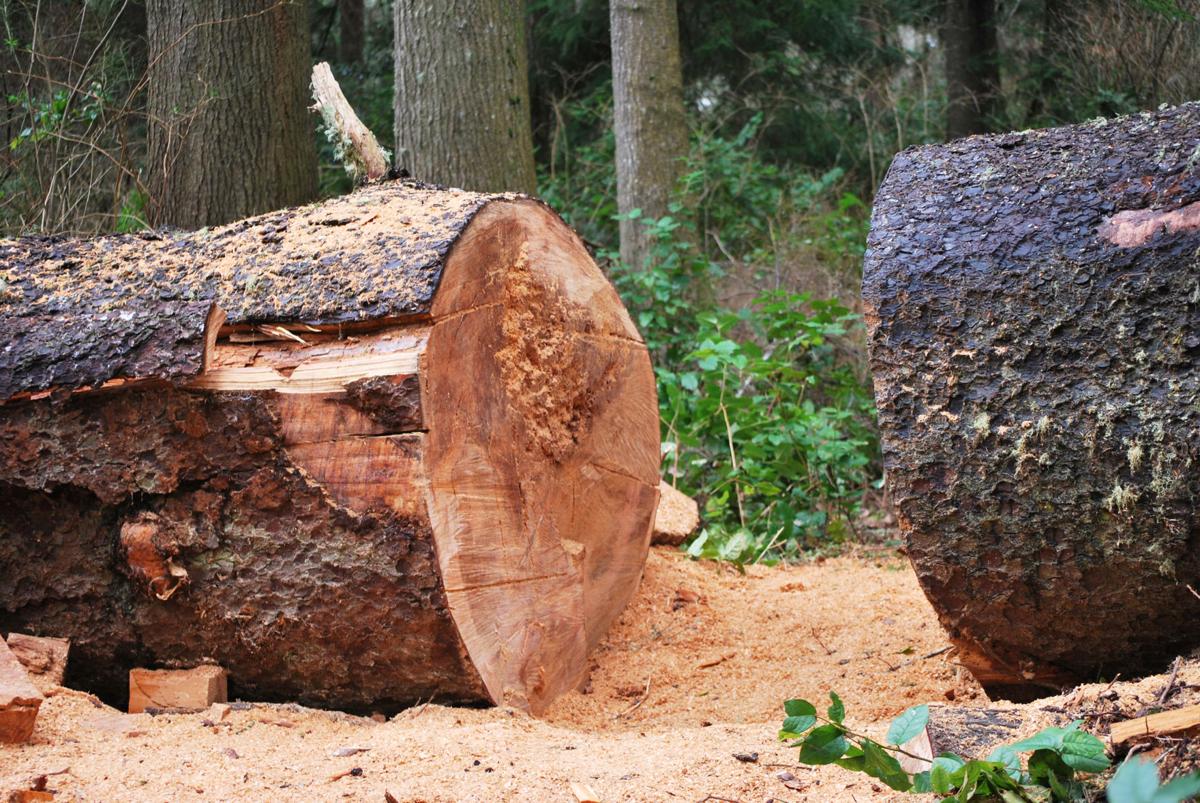 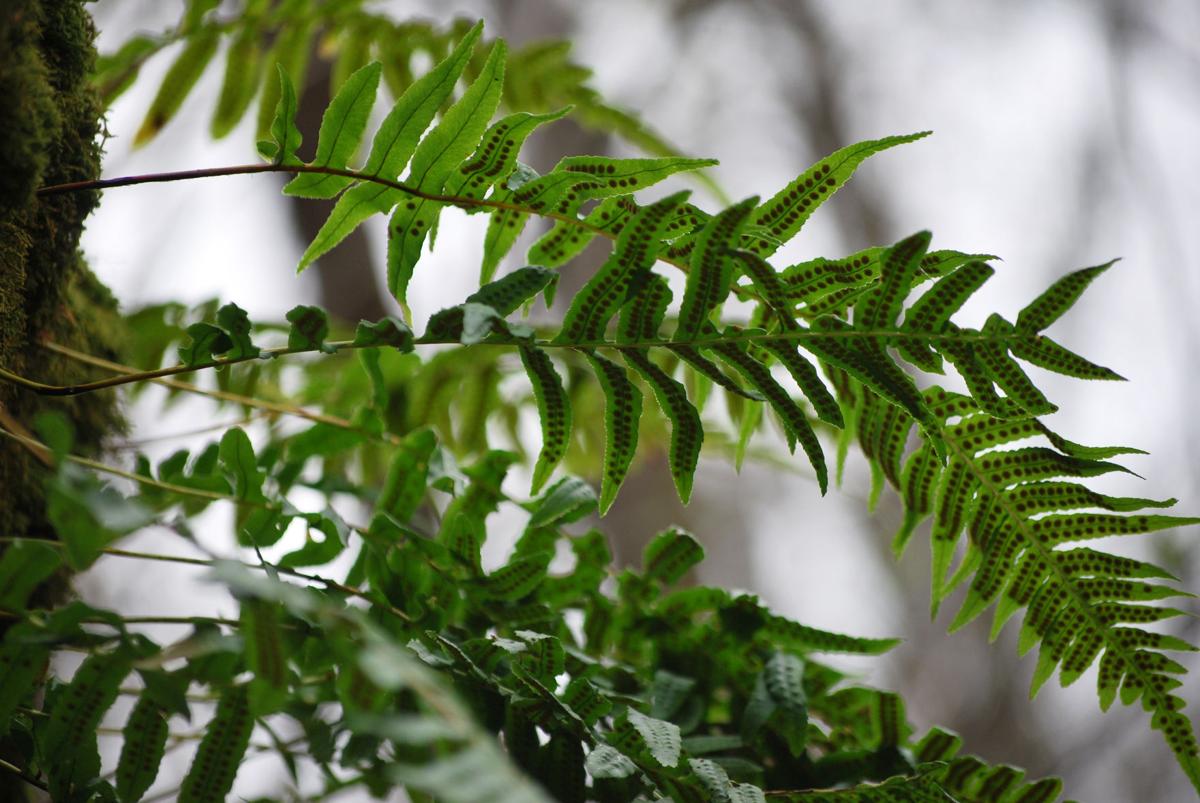 Ferns grow on trees at eye-level along the trail. 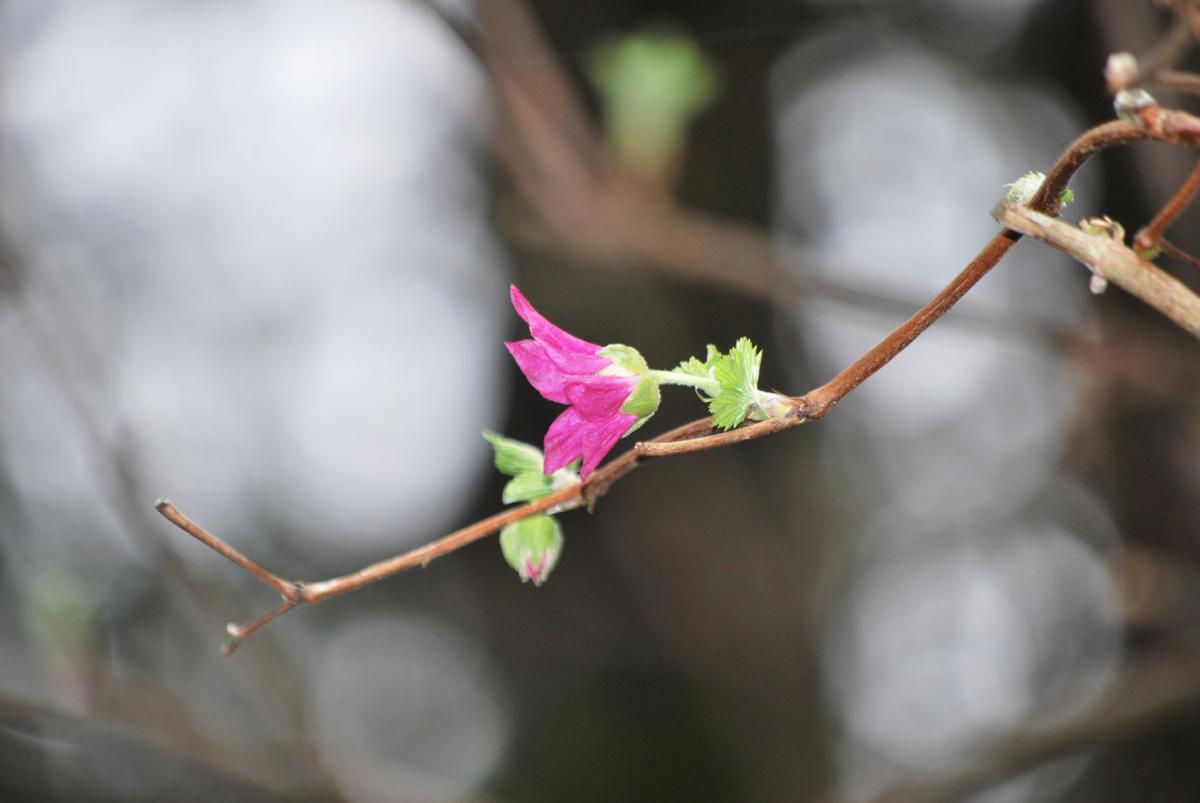 A salmonberry flower found off the trail. 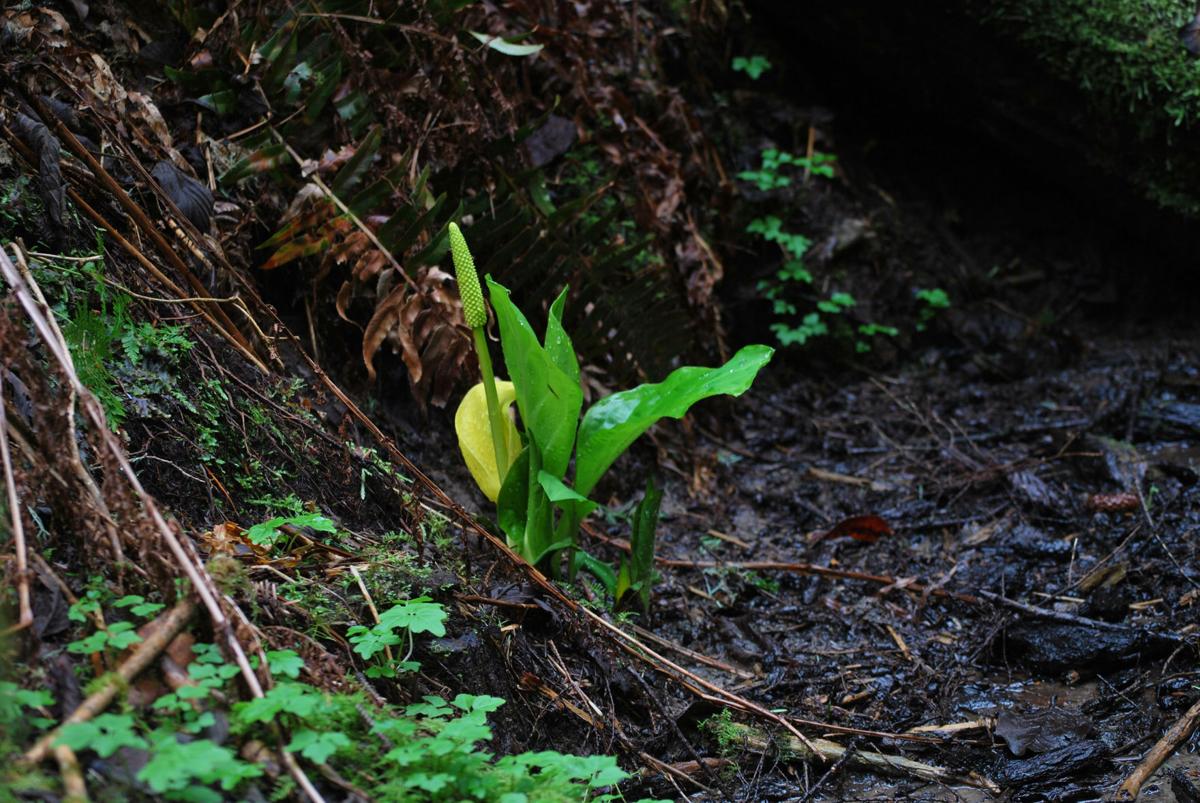 A skunk cabbage sprouts from the forest floor.

A tree arches across the start of the Coastal Forest Loop Trail.

Ferns grow on trees at eye-level along the trail.

A salmonberry flower found off the trail.

A skunk cabbage sprouts from the forest floor.

Editor's note: All state parks in both Washington and Oregon are temporarily closed.

“Nice, we’ve got the first trillium of the year here,” said Aaron Webster, interpretive specialist with Washington State Parks. He pointed down beside the trail to soft white petals spread above wide leaves. “This is a plant whose seeds are dependent on ants. Without ants, the seeds don’t germinate. It’s a relatively rare plant.”

“It’s still the kind of trail you can hike around, even in the summer, and not see another person. I like that about it,” Webster said.

The trail offers a side of the park that visitors might miss. Tourists flock to attractions at the park, like the Cape Disappointment Lighthouse, the North Head Lighthouse and Waikiki Beach for good reason. The Coastal Forest Loop trail is a bit off the beaten path.

The trail features big old-growth trees, a variety of wildlife and unique views. Situated on the traditional lands of the Chinook people, the 1.5 mile trail traces the western edge of Baker Bay and loops back through the forest down to the trailhead. A section of the trail cuts through the loop, creating a shorter .5 mile hike option.

“We have some Douglas fir and hemlocks on the trail, and a handful of cedars, but for the most part you’re looking at really big old-growth Sitka spruce,” Webster said.

Ferns, mosses and lichens stretch up from the forest floor to grow over trees. As leaves fall from the canopy, some land on wide branches. The organic matter eventually forms soil high up on the widest branches, creating habitat pockets for plants that grow at ground level.

These branches also are a nesting habitat for the marbled murrelet, an endangered seabird. There have been no confirmed sightings of the murrelet at Cape Disappointment, Webster said. The park has to consider the habitat when proposing new infrastructure, including bike paths, parking and accessible trails.

To look up at the massive Sitka spruce is humbling. One new natural feature of the trail helps hikers bring the trees into perspective. A 300-year-old 5-foot diameter Sitka spruce recently fell across the trail.

“It took a few days to get through it. The chainsaw doesn’t go all the way through a tree like that. You have to take chunks out in cubes until you get through,” Webster said. “That tree is pretty big, but there are 10-foot diameter trees out on the trail. As you get further in, there’s a few of the really big ones.”

Leading programs at the Lewis and Clark Interpretive Center, Webster is well versed in the rich history of the park. As we came to the spur in the trail that juts out into Baker Bay, he explained some local fur-trading history.

“(Fur traders) were looking for a place that had deep water and easy access to land right near the Columbia River,” Webster said. “What they found was a little island called Anchorage Island, (which) used to be surrounded by really deep water.”

From the trail, Anchorage Island is a small piece of land sitting above the Baker Bay shoreline. Its jagged cliff edge exposes the water level in this section of Baker Bay before the North Jetty altered water flow in the area.

A little further along the spur trail, a clear view of Baker Bay opens up.

“Straight up ahead you’ve got Ilwaco,” Webster said. “Driving back toward Chinook is going along Baker Bay over here. The hills in the distance, that’s Clatsop County. That’s where the bridge goes across, over on the far left. And there’s Saddle Mountain.”

While the current public health crisis caused by COVID-19 has led to the closure of the Lewis and Clark Interpretive Center and group programs in all Washington State Parks at least through April 30, trails will stay open as long as possible, according to park officials.

“I just hope people come out here,” Webster said. “These are stressful times that we’re going through. One of the best ways to destress is to get out into nature. Pacific County is one of the gems of this country. I hope people explore their own neighborhood trails.”