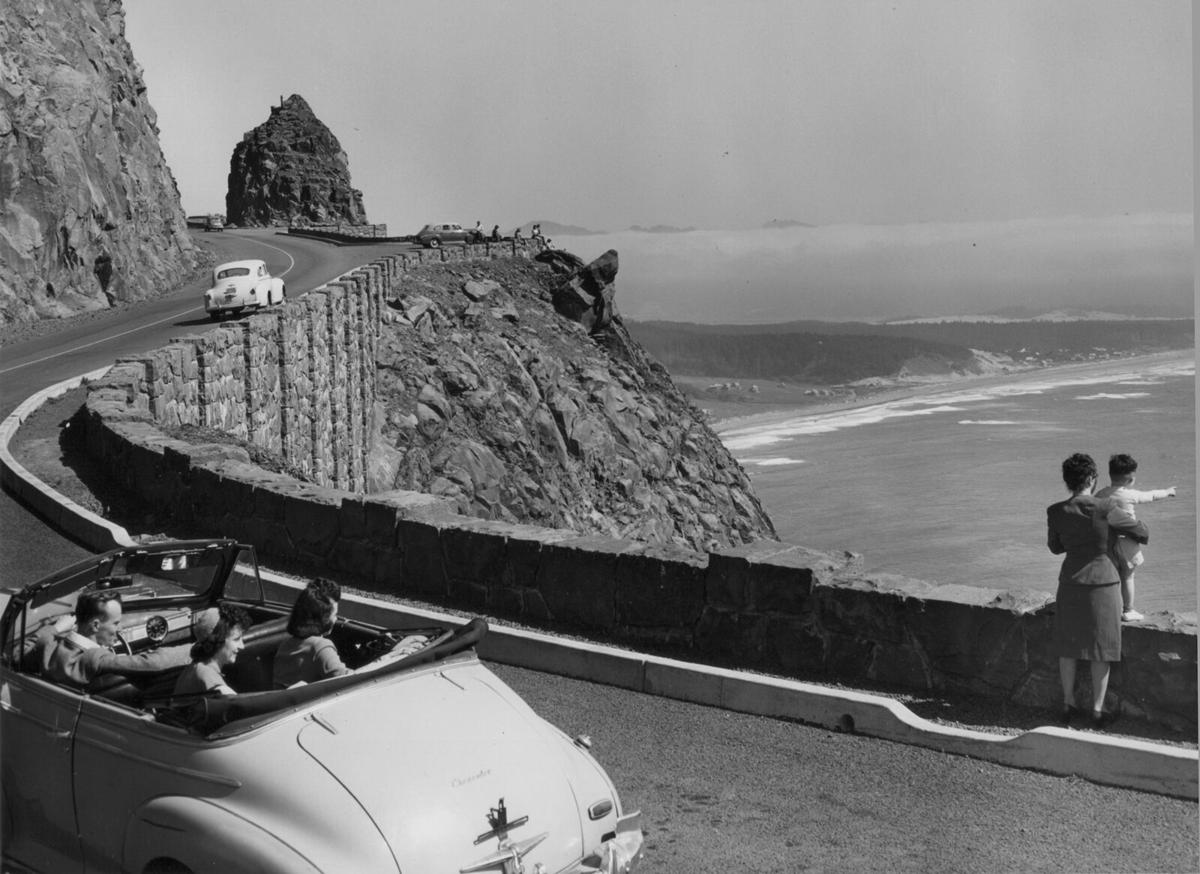 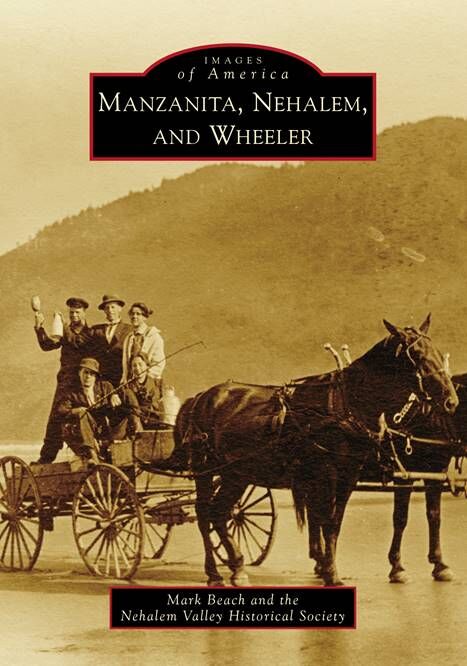 The front cover of ‘Image of America: Manzanita, Nehalem and Wheeler.’ 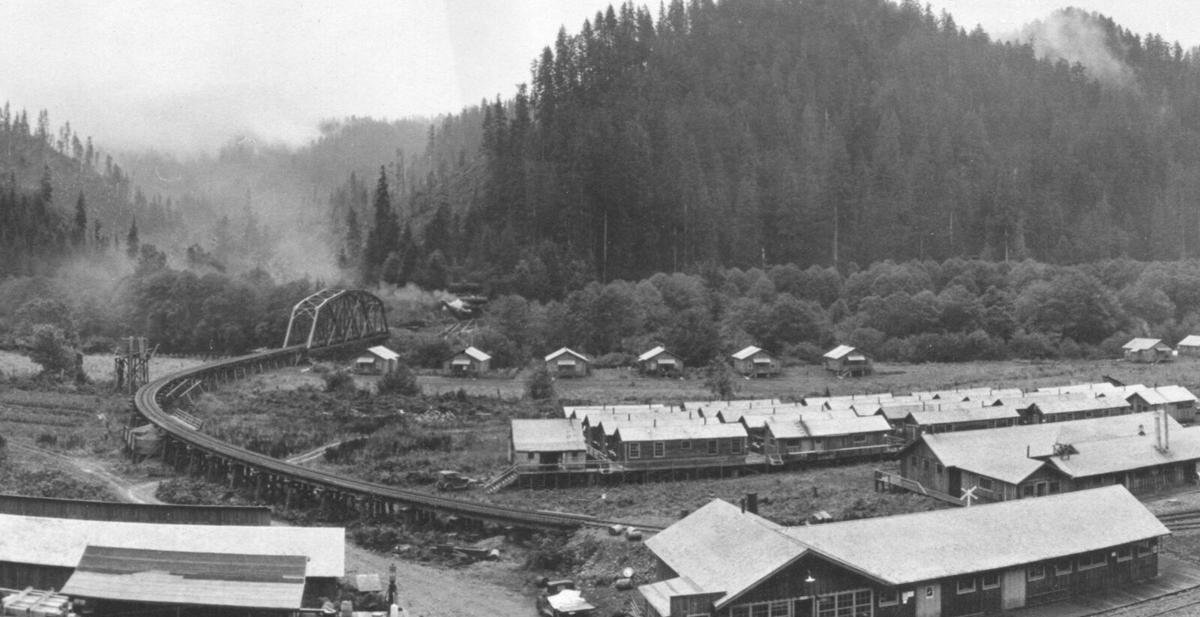 Nehalem River Ranch is one of many photographed spots in Mark Beach’s book. 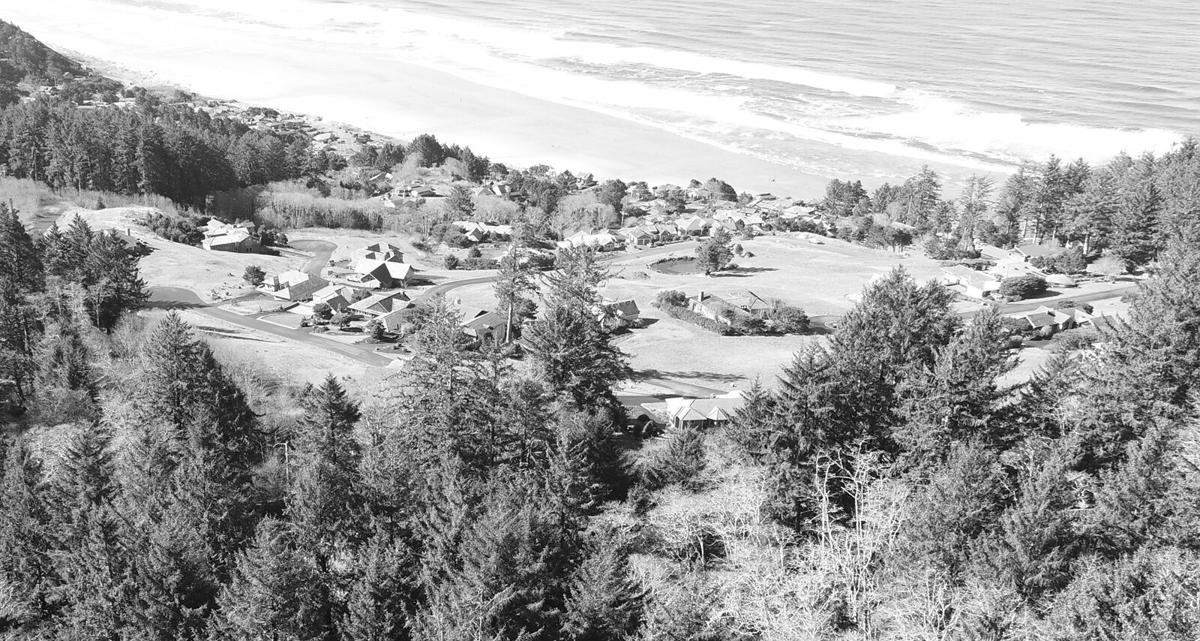 A historical image of Neah-Kah-Nie during spring.

Neah-Kah-Nie resident Mark Beach has made a hobby of collecting old photos since retiring from a long academic career in history.

His collection contains thousands of images from his current home in the Nehalem Bay area.

A professional historian and longtime community volunteer, Beach uses his photo collection to teach local history classes at the Pine Grove Community House. In mid-March he shared a sampling of his collection in his new book, “Images of America: Manzanita, Nehalem and Wheeler.”

“Of course, as it happens when you teach a class, people started asking me, ‘Oh gosh Mark, well when are you going to write a book,’” Beach said. “I really didn’t have any intention to.”

That is, until he learned about Arcadia Publishing and its “perfect recipe” for photographic history books. The national publication company partners with local historians to release books about local and regional history.

Beach’s book about Manzanita, Nehalem and Wheeler includes more than 200 images of the three cities, surrounding farmland and forests. It is the first “Images of America” book to feature a city in Tillamook County.

Each historic image pairs with a detailed photo caption to outline the story of an area most local residents call north county.

Though the cities are often grouped as one — in part because they are linked by shared public utility districts and school systems — the cities all have unique personalities, Beach said.

“I try to make that clear in the book and in my classes,” he said.

Nehalem, for example, was the first north county town to be founded in 1899. It also was the first chartered city between Tillamook and Seaside, Beach said.

Available to purchase at arcadiapublishing.com

Its “identity” grew out of the “commercial needs” of a fledgling town, Beach said. Nehalem had all the necessary amenities: a post office, church, general store and school. Eventually a railroad connected the city to Portland. The railroad brought in supplies and tourists, and shipped out local produce.

Wheeler was chartered in the early 20th century. Sitting about three miles south of Nehalem, the city sprung from the logging industry.

“There had been a little sawmill there but when the bigger sawmill was built, Wheeler almost just … grows overnight,” said Beach, who included a number of historic photos in the book that reflect Wheeler’s ties to logs and lumber.

Manzanita received its charter last, in 1949. Beach surmised that the reason its establishment lags behind the others is because early surveyors noted that the sand dunes around the city were “of little economic value.” There was little lumber for logging and no fertile fields for farming.

The city’s value eventually skyrocketed as tourism became more common and visitors flocked to Manzanita’s sandy shores for a look at the Pacific Ocean. Today, Manzanita is a “tourist town … in the very broadest sense of the word,” Beach said. Many of its homes are vacation rentals and its economy runs on annual beach-goers.

Beach’s photo collection focuses largely on aerial photos and images of historic buildings, many of which made their way into the book.

“I’m interested in how towns develop and the kinds of buildings that folks built 50 or 100 years ago. That’s one of the most useful arts of aerial photos because they let you look at a particular location … The aerial photos let you tell a story over the years,” Beach said.

“Everyone is so interested in shipwrecks. You can’t leave that out,” Beach joked.

Beach has a doctorate from the University of Wisconsin. He taught at the State University of New York, Cornell University and the University of Rochester, where he also served as an associate dean. During his academic career, he held a postdoctoral fellowship from the Smithsonian Institution and research grants from the Ford Foundation and National Academy of the Arts.

He began collecting historic photos shortly after he retired to Neah-Kah-Nie in 1992.

Some of the first images in his collection came from the U.S. Army Corps of Engineers archive. He carries a portable scanner with him whenever he visits public agencies or local families willing to share their old photos.

“This is fun, it’s relatively easy and it calls on my historical background,” Beach said.