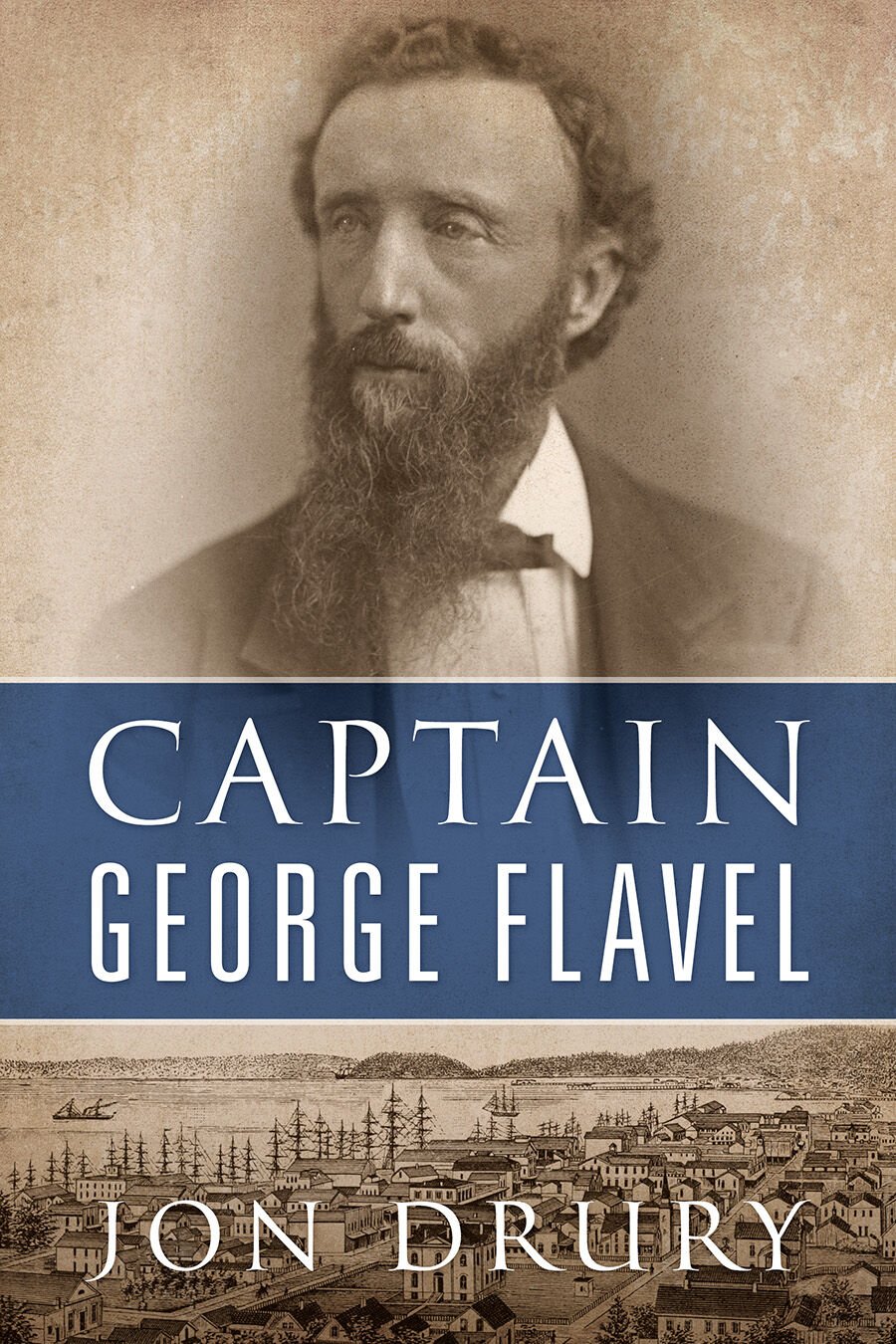 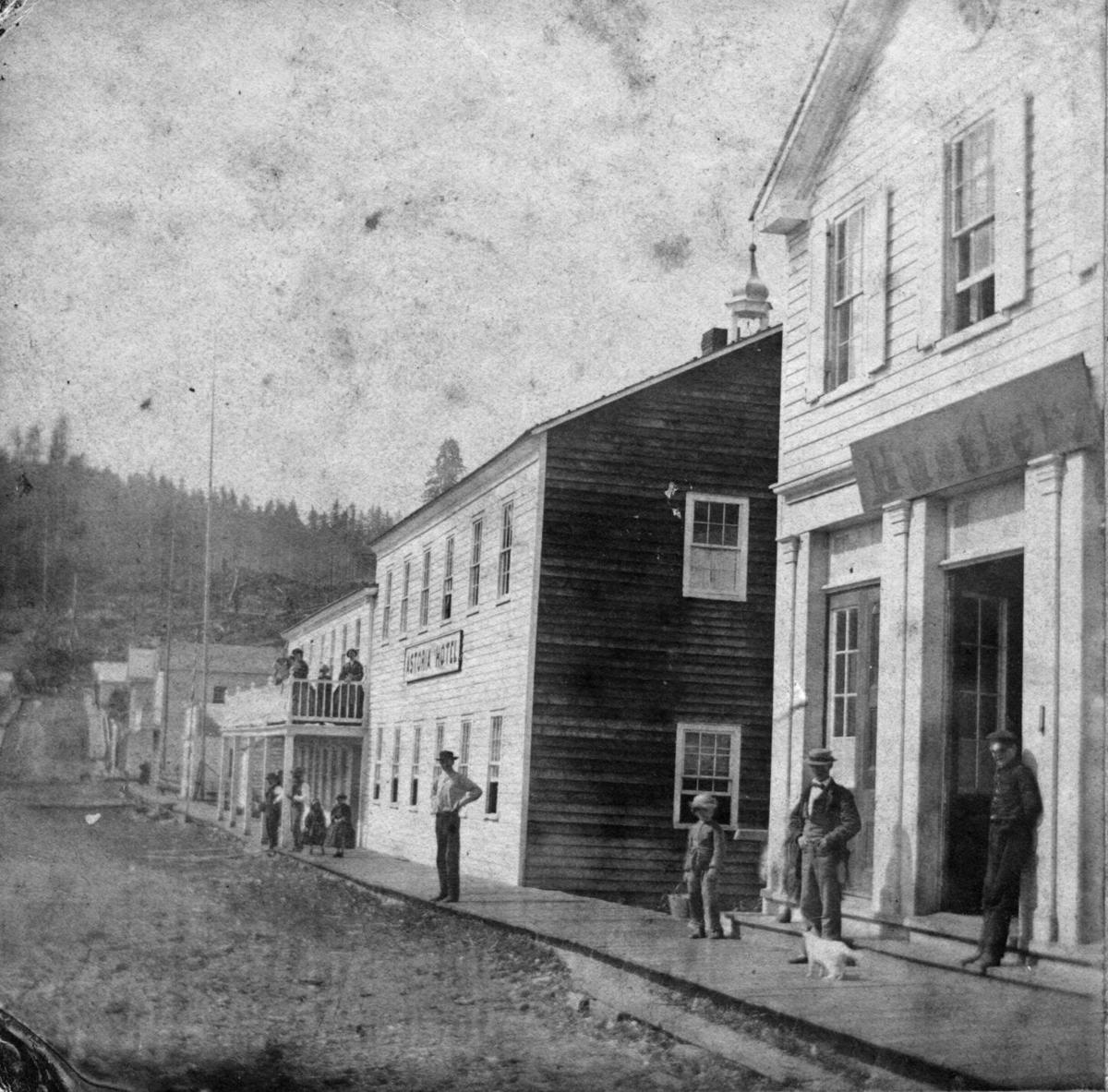 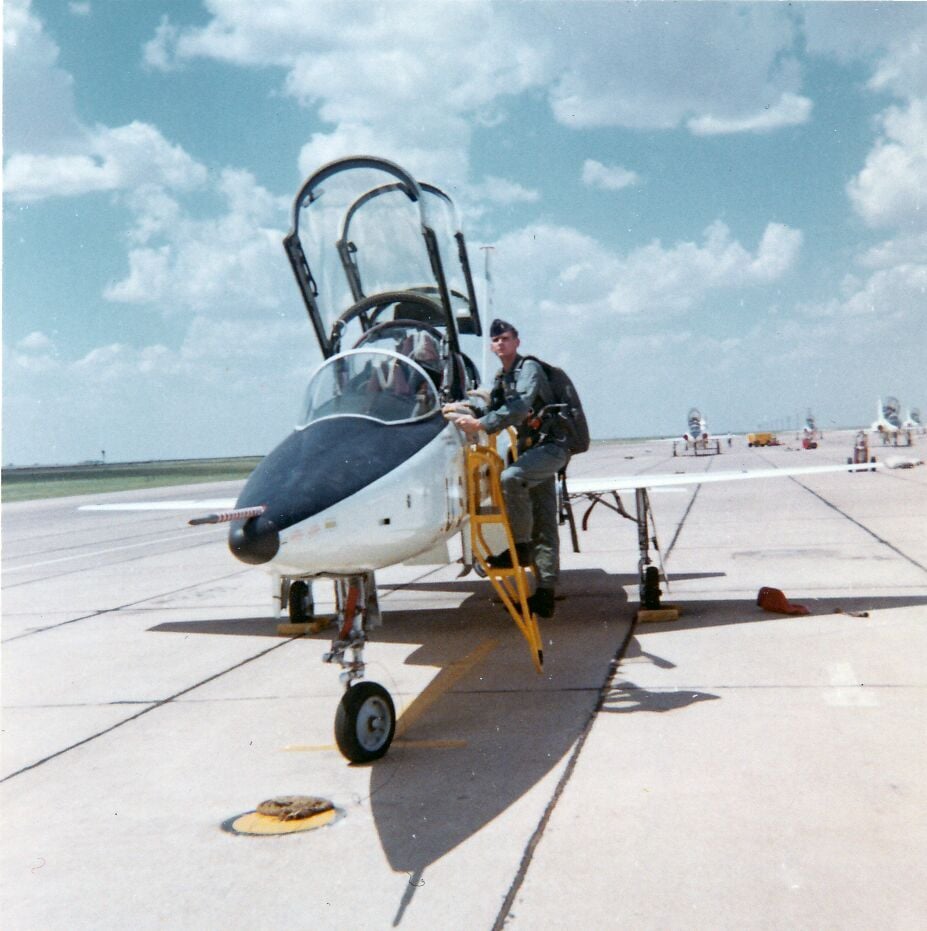 Jon Drury with a supersonic T-38 he flew during U.S. Air Force training in 1967.

Available to purchase at jondrury.com and the Columbia River Maritime Museum

Flavel happened upon Astoria in November 1849 while selling cargo in Portland. He originally came to the area for the West Coast Gold Rush. He initially landed in San Franciso but was directed north. After successfully navigating the Columbia River Bar, Flavel earned notoriety for his captain and pilot skills, leading to his commission as one of Oregon’s first bar pilots.

“Over the course of more than 30 years, Flavel established a huge record of trust with his bar pilots that brought those ships across,” Drury said. “One declaration I heard said that no ship was ever lost.”

Publishing a historical book on Flavel is far from Drury’s first piece of writing. He has over 500 published articles and two previous books, including one about his experience being a pilot in the Vietnam War. After the war, Drury became a pastor and started his writing career. He lives in Vancouver, Washington.

Drury, a lifelong historian, is reading two books simultaneously about Sacagawea, the Native American woman who helped the Lewis and Clark Expedition.

While visiting Astoria a few years ago, Drury stopped by the Flavel House Museum, where he watched a short documentary about Flavel’s life. Enticed by what he learned from the video, Drury asked the staff for a book about Flavel but was told none existed.

Drury felt he had to rectify the situation. He spent about three years writing the book.

“Researching Flavel was a total delight. It was so much fun,” he said.

Penner helped Drury find hundreds of files and articles relating to Flavel. She also helped him find photos to be included in the book.

“Flavel was really a mysterious and interesting person,” Penner said.

Penner helped Drury access Cumtux, the historical society’s quarterly magazine, which she edits. Drury said the publication was a massively helpful resource for gathering information and forming a base for his research.

“The Cumtux issues were kind of the (foundation) but we kept digging out all sorts of stuff,” Drury said.

In his research, Drury learned that Flavel not only bolstered Astoria’s economy but was an active member of the community. Flavel was named harbormaster, served on the Astoria City Council, was a school board member for three terms and worked as the county treasurer.

Drury was also able to stitch together a history of Flavel’s marriage to Mary Christina Boelling, a young woman who had waited on the captain while he was staying at Astoria’s hotel.

“We had fun with that. That was very Flavel,” he said.

The couple had three children. Their eldest and only son, George Conrad Flavel, became a ship captain and helped run his father’s business at the docks. The couple’s daughters were Nellie Flavel and and Katie Flavel.

“I’m just amazed by how much he benefitted Astoria. The figure I work with is that Astoria grew by 16 fold while he was there,” Drury said. “To me, the big lesson from Flavel is how (he) served the community and city and how they benefited from it.”

When Flavel eventually retired and sold his business, many people felt it was a huge loss, Drury said.