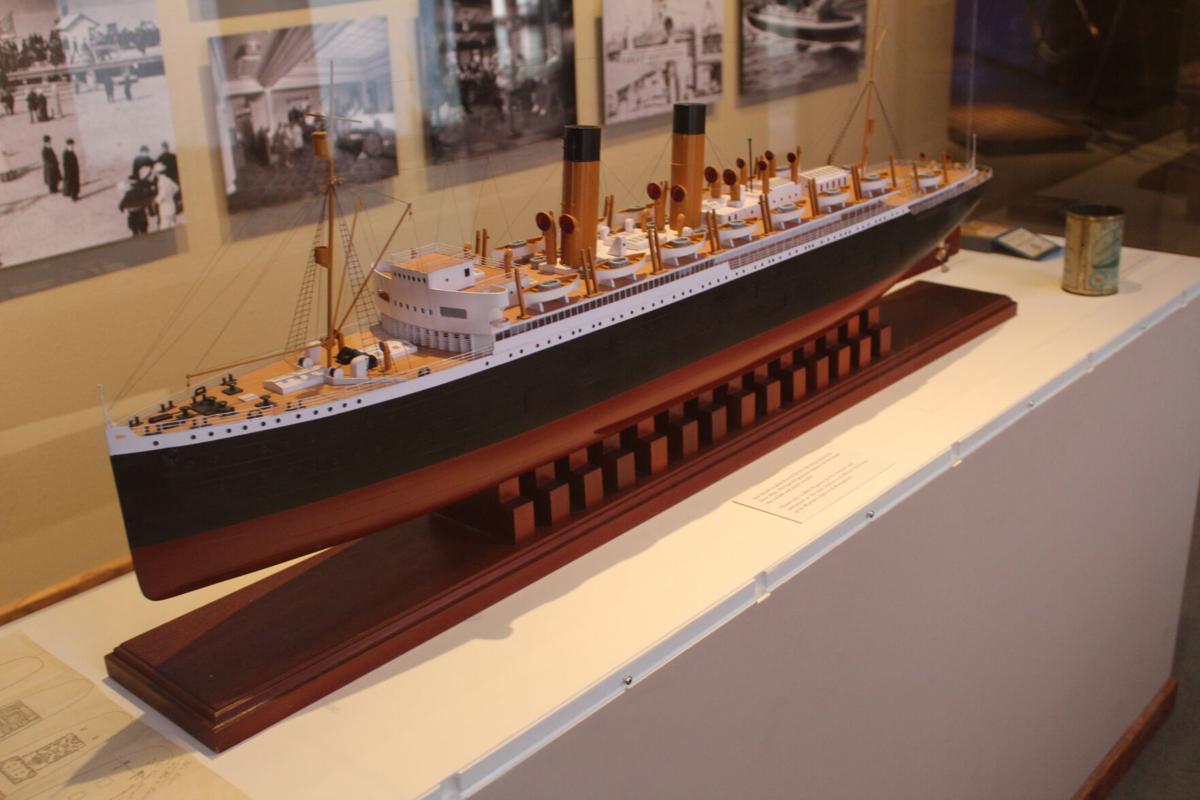 The Columbia River Maritime Museum’s exhibit ‘Twin Palaces of the Pacific’ includes a model of the S.S. Great Northern. 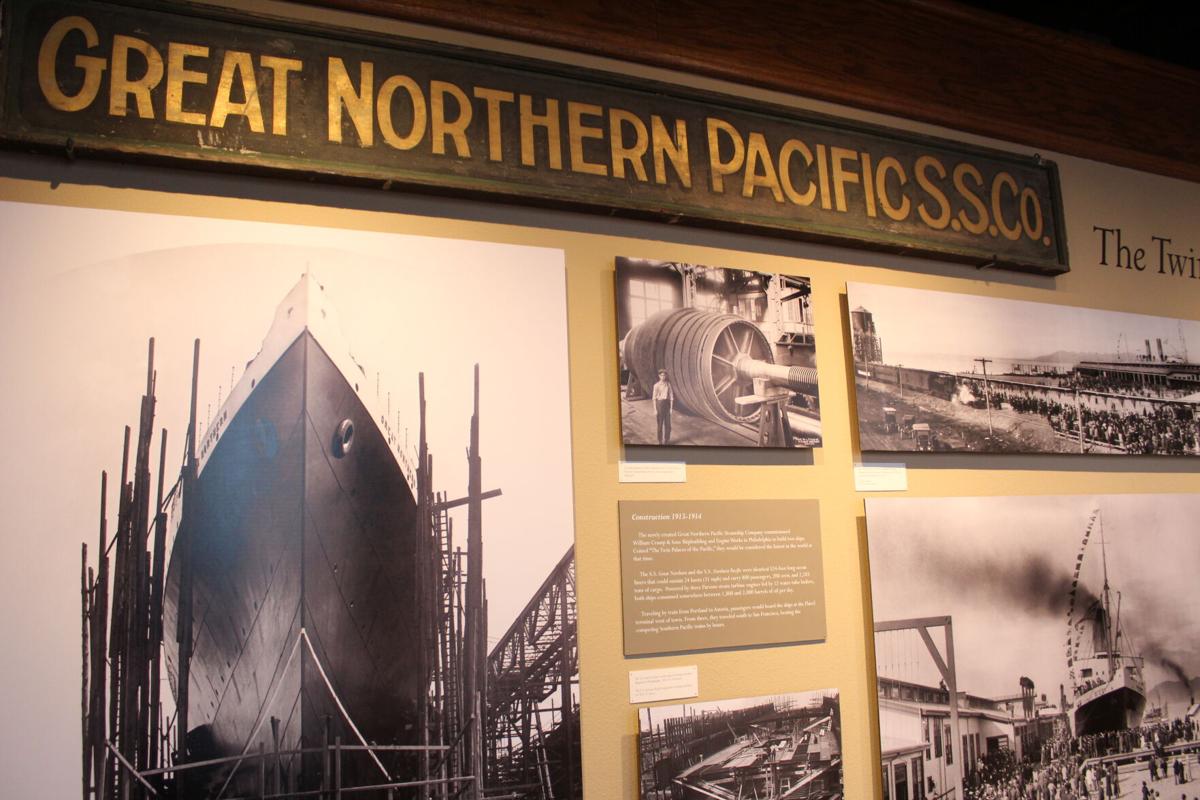 Travel back in time at the Columbia River Maritime Museum to when the forgotten town of Flavel, four miles downstream of Astoria, provided port to the world’s two fastest luxury liners — the S.S. Great Northern and S.S. Northern Pacific.

'Twin Palaces of the Pacific'

The museum’s recently opened exhibit, “Twin Palaces of the Pacific,” follows the journey of these grand ships, which established a contiguous route between San Francisco and Portland.

“Being able to go from Portland to San Francisco, partially by railway and partially by luxury liner, would’ve been a more luxurious and faster way to go,” said assistant curator Matthew Palmgren.

Both ships were built in 1914 by William Cramp & Sons Ship & Engine Building Co. in Philadelphia on behalf of James J. Hill, an aggressive and keen transportation mogul from St. Paul, Minnesota, dubbed “The Empire Builder.” Hill operated railroads in the Pacific Northwest at the time.

Hill wanted to extend his railway down the coast to San Francisco to provide transcontinental travel in time for the Panama-Pacific International Exposition in San Francisco in 1915 but he ran into opposition from competing railroads.

Not to be deterred for long, Hill responded by commissioning his “Twin Palaces of the Pacific” to serve travelers instead.

“The steam ship company was an extension of his business empire,” said museum curator Jeff Smith.

Not only were these state-of-the-art vessels considered a more luxurious form of travel for up to 800 passengers and 200 crew members. But at 23 knots, the Great Northern and Northern Pacific could cover the approximately 575 miles between Astoria and San Francisco in 25 hours — faster than the overland travel offered by the competing Southern Pacific train, according to Palmgren.

“They were the two fastest ships of their size in the world at the time,” he said. “They would actually beat the train that left from Portland.”

They consumed a notable 1,800 to 2,000 barrels of oil per day but unlike other large ships that could achieve such high speed at the time, they offered a smooth ride, free of vibrations.

Crowds of thousands from Astoria and the surrounding area gathered to welcome the arrival of the ships at the Flavel port on the Columbia River in 1914. As a token of appreciation for the economic boost expected from the cruise line service, Astoria citizens gifted each ship an opulent clock that stood about 3 feet tall. Some of the tallest clocks were created by the renowned Chelsea Clock Co. and were presented to commemorate the ships’ inaugural voyages, Smith said.

The Great Northern and Northern Pacific only participated in the luxury cruise line service for two years before World War I. At that time, both were commandeered by the U.S. Army and repurposed as troop transports for the war.

After a short stint as a flagship of the U.S. Navy at Guantanamo Bay, the Great Northern was purchased in 1922 by Seattle’s H.F. Alexander to head his fleet of ocean liners. He renamed the ship after himself. The Great Northern carried out a majority of her life as the H.F. Alexander. She had one final military assignment in World War II before being scrapped in 1948 after 34 years of service.

The Northern Pacific was not so fortunate. The vessel was originally going to be purchased by Alexander but in 1922, she wrecked and burned in Delaware Bay off the Atlantic Coast.

Unlike the Great Northern, Palmgren said, the Northern Pacific was considered a cursed ship by some sailors because of its many mishaps.

Other artifacts include a complimentary toiletry kit given to a passenger during a voyage; a pennant issued on the day of the first voyage; an antique can with the Great Northern on the label; and a model of the Great Northern — although the two ships were identical in size and stature.

The James J. Hill Center in St. Paul also shared materials for the exhibit, including the two commemorative clocks. One is currently on display. The other is being restored by Frank Van Winkle at Loop-Jacobsen Inc.

Smith said the museum hopes to hold a reception at some point to thank the supporters and individuals who contributed to the exhibit. The museum plans to keep the “Twin Palaces of the Pacific” display up for about a year.