Skip to main content
You are the owner of this article.
Edit Article Add New Article
You have permission to edit this article.
Edit
Area Guide
Calendar
Coast Weekend
Our Coast Magazine
Weather
Multimedia
Newsletters
Share This
1 of 4 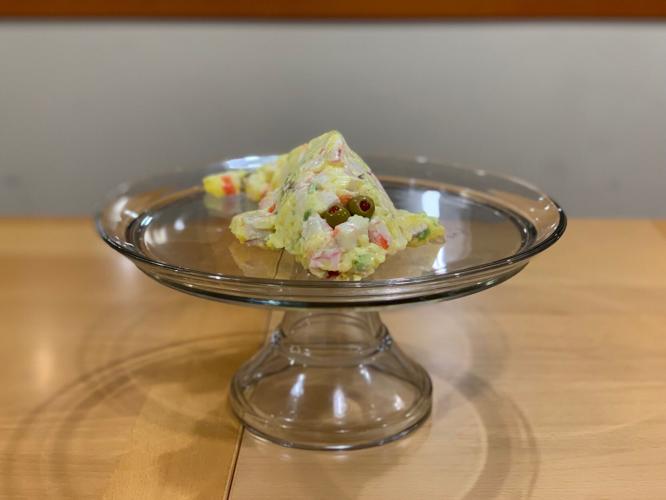 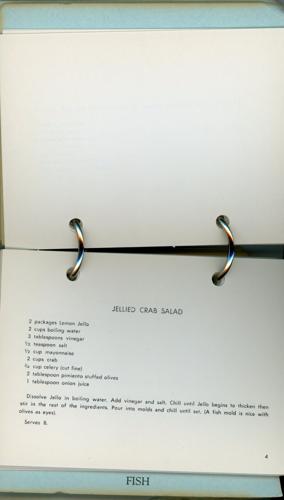 The original jellied crab salad recipe from the 1969 ‘Fish Cookery’ cookbook created by the Auxiliary of the Columbia River Maritime Museum. 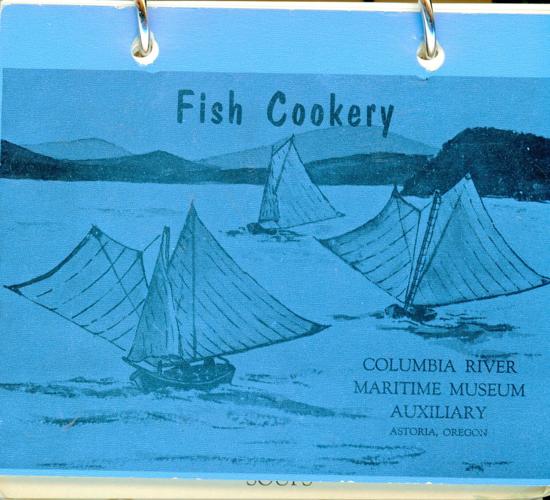 In 1969, the Auxiliary of the Columbia River Maritime Museum released a ‘Fish Cookery’ recipe book as a fundraiser. 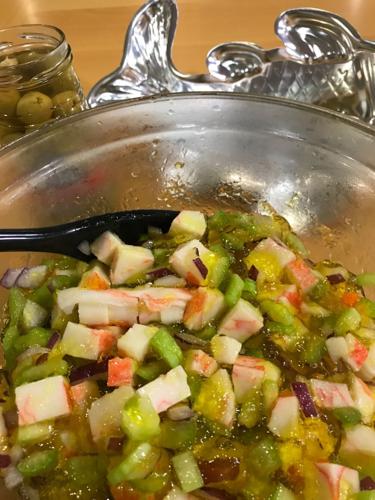 Crab, celery, onions and Jell-O are combined to make a jellied crab salad.

Many people who grew up during the better part of the 20th century will remember their families’ Jell-O recipes with varying degrees of fondness.

Some of them were staples, and others were disastrous. Growing up in the suburban Midwest, my family was eating Jell-O tried-and-trues until the mid-2000s.

For decades, the auxiliary would fundraise for and promote the museum. Each May, it would host an anniversary tea aligned with Capt. Robert Gray’s entry into the Columbia River in 1792.

The tea was intended as a sort of “State of the Museum” address for its members and was a great opportunity for charitable donations. In 1969, a special feature of the luncheon was the release of a “Fish Cookery” recipe book, featuring favorite contributions from members of the auxiliary.

Which brings us to my culinary experiment: the jellied crab salad.

One woman lit up at the mention of this concoction during one of the museum’s senior enrichment programs last month. She described with delight that it was a staple of her childhood.

So, I thought I would put the jellied crab salad recipe to the test.

First, dissolve the lemon Jell-O in the boiling water. Add the vinegar and salt and chill until the Jell-O begins to thicken.

Once your Jell-O is thick enough, you can stir in the rest of the ingredients and pour them into whatever container you choose for it to set. The auxiliary suggests that “a fish mold is nice with olives as eyes.”

With a scarcity of straight onion juice in our area and no pulser in sight, I substituted the tablespoon of juice for a ¼ cup of onion.

If you make this recipe at home — don’t do this. That added crunch is not what you want on top of the mouthfuls of celery already in there.

I already knew that we were in for a treat based on the way the ingredients smelled during prep. The galley of the museum was overwhelmed by a steamy blend of artificial lemon, vinegar, celery and onion.

Not only were we working with a unique combination of smells and flavors, but the texture was unlike anything I had ever experienced. Crunchy, squishy, chewy — all in the same mouthful.

In the recipe’s defense, I discovered after the fact that it would have made a lot more sense to shred the crab instead of leaving it chunky. I’m not sure if the rest is as excusable.

I haven’t lost my faith in Jell-O, and my memories of childhood orange-and-mandarin-slice dishes remain rosy. Other people I’ve spoken to about my experiment were as excited to talk about the recipe as the first woman I chatted with.

Maybe it’s the nostalgia of this recipe that makes it so special. Either way, this recipe book remains an integral part of Columbia River Maritime Museum history and the history of our area.