Skip to main content
You are the owner of this article.
Edit Article Add New Article
You have permission to edit this article.
Edit
Area Guide
Calendar
Coast Weekend
Our Coast Magazine
Weather
Multimedia
Newsletters
Share This
1 of 3 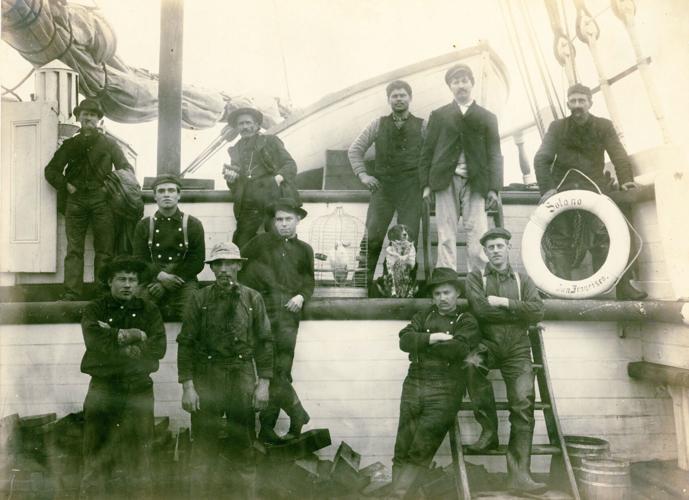 The crew of the Solano, which wrecked in Long Beach in the early 1900s, stands with their pets. 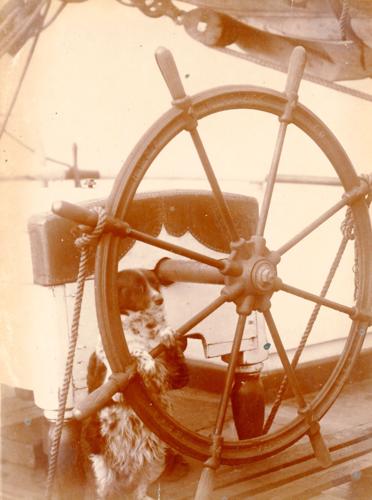 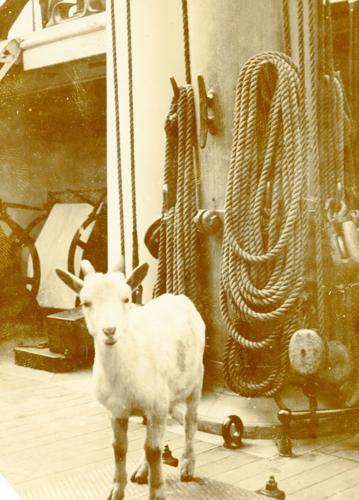 The mascot goat of the USS Machias aboard the ship.

The crew of the Solano, which wrecked in Long Beach in the early 1900s, stands with their pets.

The mascot goat of the USS Machias aboard the ship.

For as long as sailors have been at sea, their pets have sailed alongside them.

Some animals served as mascots for a ship. Cats and dogs were often given to sailors as companions and pest control.

Some were even trained for a particular role onboard — there were dogs that were tasked with ringing the ship’s fog bell!

Sailors lived their lives by a strict set of superstitions, and the animals they lived with were no exception.

Because cats and certain birds are sensitive to changes in the weather, their behavior was used to predict whether the ship would enjoy fair winds or if the crew should prepare for a storm.

The so-called “air of bad weather” would make a cat stiff-legged, restless and anxious. If a ship needed wind, her crew would hide their cat under a pot or basket on the deck to encourage the wind to look for it.

Cats and dogs were the most common pets onboard, but sailors’ definition of “pet” wasn’t limited.

All kinds of creatures became exotic pets for sailors who wanted souvenirs from the places they had traveled to. Parrots, monkeys, giant tortoises and even the occasional bear could be found on board.

Goats and chickens provided milk and eggs for the crew in addition to companionship. Even Capt. Robert Gray, the first white American to sail into the Columbia River, had a pet goat named “Nancy.”

Life for sailors living with farm animals onboard tended to be a bit more adventurous than the average cat or dog.

The 1897 volume of “The Ship’s Company” explains that, “Of all pets none is better suited for ship life than the wily goat,” but that didn’t come without its challenges.

One ship in particular had a pet goat that began headbutting everyone after spending the day chewing tobacco and drinking grog with the rest of the crew.

Another goat on board the sloop Spray chewed through the rope he was tied up to, made his way to the captain’s quarters and reportedly “devoured a fine chart of the West Indies.”

Pigs that managed to escape the chopping block became beloved pets, too. For whatever reason, nearly all pigs on board a ship were called “Dennis,” or some variation of that name.

According to “The Ship’s Company,” “it (was) only a little less than mutiny to name them otherwise.”

One particular Dennis aboard the USS Vanderbilt in the 1890s befriended the crew and lived onboard for many months, even saving a sheep destined for dinner after snuggling up with it on the evening of its intended death.

When Dennis was accidentally butchered after a miscommunication between the cook and commanding officer, the crew blatantly refused to eat any of the meat.

One of the crew members exclaimed, “Eat Dennis! I guess I’d just as soon eat one of my friends.”

Not only did most pets on board a sailing ship serve some kind of practical purpose — whether that be pest control or providing eggs and milk — they were also a reminder of home.

When sailors spent weeks, months and even years away from their friends and families, their pets were a tie to the lives they left behind while at sea.