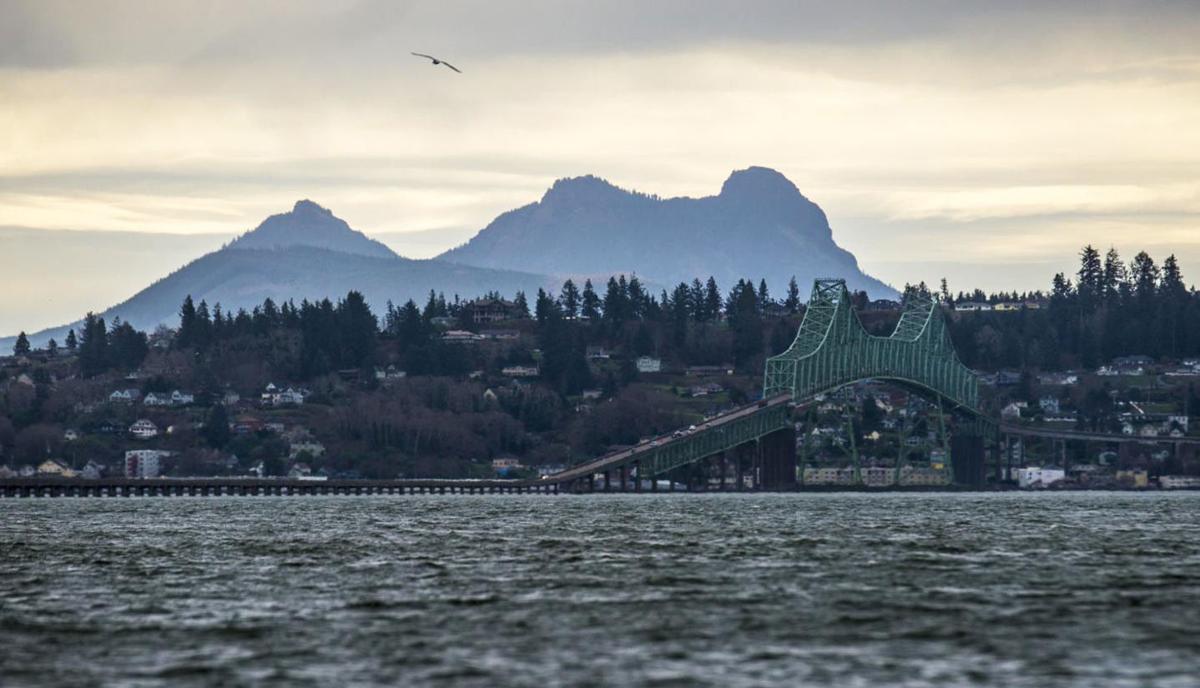 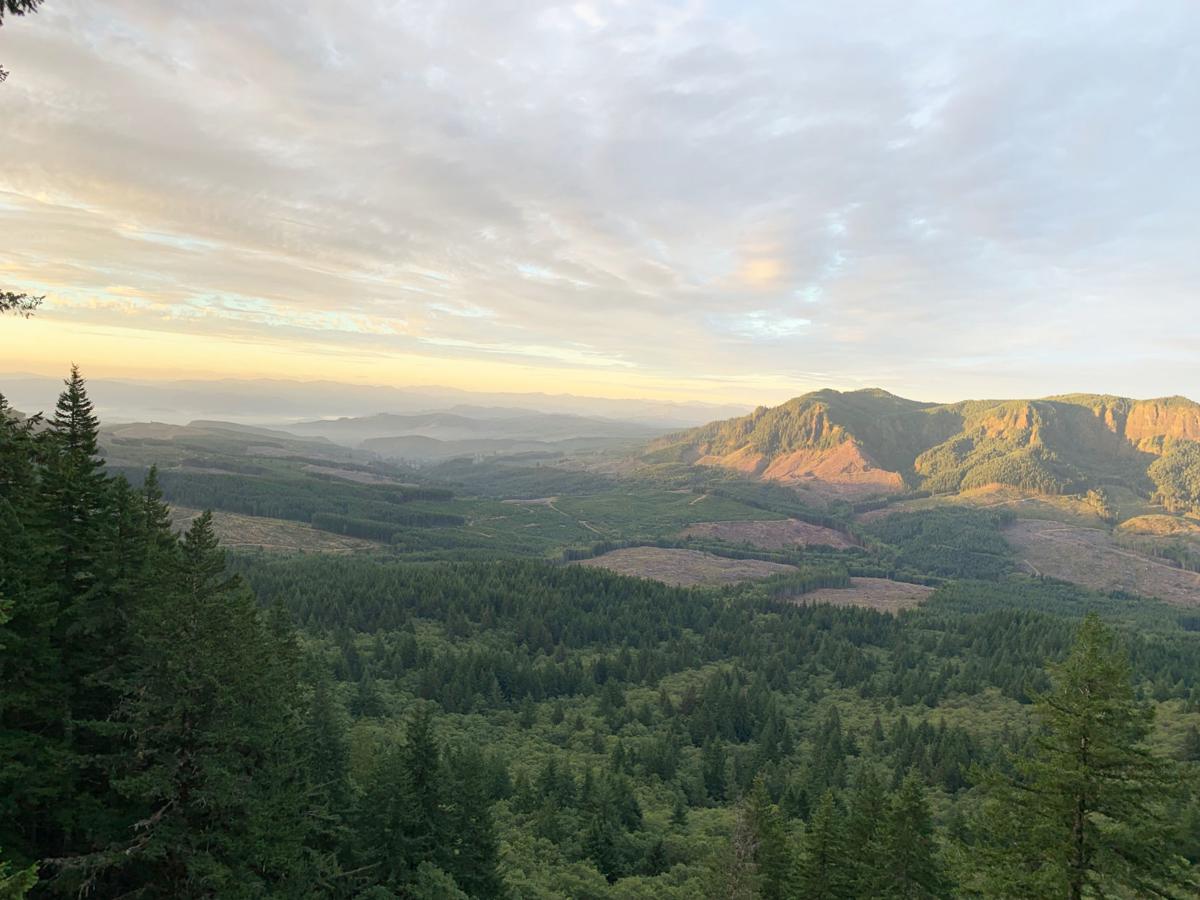 On a clear day, hikers are treated to views of the mouth of the Columbia River all the way to Tillamook Head as well as outlines of prominent mountains like Mt. Rainier, Mt. St. Helens and Mt. Hood. 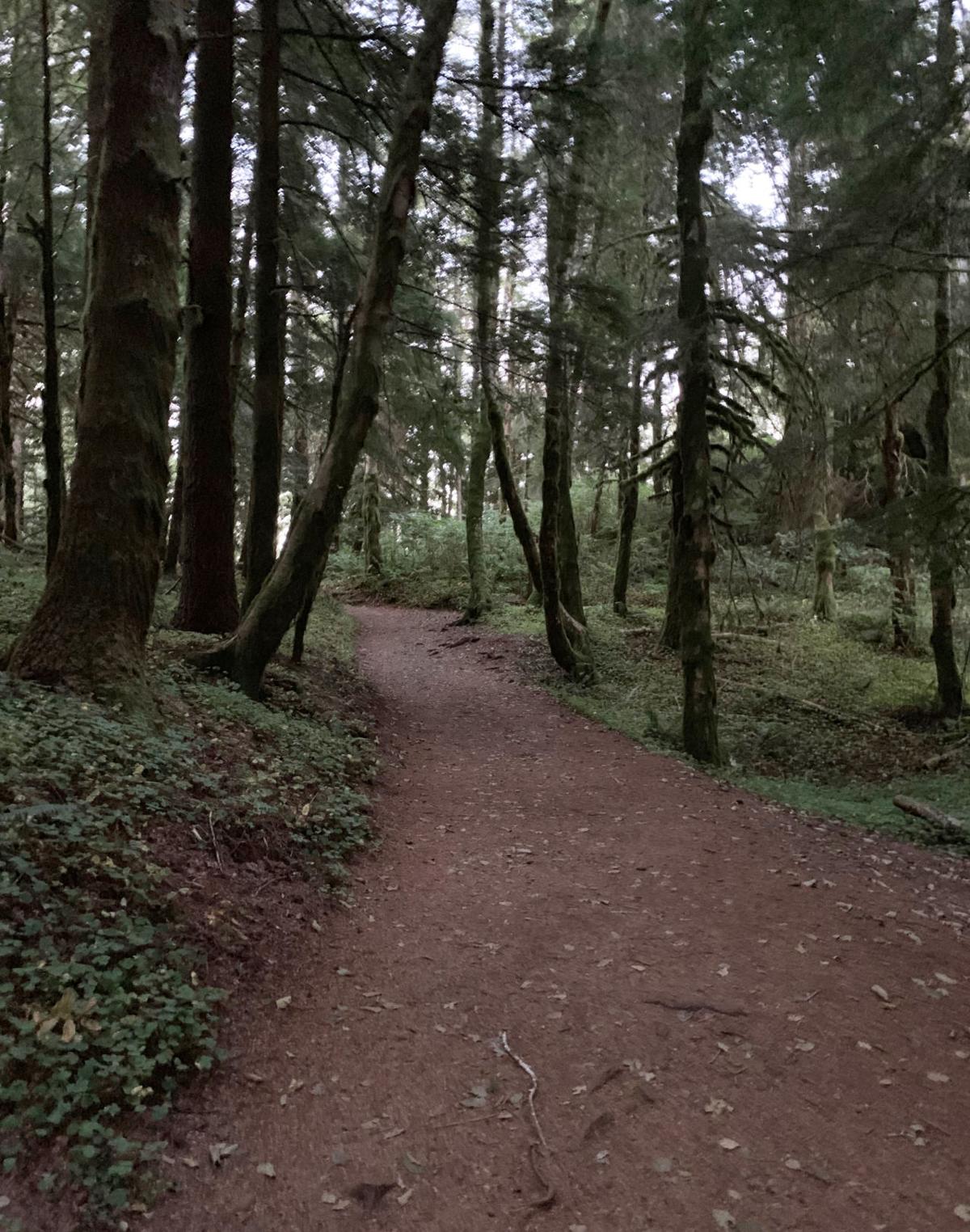 A forest stretch of the trail to the summit of Saddle Mountain. 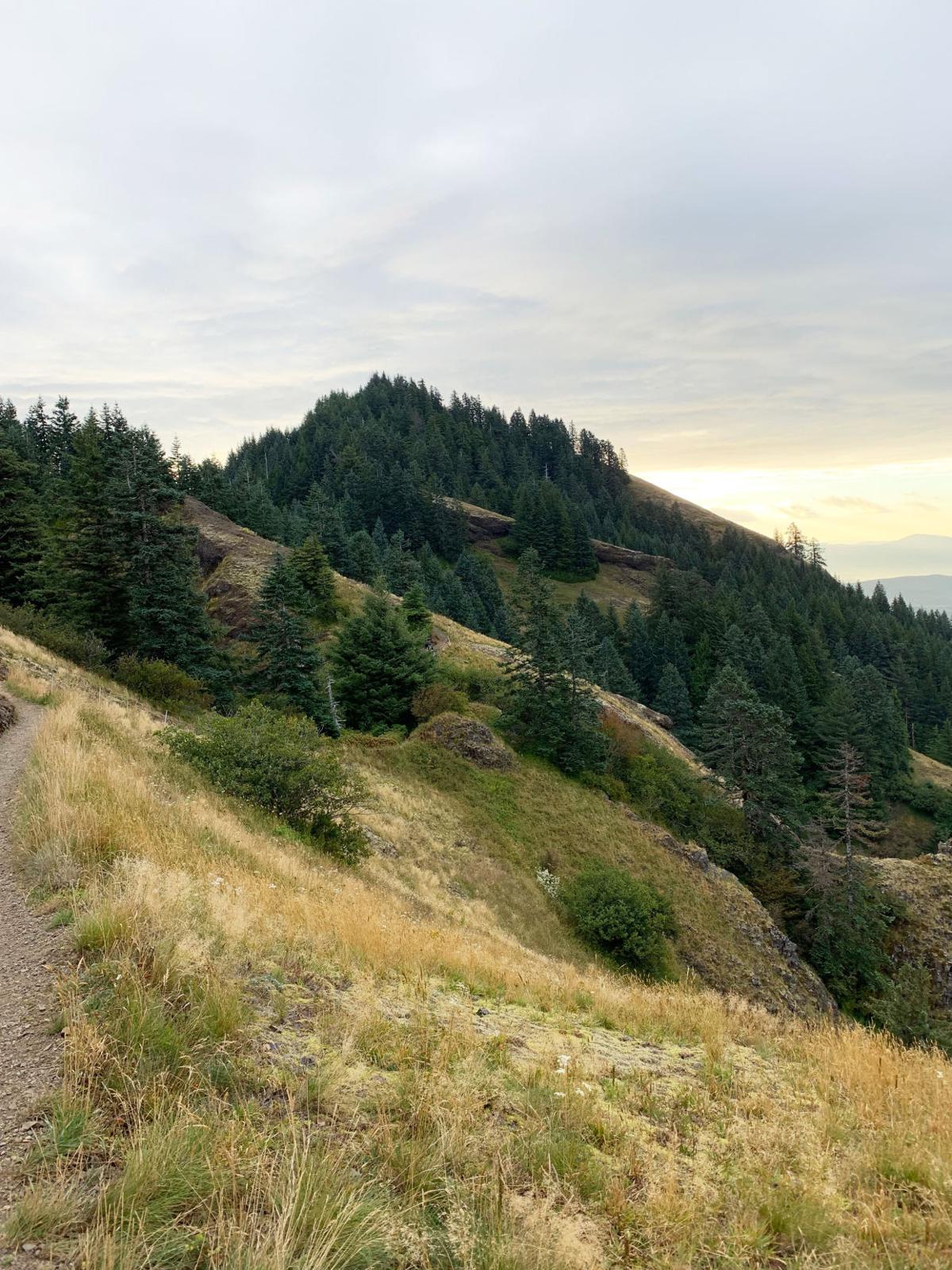 Hikers can see trees lining the mountainside as they climb to the summit.

On a clear day, hikers are treated to views of the mouth of the Columbia River all the way to Tillamook Head as well as outlines of prominent mountains like Mt. Rainier, Mt. St. Helens and Mt. Hood.

A forest stretch of the trail to the summit of Saddle Mountain.

Hikers can see trees lining the mountainside as they climb to the summit.

It was America’s most influential naturalist and preserver of natural and scenic public spaces that said, “The mountains are calling and I must go.” That line, repeated often in folklore of John Muir since he wrote it in 1873 in a letter to his sister, has inspired many such trips to the mountains in search of peace, recreation, scenery or something else.

In that same light that Muir expressed, I often find myself traveling in our region to find solace and strength in nature. It’s fitting that we have so many wonderful and beautiful natural areas to do so, and so many that are close by and accessible.

While I’m no stranger to Saddle Mountain State Natural Area, I’m almost embarrassed to admit how infrequently I’ve made the trip. The mountain is visible throughout the entire county and offers some of the most photographed scenery along the heavily traveled trail anywhere in the state. Yet, I’ve often hesitated to make the trip to and up the mountain. I suspect I’m not the only local who is a bit leery to commit to making the trek.

Perhaps I was uncertain due to the at times steep terrain of the trail during the 3,290-foot climb. Perhaps it was the shaky footing that has become as synonymous with the trail as the windy 8-mile drive on windy roads after you leave Highway 26. I think the biggest deterrent for me was the anecdotes of others and my own experiences of arriving at the top of the mountain — out of breath, tired and perspiring — to find what would be an otherwise amazing view completely socked in by clouds and fog.

Nonetheless, the mountains still called. I planned my trip fully knowing what I was getting myself into. At worst, I thought that it would be a tremendous physical workout and that I’d feel recharged afterwards. But on this day the mountain obliged me in a way that left me speechless and awestruck.

I traveled up the hillside beginning around sunrise and stopped frequently to take in the scenery and catch my breath. If you live in the Northwest, there is no shortage of jaw dropping views, but it would be hard to find anything more spectacular than the vistas that presented themselves.

The trail takes on many different forms and represents all of what the coastal range has to offer as you ascend. You travel through mature forests, grassy fields of wildflowers (if you catch them in the right season) up to a rocky summit that, given the accommodating weather, provides you with a 360-degree view of everything that an Oregonian could love about this state.

I made my way to the top of the roughly 2.5-mile summit in about an hour and discovered that my fortunes were extremely favored. I had a full view of the mouth of the Columbia River all the way to Tillamook Head. Looking east I could see the outline of the more prominent mountains of our region in Mt. Rainier, Mt. St. Helens and Mt. Hood.

The temperature was about 15 degrees cooler than the parking lot where I had started the hike and the wind was howling a bit so my time at the summit was limited. I scampered down the hill, passing many people who were in search of the same experience that I had been favored with.

Saddle Mountain is known and regarded as one of the most scenic and yet manageable hikes in the entire state. On this day, I left quite breathless and in awe of the beauty of the area and I’d suspect that you might have a similar experience with any bit of luck. Indeed, the mountains call of us.

Skyler Archibald is the Executive Director of the Sunset Empire Park & Recreation District and a member of the Oregon Recreational Trails Advisory Council.

"The mountain is visible throughout the entire county and offers some of the most photographed scenery along the heavily traveled trail anywhere in the state."