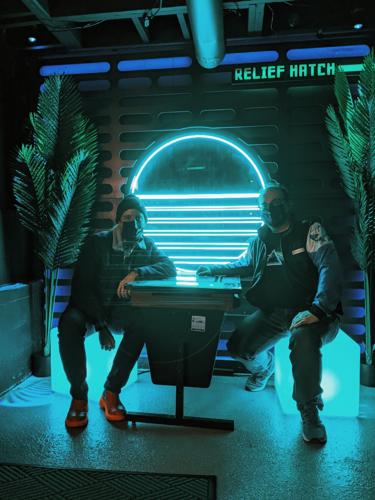 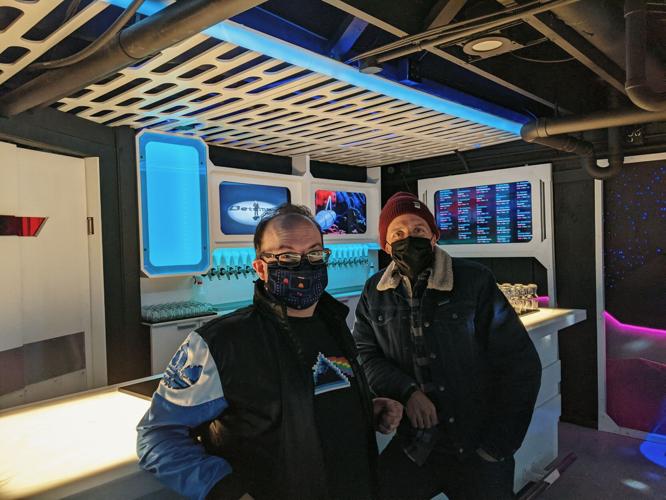 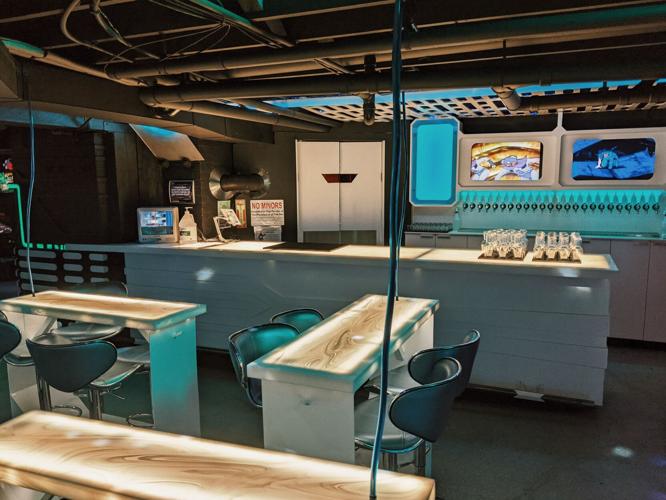 The bar at Galactix. 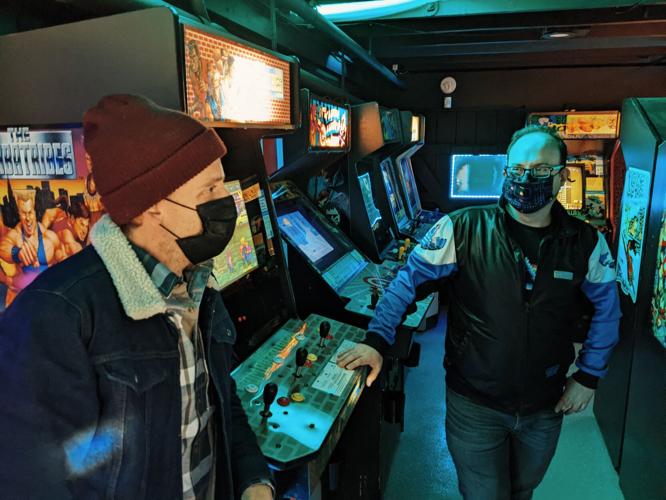 This line of pinball machines makes up just a part of the arcade at Galactix.

The bar at Galactix.

This line of pinball machines makes up just a part of the arcade at Galactix.

Sometimes you have to venture underground to reach outer space. That’s the feeling visitors get at Galactix, an immersion arcade and taphouse located in the basement of the M&N Building in downtown Astoria.

Its founders, Jeremy Towsey-French and Marcus Liotta, say the idea is to “escape to someplace new, someplace foreign.” Liotta added, “We wanted to bring the person outside of their day to day, show them a new world.”

Liotta and his wife, Michelle, purchased the building a few years ago and restored it. Towsey-French is the owner of Reveille Ciderworks in Astoria.

The interior of the new taphouse is fashioned into an entertainment deck of an intergalactic cruiser called Galactix, with each of the more than 30 arcade and nearly a doezen pinball games taking passengers to a separate microcosm.

“Our goal is to make this not just a great immersive experience for gaming, but also a great place for cider lovers and craft beer lovers,” said Towsey-French. “It’s about celebrating Northwest craft beverages.”

Galactix offers 24 taps split evenly between beer and cider. Passengers can enjoy their brews while playing the games, all of which are outfitted with cupholders and cashless play. Users need a dedicated mobile app to pay for and launch the games, some of which are unique to Oregon and beyond.

“We have games here you won’t find anywhere else West of the Mississippi,” Liotta said.

The Japanese four-player sit-down game Dariusburst is one of only about 10 in the United States. Galactix also boasts one of two Les Schwab pinball machines in the world.

The soundtrack reverberating through the spaceship features 60 different actors who intersperse electronic music with stories, notices and announcements, giving the experience a theatrical feel.

The duo met in 2018 at Reveille Ciderworks.

They fleshed out an idea for an arcade and taphouse that would focus equally on beer and cider.

Liotta has been collecting arcade games for two decades and drew inspiration for Galactix from the New York-based Barcade and Portland’s Ground Kontrol.

Liotta had planned to put in an arcade in the back basement space of the building from the outset. The building’s street-level suites host the South Bay Wild Fish House, Terra Stones, Wild Roots Massage and Reclamation Marketplace antique shop.

Before the installation of its signage, sometime in February, Galactix can still feel like a fortuitous discovery to a casual passerby.

Even though it has only been in operation since early January, the venture has exceeded all founders’ expectations, particularly given the limitations the pandemic imposed on the hospitality industry. Galactix boasts a new HVAC system with hospital-grade air filtration. “We want all our patrons and employees to feel safe and comfortable,” Towsey-French said.

Serious gamers, classic arcade nostalgics and seekers of something different on the North Coast have begun to flock to the arcade and taphouse.

Up to 49 people can fit on the Galactix deck, with minors over 13 allowed until 5 p.m.