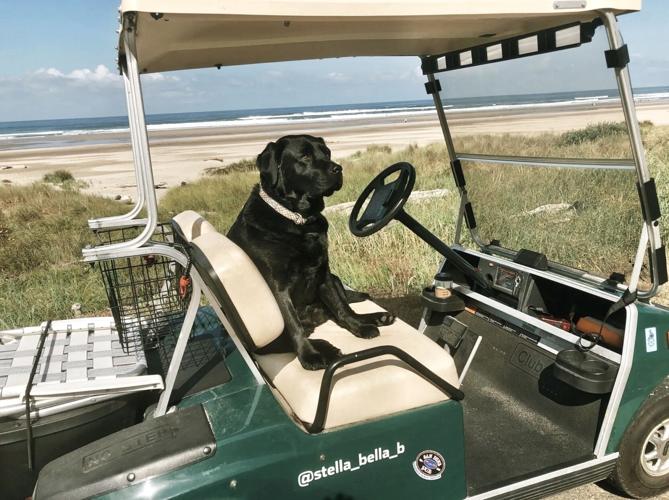 Stella, a 5-year-old Labrador retriever, was voted Mayor of Muttzanita in 2019, when the event was last held. 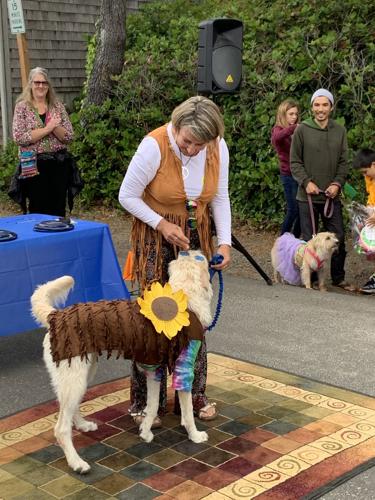 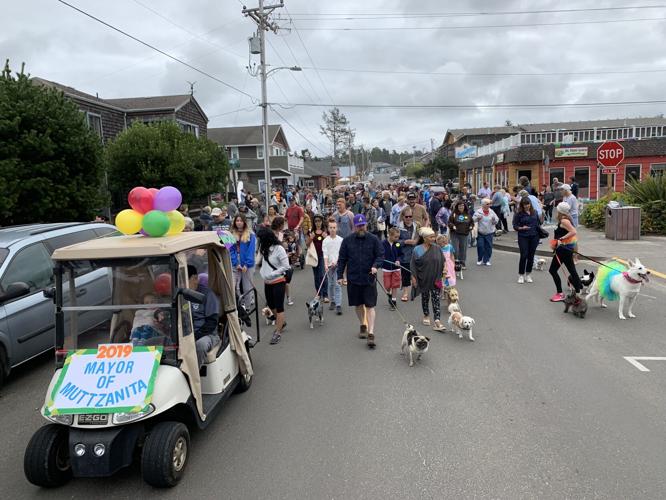 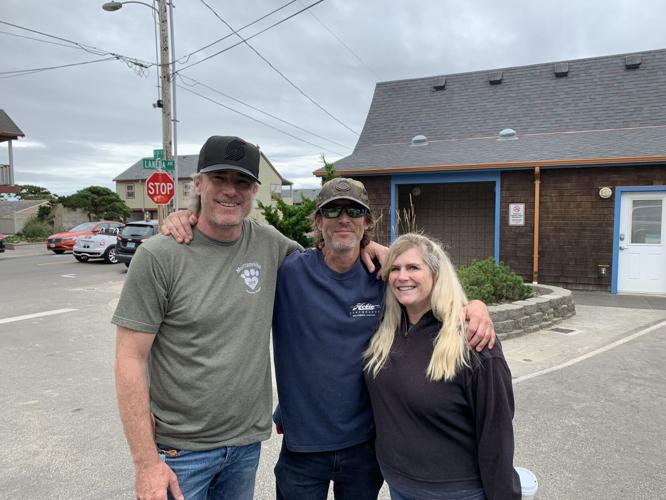 From left, Matt Ruona, Lee Blackmon and Meghan Ruona at Muttzanita in 2019.

Beloved canine friends will return to the shores of Manzanita this weekend. Muttzanita, featuring multiple fun contests, a parade, silent auction and more, will return on Saturday.

It's the perfect event for any North Coast dog-owner or dog-lover to get their fix of four-legged fun.

"We are thrilled to be able to hold Muttzanita once again," Meghan Ruona, owner of Four Paws on the Beach, said. "The community is very supportive and the excitement leading up to the event has been incredible."

Choosing the Mayor of Muttzanita is one of the event’s pillars. Ruona said they’re seeing a record number of people wanting to vote for the contest this year.

The mayor is chosen by popular vote, and the contest has eight nominees this year. In 2019, 5-year-old labrador Stella took home the title. "They are all so adorable and worthy of the Mayoral position," Matt said.

The new honoree will be sworn in just before the parade starts, and then they’ll ride with their human companion at the lead of the parade.

Candidates this year included dogs of all different breeds and ages, ranging from 2-year-old Dexter, a Havanese and terrier mix to Elliot, an Anatolian shepherd mix who is almost 13 years old.

Voting is open at locations around town, including Four Paws on the Beach, The Manzanita Visitor Center, Columbia Bank and the Manzanita Farmers Market on Friday evening. Voting closes at 7 p.m. on Friday.

Manzanita’s organizers have a day stacked with fun activities for furry friends and their humans alike.

"The real heart of Muttzanita are the live events, so we are so happy to be able to hold them again," Matt said. "In past years, the event has attracted about 100 people, with half as participants and half as spectators joining in on the fun."

After the Mayor of Muttzanita is chosen, a parade heads down Laneda Avenue to the beach. There, a chuck-it and musical "sits" contests will commence. Musical sits is Muttzanita’s rendition of musical chairs – dogs walk alongside their owners. When the music stops, the last seated pooch is out.

Musical sits and the chuck-it extravaganza will be followed by a pet talent and costume contest. Prizes will also be given out to other notable participants, like the oldest and youngest dogs.

Manzanita has two new attractions this year, Ruona said. For the first time, a food truck, Rice and Shine, will be on-scene for all of Muttzanita’s hungry humans (and maybe a few hungry dogs, too).

Nehalem Bay and Rescue will also be swinging by the event with one of their trucks to show the tools they use to rescue animals on the beach.

The event will wrap up with a silent auction. One of the most notable parts of Muttzanita is its fundraising for Animal Haven by the Sea Rescue, a local group in Nehalem dedicated to helping lost pets or those without homes.

Last year, in lieu of the event, Four Paws on the Beach continued fundraising efforts for Animal Haven to keep supporting animal needs even though Muttzantia was postponed.

Ruona added that Muttzanita is still seeking volunteers. The event requires about 15 helpers, and there are still some spots left. Interested volunteers should email woof@fourpawsonthebeach.com.