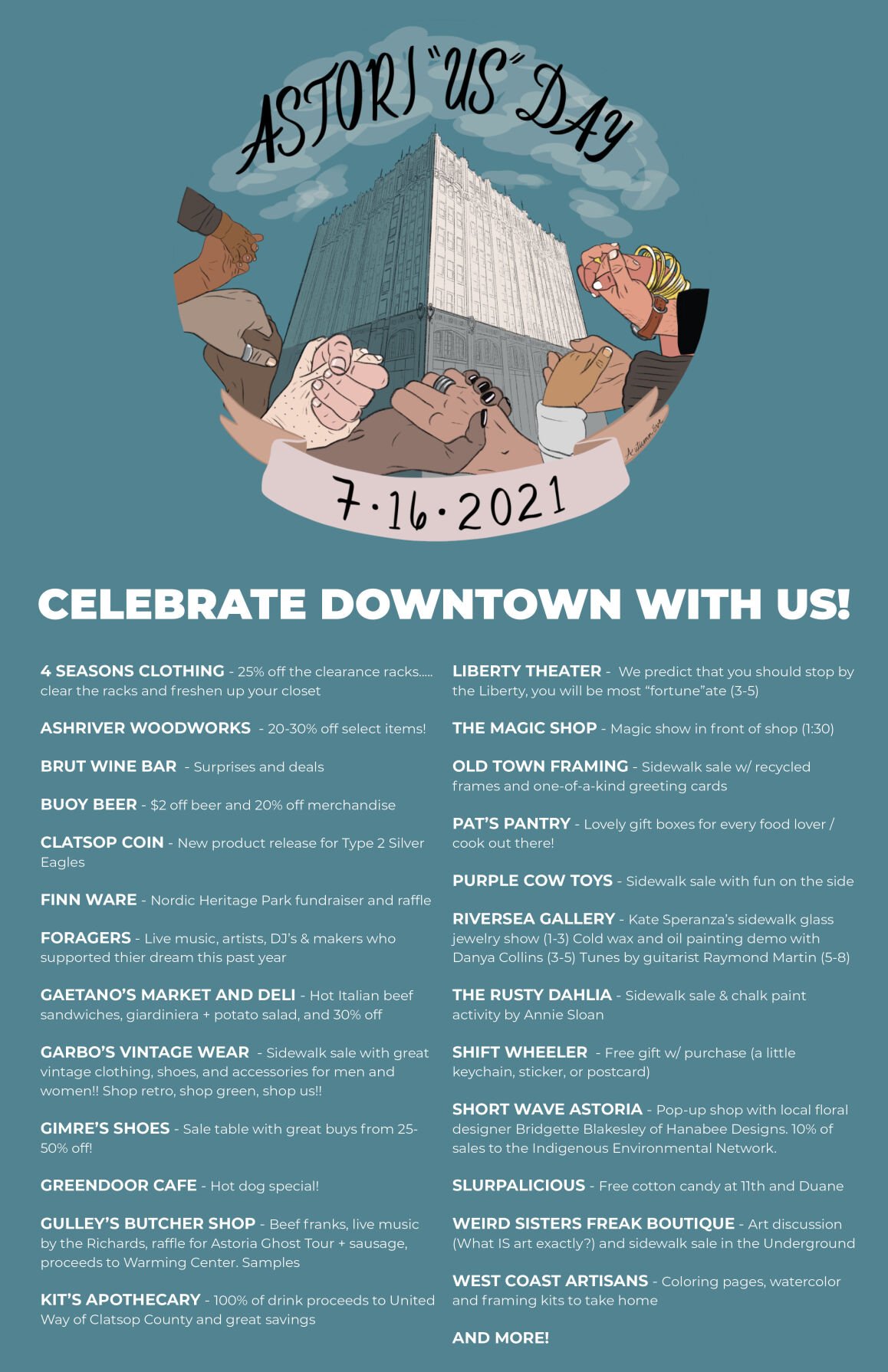 A poster detailing which businesses are participating in AstoriUS Day. 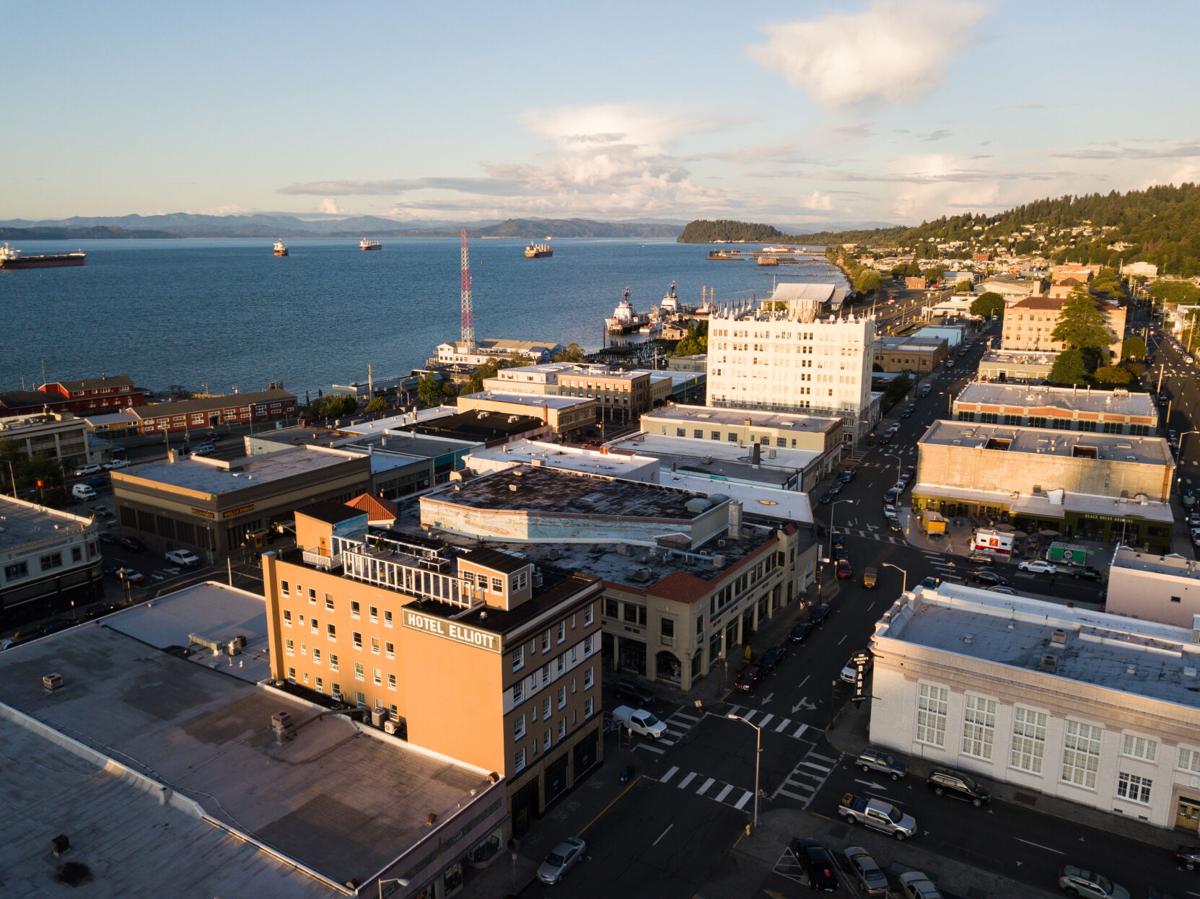 An upcoming event will bring local residents to downtown Astoria to celebrate the reopening of local businesses.

Friday will mark the first AstoriUS Day. During the event, community members can shop at small businesses and participate in special events. The Astoria Downtown Historical District Association is the event’s host.

AstoriUS Day is a little different from a typical walk-and-shop style of event, said Shelby Meyers, Astoria Downtown Historic District Association’s marketing manager. Stores will take part in AstoriUS Day through a variety of different ways, each offering some sort of promotion or event specific to their business.

“We wanted to have a celebration to bring people back downtown,” Meyers said.

Meyers expects about 24 businesses to participate in AstoriUS Day.

Meyers wants the event to be for Astorians. After over a year of being quarantined with limited shopping options, she hopes AstoriUS Day can remind people of what great local businesses the downtown area has.

“With each individual promotion, the businesses really get to highlight what they’ve been working on,” Meyers said. “There’s so much new that people have been creating this past year. And there’s also a solid handful of brand new businesses.”

AstoriUS Day is free and open to the public. It’s a retail-driven event, Meyers said, but because downtown Astoria is home to a number of wonderful restaurants, finding a place to eat should be easy.

“Getting people to take that extra second to just see what’s down here and that we’re as strong as ever is what this event is about,” she said.

The event will take the place of the downtown district’s annual sidewalk sale — but the option of hosting a sidewalk sale hasn’t been ruled out for businesses. Meyers said she wanted to take the sidewalk sale and expand on it to give stores more room for creativity in how to include their products and services.

Many stores are still opting to bring their goods outside to sell, including Weird Sisters Freak Boutique, Purple Cow Toys and Old Town Framing.

Some stores, such as West Coast Artisans and The Rusty Dahlia, will be hosting make-and-take art activities where participants can take home a creation of their own.

RiverSea Gallery has planned demonstrations by local artists Kate Speranza and Dayna Collins. Speranza will be sharing a new collection of downtown Astoria sidewalk glass jewelry from 1 to 3 p.m. Guests can look forward to a tutorial on painting with cold wax and oil from 3 to 5 p.m. with Collins. Following the demonstrations, guitarist Raymond Martin will perform from 5 to 8 p.m.

Also in the lineup is a magic show, scheduled for 1:30 p.m. at The Magic Shop.

Gaetano’s Market and Deli will be selling special Italian beef sandwiches with house made giardiniera and potato salad, and Gulley’s Butcher Shop beef franks will be available for $5, accompanied by live music from DeLores Richards, Ken Richards and their family.

The event will also feature a sticker designed by local artist Autumn Eve Montgomery Hurd, available to pick up at all participating stores.

All day Friday, throughout downtown