Skip to main content
You are the owner of this article.
Edit Article Add New Article
You have permission to edit this article.
Edit
Area Guide
Calendar
Coast Weekend
Our Coast Magazine
Weather
Multimedia
Newsletters
Share This
1 of 8 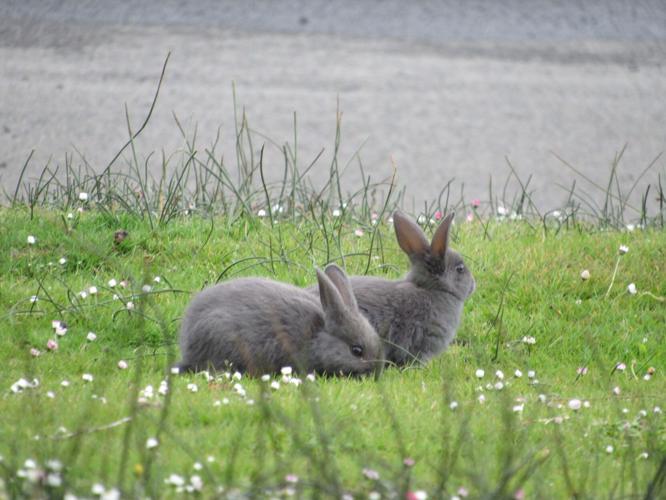 A pair of bunnies rest in Tolovana Park. 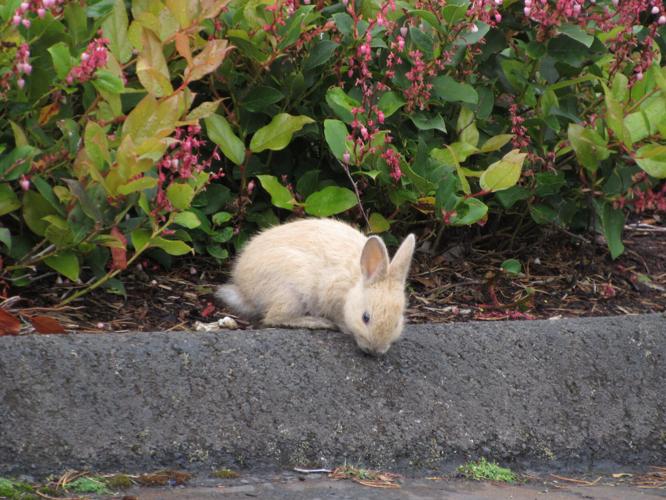 A bunny peers off a small curb. 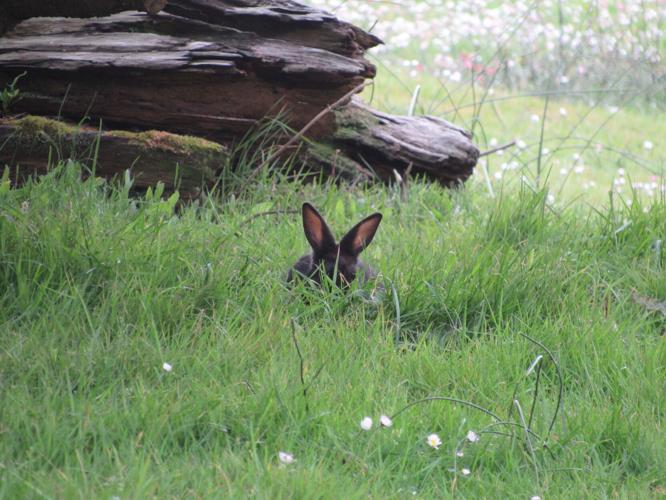 A bunny’s ears stick out above grass. 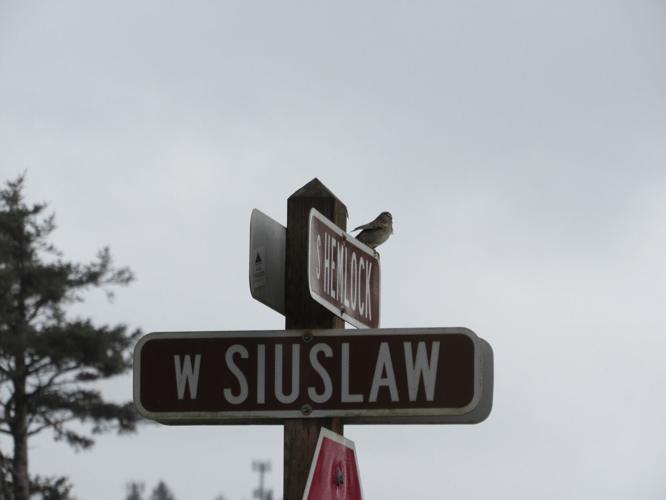 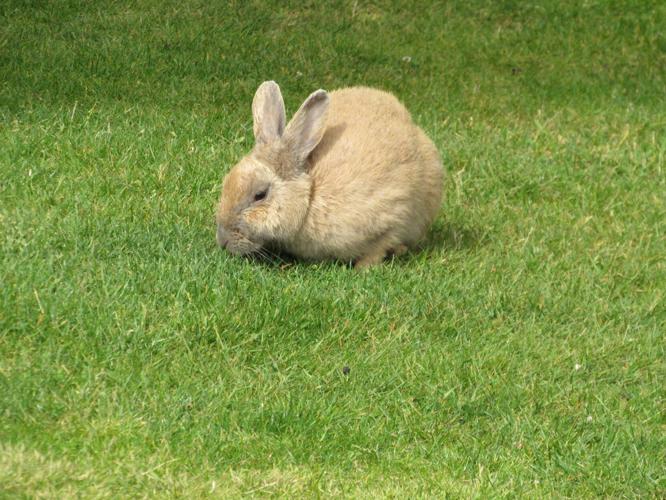 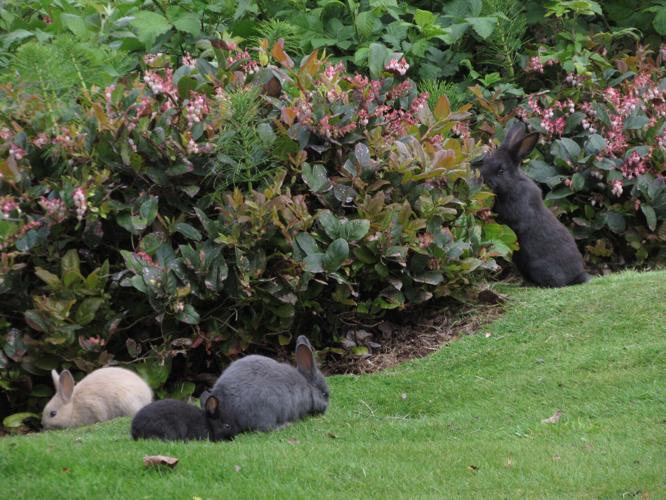 A group of bunnies rest near some bushes. 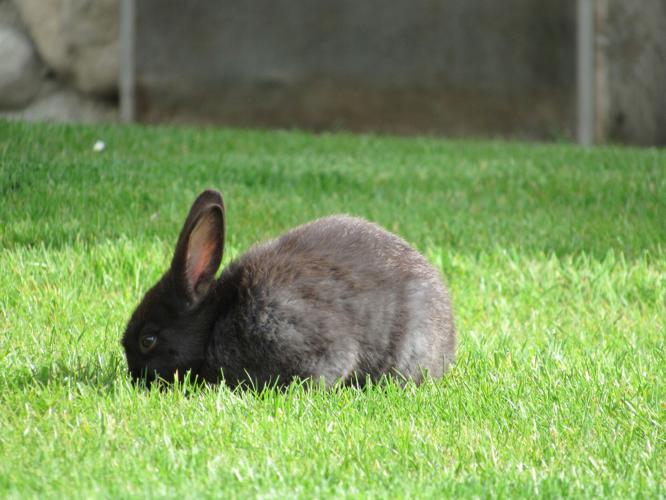 A black bunny eats some grass near Tolovana Park. 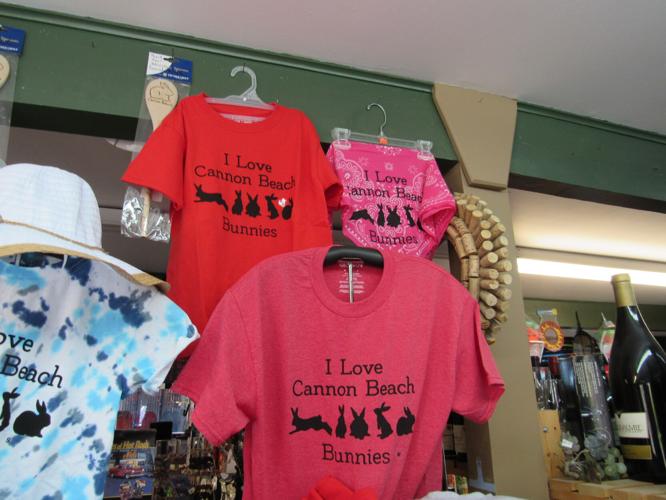 Visit Tolovana Park and you’re bound to see them.

Bunnies line the entry along Tolovana Beach State Recreation Site, toward Mo’s, and around W. Siuslaw Street. The bunnies, which have garnered debate among local residents in recent years, are the focus of a recent documentary.

Brianna Ortega, the documentary’s creator, created a short film about the bunnies, titled “To Exist.” Ortega is a student in Portland State University’s Master in Fine Arts in Contemporary Art Practices: Art and Social Practice program.

A variety of people’s opinions about the bunnies are shared throughout the video as the video features images of the bunnies. In addition to the documentary, Ortega also hosted an opening of “Bunny Hill” in April.

“I was interested in hearing about people’s relationships to the bunnies, whether the bunnies lived on their block and how they felt about it … I thought it would be interesting to have a grand opening of Bunny Hill as a public historical site and invite people of different opinions to come together in one singular place and explore their emotions around the bunnies,” Ortega said.

The bunny population has increased since a bunny owner left their bunnies in the area several years ago. Since then, the bunnies have repopulated and gained some notoriety locally, as residents have complained about the bunnies damaging gardens, peeing on lawns and leaving rabbit pellets behind.

In 2018, the situation gained attention across the U.S. That same year, a string of bunny deaths was investigated by police and a “Save the Cannon Beach bunnies” petition was started online. The Cannon Beach City Council made it illegal to feed wild animals in 2019.

Ortega’s interest in the project began about five years ago after noticing the bunnies, hearing other people talk about them and seeing local news coverage about the bunnies. She planned to put it together in 2020 but held off another year because of the coronavirus pandemic.

“Everyone was always talking about Bunny Hill but there was no official designation of it being a public historical site. It feels like the site does have history to it because it’s been existing for a long time, there’s been bunnies here for 20 years since they were released,” Ortega said. “Regardless of your political affiliation, you can still acknowledge it as a historical site.”

The film was shown by the Cannon Beach Arts Association.

“I’m just really interested in using art to bring people together socially and to use it as a tool to learn something outside of ourselves … to maybe have a conversation they weren’t really expecting to be invited into or to have with other people around,” Ortega said.

During the first half of the film, the words “bunny” and “bunnies” aren’t said as people describe their thoughts on the animals. Some comments are supportive of the bunnies, while others talk about wanting to remove the bunnies from Tolovana. Ortega said she didn’t include the words during the first half of the film “so that people would maybe think about other issues in society.”

“(It’s) inviting people to be able to also reflect on asking themselves if the bunnies have a voice too, through all of these people sharing their opinions and then reflecting on these great systemic issues,” Ortega said.

One of the common issues brought up in the film is localism, as many people talked about being a local resident. The comments made Ortega think about how long it takes for animals and plants to not be considered invasive after being introduced to a new area, she said.

A couple dozen people attended the grand opening of Bunny Hill in April. The hill, which is located at the end of W. Siuslaw Street next to Tolovana Inn, is viewable to anyone and is a block over from Tolovana Beach State Recreation Site.

The day of the event was rainy, which resulted in some people not being able to attend, Ortega said. A large “grand opening” banner marked the occasion, plus a ribbon cutting ceremony that Ortega led. During the event, people were also able to share their opinions on the bunnies.

“Many people still showed up, which is really great. It was cool to see people really invested,” Ortega said.

The quiet hill features a large bush which bunnies hang out under and around. The bunnies can also be seen eating grass and resting along the hill, closer to the inn.

Next up for Ortega is working on finishing her degree program. She is also working on another project featuring tufted puffins.

Where to watch the video