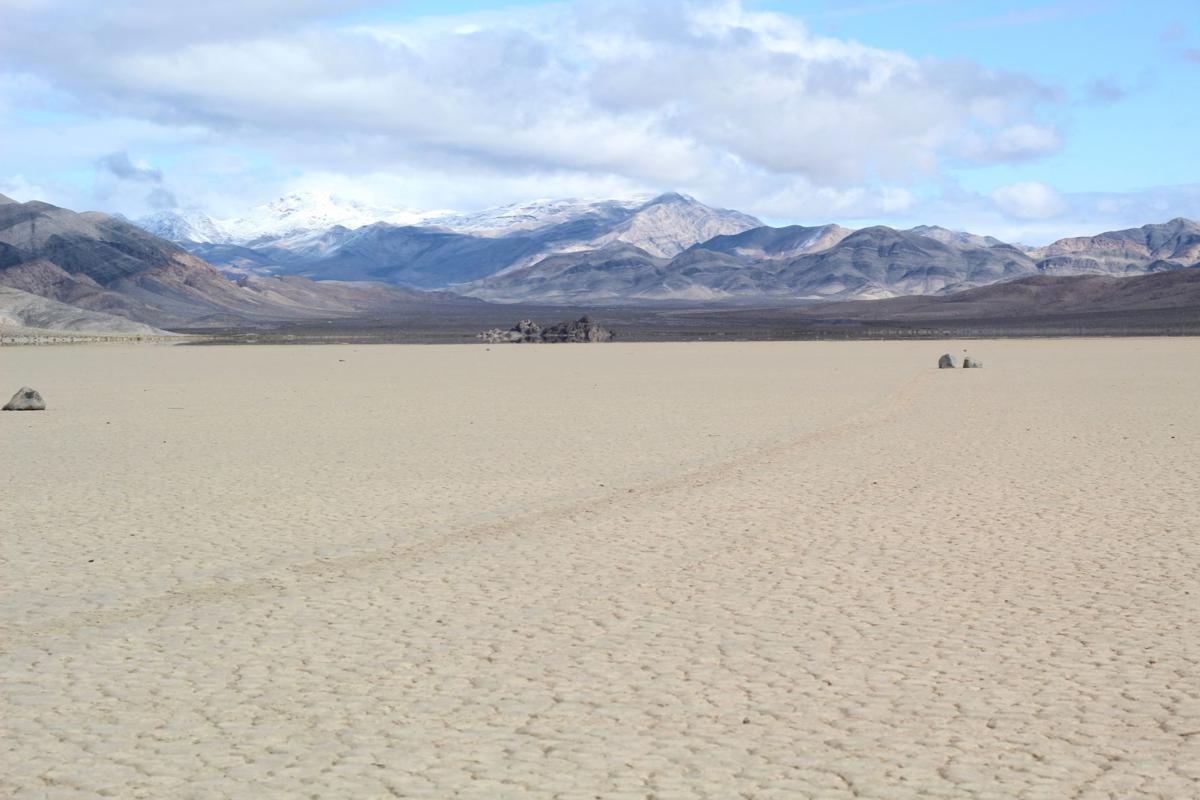 The deserts of Death Valley National Park are among the hottest and driest in the world. 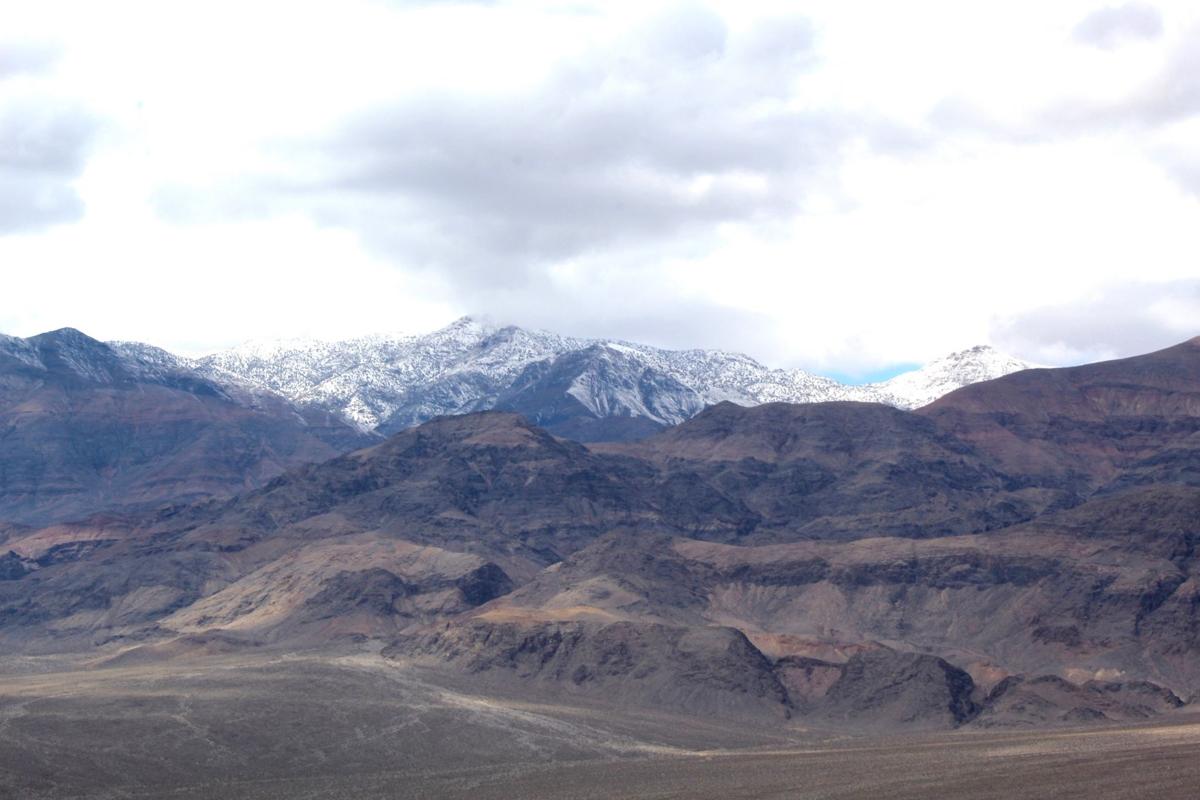 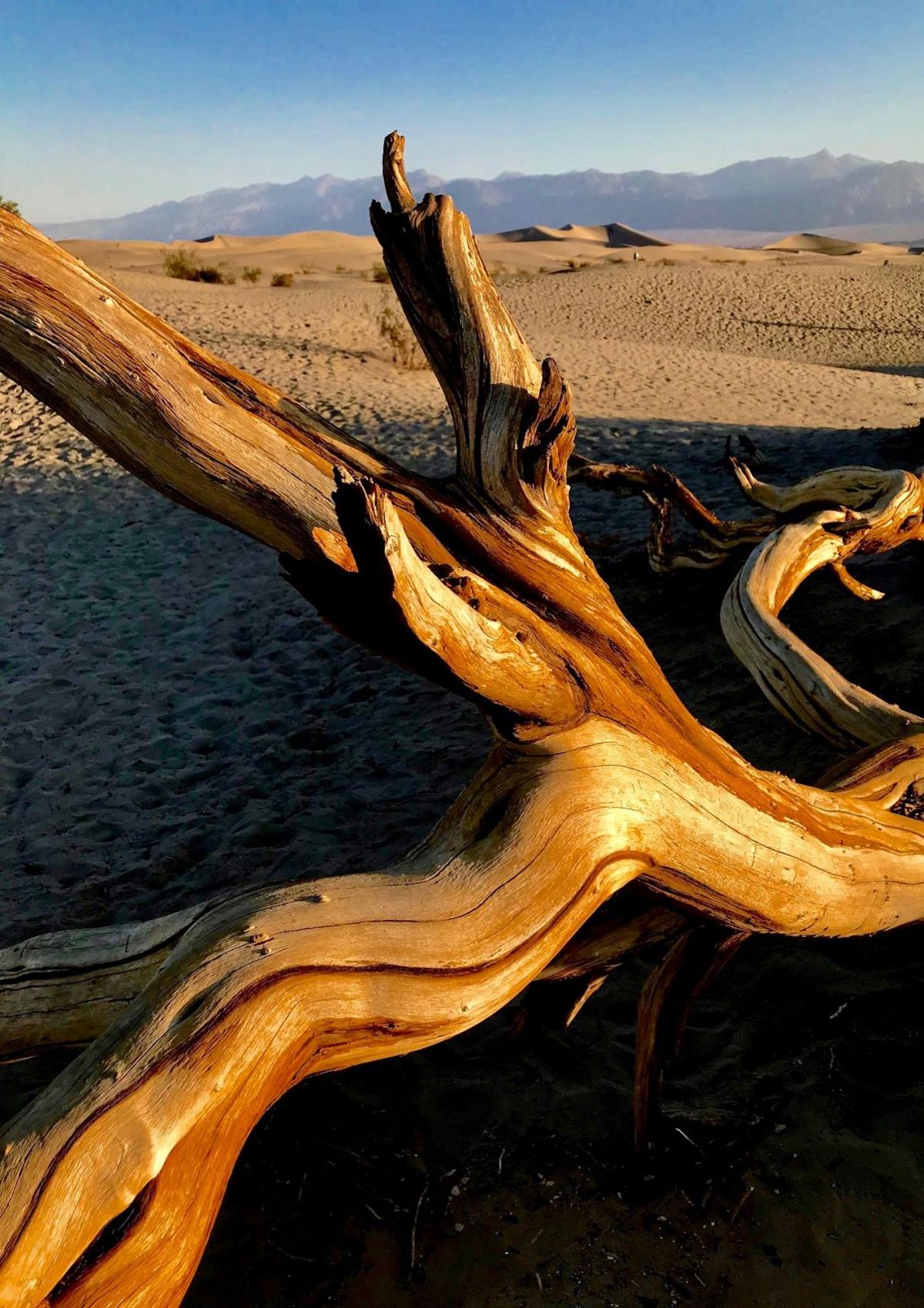 Wood on the Mesquite Dunes in Death Valley 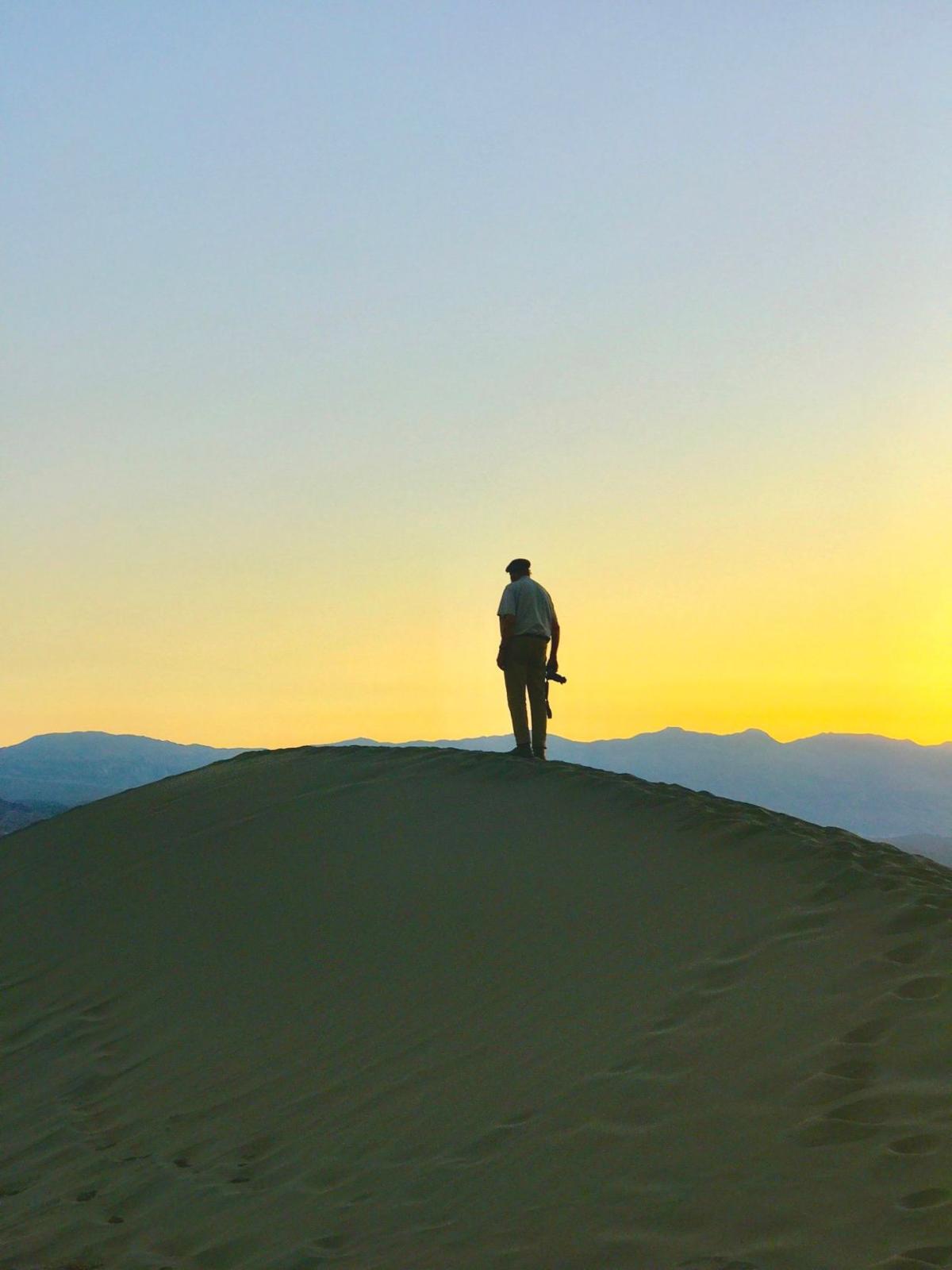 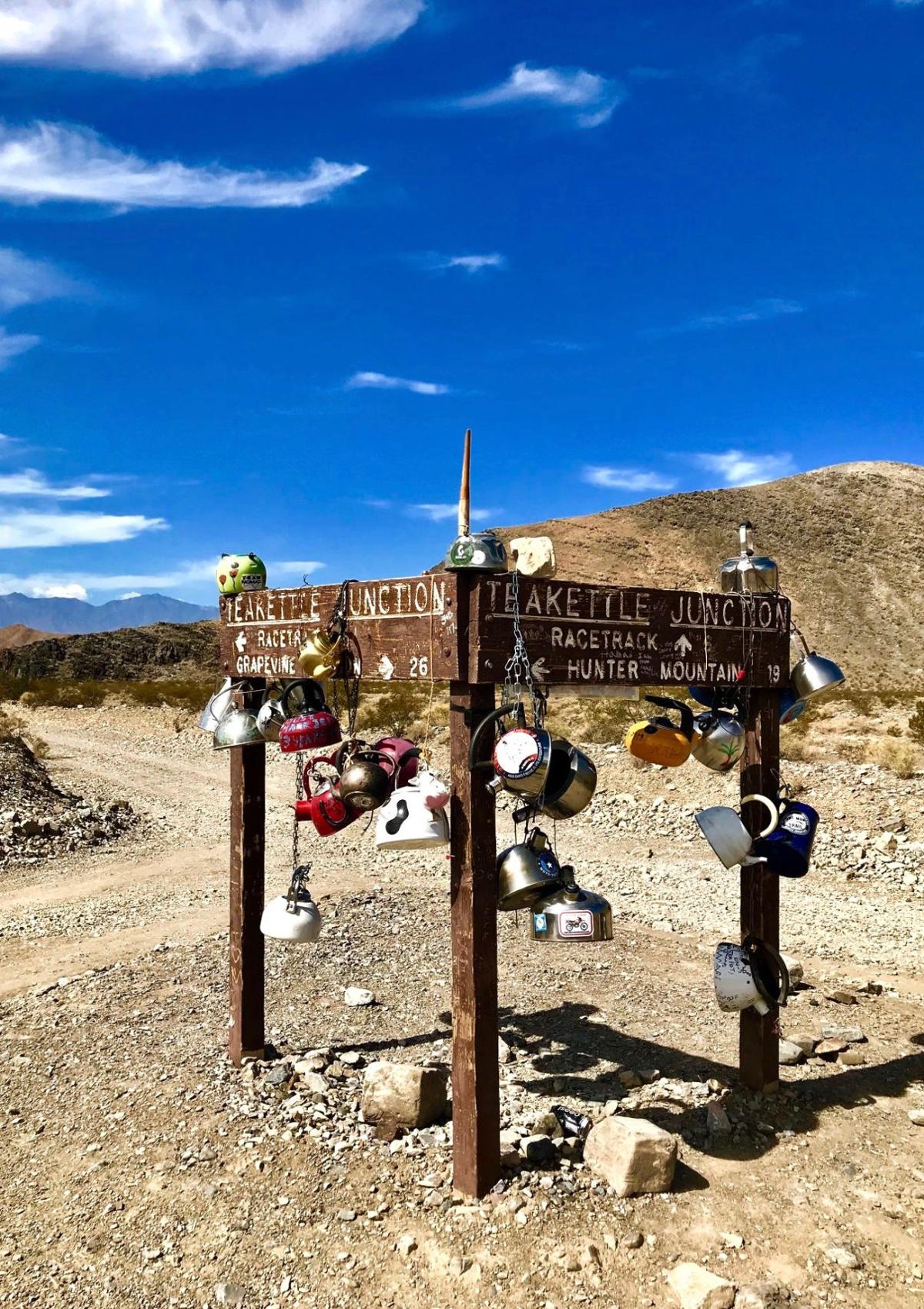 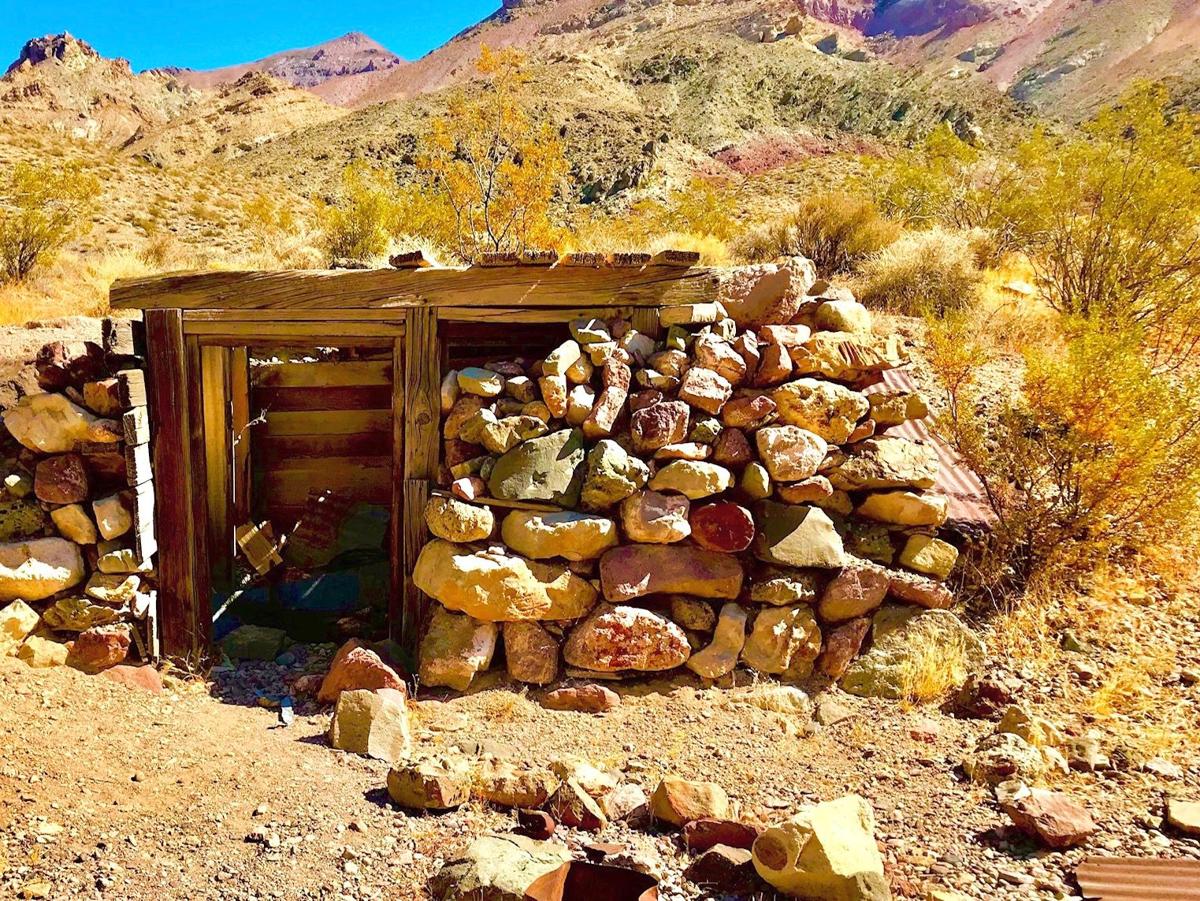 The deserts of Death Valley National Park are among the hottest and driest in the world.

Wood on the Mesquite Dunes in Death Valley

The heavy rain of fall pushes inland off the Pacific with all the force of a marauding bear. The clouds are gray and swollen. When the rains fall, they lash. Strangely, this reappearance seems comforting. Many seasons have passed since this frequent visitor arrived in full force.

Rain is our friend.

A thousand miles from here lies a valley that holds the record as the hottest spot on earth, a place called Death Valley. The gorge sits 282 feet below sea level and has bragging rights as the lowest piece of real estate on the continental United States. For an old man who spent a lifetime embedded in the green lands, the heat of the desert struck me like a sledgehammer.

My wife and I drove east with our old friend and photographer Dwight Caswell. An early pioneer woman crossed this terrain in a doomed wagon train in 1849. The guide of this ill-fated mission believed that by taking the valley route, they would shortcut the ragged Panamint Mountains that surround the ancient lakebed. The valley rolls on, a relatively level landscape for 140 miles from east to west. Three days on the scorching sands and the oxen were dead. On foot, the survivors trudged onward. There was little water. The sun baked their faces. There was no shelter.

When the few departed from basin weeks later, the woman turned and shouted, “Goodbye, Death Valley.” Her words were immortalized.

From water to dust

The valley’s natural beauty is startling. We traversed its desert skin for three days. In the distance, the flat salty plain played tricks on the eyes. The mirage appeared clear. Weren’t we staring at water, at a lake? All this had once laid under 400 feet of water.

Ask me, where does a human go when water turns to dust?

The answer is simple enough. They stand in awe, but respect the reality: death could come easily here if left to the elements – without water or shelter, it certainly will.

We ventured miles up rough roads to marvel at a lakebed called the Racetrack. There, in the few winter days when a thin coating of ice lay on the frozen lakebed, stones were pushed across the harsh terrain by strong winds, leaving a trail gouged out across the flat earth.

Fifty miles away, a volcanic eruption created the Ubehebe Crater, a half-mile bowl surrounded by striated cliffs. When the rains came, the water etched fantastical patterns into the sides of the 400 foot depression. The beauty is impossible to miss, but so is the reality of time and place – from time immemorial, the universe has thrown hardballs.

Native Americans lived in these valleys and canyons and left petroglyphs. For thousands of years, they survived in this untamed land – they continue to live here today and write new stories.

In the center of the valley lies the Mesquite Sand Dunes, which we explored on foot in the early dawn, Caswell’s favorite time to shoot with his big box camera. The man is patient. On a good day, he might take only a couple of photographs. The landscape is inspirational. What part of this hothouse isn’t? But capturing all that on film or canvas is the artist’s perpetual challenge.

Back to the sea

At home, it continues to rain. Lightning flashes, followed inevitably by thunder. The rain falls harder now, and the sandy ground gathers up the sky’s tears, drinking them in like the thirsty humans I imagine wandering the parched oasis, Death Valley.

There is a price to pay for undisturbed beauty, for the privilege of viewing a harsh, stunning landscape. We were lucky. Death Valley offered up its best. So far from home, we opened our eyes to a rare and harsh wilderness and were rewarded – our thirst for adventure quenched in one of the driest places on Earth.