Skip to main content
You are the owner of this article.
Edit Article Add New Article
You have permission to edit this article.
Edit
Area Guide
Calendar
Coast Weekend
Our Coast Magazine
Weather
Multimedia
Newsletters
Share This
1 of 5 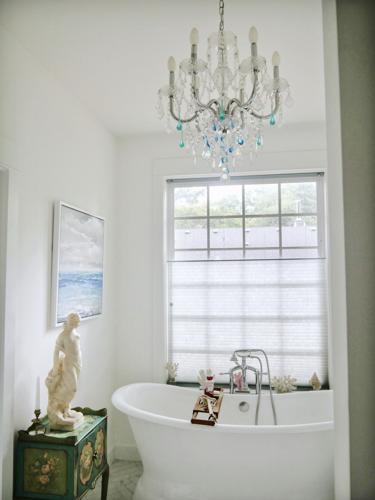 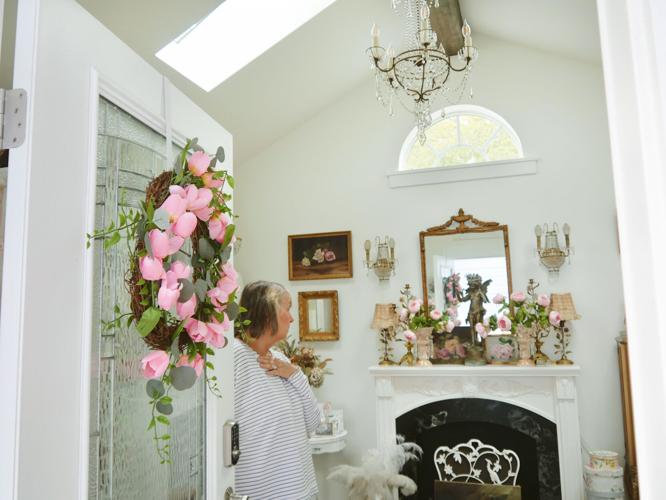 Pat Tulip opens the door to the “she-shed” in the garden of the Tulips’ Cannon Beach home. 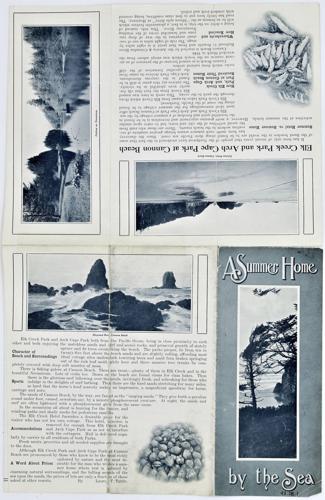 A historic brochure for summer cottages in Cannon Beach. 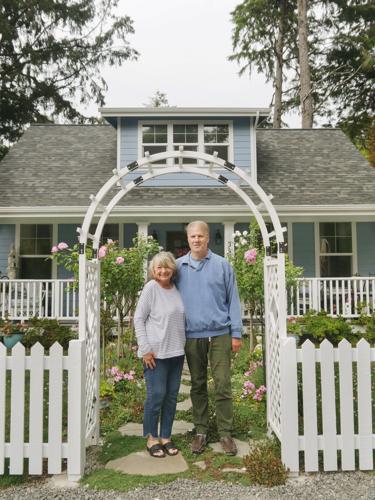 Pat Tulip, left and husband Craig stand in front of their cottage, one of 16 featured on the Cottage & Garden Tour. 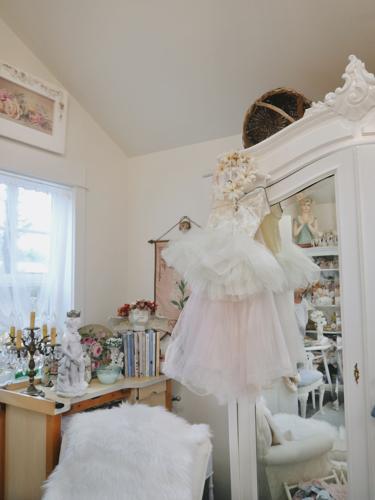 At the Cannon Beach cottage of Pat and Craig Tulip, a blue Craftsman-style bungalow nestled against a tall row of hemlock and pine trees, not a single object is out of place.

Not the white wicker tea cart and blooming rose bushes adorning the Southern-style front porch, or Mittens, the couple’s tuxedo cat, resting in the living room on a folded blanket next to a row of books. Not the carefully placed shell collections and coordinated pastels. “I love French antiques,” Pat said, scanning shelves in the living room. “So I have French altar sticks, candlesticks on the mantel.”

Stepping through a set of doors into the garden, Pat made her way to a second cottage, a “she-shed” with antique chandeliers, handmade tutus and jewelry-making supplies. “These are all French wedding things,” Pat said, pointing to one cabinet. “Wedding hats, veils and a doll that was given to me by my mom. It was also her mother’s.”

The Tulips’ home is one of more than a dozen cottages open Saturday as part of the Cottage & Garden Tour, an annual fundraiser benefiting the Cannon Beach History Center & Museum. Now in its 19th year, the tour will offer visitors a taste of cottage living in the Presidential Streets neighborhood, a midtown Cannon Beach district planned in 1903 with the intention of developing a summer cottage community.

Some homes on the tour are historic, stretching back to the days when Otto Kraemer, a Portland investor, named the series of Cannon Beach streets after U.S. Presidents, beginning with Washington Street and continuing south.

Many homes feature traditional exposed shingle siding and original floor plans. Others, like the Tulips’, are new, reflecting the town’s continued growth.

Each home, regardless of era, displays a certain ethos of respecting the land and local community. “The land itself is historic enough. The people who bought this land are so thoughtful. They’re not trying to cut down that tree, they’re not trying to disturb,” Andrea Suarez-Kemp, museum manager at Cannon Beach History Center & Museum, said.

According to museum staff, competition for limited space on this year’s tour was high. “We’ve had homeowners come to us,” Liz Scott, the museum’s outreach coordinator, said. “They want to just showcase their home. It’s amazing because we can’t do it without them – and the volunteers as well.”

The self-guided walking tour, which lasts from noon to 5 p.m. Saturday, will also include the Coaster Theatre Playhouse, a building which once held a skating rink.

But first, on Friday evening, an opening benefit will offer a set of unique experiences, including a live demonstration of metal detecting and the chance to host an event at the historic West-Bouvy cabin in Cannon Beach. Other auction items include a “Terrible Tilly” bundle, artwork by local painter Jeffrey Hull and a package from the Cannon Beach Chocolate Cafe. Pours from Pelican Brewing Co. and wine from Wine Hooligans will also be served.

Following the auction and tour, a garden tea event and lecture will be held from 11 a.m. to 1 p.m. Sunday at the Cannon Beach Chamber Hall, with presenting speaker Doug Kenck-Crispin. For one afternoon, after a weekend of touring, it’s a chance to step into the “cottagecore” dream.