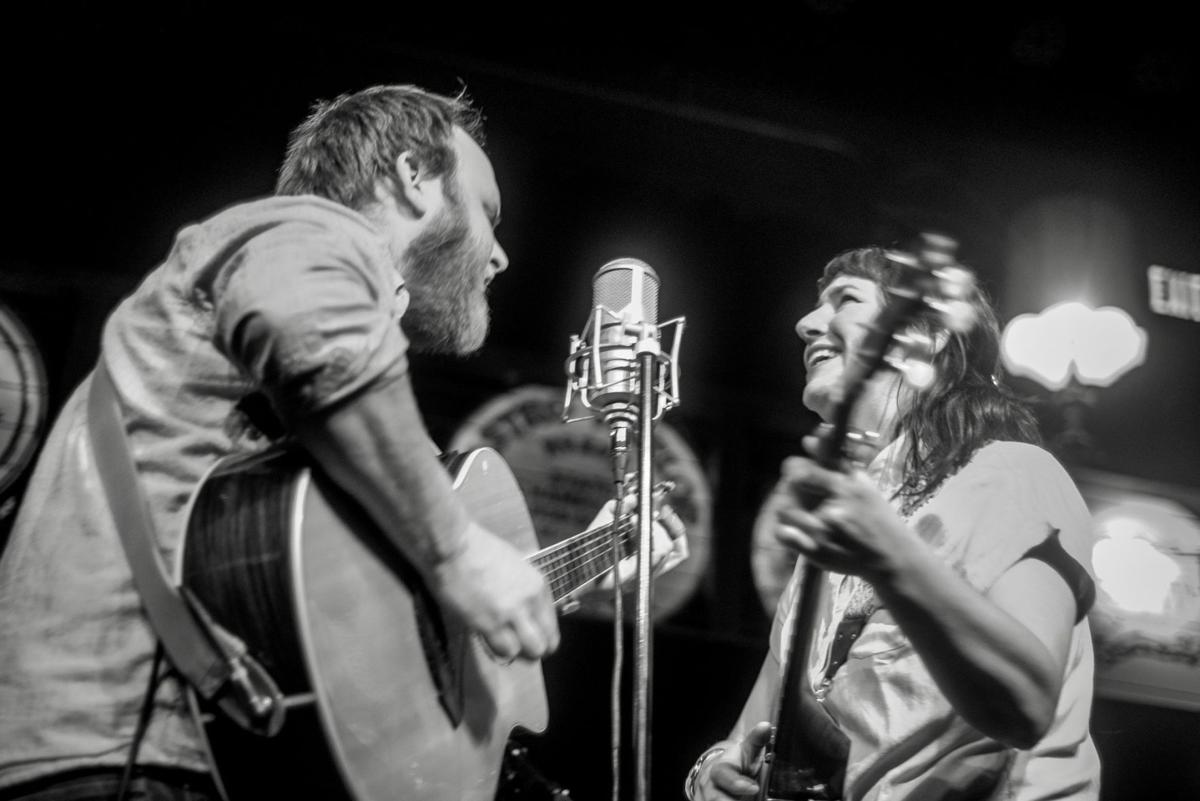 Luke Ydstie and Kati Claborn live together in Astoria with their daughter, Hazel. 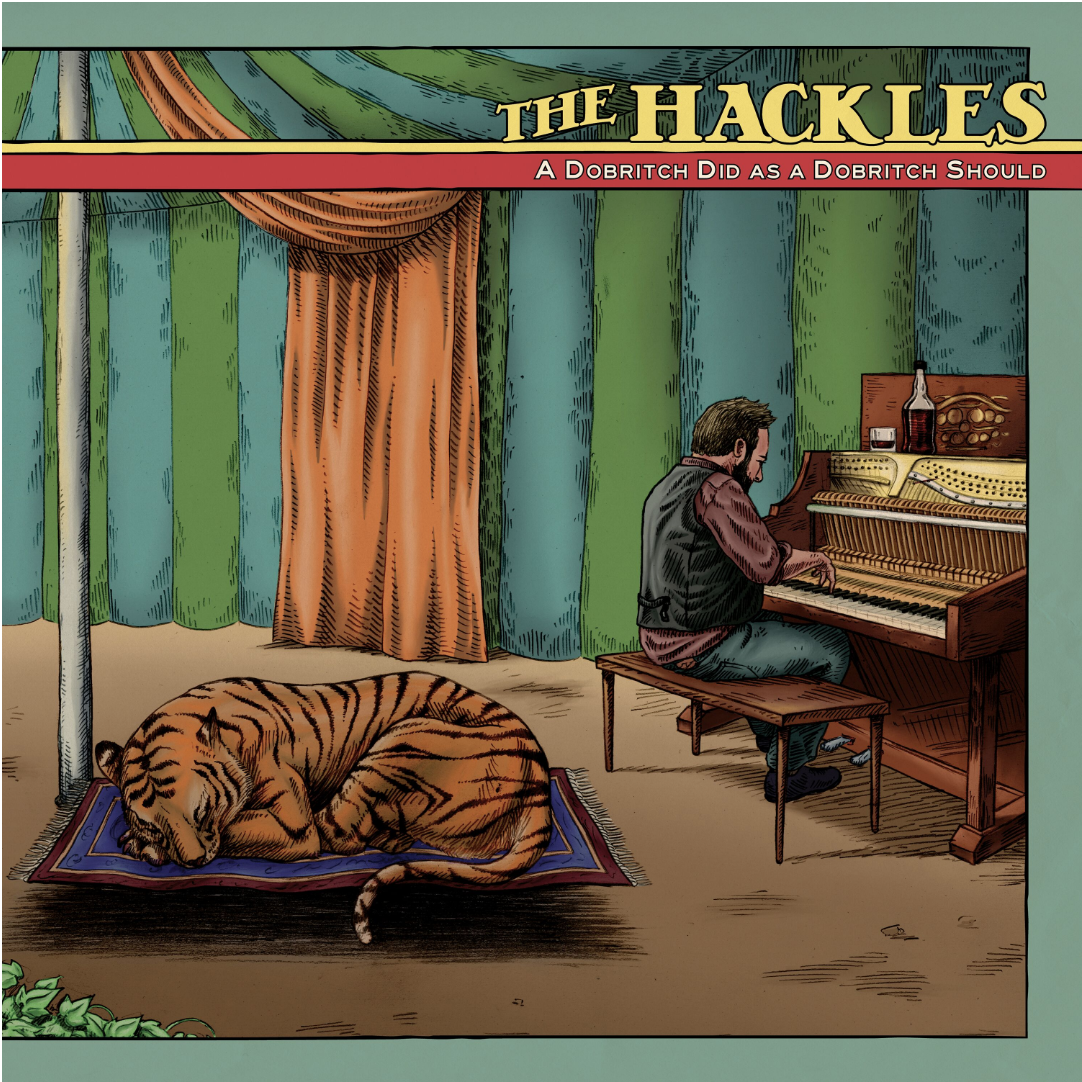 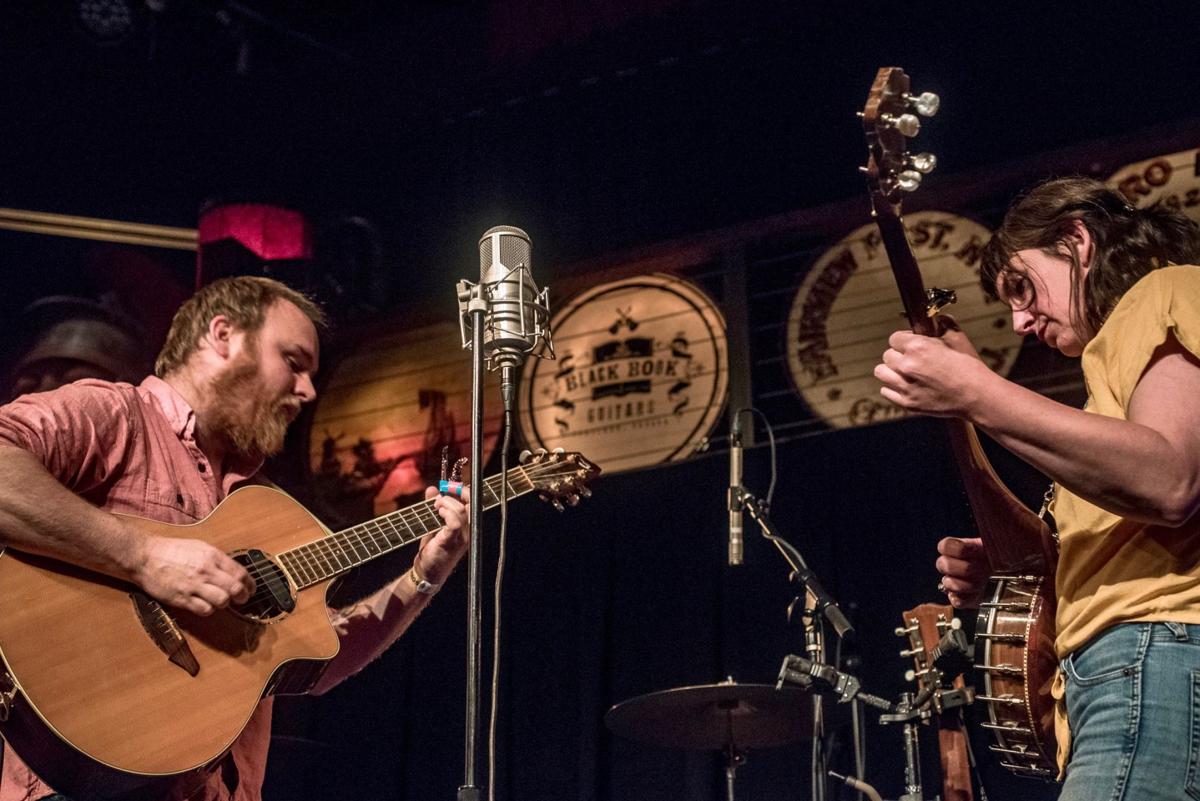 The pair has traveled for years playing for Blind Pilot. This month, they dropped their second album by The Hackles, a band comprised primarily of the two musicians. 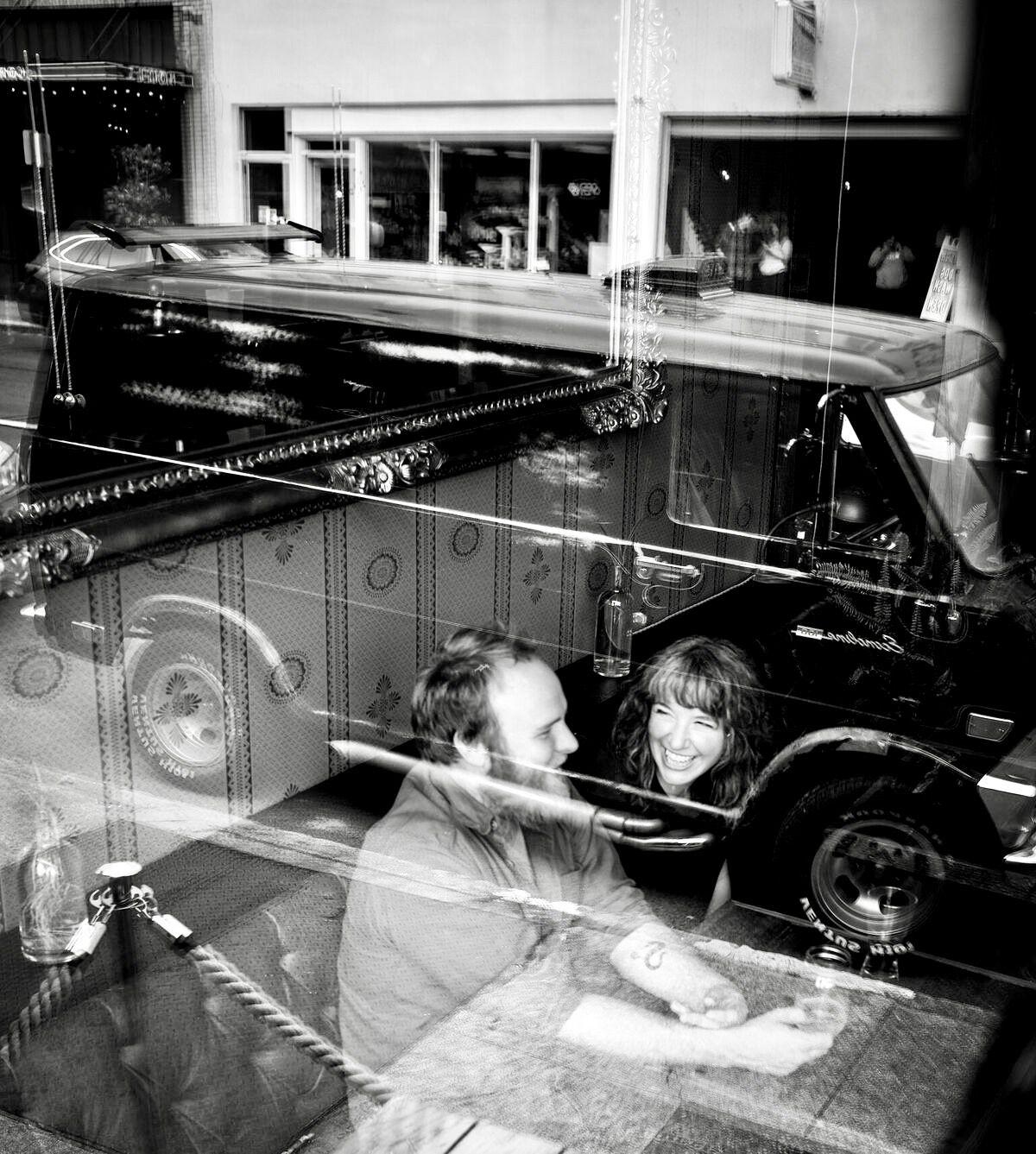 Luke Ydstie of The Hackles grew up in Astoria.

Luke Ydstie and Kati Claborn live together in Astoria with their daughter, Hazel.

The pair has traveled for years playing for Blind Pilot. This month, they dropped their second album by The Hackles, a band comprised primarily of the two musicians.

Luke Ydstie of The Hackles grew up in Astoria.

Kati Claborn and Luke Ydstie live and breathe music. For more than a decade, the pair has traveled across the country playing with Blind Pilot, the Astoria-Portland based band that first made headlines back in 2008. They’ve performed at packed venues from coast to coast, been featured on NPR Music’s Tiny Desk Concert and have more than 860 thousand monthly listeners on Blind Pilot’s Spotify.

But while the pair is no stranger to the stage, they tend to stay out of the spotlight.

“I’ve always been most comfortable in the supporting role,” Ydstie said. “Which is why we designed a band in which neither of us have to be the lead singer.”

Claborn and Ydstie are more than bandmates. They live together in Astoria and have a daughter, Hazel, who just started kindergarten.

They also create together. The duo makes up the independent band, The Hackles, which Claborn describes as “broadly folk.” On Friday, The Hackles release their sophomore album, “A Dobritch did as a Dobritch Should,” recorded here in Astoria.

Unlike their previous album, “A Dobritch did as a Dobritch Should” features a slew of local artists.

“I love collaboration,” Claborn said. “There are so many opportunities to make music with other people in town. Everybody plays in each other’s project,” she said. “Helps each other along,” Ydstie said, finishing her sentence. (They do that a lot.)

“For a little town,” Claborn said. “There’s a lot of really amazing musicians.”

The album itself presents a plethora of tender tunes that vary in flavor from track to track, thanks largely to the variety of musicians who collaborated during the recording process.

“It’s really exciting and fun because there’s all these things on there that we didn’t expect and wouldn’t come up with on our own,” she said.

The life of a musician is perpetually in flux, completely contingent on album cycles. For Claborn and Ydstie, Blind Pilot’s schedule largely determines where they are and what they’re doing. When the songs have been composed and the lyrics complete, the band gathers at the recording studio to make the sound come to life. After the release, they hit the road for months at a time – a whirlwind of new places, bright lights and long nights on the band’s bus.

After the tours wrap up and the chaos subsides, however, a calm sets back in, and while many utilize this time to break from the musical realm, Claborn and Ydstie did quite the opposite.

The down time between Blind Pilot’s album cycles provided the perfect opportunity for the duo to create The Hackles.

For Claborn and Ydstie, it seems impossible to separate music from life. Their house is home to a modge podge assortment of instruments. Their musical friends use the home as a landing pad between tours. Instead of the typical tantrum you’d expect from a 5-year-old, their daughter sings her frustrations, spit-balling ballads to portray her emotions.

Claborn and Ydstie have been writing music together for years. They have an ever growing list of “I-5 corridor songs,” as Ydstie calls them, inspired and created during the countless hours spent cruising along the highway.

The pair wrote all the music on the new album, sometimes side-by-side, sometimes independently.

For Claborn, that looks like locking herself away from distractions and emerging a few hours later with a scratchpad of lyrics. “I’m more internal with my song writing,” she said, turning to her partner. “And then you usually come up with one change that ends up being the best line of the whole song,” she said to Ydstie with a laugh.

For Ydstie, the process is more external.

“And as soon as I get a chord progression or a melody that I’m excited about, I can’t shut up about it,” he said. “Then we’ll write it together.”

“It kind of becomes a conversation,” she said. “And then it takes shape.”

When they need extra inspiration, they assign each other “song challenges.” Two songs on the album, “The Show Goes On,” and “The Empty Cups” came out of one specific challenge they invented during a creative dry spell.

The prompt: write a song about the circus.

The challenge resulted in two wildly different tunes. Claborn’s song, “The Show Goes On,” dives deep into the narrative of Al Dobritch, the Bulgarian man behind Circus Circus, one of Claborn’s favorite childhood destinations. Ydstie’s song explores a fraught relationship between a circus lion and his trainer.

“That’s a good example of where we each go with the same prompt.

Ydstie grew up in Astoria, and after living in Portland and traveling for extended stints on the road, the duo returned to Astoria to renovate an old school bus on 46 North Farm. They ended up using the bus to tour and then living out of it during the rest of the year. It still sits at the local farm.

“It’s gone to pasture,” Claborn said with a laugh. “It did multiple loops around the U.S. It is now retired.”

“Then we bought a house a little later on,” Ydstie said. “And never really left,” Claborn said.

“I’m so happy to be here,” Ydstie said. “The more we go other places, the more I realize how much I love it here. I love the proximity to the water. I love how the weathers always changing. I like how it’s gray. I like the woods,” Ydstie said.

“I love the history,” Claborn said, finishing his sentence once again.