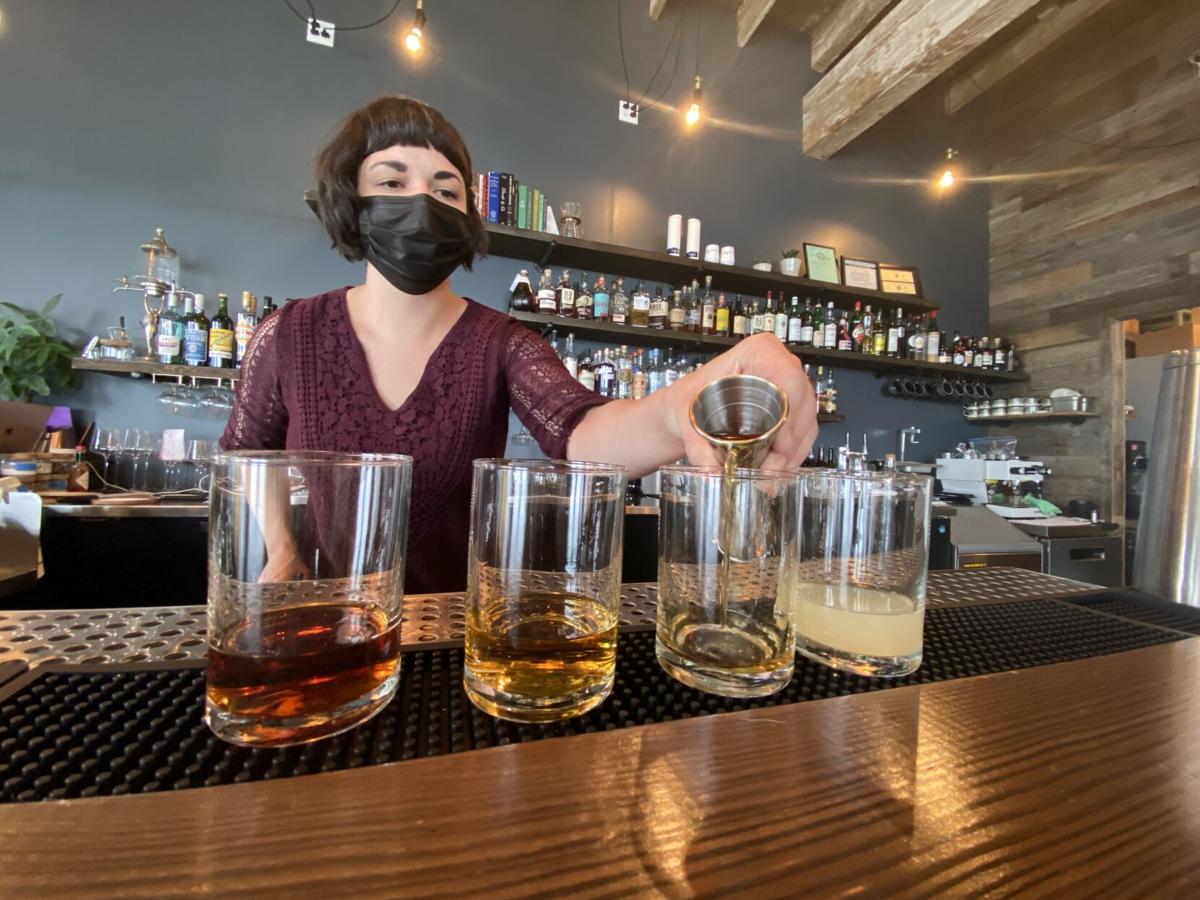 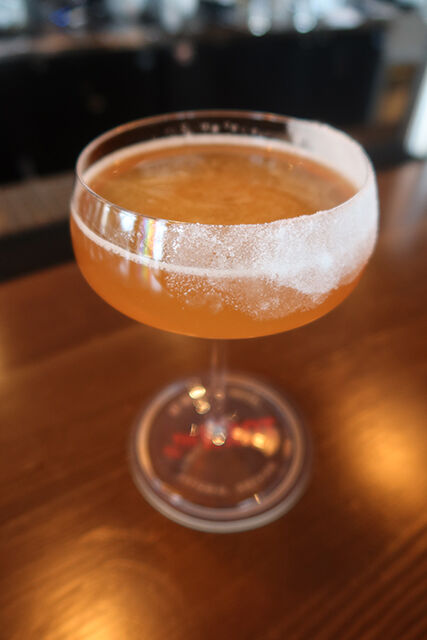 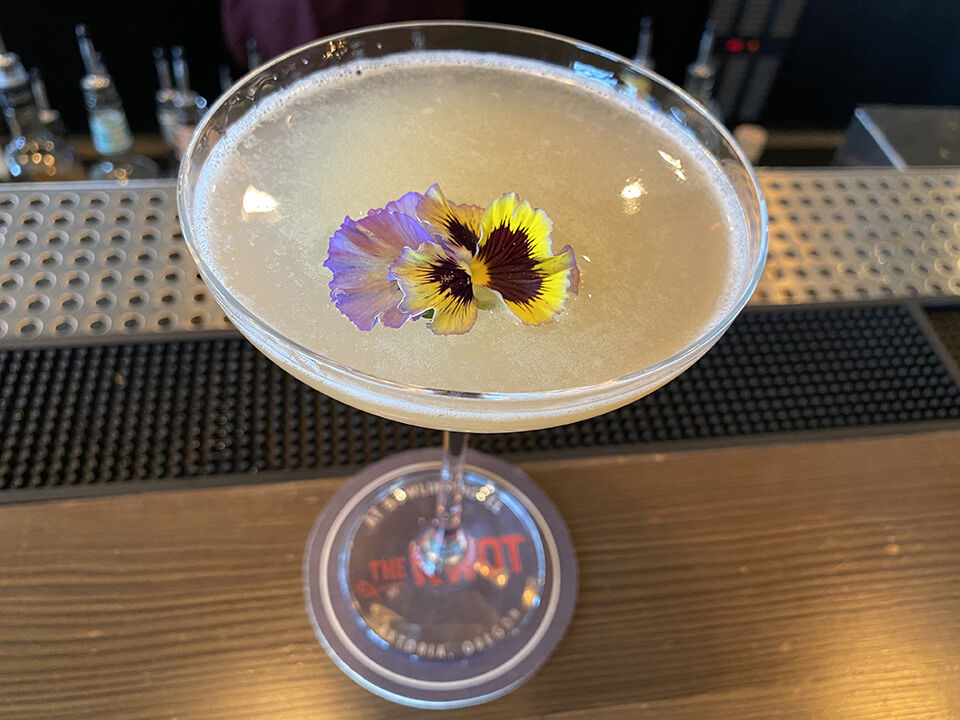 O’Connor’s ‘Rhue the Day’ is a rhubarb elderflower daiquiri. 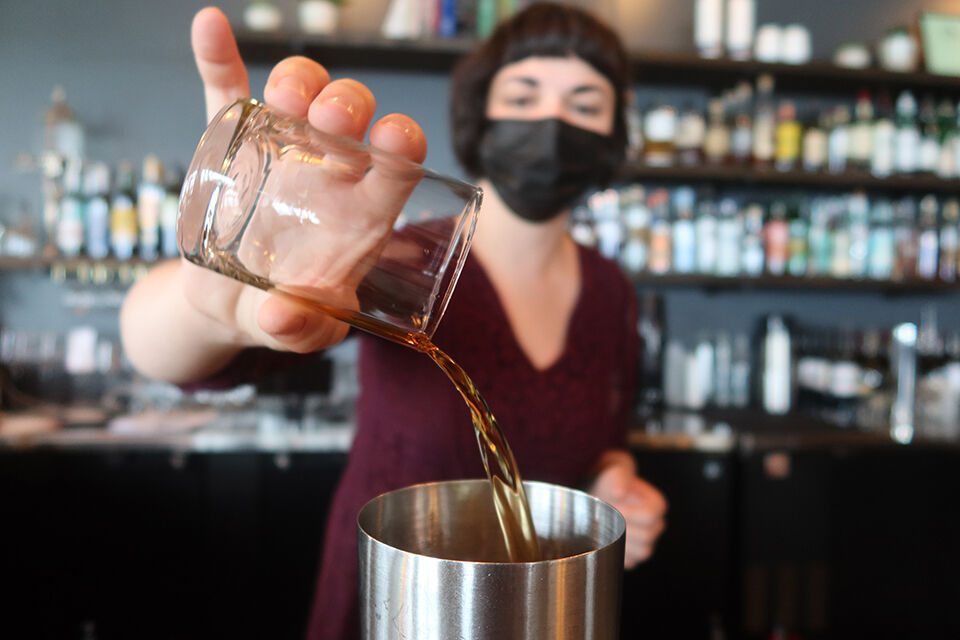 O’Connor’s ‘Rhue the Day’ is a rhubarb elderflower daiquiri.

Creating a new recipe may feel like a daunting task, but it just requires imagination and willingness to fail in order to get a cocktail just right.

Balancing the flavors of different ingredients and how they engage with one another is the key.

In craft cocktails, as with plots in literature, there are only a few truly original cocktail styles: an old fashioned, daiquiri, sidecar, martini, highball and a flip. All subsequent recipes are twists on those six originals.

There are three main components to a cocktail recipe: core, balance and seasoning. To start, I consider my base spirit, the core of the cocktail. If the recipe were a house, the base spirit is your foundation.

I used the same concept to develop my recipe for The Equator, a new cocktail on the menu at the Knot Bar in the Bowline Hotel. First, I chose the Scandinavian liquor, aquavit. Because aquavit is very savory and has some bite, it mirrors the rye whiskey in a classic sazerac perfectly.

To bring the balancing warmth cognac would offer, I used reposado tequila and a bar spoonful of agave syrup. Finally to incorporate the spice, I added orange and Peychaud’s bitters.

Considering the garnish is crucial. In this case, rather than a spritz of absinthe on the inside of the glass like a sazerac, I twist a long grapefruit peel and place it on a skewer on the rim, allowing the expressed oils to act as the aromatic component absinthe would offer. As important as the ingredients are, considering how the cocktail is prepared is key. Because the sazerac style is spirit-forward with no juice, it is best stirred rather than shaken to chill the cocktail without it becoming diluted.

Though starting with the base spirit may seem to make the most sense, I have also been inspired by a particular liqueur or amaro. I liken it to building an outfit around an accessory you love.

When I developed my pear sidecar—I like to call it the “Pearway to Heaven” — I found a pear brandy liqueur that I loved. First, I tried the recipe with whiskey, but it was too aggressive alongside the delicate pear flavor, so I went with an aged rum that carries notes of the whiskey spice I was looking for, but is softer, rounded with vanilla and caramel.

I balanced these spirits with a touch of cognac and some lemon juice for acid. It took me multiple tries to find just the right ratios for each of the ingredients to work together, but the result is a cocktail with a flavor that has an arch and will take you right to heaven with each sip.

Another way to play with creating new cocktails is with infusions. For instance, I have been particularly interested in amaros and though Campari is not my personal favorite, it is easily incorporated into many cocktails, so I decided to try infusing it with fresh cocoa nibs.

I started with a small batch, playing with the ratios and tasting it every hour or so until the cocoa nib gave it the perfect smoothness and subtle chocolatey finish. I originally had planned to make a negroni or boulevardier with it, but then I thought of the same aged rum that I used in my sidecar and it is even better than I imagined. The aged rum is floral and spicy, balancing the light sweetness of the vermouth then finished with the subtle cocoa nib in the Campari; every sip tastes like a tropical vacation.

The most important thing when creating a new recipe is to have fun with it. Allow the space in the home bar to play with flavors that may be surprising in order to achieve the perfect balance and texture. It is absolutely alright to take notes from other creators in the bar as well because essentially everything is a new twist on an original idea, so do not worry that it has already been done — that may be true, but who cares? The unique touch of creativity and imagination brought to your home bar will make your craft cocktails like no others.

Emily O’Connor is the bar manager at the Bowline Hotel.