You have permission to edit this article.
Edit
Our Publications
Home
Area Guide
Arts
Coastal Life
Dining
Outdoors
Scratchpad
Send us your news
e-Edition
Email Alerts
Share This
1 of 5 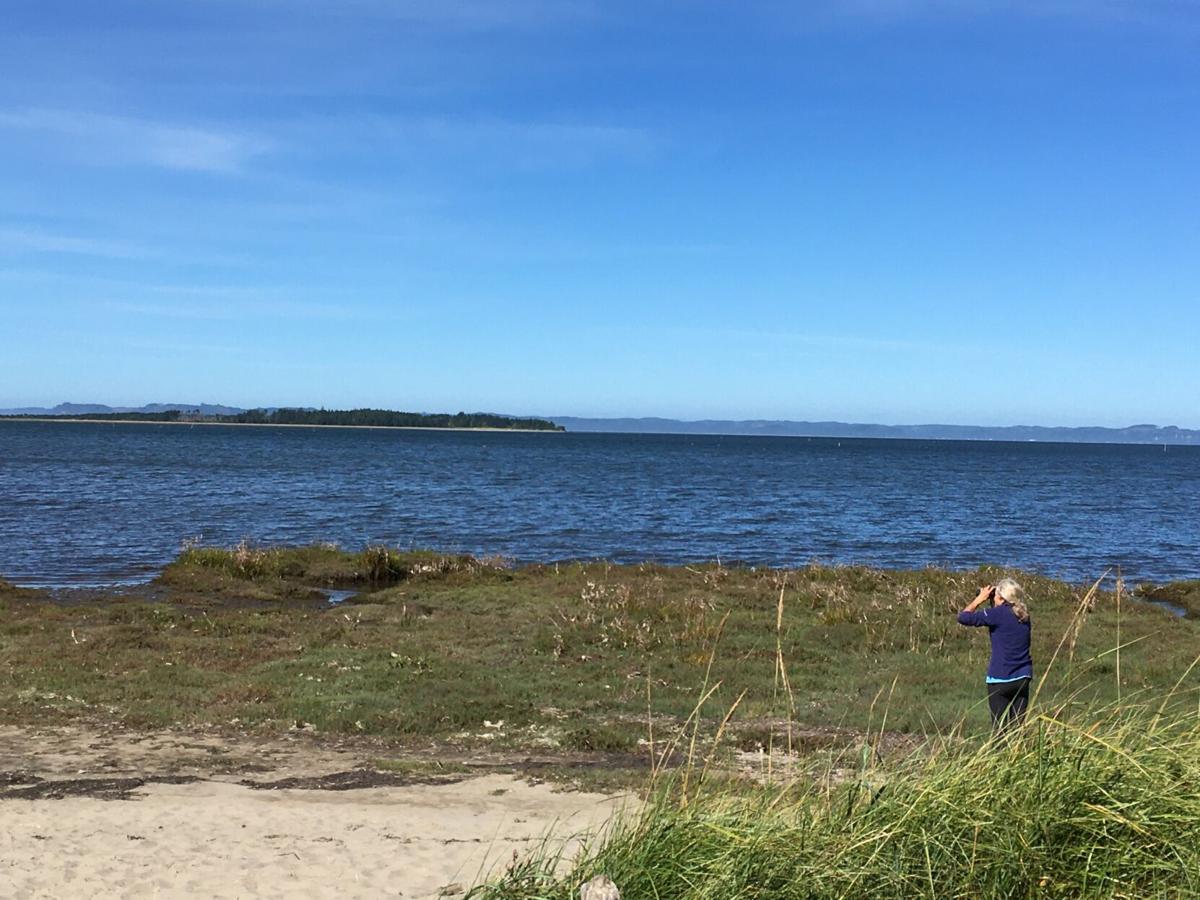 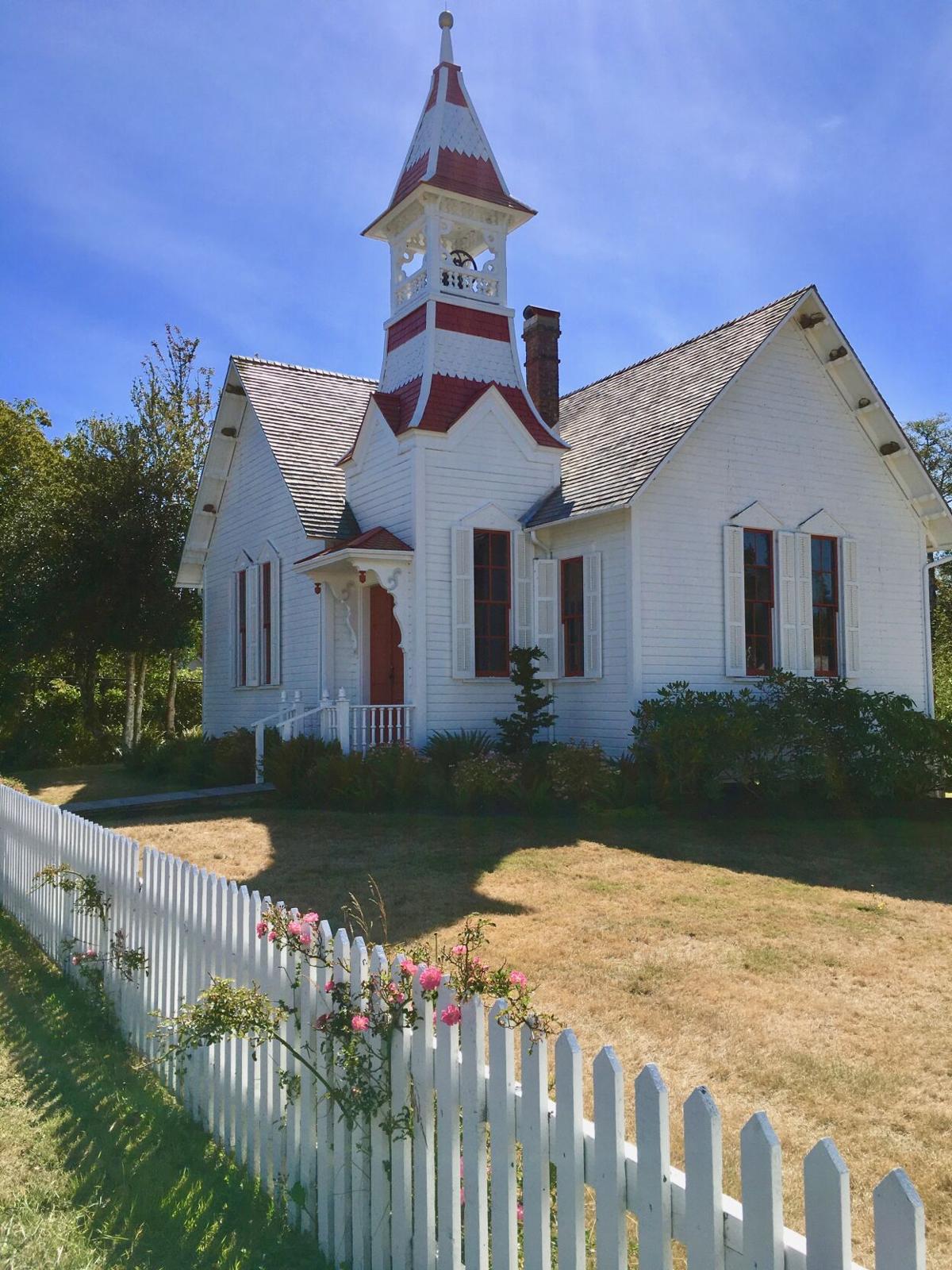 R.H. Espy built the Oysterville Church as a gift for the community in 1892. 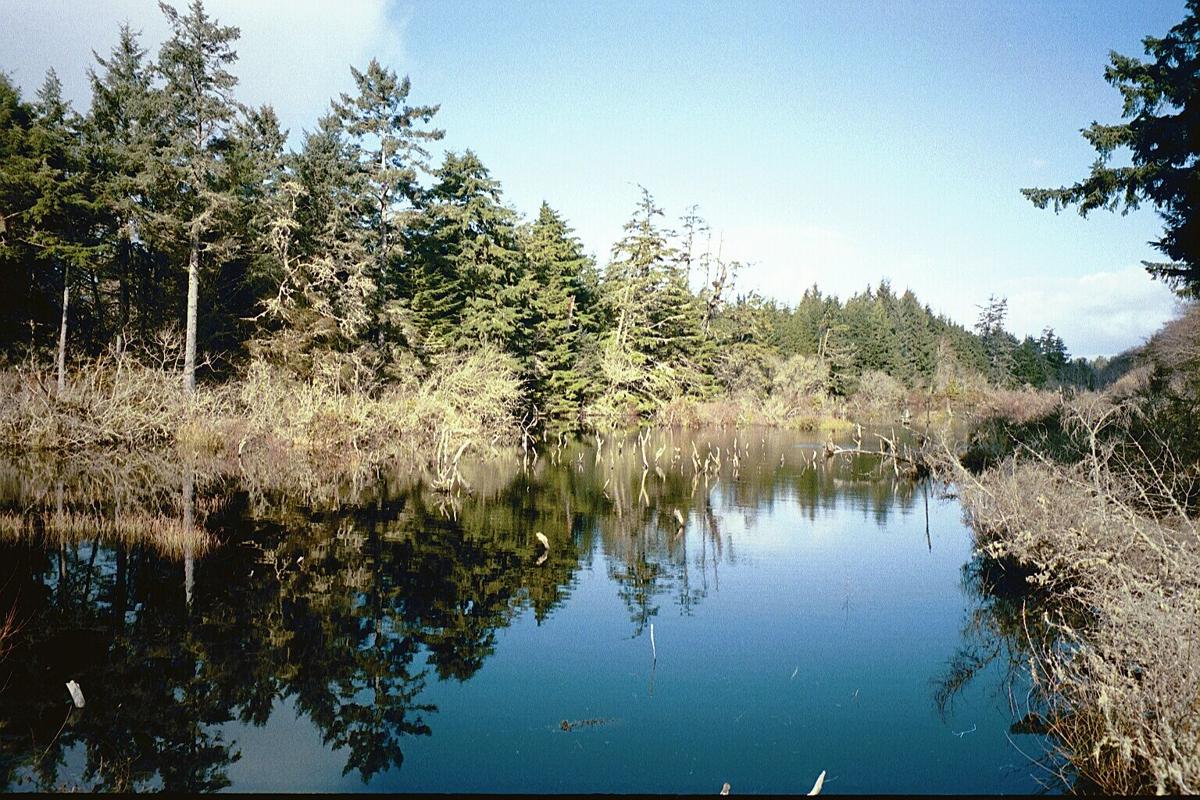 The shallow, weedy Loomis Lake is a challenge to negotiate. Perch and large mouth bass lurk below the surface. 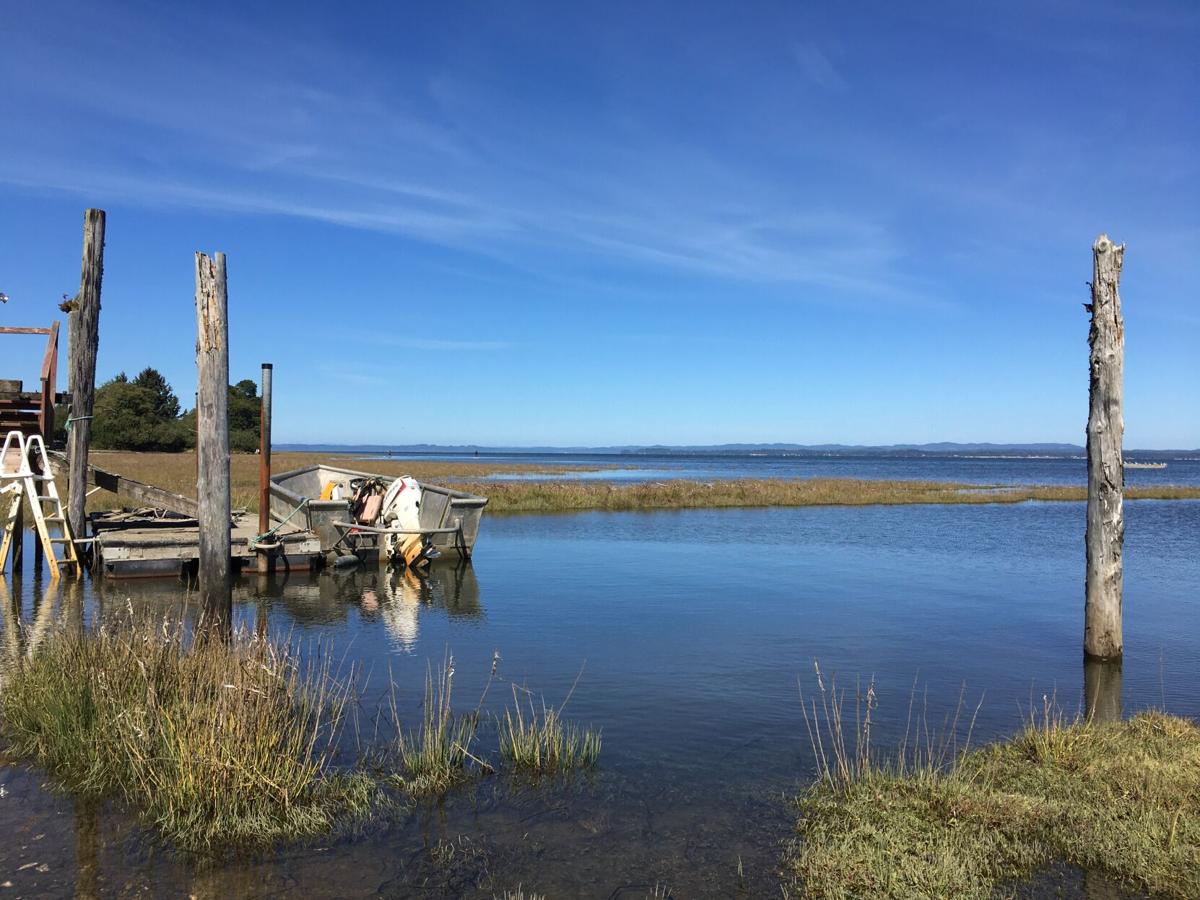 A view of Willapa Bay oyster beds and a boat from Oysterville Sea Farms. 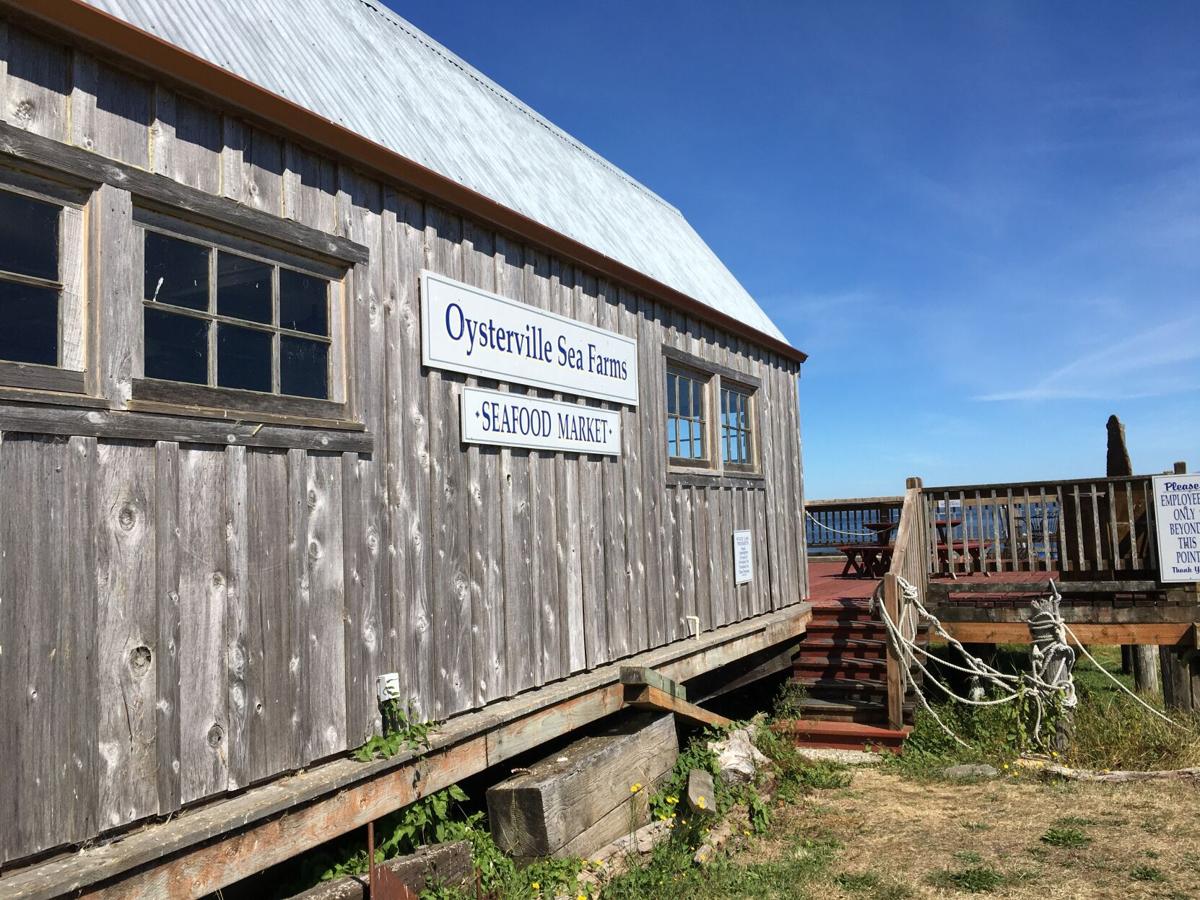 It’s 6 a.m. when my parents drag me out of bed. It is dark and cold. I put on my swimsuit, then jeans, shoes and a sweatshirt.

I stagger blearily to the car and climb into the backseat. We drive miles up Pacific Way, then over to the Ocean Park beach approach. There’s more traffic on the beach than the highway. We follow taillights.

We hear the waves and see specks of light that must be people carrying lanterns and flashlights, heading toward the ocean, which we cannot yet see. As the cars and crowds thin, we park, get out with shovels and buckets and head toward the water. Then, dawn breaks and suddenly everything is visible — the ocean, cars parked near the dunes and people up and down the beach.

There are sure signs that clams are hidden underneath our toes as we stomp in the wet sand along the edge of curling waves. Then it’s swift digging, quick down on knees, hand searching into the hole, sometimes reaching up to the elbow, sometimes caught in an incoming surge.

This was my childhood pre-dawn ritual in Ocean Park, Washington, when pursuing razor clams. Such was a part of summer life on the Long Beach Peninsula.

Ocean Park is in the less traveled north end of the Long Beach Peninsula, where it’s a little easier to get away from the crowds. This part of the peninsula is home to Ocean Park, Nahcotta, Oysterville, Surfside and Klipsan Beach, all of which are worth a visit.

You can still dig razor clams with clam guns. For restoration and preservation’s sake, open seasons are restricted, but it’s worth seeking out the sport fishing rules, dates and tides to get those delicious clams.

There’s always the glorious long, flat beach to run on, play on, fly kites ... or try your luck with surf fishing.

If you want some solitude, you usually can find it at Leadbetter Point State Park and the Leadbetter unit of the Willapa National Wildlife Refuge at the furthermost tip of the peninsula. There are several loop trails winding through dense coastal forest to the dunes and open shores of the Pacific Ocean and Willapa Bay. Hines Marsh, accessed from the Martha Jordan Birding Trail, is terrific for birdwatchers during spring and fall, when migrating species cruise in off the Pacific Flyway. Watch for bird chicks, deer and black bears.

Because of the sensitive bird and animal habitat, dogs are not allowed on the northern trails, but they’re allowed on leash in the southern sections of the park. Be forewarned though, trails can be flooded between October to April. Willapa Bay Water Trail is also part of the park, so bring your kayak, paddleboard or canoe. Just be certain you are weather, wind and tide savvy.

The historic town of Oysterville is a quaint village of gracious, 19th century homes with expansive gardens. To get a view of Willapa Bay, wait until reaching the north end of the village and head to Oysterville Sea Farms for the full panorama.

At night, head over to a beach approach to stargaze. Since the north end of the peninsula is less crowded, the skies make for great sunrises, sunsets and stargazing.

For other sports besides sightseeing, there’s fishing at Loomis Lake, golfing at Surfside Golf Course, and tennis and pickleball at the Lighthouse Oceanside Resort. If you’re in need of camping or cabin supplies, fishing gear, hardware, tools, groceries or fuel, Jack’s Country Store is an option in downtown Ocean Park.

Ocean Park is worth a drive for soups and sandwiches at Great Day Cafe or the fresh-as-can-be steamer clams, chowder and oysters at Oysterville Sea Farms.

In the center of town, you’ll find the drive-thru Kiss of Mist Espresso. Nearby, you can pick up some sweets and coffee at Adelaide’s Coffee House & Yarn Shop. Built in 1887 as the Taylor Hotel (Adelaide Taylor was the proprietress), it is one of the oldest buildings on the peninsula and once served as a refuge for shipwrecked sailors. Now it’s a refuge for knitters and those wanting take-out options like breakfast or lunch bagels.

Other tasty meals can be found at other Ocean Park hubs like Sara’s Rusty Spur Bar & Grill, Anita’s Cafe, The Berry Patch Restaurant and Okie’s Thriftway Market. The Peninsula Senior Activity Center is also a lively hub for meals and activities.

The Lighthouse Oceanfront Resort has cottages and ocean-facing two-story units, a pool and indoor tennis courts. Shakti Cove Cottages are cozy, nestled in a tree-shaded courtyard with a path to the beach. Klipsan Beach Cottages are comfy too, with landscaped grounds, a communal fire pit, grill, picnic area and beach access. The Worldmark Surfside Inn is another choice and offers awe-worthy views.

Editor's note: This article originally stated that Oysterville was once known as Shoalwater. The article has since been updated to not include this information, as it was incorrect.

Recreating in and near Ocean Park

The Peninsula Senior Activity Center is also a lively hub for meals and activities.