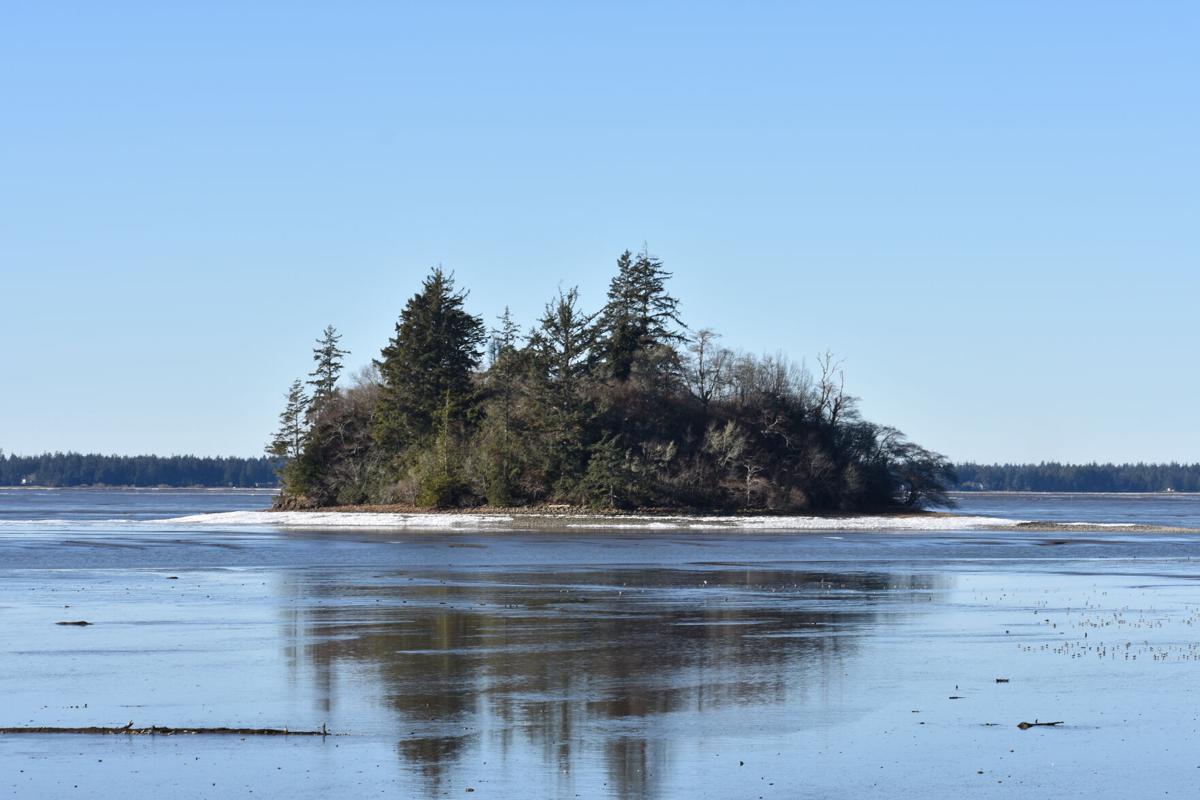 Round Island in Willapa Bay, Washington. 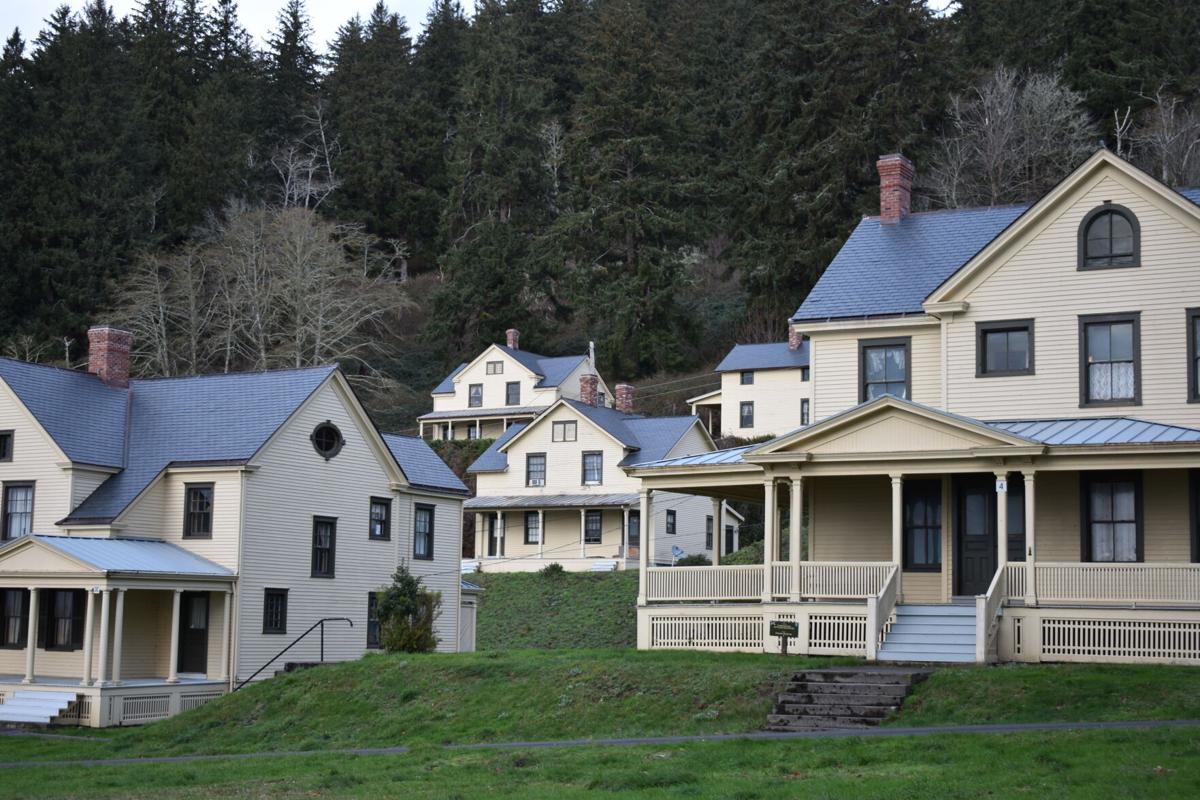 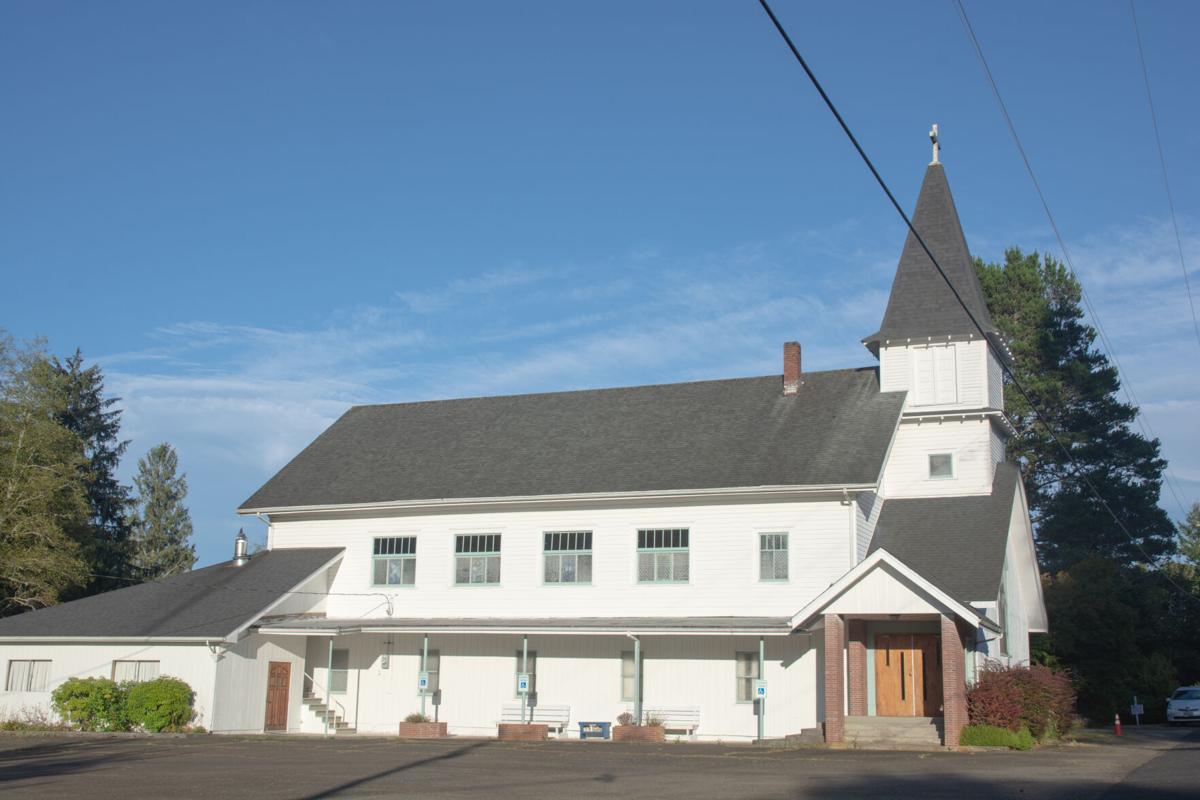 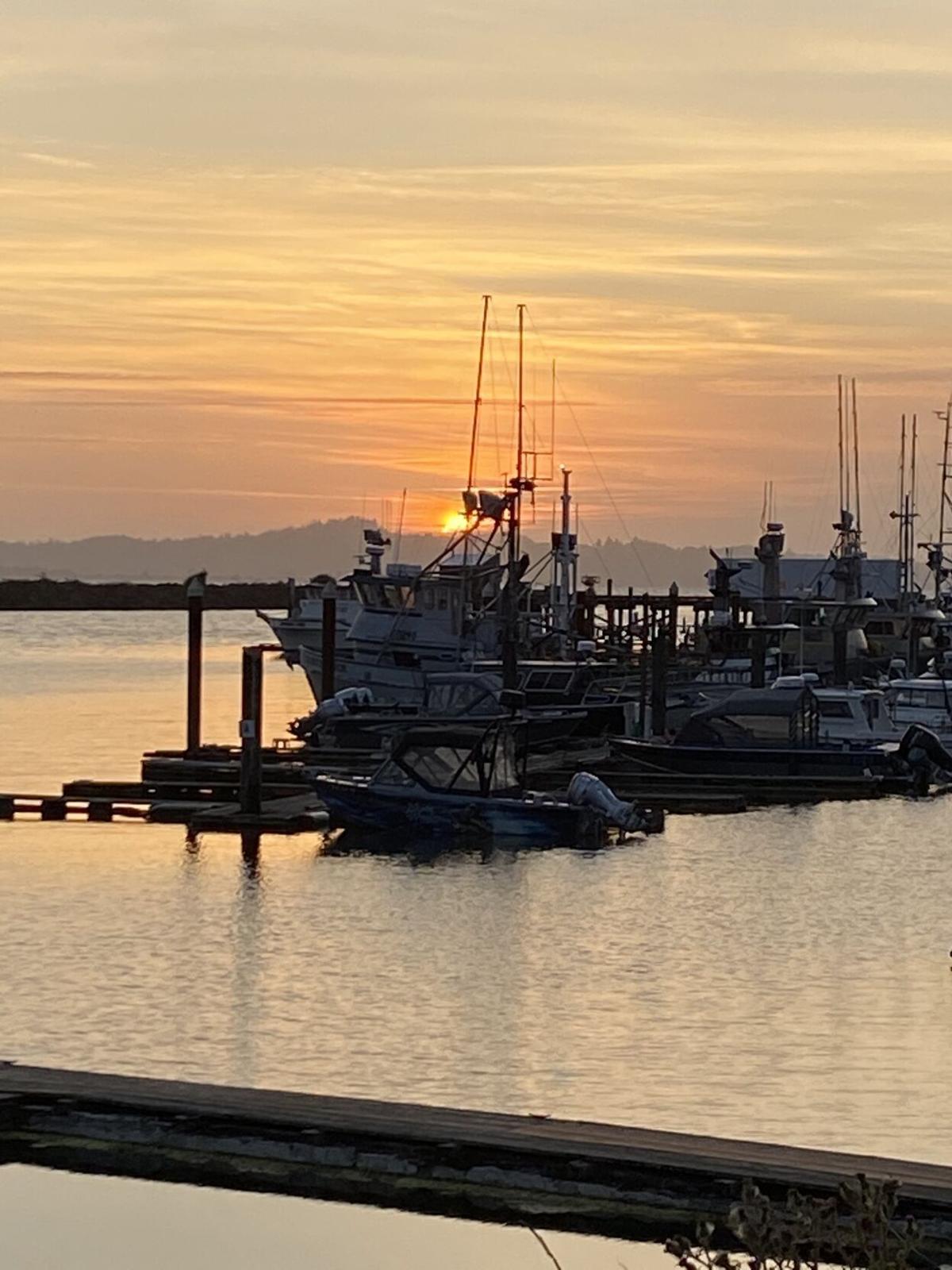 A sunset at the Port of Chinook. 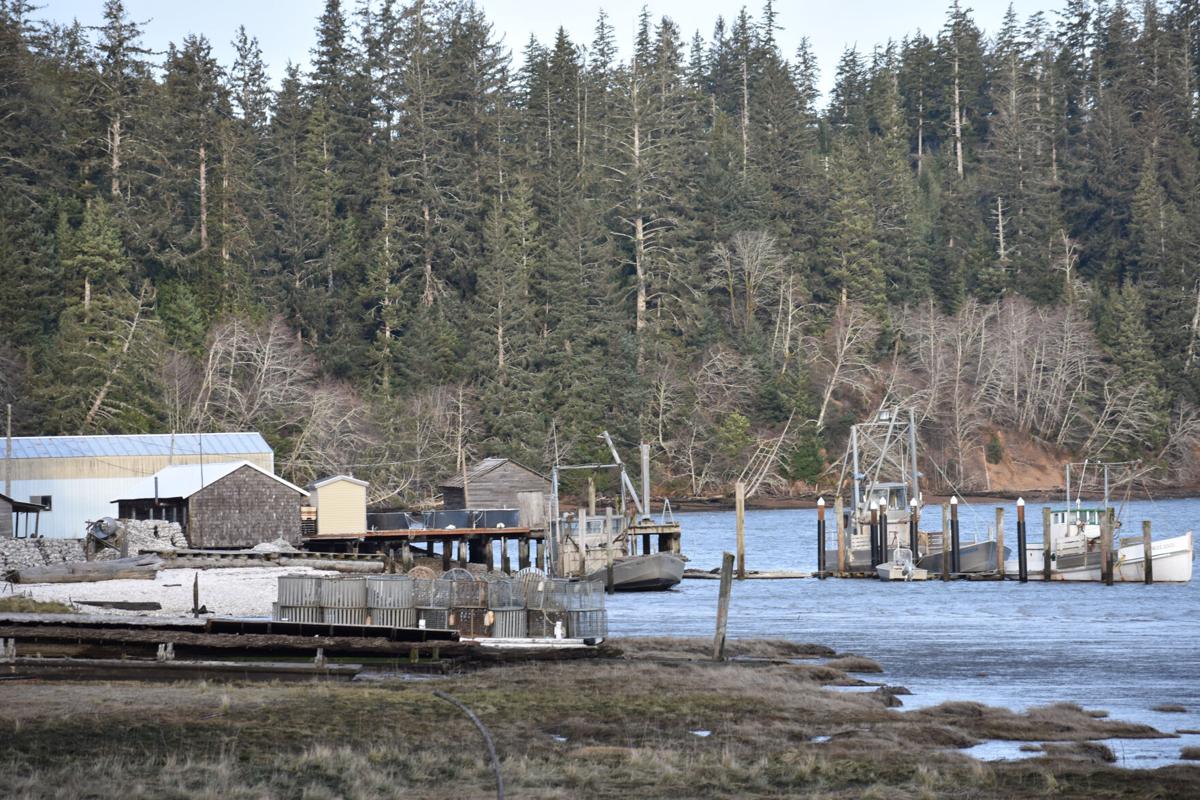 A dance poster from the Appelo Archive Center in Naselle, Washington. 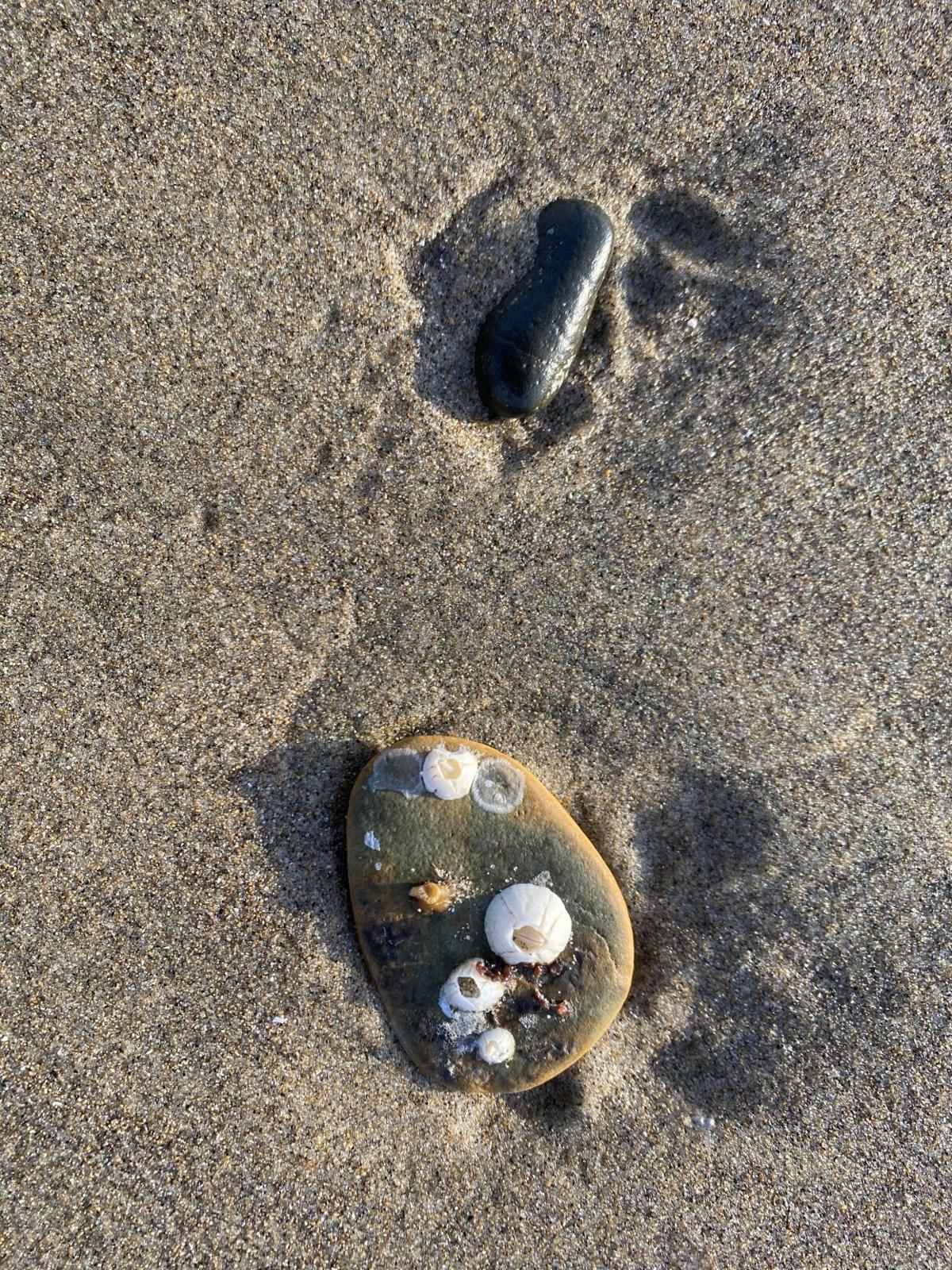 Beach rocks, seen on the shore in Chinook, Washington. 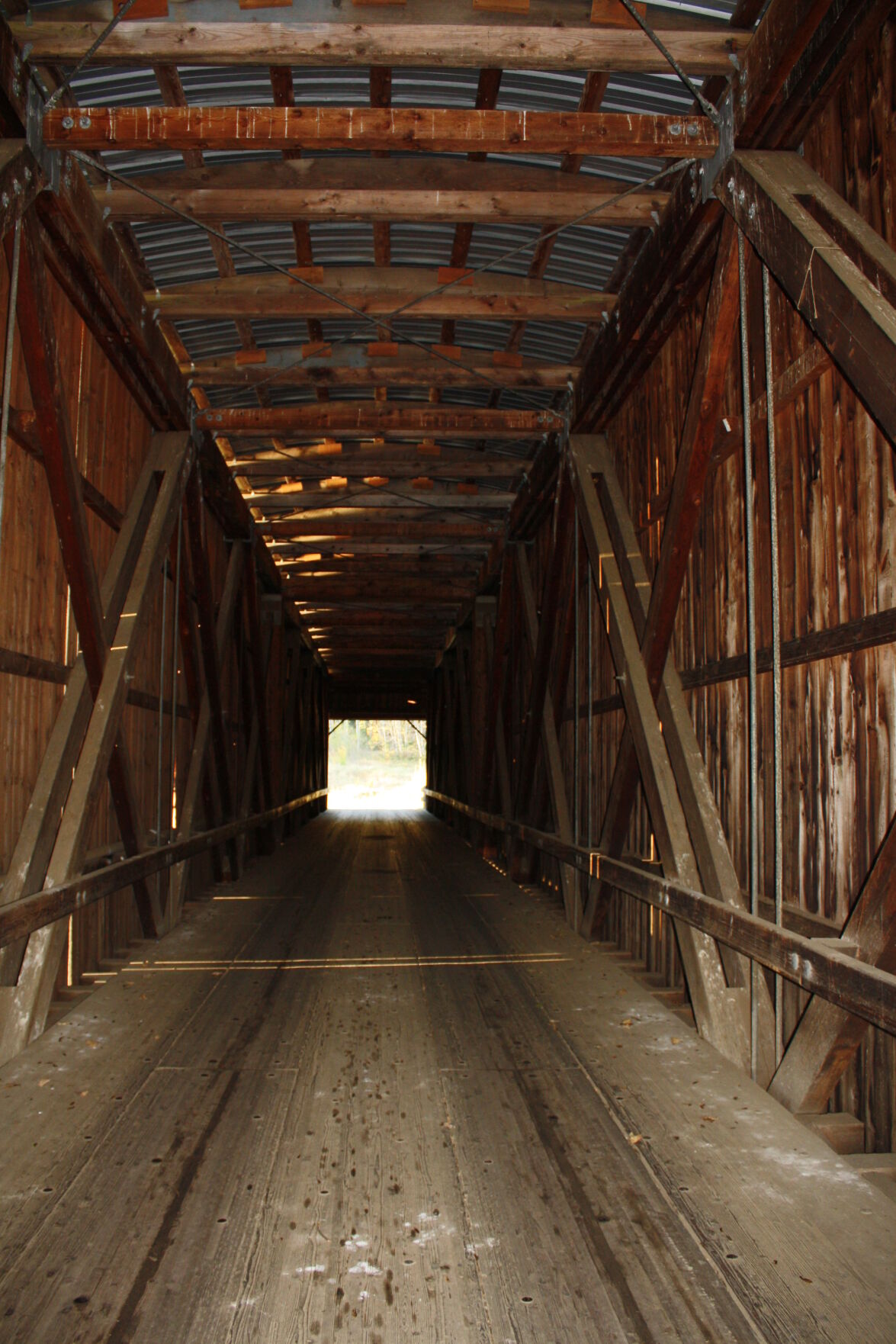 The lower Columbia’s north shore offers many opportunities for sightseeing and recreation. The handful of small towns that define this area of southwest Washington state are no exception.

Start at the Astoria Bridge. Like me, most northcoasters take the bridge for granted since we see and use it daily. But to a non-resident the storied “Bridge to Nowhere” makes a big impact. Its continuous truss span is the longest in the nation. Set against the surrounding mountains and expansive waters, the 197-foot clearance at the deck has been enough for the likes of battleships, aircraft carriers, supertankers and repeatedly, my little rowing punt. Crossing the bridge is never the same, since weather and water conditions change by the hour.

Turn east from the bridge onto state Route 401. Stop at Dismal Nitch, the renamed Megler Rest Area that was the north shore ferry landing before bridge construction. This popular stop was created in 1968-1969. Along this road, we get a photographer’s view of Astoria, Saddle Mountain and the wide expanse of the Columbia River. Driving past Bear Mountain, it becomes apparent that we have entered timber country. Logging roads lead off both sides of the highway and log trucks abound. Mountain ridges flank us on both sides.

Naselle is an unincorporated town at the junction of state Route 401 and state Route 4. Originally called Nasel or Nasal after the Nasal band of Chinook tribes, the Naselle River Valley, along with those of Gray’s River and Deep River, were largely settled by Finnish immigrants in the early days of the 20th century.

Turning east on state Route 4, we come to a complex of buildings, among which is the Appelo Archives Center and the Archive Café. The center houses a treasure trove of information on the surrounding area. The archive center is named for its most prominent proponent, Carlton Appelo. Appelo managed the family-owned Wahkiakum-West Telephone Company until his passing in 2019. He was a tireless chronicler of local history. Inside, find displays of logging gear, farm tools and loads of photographs. This is where all the research and records are stored from Appelo’s and others’ extensive chronicles. The center is open Wednesday through Saturday. The café operates in conjunction with the museum. Hunter’s Inn Restaurant is close by. They serve traditional pub favorites.

The little communities of Rosburg and Gray’s River continue the farm and forest theme as you pass Duffy’s Irish Pub in Gray’s River. Here, change course, turning onto Loop Road on the way to Gray’s River Covered Bridge. The bridge is the only remaining covered bridge in use as a public highway in Washington. It was built in 1905 and covered in 1908. Here, at Ahlberg Park, walk the bridge deck, imagining what it was like to cross it every day. This is a calm and quiet place, until a giant tractor with hay equipment crosses the bridge with an abundance of rumble.

Leaving Loop Road, turn west on state Route 4, traveling back toward Naselle. Passing through Naselle, continue on state Route 4 west toward its junction with U.S. Highway 101 at a corner known as Johnson’s Landing, west of Naselle. On the right is Naselle Youth Camp, a rehabilitation facility for juvenile male offenders. This facility was once a U.S. Air Force base during the Cold War. The base was part of the Dew Line. A number of huge radar antennae in domes scanned the skies for a possible Soviet air attack. The nearby ridge is known as Radar Ridge.

Cross the long, graceful concrete bridge that spans the lower Naselle River where it meets Willapa Bay. This part of the drive is known locally as the Bay Road. Around every corner, there’s a new panorama of bay, sky and mountains. The Bear Mountains on the left and Willapa Hills on the right are our guides. After several corners, you’ll come upon the Willapa National Wildlife Refuge maintenance facility. Here, there is a big boat launch and docks where kayakers launch their craft on the way to Long Island camp sites. In another month, the water and sky will be loaded with waterfowl of every shape, size and color, on their way somewhere south.

Next, return to the highway on the way to Chinook. You’ll pass the picturesque little Round Island. Tenis Illahee is the Chinook Jargon name, translating to Baby Island. Teal and Greenhead sloughs offer some photo ops along the way.

On the left, coming into Chinook, we find the former Chinook School. The school and its iconic gymnasium have been lovingly restored by the Friends of Chinook School group. Today it serves as a community center. From here, notice the church steeples and the century-old houses that remain from the fish trap days mixed with more modern housing.

It is late summer and Chinook is brimming with salmon fishers and their boats. Humans and nearly every other creature have been coming to Chinook in August and September to fish for salmon since the last ice age. The port is one of the major launch points for the Buoy 10 fishery. As many as 200 boats are launched per day.

Head over to Chinook Coffee Co. for coffee and a cinnamon roll. Then, take your treats to Chinook County Park to watch the fishermen and the river.

Heading out of Chinook on the way back to Astoria, we find Fort Columbia State Park, the 19th century Army base. The turn-of-the-century military buildings and gun emplacements are the draw, not to mention the views. On the other side of the tunnel, find the Lewis and Clark National Historical Park Station Camp, which commemorates the historic place where the explorers ended their westward journey. It is also the site of the Middle Village of the Chinook people, occupied for thousands of years.

Return to Astoria having traveled around 75 miles in roughly five hours with numerous stops. Now, it’s time for a nap.