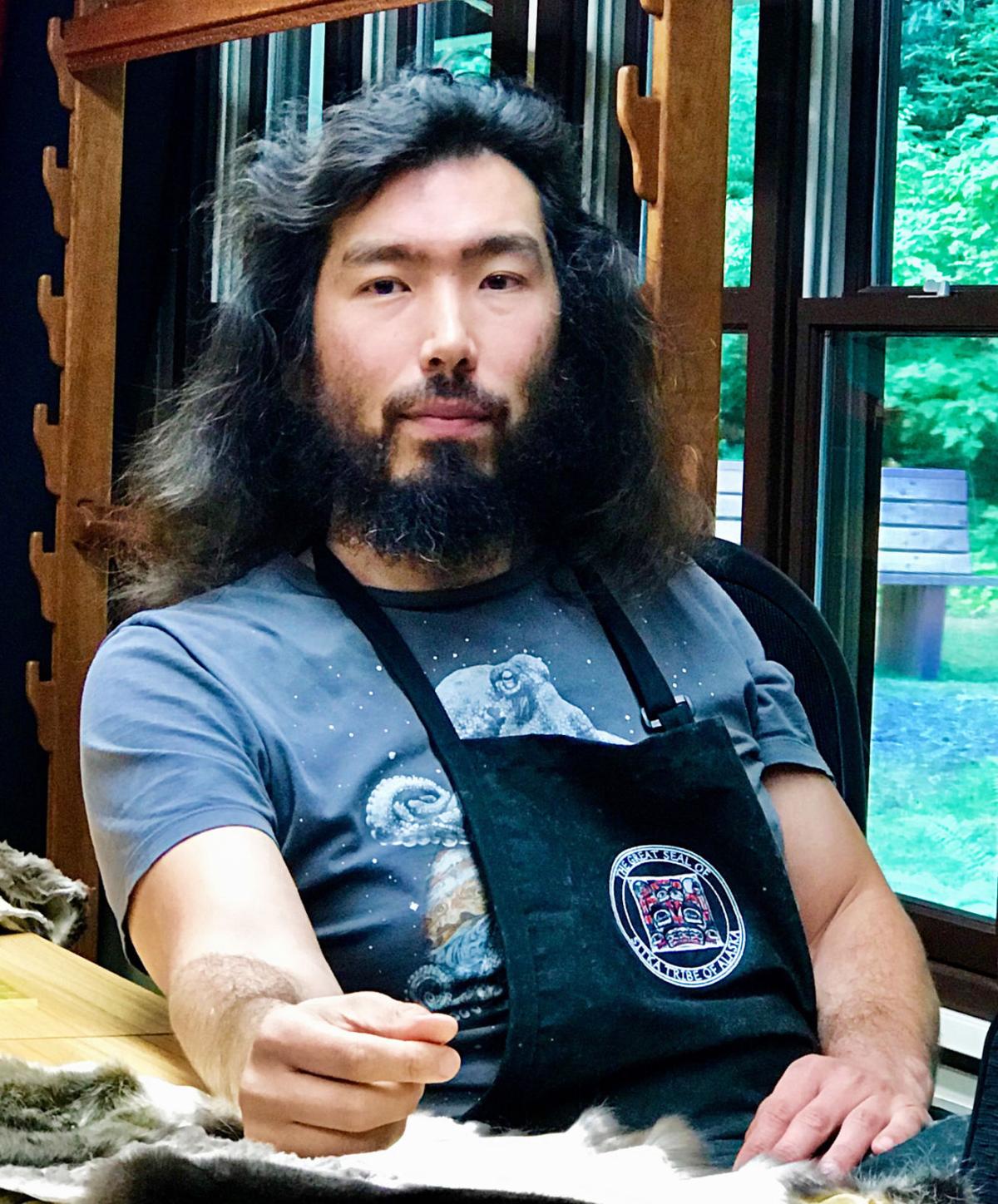 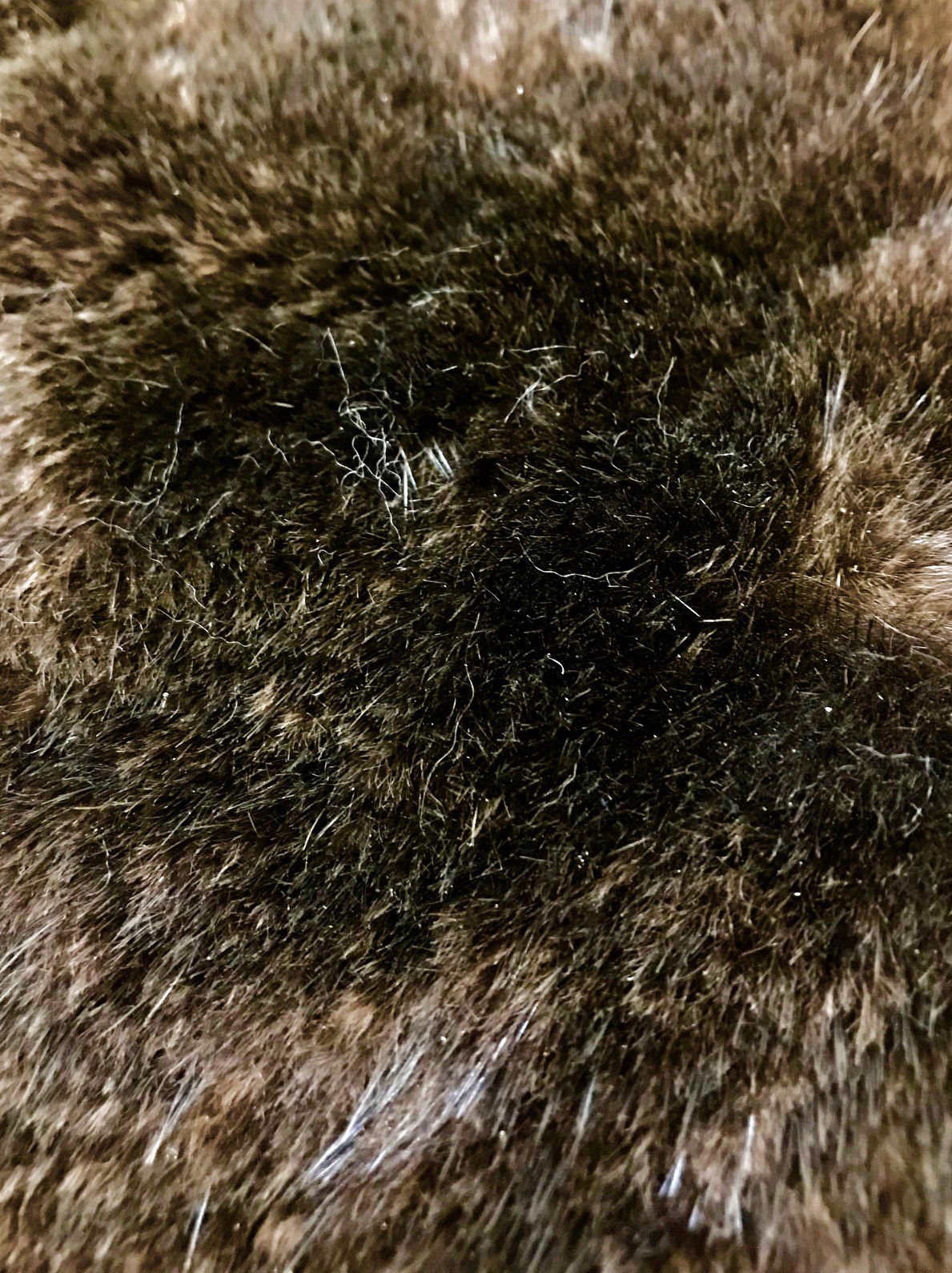 Otter fur has up to one million hairs per square inch. 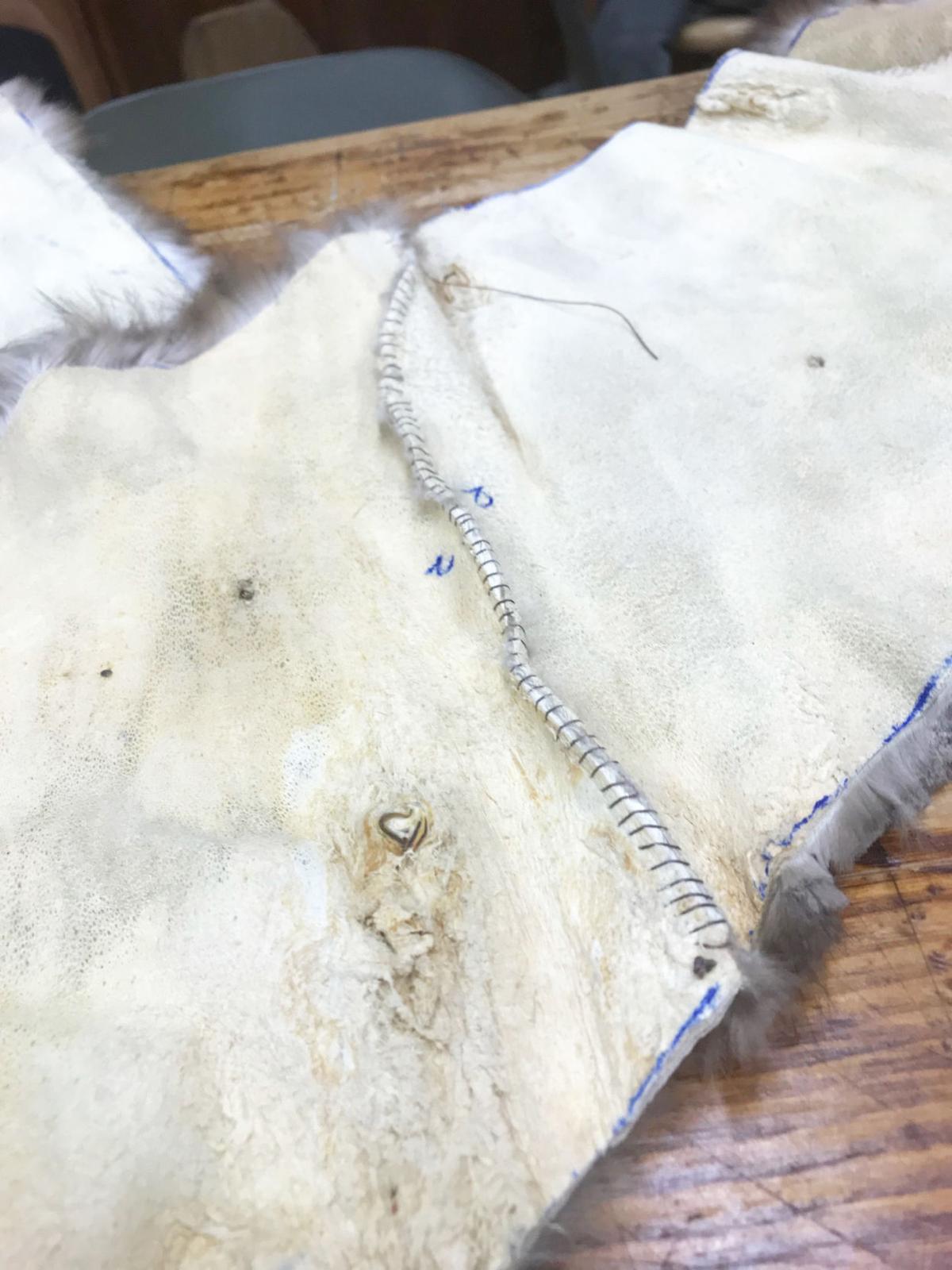 Peter Williams stitches otter fur together by hand for his art pieces.

Otter fur has up to one million hairs per square inch.

Peter Williams stitches otter fur together by hand for his art pieces.

An elderly Tlingit woman tells a story of fishing with her husband north of Sitka, Alaska in one of the archipelagos that lace the vast shoreline. They entered a bay that was filled with sea otters. She talks of how their call seemed haunting and vaguely human, as did their handsome innocent faces and their human-like furry paws. Their enchanting music touched her soul. As her people had for eons, she was hunting sea otters. Hunting for the furs and the rich red meat.

In Alaska, citizens of native heritage are allowed to hunt otter. The otter is renowned for its thick, luscious fur. Estimates suggest that a square inch of the tough, resilient hide contains up to a million hairs per square inch. Obviously, furs of this density and softness are deemed luxurious. The fur is and was coveted from Moscow to Beijing. Early fur traders made fortunes on the lovable creatures. The Russians extracted nearly 170,000 of these mammals from Alaskan waters 250 years ago. Fortunes were made and lost, but the slaughter continued unabated. Under peril, natives up and down the West Coast, including the Chinook, were conscripted to kill the charming mammals. They succeeded, slaughtering as they would, until the furry swimmers were driven into near extinction. Today, in Alaska and Northern California, they are back. Their preservation is carefully monitored.

Peter Williams is Yup’ik artist who deals in furs, mostly otter and harbor seal, which he hunts, tans and stitches into art pieces. As he writes: “the Yup’ik shaman’s role is to be a conduit between human, animal and spirit realms.” In Peter’s culture, no animal is taken without a prayer of gratitude. Like ancient rituals that bless the return of the salmon, tribes from the Columbia River to Nome, Alaska sought a relationship with the animals and fish they pursued. Before the word “ecology” emerged into modern language, the principle behind, “Help yourself but don’t take too much,” was a way of life for native people, a preservation mode and a spiritual conduit to the animal spirits.

Today, a growing population of about 25,000 otters inhabit the ocean waters in and outside of Sitka Bay. In all of Alaska, populations of around 120,000 are at historic levels, but while the mammal is adored by so many, it is still hunted by a few. And these few are the First Nations People of Alaska and, to many, their motivation is convincing. 10,000 years of a practice handed down from generation to generation, bases its teaching on the relationship between hunter and prey.

Williams embodies this relationship. The handsome, dark haired artist sews pelts into both objects of art and fashionable clothing. He has lectured and demonstrated at Stanford University, modeled his furs in New York City, and graced the Institute of American Indian Arts, to list a few.

The art objects are sewn by Peter’s hand alone, and, he says, “each stitch binds the human world closer with the animals.”

We all love to press our noses into the glass panels at aquariums around our bountiful country. We love the otter’s sweet hairy faces, their frisky and playful nature. To shoot an otter is a dilemma in the 21st century.

To be fair, little is wasted by the hunters. Many First Nations People in Northern Alaska still eat seal and otter and whale. The oils from seal and candlefish are an ancient preservative for the storage of winter foods. It is important to understand the human to animal relationship of the Yup’ik people and the animal kingdom that surrounds them. After all, in the far north, there are no opportunities to shop at Costco or Walmart. Traditionally, humans ate from a spear.

Williams sews his skins together with the precision of a craftsman. Like many of the Tlingit totems that grace this ancient community of Sitka, animal images dominate their artwork and the legends of these indigenous peoples. Legends were made from the animals and many of those animals were not docile. In the Native world before and after the arrival of the Euro-Americans in the 18th century, it was dangerous. Still, the most pressing danger to human beings would remain other human beings.

Like the sea lions and the salmon, schools of otter can devastate underwater fields of crab and other crustaceans. Obviously, that rankles fishermen whose livelihood depends on healthy stocks of underwater creatures. And so we seek balance.

Williams hunts the sea otter with a high-powered rifle. He hunts under the injunction of pre-arranged quotas. He smudges himself and his weapons and then asks the animal’s permission to take its life. He prays to his creator, offering thanks for the rich bounty provided in these Alaskan waters. After the otter is slain, he pours water into its mouth in the hopes that the animal will cross happily into the next world.

There is a saying in Tlingit, “Ee toowoo galatscen,” which means, “Go forward with courage.” Williams is a man of courage and conviction. Within his hands, traditions live on.