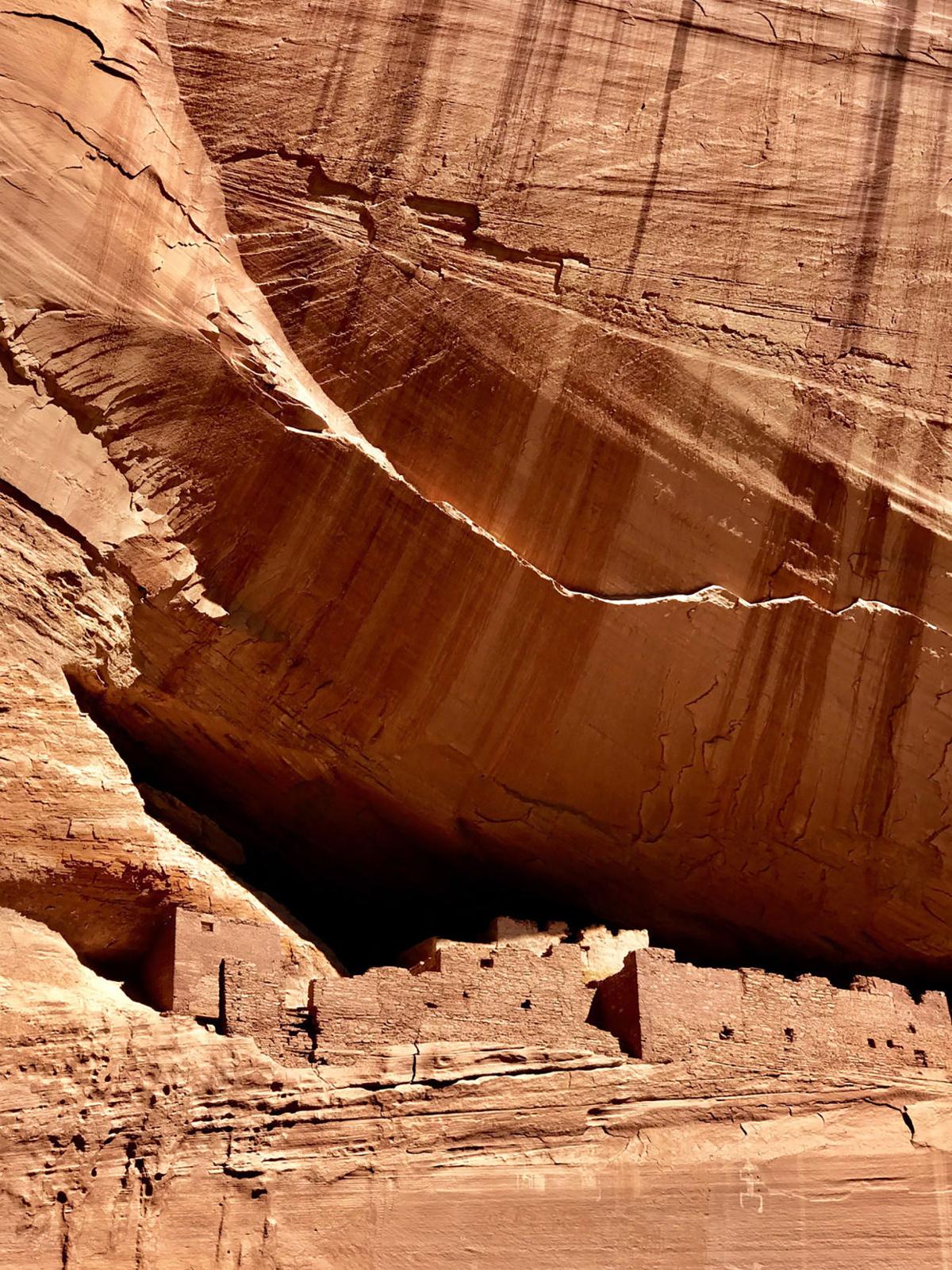 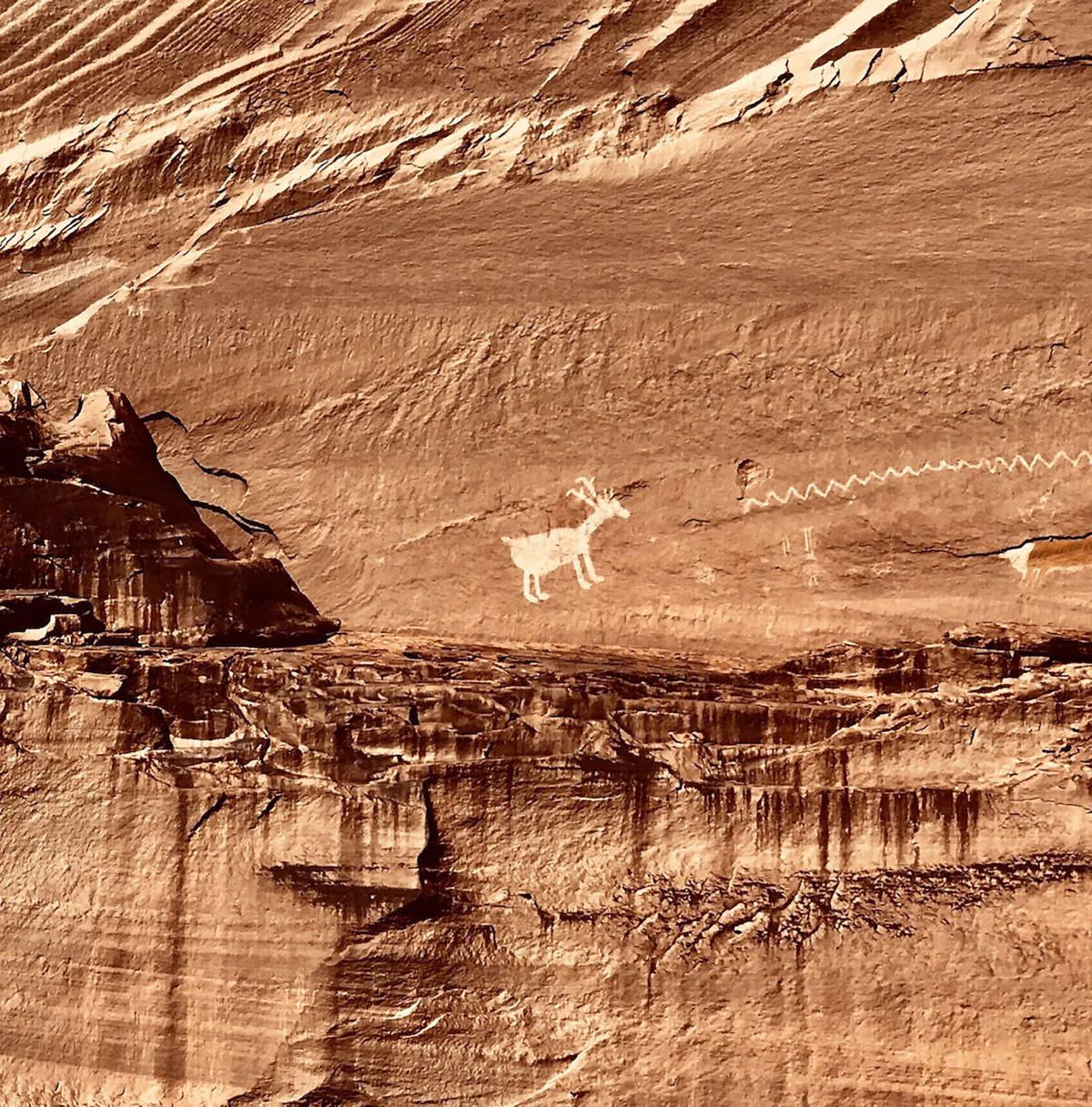 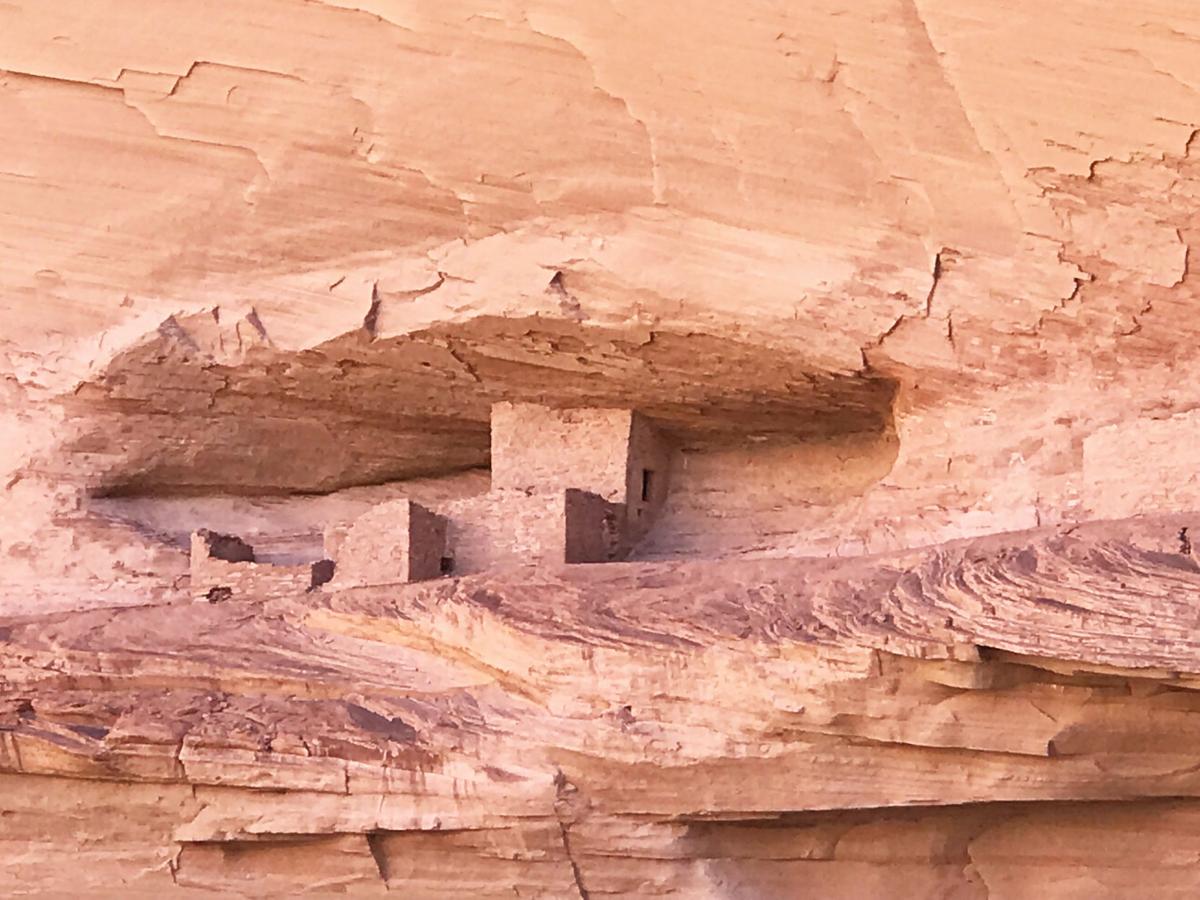 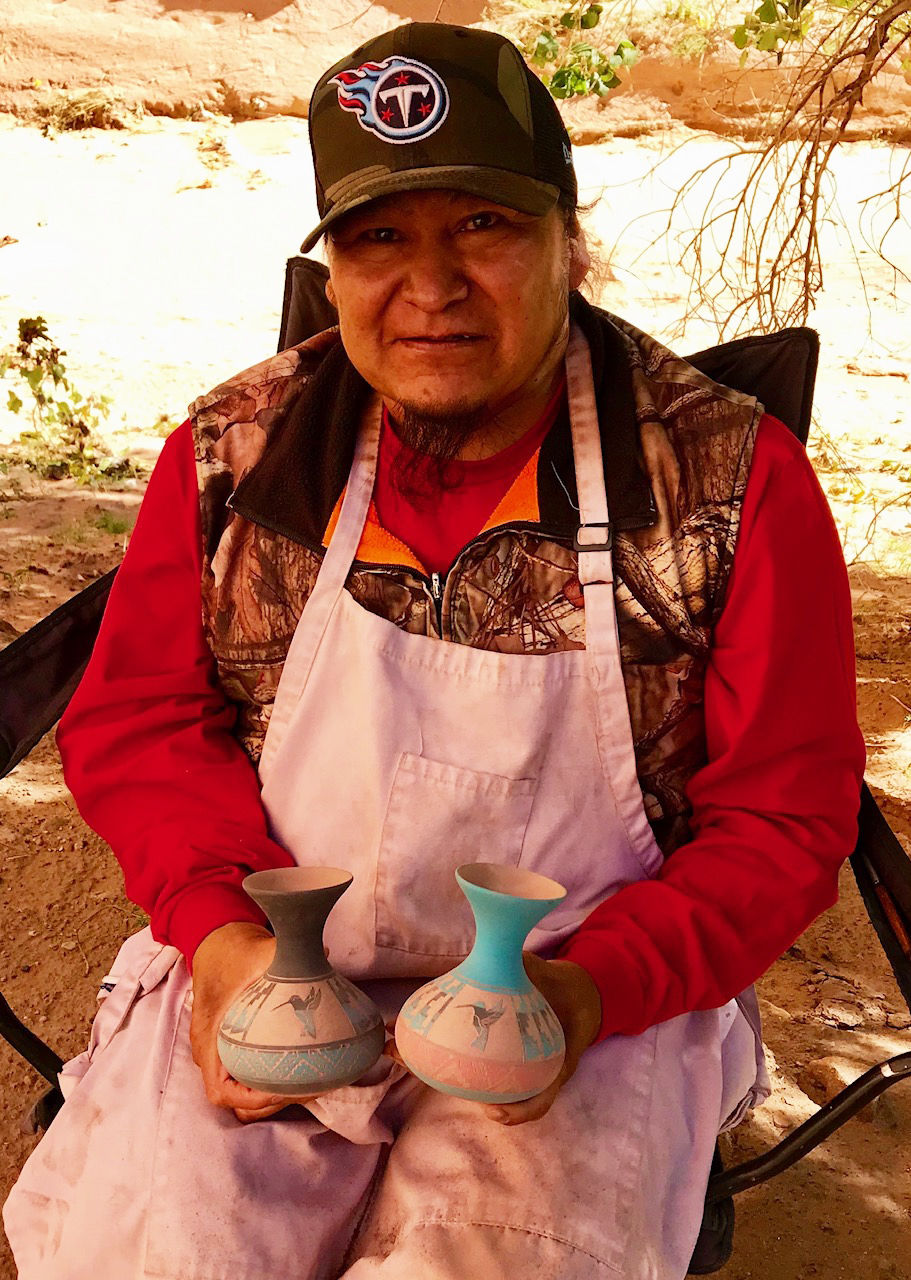 An artist from Canyon de Chelly.

An artist from Canyon de Chelly.

“Mum” was the word and the oath passed between Tom Sawyer and Huck Finn. Nobody was twisting my arm, but mum was my reaction as I and comrades stood on the 800-foot rim atop Canyon de Chelly, known as Ta Shay to the indigenous people of the Southwest. Words to describe this natural marvel flew away, at least momentarily. Speech was struck mum.

Here, words seem to somehow have been stripped away by epochs, by clawing winds and rains. By desert floods that scratched away the rusty red veneer of sandstone and rock. And whatever words spoken by these first native people, the Anasazi, have by now, been amended by the centuries, and by the Zuni people who wordsmithed this ancient language into the 21st century.

From above, pinyon trees grip the soft stone. They hold on for dear life as hot winds move desert dust in a slow pirouette. A blazing Arizona sun floods the lost world of the Anasazi and the long mystery that time has painted on these steep walls and deep canyons.

Here in Apache County, native peoples are beholden to the change of seasons. We, Northwest travelers, have just crossed the line from summer to fall. The temperatures have modified. High on a great plateau, we look down on a magnificent canyon, while the Canyon De Chelly looks up. Our mission is to explore both vistas.

Edward Curtis, the great photographer of our first peoples, traveled here. His desire was to preserve a lifestyle that was dashing away pell-mell. His images and art remain vital to our world. Ansel Adams shot here in 1941, long after the majority of the Navajo were chased from their dwellings, high on sheer sandstone cliffs or nestled on the fertile canyon floor. They were transported in a death march to lands beyond by Kit Carson and the United States Cavalry.

This terrible mistake would come to haunt our country’s legacy. Against staggering odds, the Navajo survived, as did most Southwest tribes. Today the Navajo reservation carves out a major piece of Arizona. Of all the state’s stunning landscapes, nothing seems more remarkable than the Canyon De Chelly. This canyon remains as holy as any terrain, to any people, on planet earth.

Before us is the mecca of these indigenous people, an exalting domain of soaring sandstone cliffs, petroglyphs, ancient cliff houses and a trance-like wonder-world of stone monuments. Here, the ravens bark and the keen whistle of a Navajo shepherd haunts the canyons and passageways from another time and place. This is a land of mystery and magic.

We come from a fertile green territory of ocean and beach and tall evergreen timber. Our homeland is precious. But the geography of our world in the Columbia Pacific is 180 degrees different than this world of desert and canyons. Here, striated and painted cliffs, and weather-etched rock formations rise majestically in the crimson-laced skies. Spider Rock appears shaped into twin spires like the facade of some medieval cathedral. And pueblos cling to impossibly steep cliffs.

From above or from below, one must simply gape at these sculptures shaped by God or god’s force or the force itself. More human are the pueblos that line the canyon walls. Built for protection hundreds of feet in the rarified desert air, the Anasazi departed this canyon around 900 years ago. Leaving their homes intact and pottery. Whether they left because of drought, lack of resources or simply because of social pressures — no one is completely sure. And in that unanswered question lies a crucial lesson, and part of that lesson speaks to human survival: ours and theirs.

Here in the green lands of the Pacific Northwest, first people plied our great river in handsome cedar canoes, some 50 feet long. They numbered in the tens of thousands, and their recent history is not so ancient. The Chinook people survive today. Though they have been politically deprived of their official designation, they are a vital part of our community. The Chinook world was built of cedar, a soft wood that rots quickly away. But traditions remain, though the original longhouses and most of the cedar artifacts have returned to the earth.

Dry desert has preserved the legacy of the native people of the southwest. How fortunate we and they are. How fortunate to look up a tall cliff and see ancient petroglyphs; to ponder the ancient meanings.

We are all related to hunter-gatherers. They are our ancestors. Twelve or 14,000 years ago, they entered this virgin land and settled these parched sands. Thank the good spirits that there are a few artifacts to remind us of who they were.

Standing above this lovely canyon, it is important to remember our beginnings. It is a good day to remember that we are one people on one planet in a nearly unexplored universe. And we are forever shaping new destinations.

We are as beholden to these ancient ones as we are to the future.