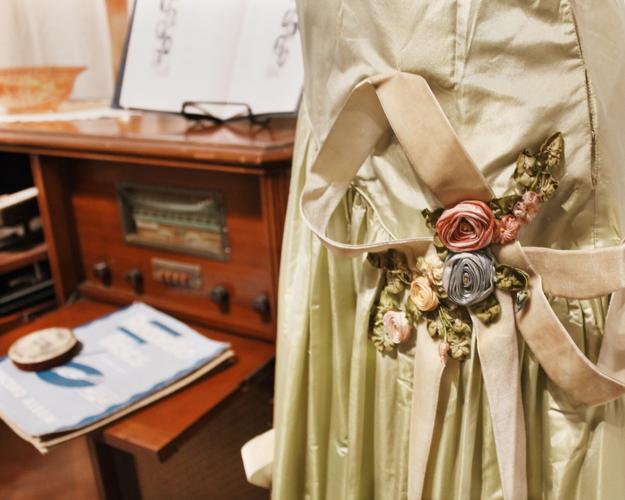 A dress with ornate detail is displayed alongside a photograph of Seaview, Washington, resident Leona Woodham wearing the dress at the Ilwaco class of 1928 senior ball. Behind is a 1940s "Recordio," a record-playing device in a sturdy wooden cabinet that could also capture sounds. 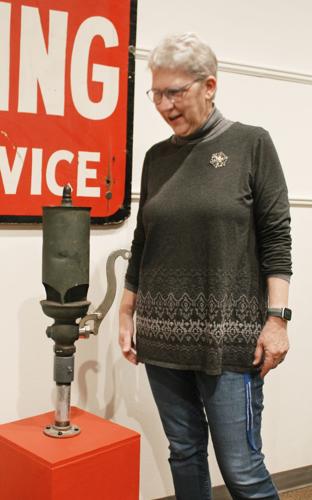 Betsy Millard, curator at the Columbia Pacific Heritage Museum, is pictured with a steam whistle from the Ilwaco Railway and Navigation Co., which operated in the 1920s and was later used at Jessie’s Ilwaco Fish Co. to signal worker shift changes. 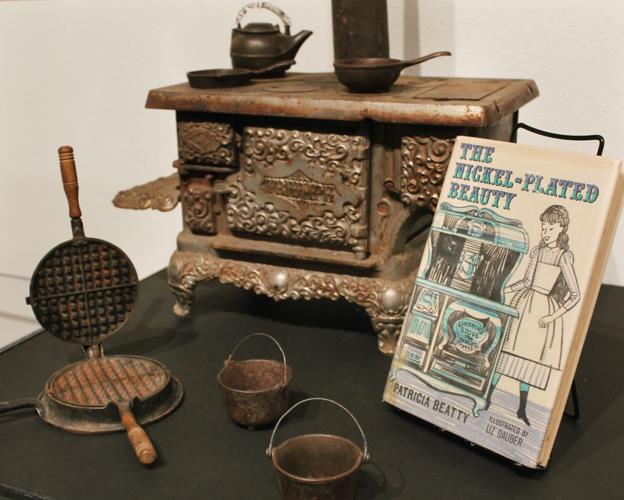 Ilwaco museum staff believe this miniature stove and cooking items likely were from a salesman’s sample kit. It is twinned with the 1964 children’s book “The Nickel-Plated Beauty,” by Portland author Patricia Beatty. 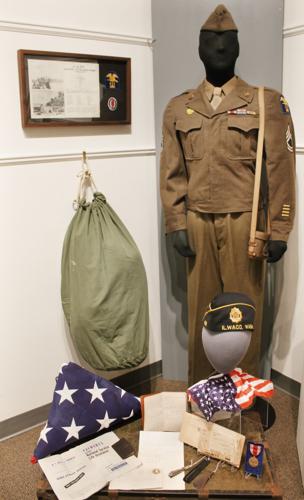 The son of fish trappers who operated on the Columbia River, David “Easy” Herrold played a prominent role in Ilwaco business. His family has provided his World War II uniform and other memorabilia including identification cards and plaques. After his U.S. Army service, Herrold worked in the oyster business on Willapa Bay with his brother, Harlan, then ran the Chevron gas station in Ilwaco for two decades. 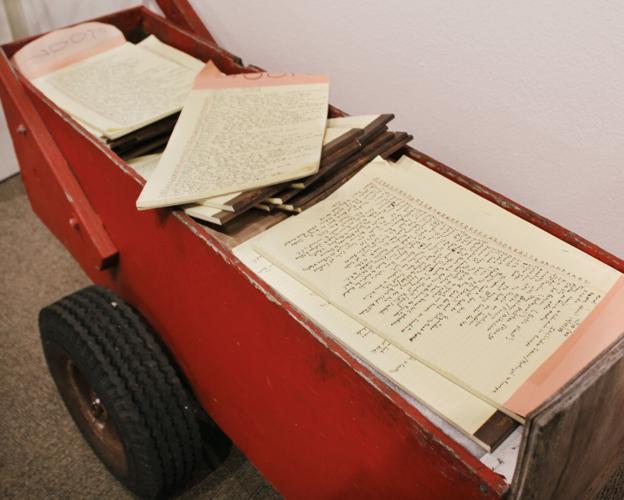 Albert Pierre Marchand Jr. was a longtime fish processing industry leader, taking over Jessie’s Ilwaco Fish Co. from his parents. His handwritten notebooks, displayed in a fish hardcart, provide a glimpse into the minutiae of the seafood business.

When does an everyday object become something of historical interest to display in a museum?

Leaders at the Columbia Pacific Heritage Museum in Ilwaco, Washington, have a ready answer — It is the stories they tell.

That philosophy is highlighted in “The Heart of the Museum: The Aura of Objects,” a new exhibit which runs through March 11 at the museum in Ilwaco.

Curator Betsy Millard was beaming with curiosity as she arranged selected items in the museum’s ever-changing special exhibits gallery on the right of the lobby.

“The museum cannot show everything that we have in here, and we have a phenomenal amount,” she said. “We have a lot to choose from — so that makes it hard.”

The latest exhibit ranges from military uniforms and record players from the 1940s to masks that were used during the COVID pandemic only last year. “We have a vast array of things from hobnail logging boots to fine art, so it’s a bit of a mish-mash. But all these objects tell a story.”

The most “modern,” the small COVID pandemic table, is housed in one corner, with front pages from the Chinook Observer, an array of masks, social distancing signs and miniature hand sanitizer bottles distributed to customers at The DEPOT, a fine-dining restaurant in Seaview.

“Museums are not all about the past. It’s about contextualizing the present,” Millard said.

Another corner shows a tiny portion of the legacy of the late Sid Snyder, Seaview grocery store owner and Washington state senator, including the chair he sat on during his legislative years.

Across the room, Butch and Ann Saari have provided a 1940s “Recordio,” which plays and records sound. Nearby is an elegant pale green dress that Seaview resident Leona Woodham wore to the Ilwaco Class of 1928 senior ball — alongside a photograph of her wearing the dress.

David Frederick “Easy” Herrold’s family has been generous. His corner includes his World War II U.S. Army uniform, identification bracelet and membership cards from various organizations, plus plaques and other mementoes from the Ilwaco Chevron station he ran for 20 years. He died in 2003.

“People remember him, and say ‘I worked for him back in 1955,’” said Millard. “He is a representative of local business and the life of this area.”

Madeline Matson, executive director of the museum, is enthralled with a tribute to Pierre Marchand, who died in 2018. His parents bought the Ilwaco Fish Co. in 1962 and renamed it Jessie’s. Marchand took over as president in 1979, and ran it for a quarter of a century, earning seafood industry awards.

“It is such a basic thing; it’s yellow notebooks with handwritten notes,” Matson said. “I think it speaks to me to have something so simple that can help tell Pierre’s story and the story of fishing in Ilwaco.”

The item proves the adage about trash vs. treasure. “So many people think things are garbage and then to see something like this, you think, ‘maybe I should hold on to this?’” she added.

‘Story’Museum managers are delighted with their exhibit title. Millard assures it is all about memories rather than mysticism.

“We like to focus on how objects resonate, so we decided to go with ‘The Aura of Objects.’ It is different from looking at a photograph. These have texture, wear, dust. We are not trying to make these all new and embellished. I think that’s why ‘the aura’ is a good word,” she said.

“It is the story that objects can tell, original things — rust and all.”

'The Heart of the Museum: The Aura of Objects'

On view through March 11

The museum is open from 10 a.m. to 4 p.m. Wednesdays through Saturdays. Admission is free