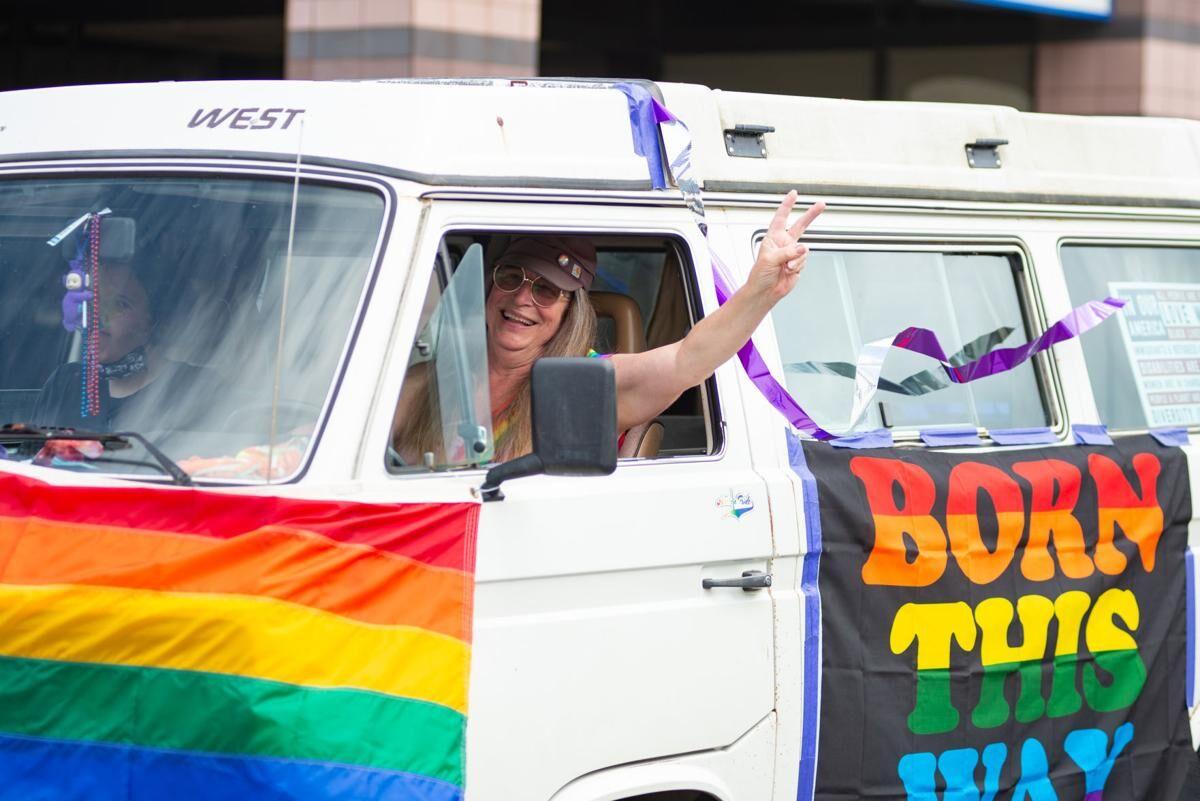 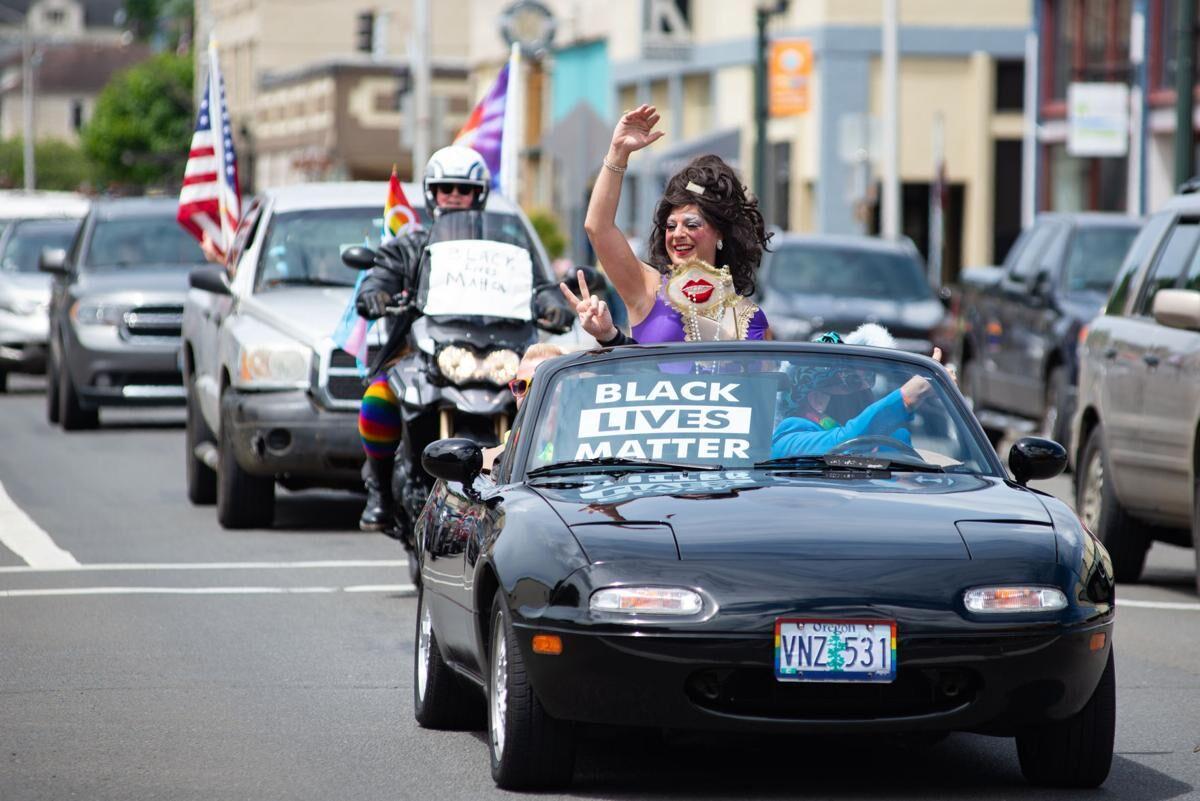 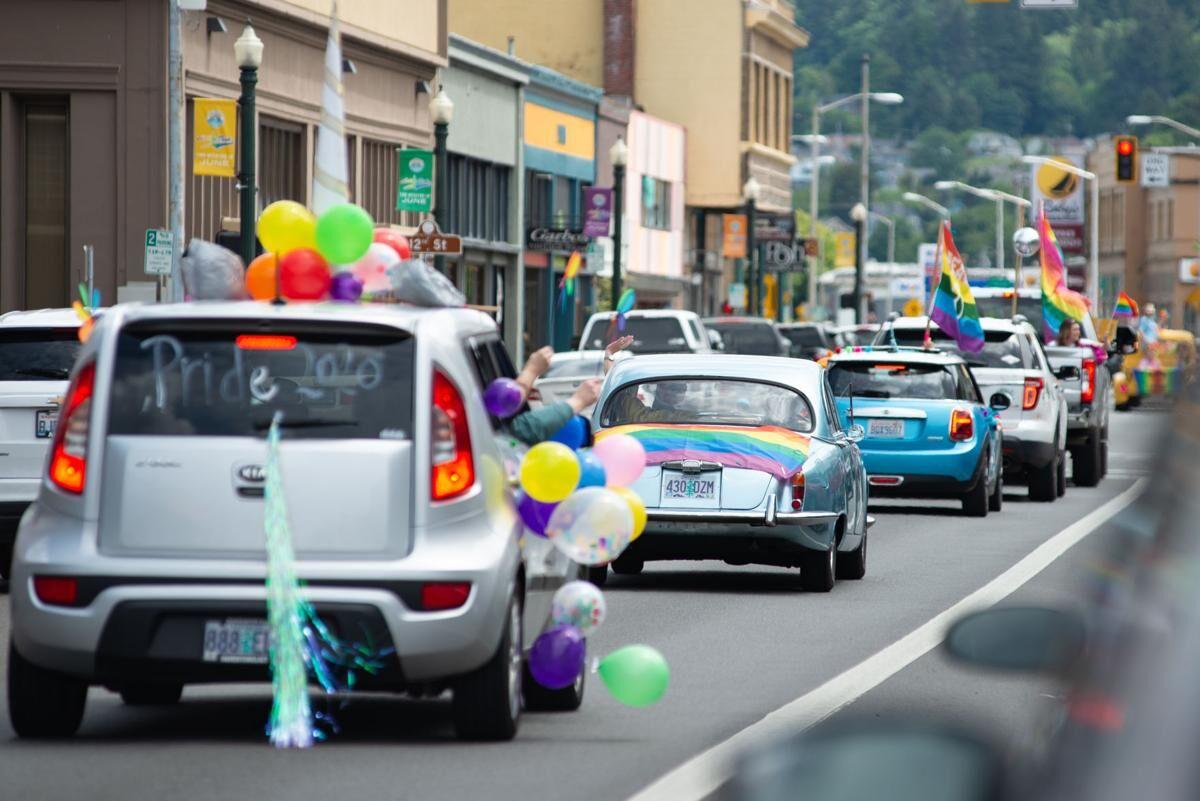 The 2020 Pride parade on Commercial Street. 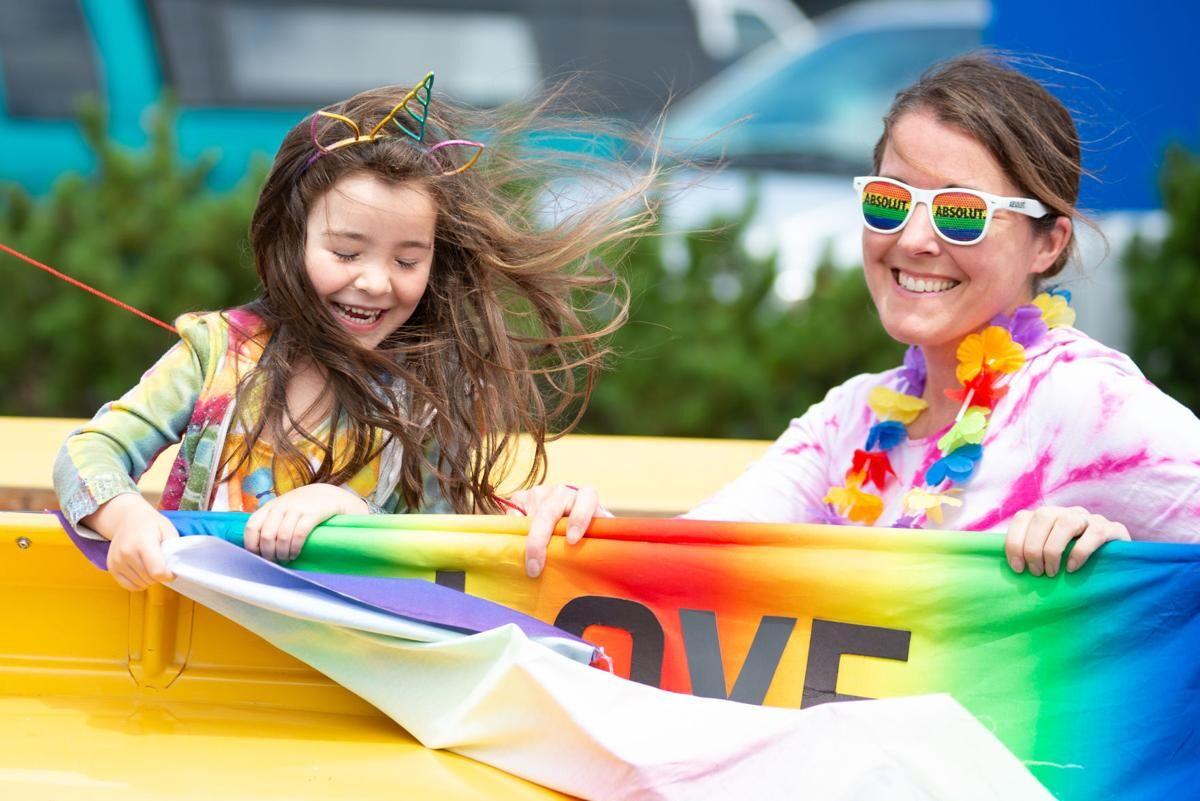 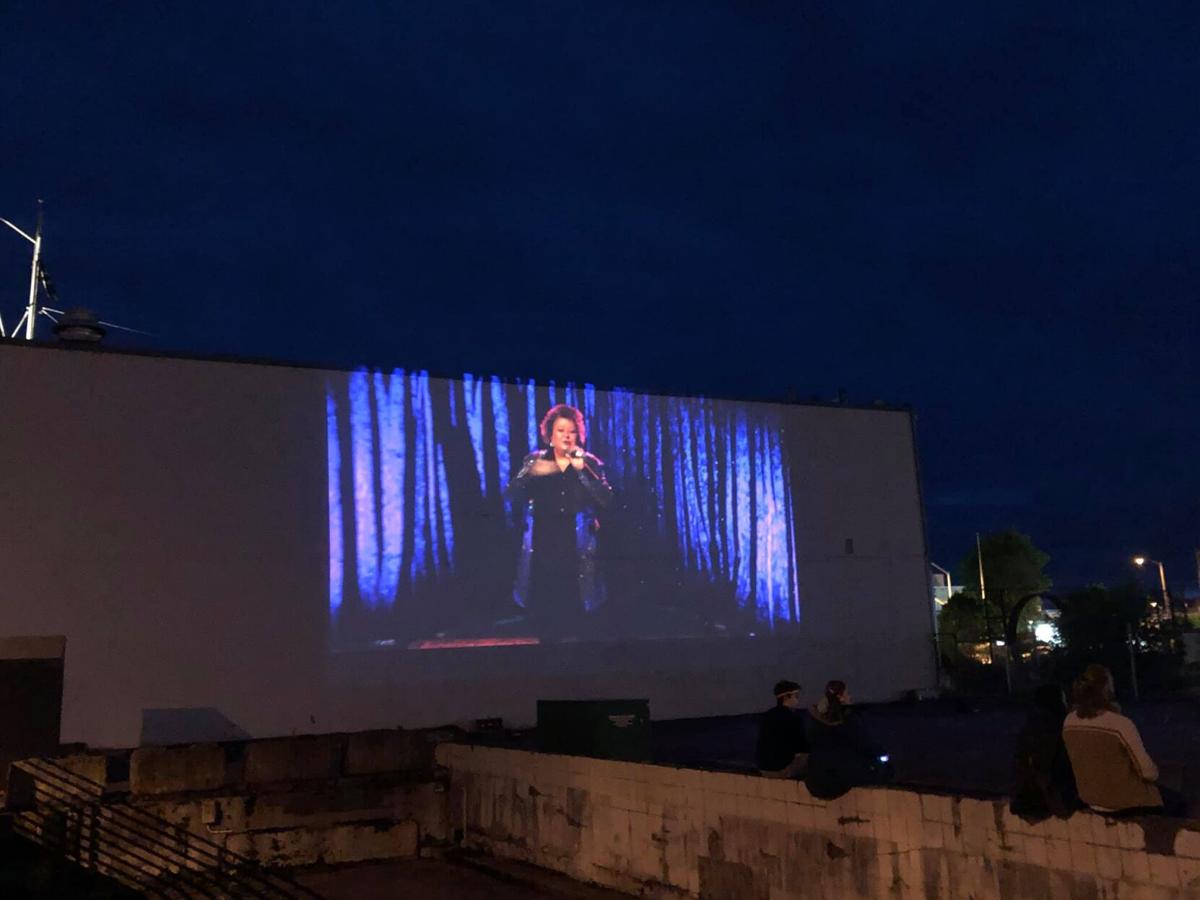 A view from the 2020 Astoria Pride celebration, which featured a virtual gala. 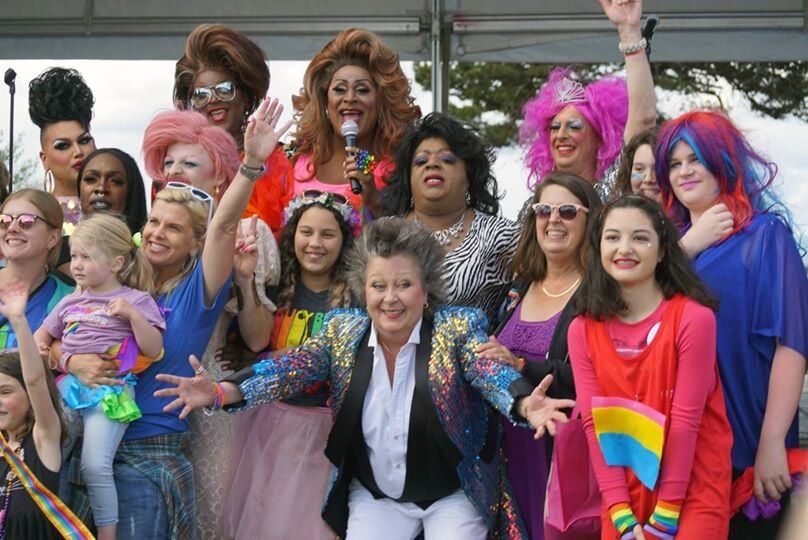 The festival, organized by the Lower Columbia Q Center, will take place this weekend throughout Astoria. This year’s event theme is “We are here. We are there. We are everywhere.”

Dida DeAngelis, chair of the Lower Columbia Q Center, will emcee the entertainment portion of the weekend. The weekend’s events include a reception on Friday; a party on Saturday; and a barbecue on Sunday.

The Pride Reception will kick off on Friday as a ticketed 21+ event.

Turnback Boyz, a queer musical group who call themselves a “time traveling queer boy band,” will make their first performance since 2019. The Oregon-based collaborative theater ensemble was created as a spin-off of “Homomentum the Musical.”

“It’s our first performance since the pandemic … Our last show was at the Hoffman Center in Manzanita, June 2019, so it kind of feels like we’re jumping back in where we left off, with another performance on the North Coast,” said Max Voltage, one of the band’s members.

Community members of all ages are welcome to join the remainder of the weekend’s festivities, including the Pride Treasure Hunt and the Pride Party, which are scheduled for Saturday.

Later on in the evening, there will be a drive-in, where people can enjoy a community-made film showcasing local LGBTQ community members, their stories and recorded performances. Expect a lot of special appearances throughout the community-made feature, DeAngelis said, including a recorded cameo by singer-songwriter Judy Collins.

“(Making the film) was a labor of love,” DeAngelis said.

A raffle for a $500 dollar Costco gift card to raise money for the continuation of Astoria Pride will be drawn at the drive-in.

On top of the activities the center has planned for the weekend, Cambium Gallery is hosting a Pride art show, showcasing work by LGBTQ artists on Saturday, followed by a donation-based after party, including a DJ. A total of 10% of sales and the after party donations will go toward the Equality Federation.

A look back at Astoria Pride

DeAngelis has 30 years of performing under her belt and directs the Q Choir in Astoria. She got her start in fundraising events in her home city of Seattle. She got involved with the Q Center after moving to the North Coast.

Along with help from community members, she and the Q Center team launched Astoria’s first annual Pride in 2016 and have continued to put it on since, including a socially distanced drive-in movie experience and car parade for last year’s pride festival.

“There was probably six of us, mainly putting (the first Astoria Pride) together, lots of volunteers.” DeAngelis said. “But we were able to get it going and it just caught on like wildfire.”

As Pride weekend nears, DeAngelis feels excited to be back on the mainstage but also nervous because it has been so long since she has publicly appeared since the pandemic started. It’s not the first time she has been in the midst of a pandemic, she said, recalling a time when the U.S. AIDS crisis took a huge toll on her community of friends.

“Planning Pride has really helped me get back into it on a personal basis — and also reaching out to those that need to be reminded that we’ve been here before,” DeAngelis said.

The Lower Columbia Q Center is a resource and advocacy center for the LGBTQ community in the local community. The nonprofit center holds support groups for the queer community and provides one-on-one social services. Last year, the center moved into 171 W. Bond St. so that its programs and resources had a permanent home.