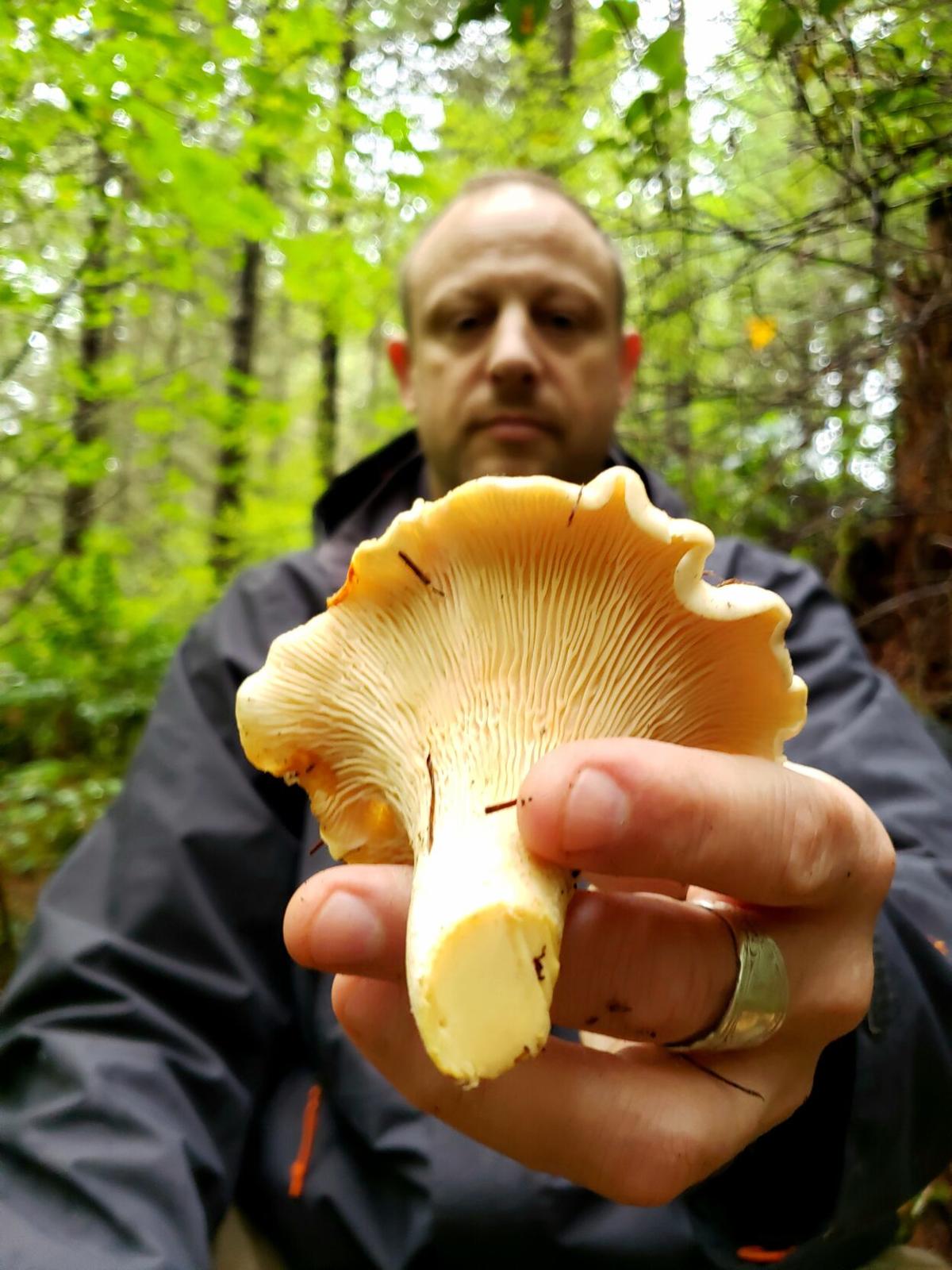 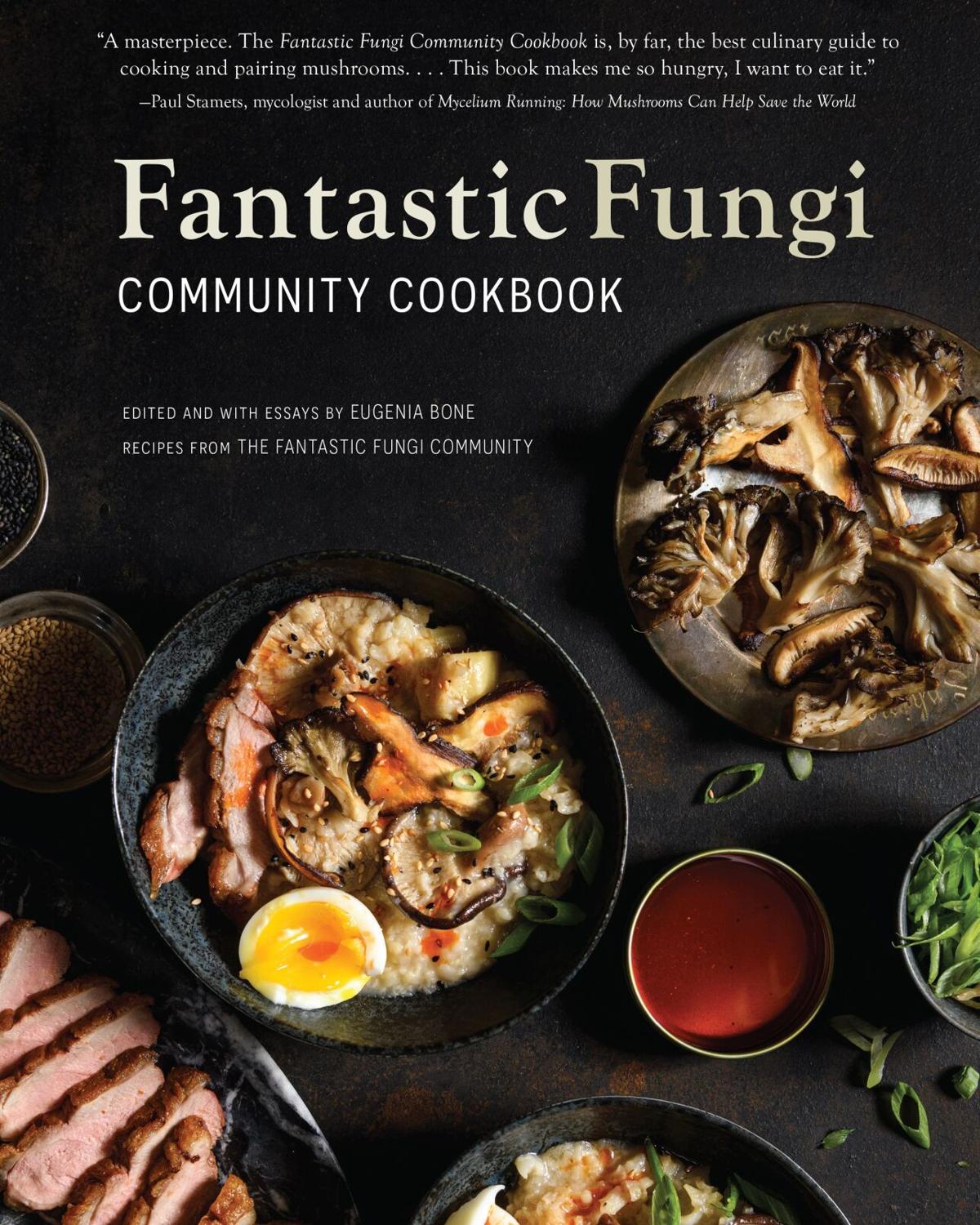 The cover of the ‘Fantastic Fungi Community Cookbook.’ 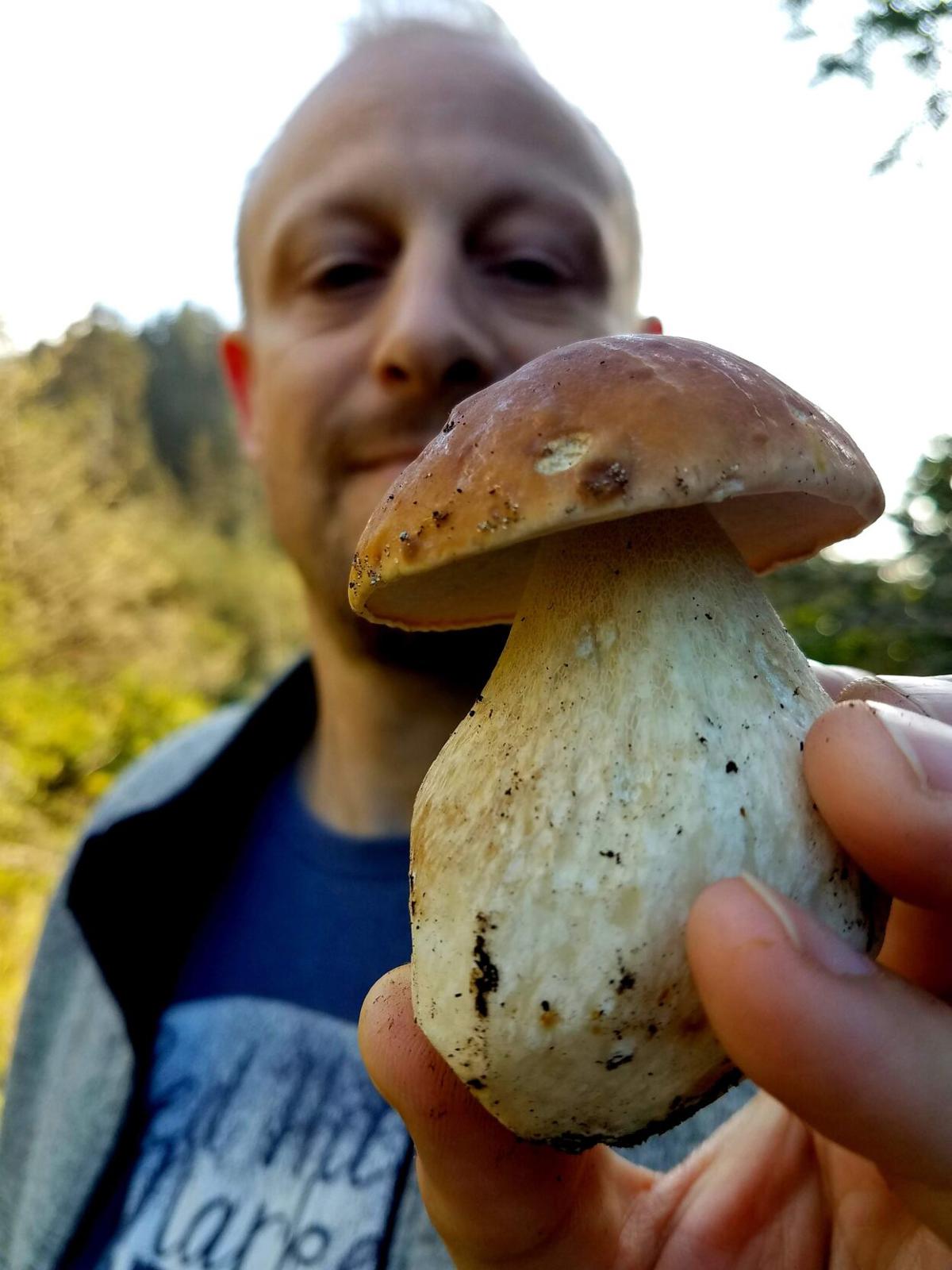 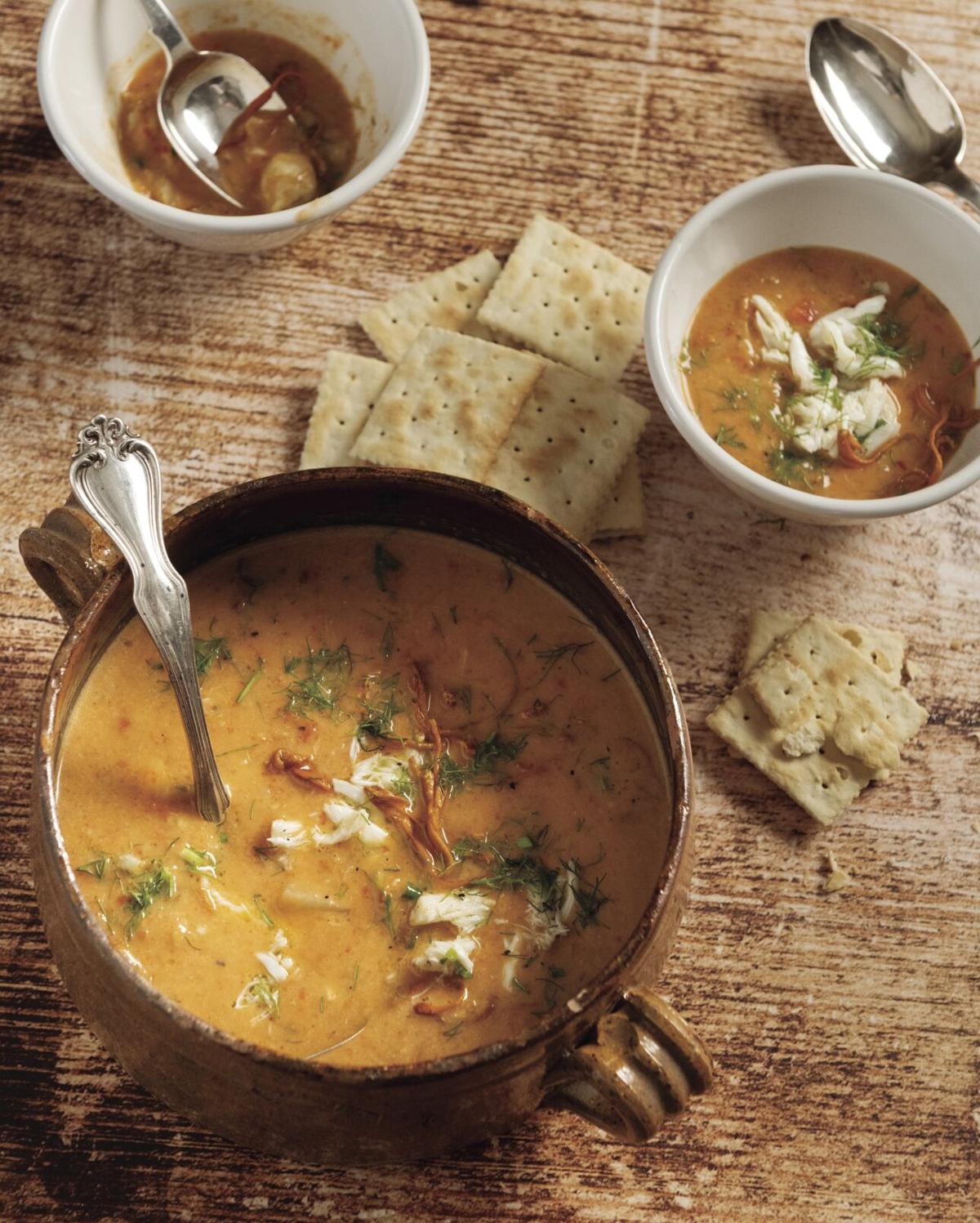 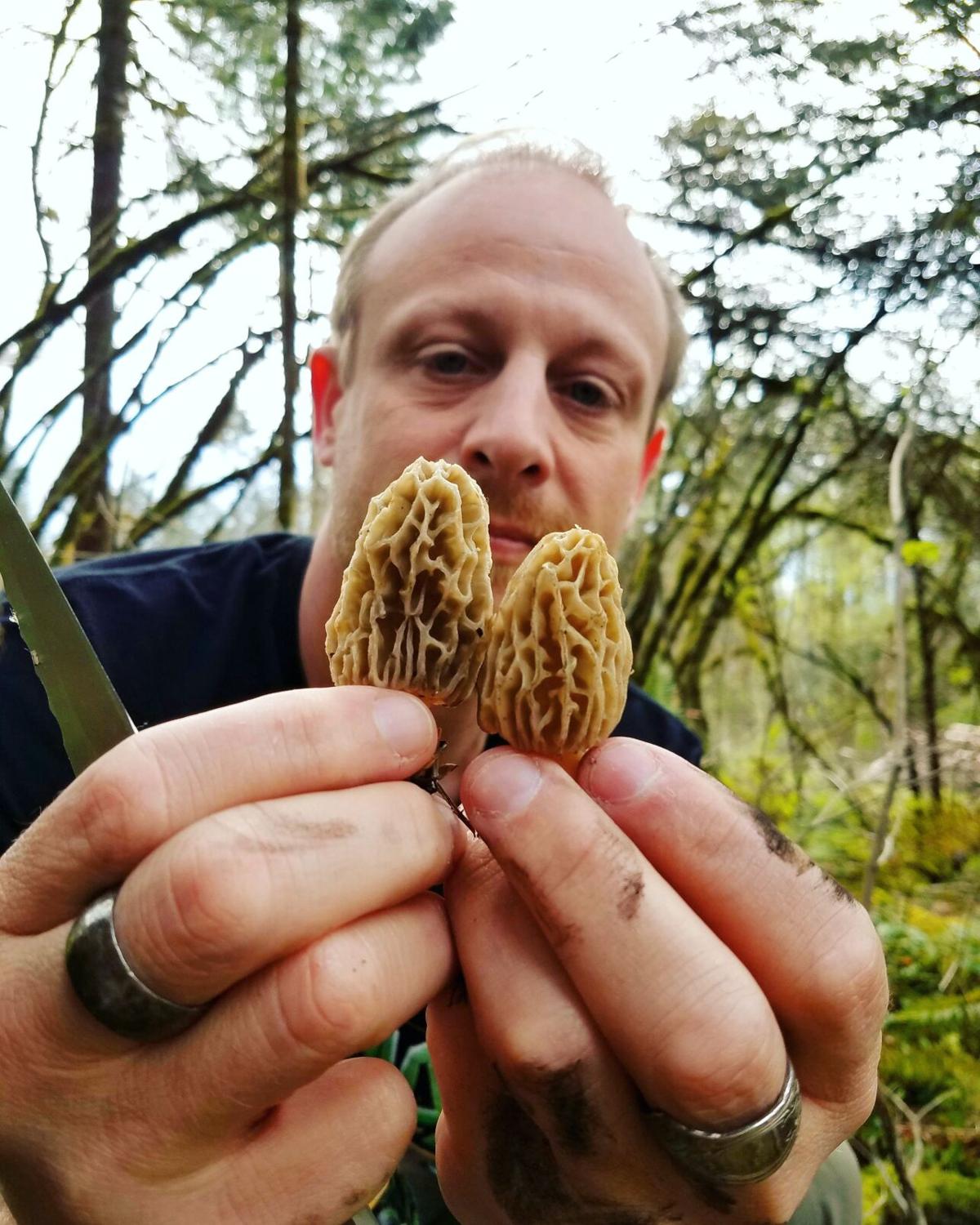 Chef Sebastian Carosi has foraged for a variety of wild mushrooms, including blonde morels. 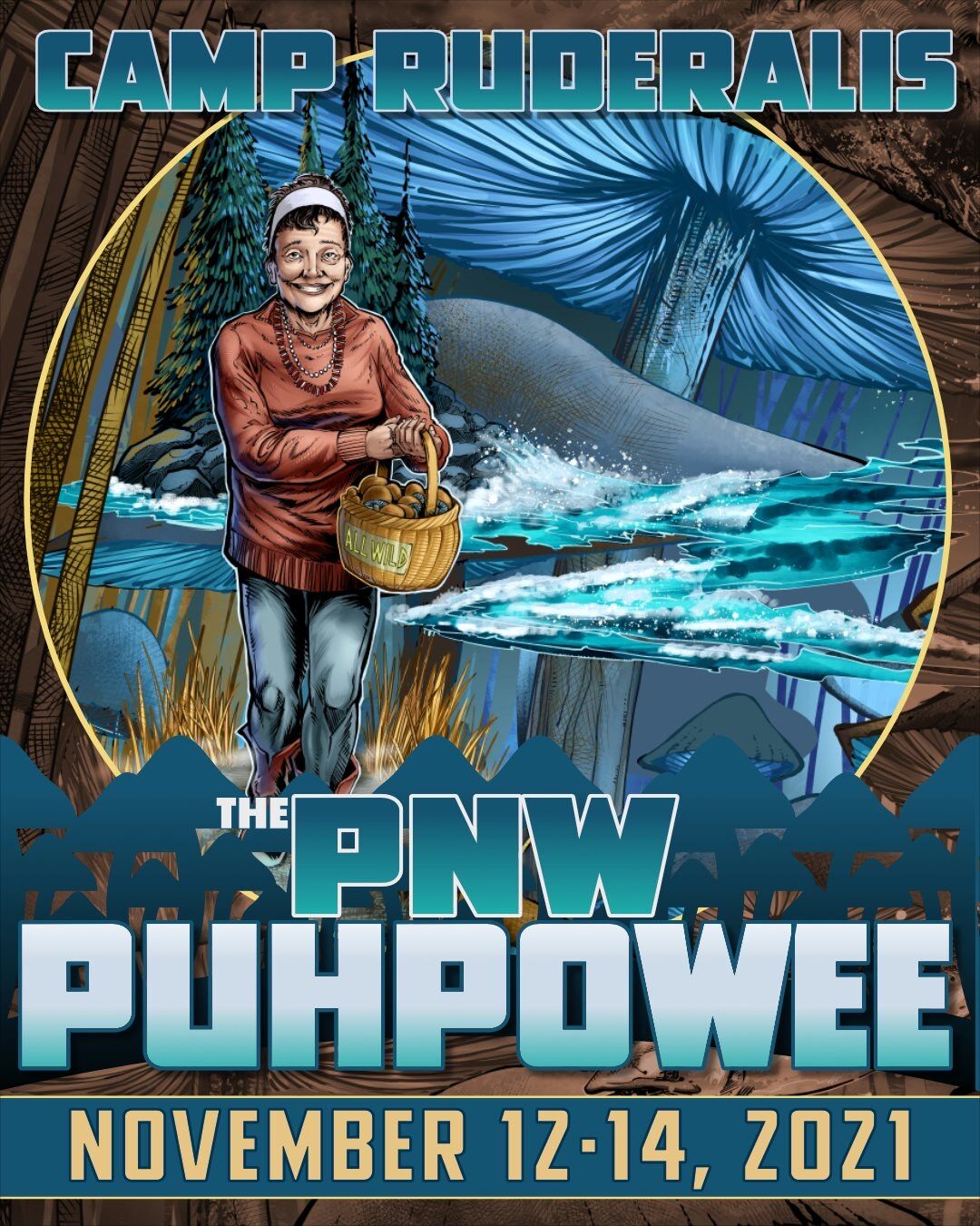 The poster for the PNW Puhpowee features an image of Long Beach mushroom queen, Veronica Williams.

The name Sebastian Carosi may be familiar to foodies on the Long Beach Peninsula.

Carosi’s dishes have appeared on the tables at the Shelburne Inn, Pickled Fish and countless other esteemed restaurants around the country.

His backstory, however, is unorthodox. Before he created a reputation as a master forager and slow-food advocate, he served time in a state penitentiary.

“What people don’t know is when I was 17, I went to prison because I was transporting 32 pounds of cannabis in a boat in the Puget Sound, and got caught,” Carosi said.

Carosi admitted that having a felony on his record made his rise in the culinary scene a challenge. He tried to hide his past after his release while struggling with depression, fear and PTSD from being locked up at a young age.

“I didn’t have a way to treat it, I ended up smoking cannabis flower while I was working in high profile jobs,” he said. “I got fired from several of those jobs because I smelled like cannabis.”

To heal, he focused his energy on living a healthy lifestyle and eating natural foods from the earth, a foundation that became the pillar to his culinary philosophy.

Decades later, his work in the farm-to-fork scene led to an opportunity to contribute recipes for the “Fantastic Fungi Community Cookbook,” a collaborative cookbook that features recipes from dozens of the brightest minds in the wild fungi community. The cookbook, written and edited by Eugenia Bone, will be released on Nov. 23.

To celebrate, Carosi is hosting a themed event on the Long Beach Peninsula, a place he calls the “unofficial wild mushroom capital of the United States.”

The three-day wild mushroom symposium takes place Friday through Sunday. Dubbed the PNW Puhpowee, it will be filled with educational speakers, foragers, experts and enthusiasts. The all-inclusive event will take small groups out on immersive experiences to forage for wild fungi, which they then will bring to a roundtable with experts for identification. Wild fungi dishes will be served, amongst a slate of speakers and documentary screenings.

But the PNW Puhpowee, won’t be a strictly culinary experience. Much of the event will be centered around the controversial topic of psilocybin mushrooms.

Carosi credits the psychedelic fungi for managing his mental health symptoms through a micro-dosing routine. He described the North Coast as a hotbed for the mushroom’s wild growth.

“If you’re into physical health, what about mental health?” posed Carosi. “You can eat as good as possible, but if your mental health isn’t good, your body is deteriorating faster than you can imagine.”

Parts of the Pacific Northwest have recently experienced changes in the law that legally allow the use of psilocybin in some situations.

Carosi believes the country is about to experience a psilocybin revolution, which is why he wants to share information about wild psilocybin at his symposium. He’s quick to add that the workshops will solely focus on their therapeutic benefits.

Membership is required for attendance, which is included in ticket price

“We’re not throwing a party, there’s no concert, no anything, this is completely educational and that’s the way we want to keep it,” said Carosi, who added that the summit will stay within the confines of the law, as no samples will be handed to guests. Guests will however learn where they naturally grow in the area.

Carosi is capping attendance off at less than 100 people and says he is organizing the foraging trips into small groups to minimize the impact on the natural land. Membership is required to attend the weekend event, the cost is included in the online ticket price. The event is for people 21 and older.

“I want to take the elitism out of this, and let people know that therapeutic mushrooms are sitting right beside the culinary mushrooms,” he said. “If you just spend a little bit of time learning about them, you might help yourself. I believe another bit of therapy is getting out there and finding them, the hunt. The being out in the wilderness. You have to hunt for them, they’re not just there.”