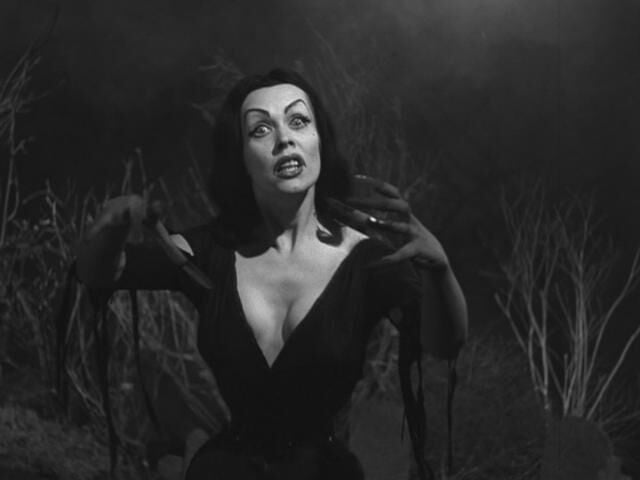 A scene from ‘Plan 9 from Outer Space,’ starring Maila Nurmi. 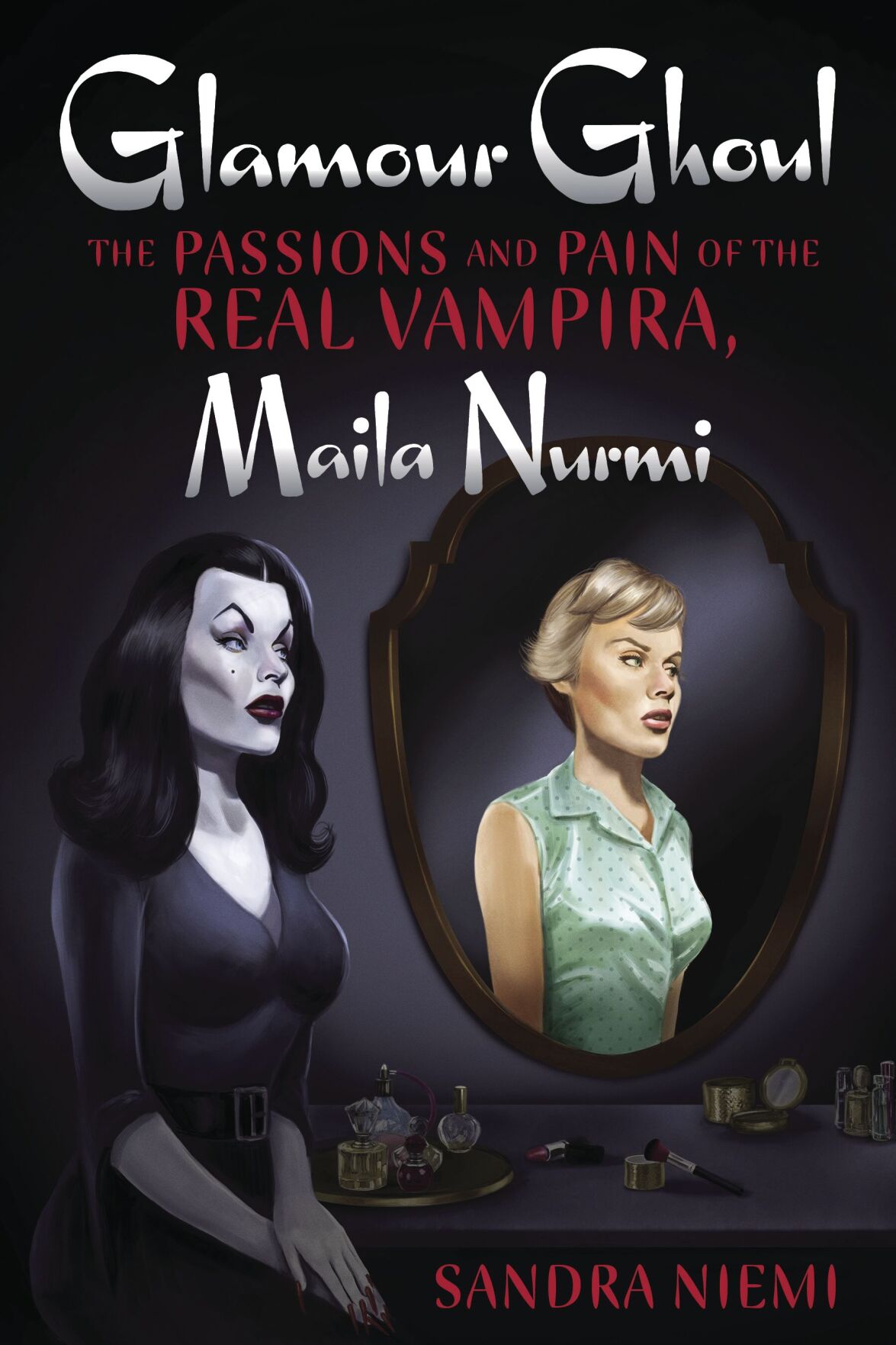 The cover of ‘Glamour Ghoul: The Passions and Pain of the Real Vampira, Maila Nurmi,’ written by Sandra Niemi, Nurmi’s niece. 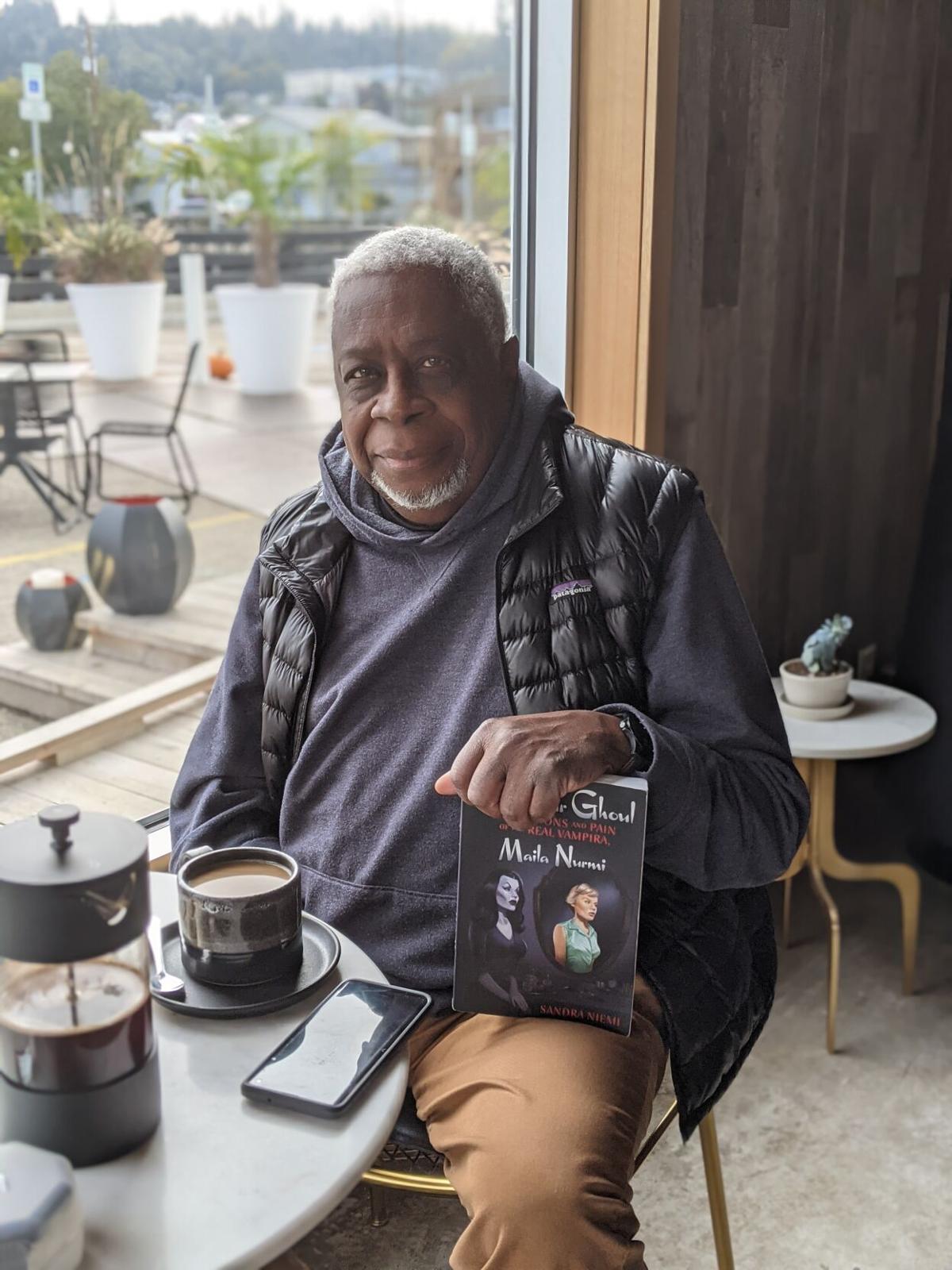 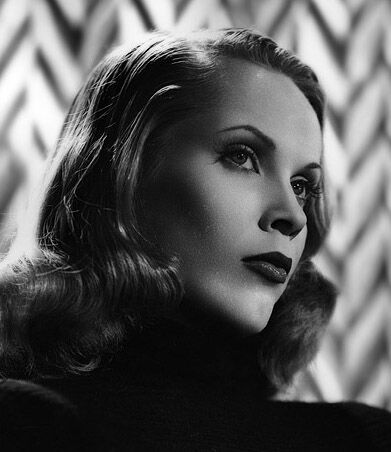 Actress Maila Nurmi lived in Astoria as a teenager.

The movie poster for the 1959 horror movie ‘Plan 9 from Outer Space.’

A nearly forgotten local legend will be highlighted during the the 14th annual Astoria International Film Festival this weekend at Liberty Theatre.

“We like to show films that are educational,” said Craig. “I like people to walk away scratching their head.”

The local focus will come courtesy of Vampira, an American actress and television personality who created the campy 1950s gothic character, and grew up in Astoria.

Maila Elizabeth Nurmi, the actress who became known as Vampira, was born in 1922 in Gloucester, Massachusetts. She moved to Astoria with her family as a teenager in 1939.

Sandra Niemi, Nurmi’s niece, dug extensively into her aunt’s history to craft a biography called “Glamour Ghoul: The Passions and Pain of the Real Vampira, Maila Nurmi.” The book tells the intriguing tale of her aunt’s incredible rise to fame.

Nurmi graduated from Astoria High School and worked as a strawberry picker, bookmobile operator and tuna canner at the Columbia River Packer’s Association.

While taking a bath in her family’s Astoria home one day, Nurmi listened to Orson Welles on the radio. Animated, she told her mother he was a genius and she would befriend him one day.

“Her mother said, ‘Don’t talk like that, people will think you’re crazy,’” Sandra Niemi said. “‘You’re Maila Nurmi and you work in a fish cannery and that’s all you are.’”

According to Niemi, thats when the girl who would eventually become Vampira decided to leave and go to Hollywood.

“I’m not surprised she never came back,” said Niemi. “She was a free spirit, she wanted to fly.”

Nurmi did end up befriending Welles, an American director, actor, screenwriter and producer. According to public statements from Maila Niemi before her death, the pair later had a son who was put up for adoption.

In Hollywood, Nurmi worked odd-jobs until she created the character of Vampira, inspired in part after the cartoon Morticia Addams. In 1954 and 1955, Vampira hosted a horror movie show on the local ABC affiliate, the first show of its kind on television. Her hourglass figure glided through fog, she screamed like a banshee, punted puns and soon became a local celebrity.

After the cancelation of “The Vampira Show,” Nurmi starred in a string of movies. The most notorious was the 1959 Ed Wood feature, “Plan 9 from Outer Space.” Vampira played a silent vampire opposite Bela Lugosi. The two portray reanimated ghouls that help aliens in flying saucers conquer Earth to prevent humans from creating a doomsday weapon.

“She never intended to make this movie,” Niemi said. “But she was going through a hard spot in her life, she was flat broke, and she needed the $200.”

Vampira insisted on not speaking a word in the film because she found Wood’s script appalling.

The movie ended up making her famous.

In the 1950s, Nurmi also became close with James Dean.

“Jimmy lost his mother when he was nine,” Niemi said. “So he was a motherless boy and became sort of a surrogate son to her. When he died, she was inconsolable.”

“The Golden Turkey Awards,” a 1980 book written by a film critic labeled the “Plan 9 from Outer Space,” the “worst film ever,” which helped propel it to cult status.

Nurmi died in 2008, at age 85, in her home. Her tombstone features an image of Vampira, hailing her as a “Hollywood Legend.”

“Plan 9 from Outer Space” will headline the Astoria International Film Festival’s opening on Friday night. A Finnish documentary about Vampira will be presented Saturday night.

“Glamour Ghoul: The Passions and Pain of the Real Vampira, Maila Nurmi,” is based on the icon’s notes, diaries and draft autobiography as well as Niemi’s personal encounters with her aunt. Niemi wrote the biography to keep Vampira’s memory alive.

“If I didn’t write it, she would just be a sad little footnote in her history,” Niemi said. “And I couldn’t let that happen. She deserves so much more.”

Niemi was an Astoria resident for 60 years before moving away in 2007. She now lives in Salem.

Like her aunt, she graduated from Astoria High School.

“It’s my hometown,” she said. “My whole family, we’re Astorians.”

Craig originally planned for the festival to host an in-person book signing with Niemi, as well as a costume party at the Labor Temple, which Vampira had frequented. The events were canceled due to the pandemic.

The change in plans is particularly devastating to Niemi because she had planned to meet Vampira’s son. Through an online DNA service, Niemi tracked him down in Vermont, where he is a retired attorney.

Craig, an award-winning filmmaker, author and creator of the Astoria International Film Festival, has lived in Astoria for six years.

“Astoria is one of the most spiritually historical spots in Oregon,” Craig says. “The energy that’s here is just incredible, there’s just so much entrenched talent here. With Vampira, that creative energy is part of the story.”

Other films to be shown during the festival include “Fahrenheit 451,” “Some Like It Hot,” and “Zorba the Greek.” The festival’s program and tickets are available at astoriainternationalfilmfestival.com. Proof of vaccination or a negative COVID test are required.