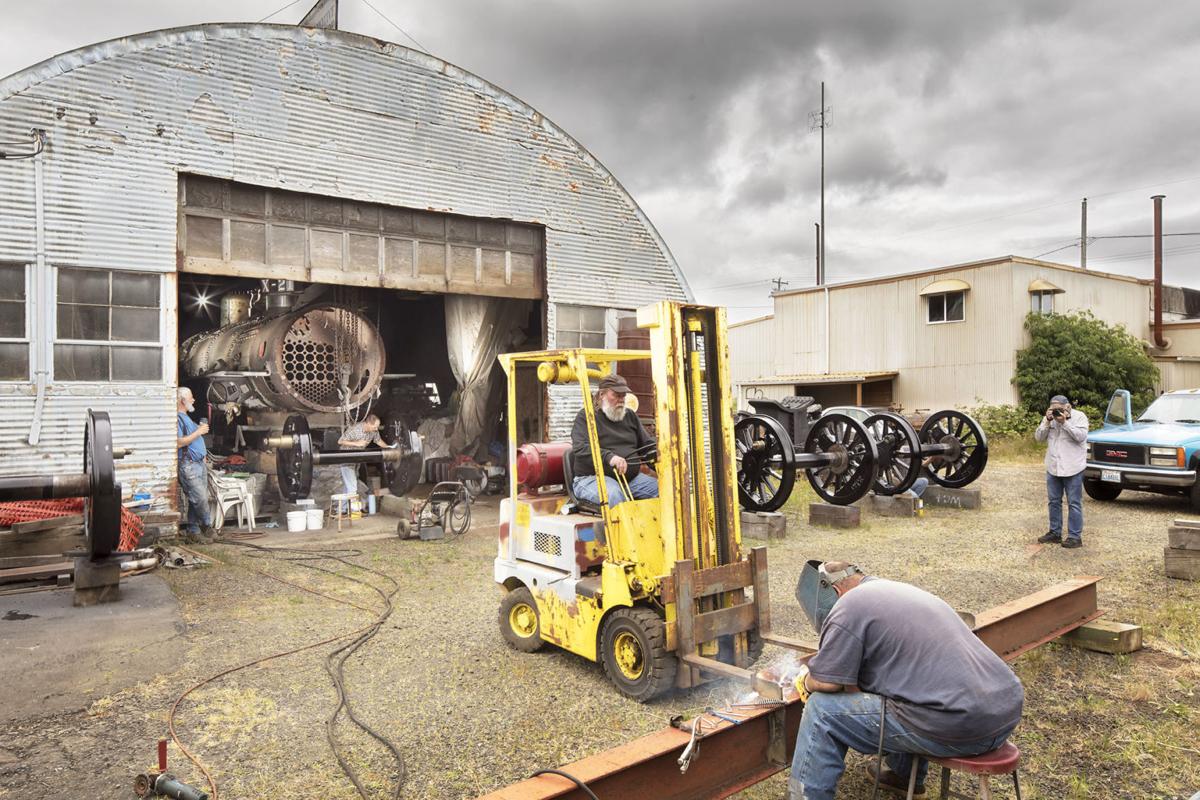 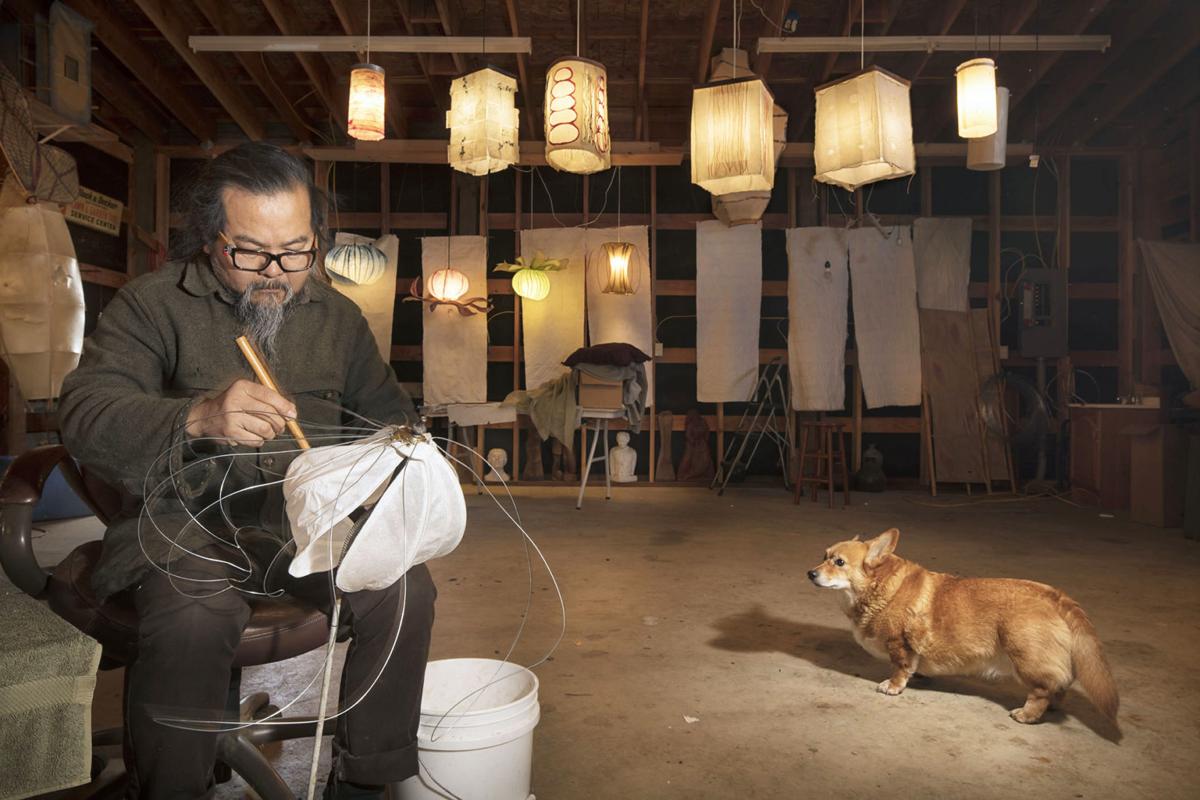 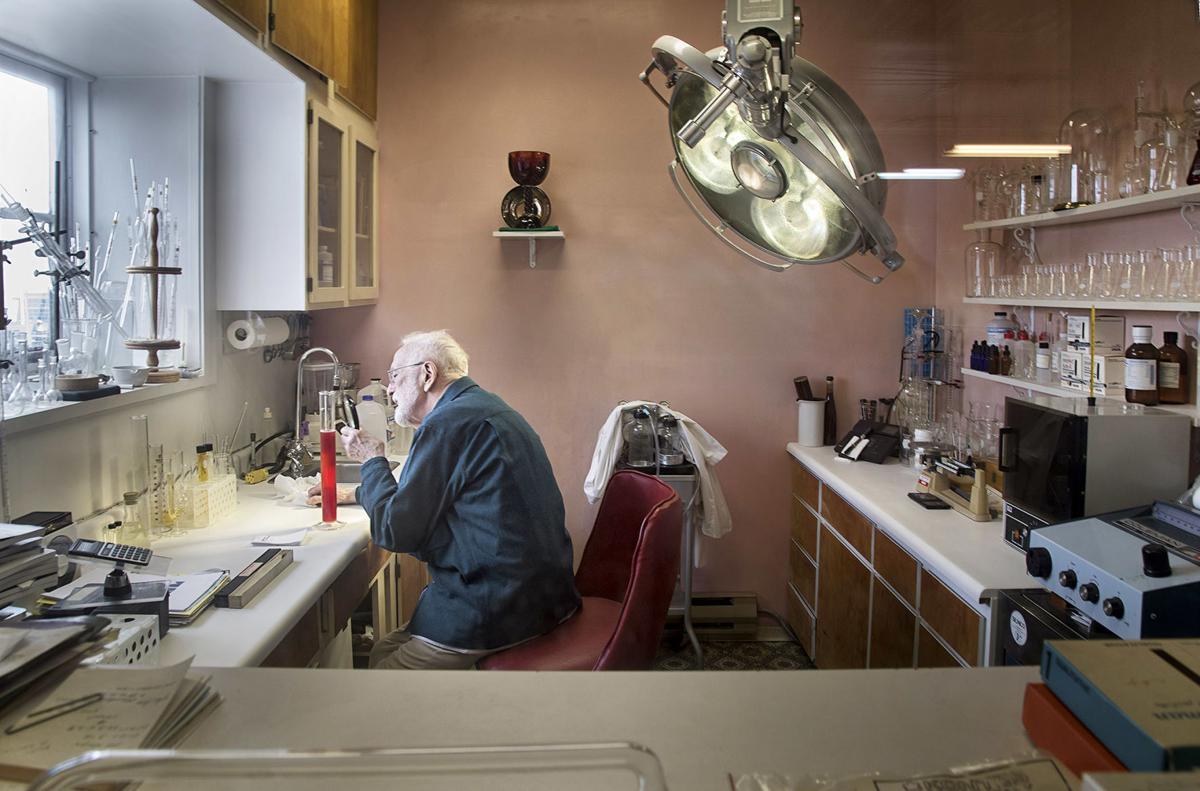 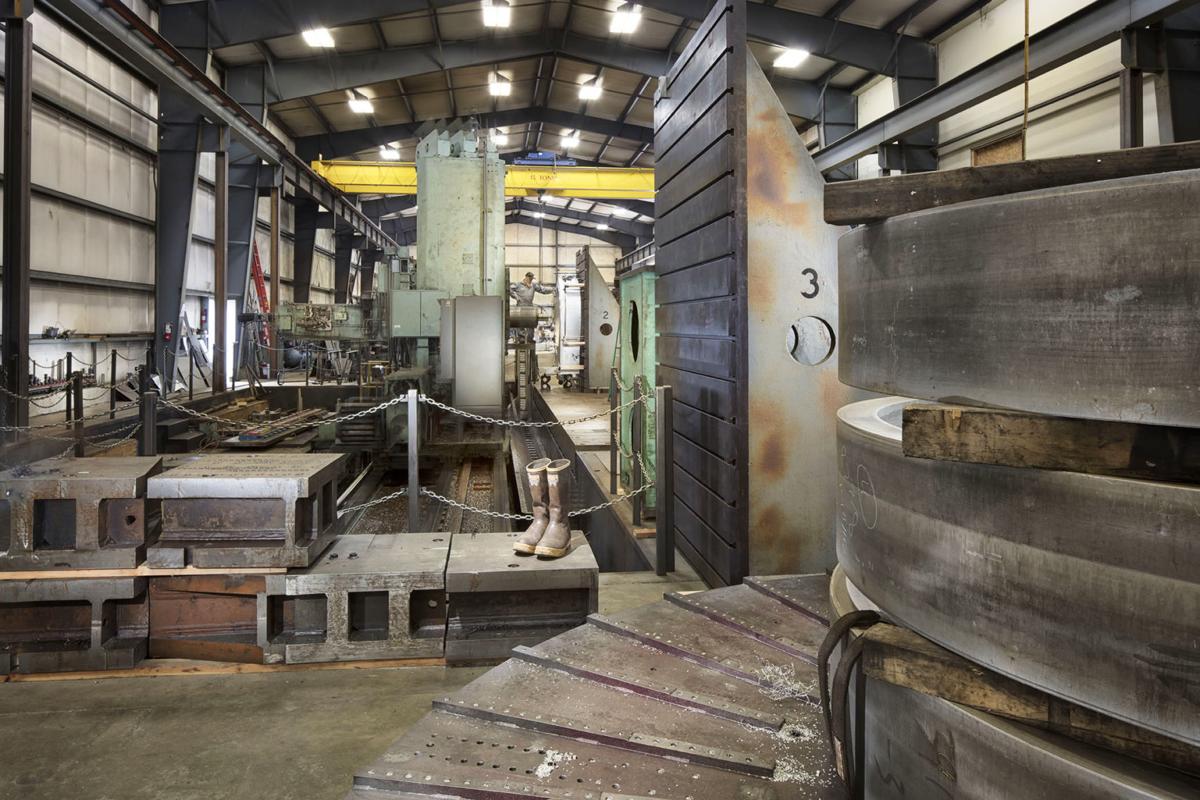 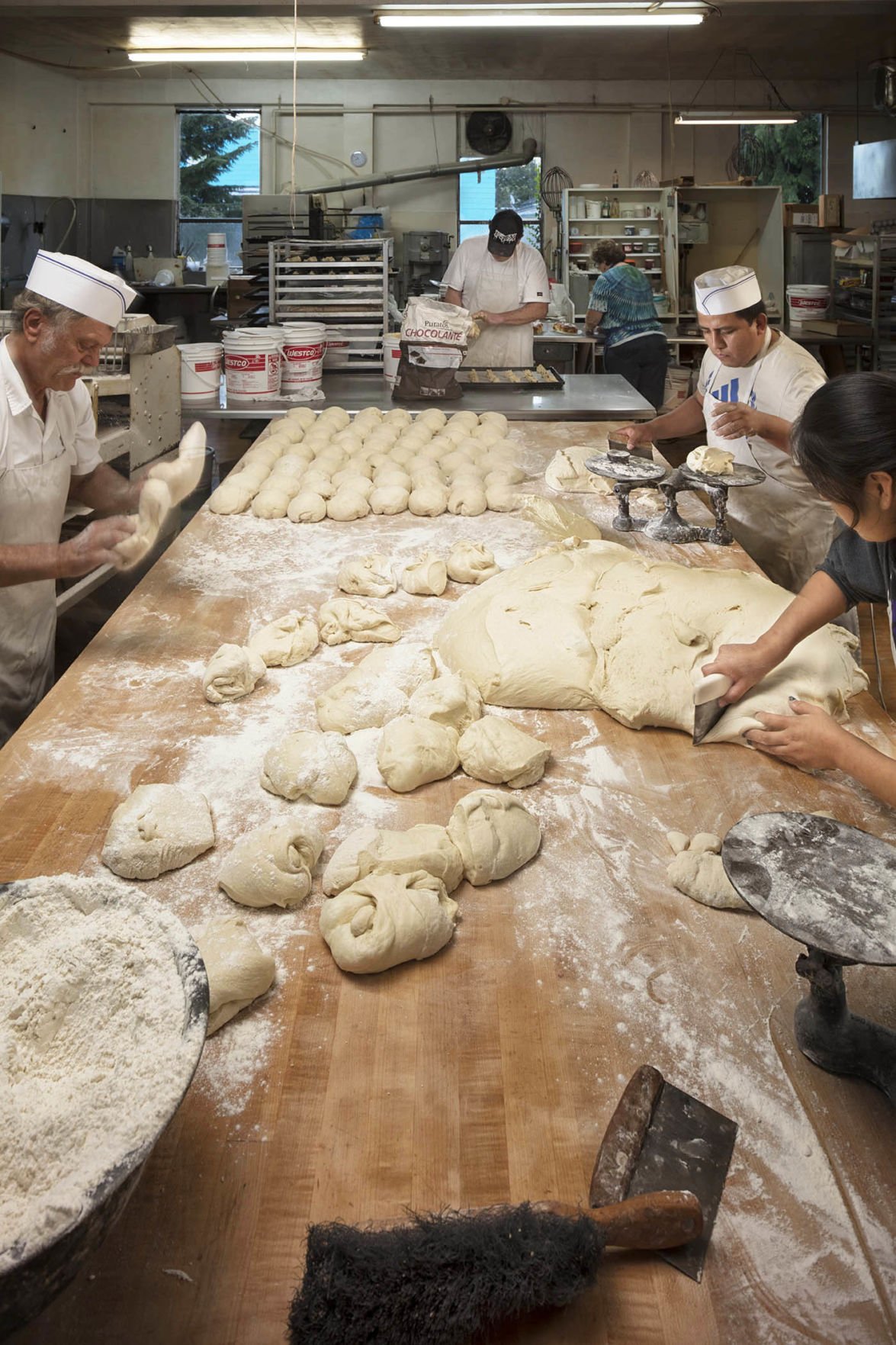 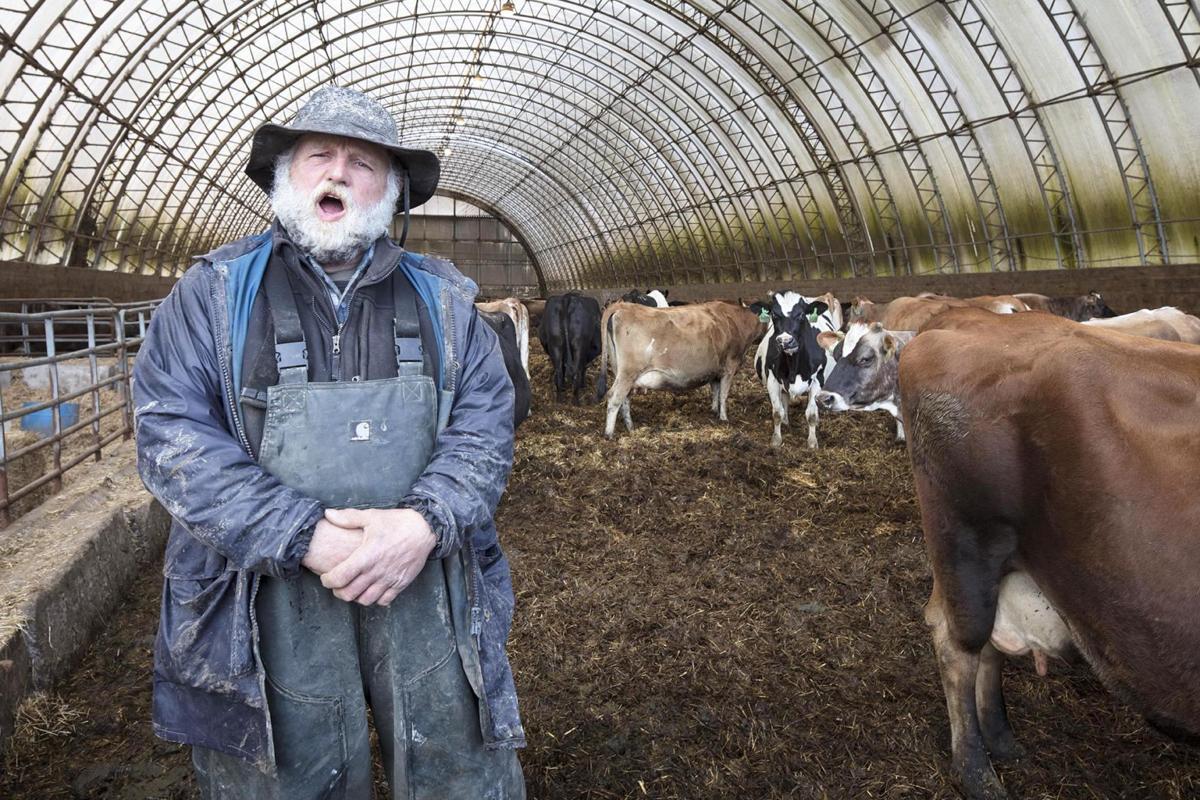 A farmer at work. 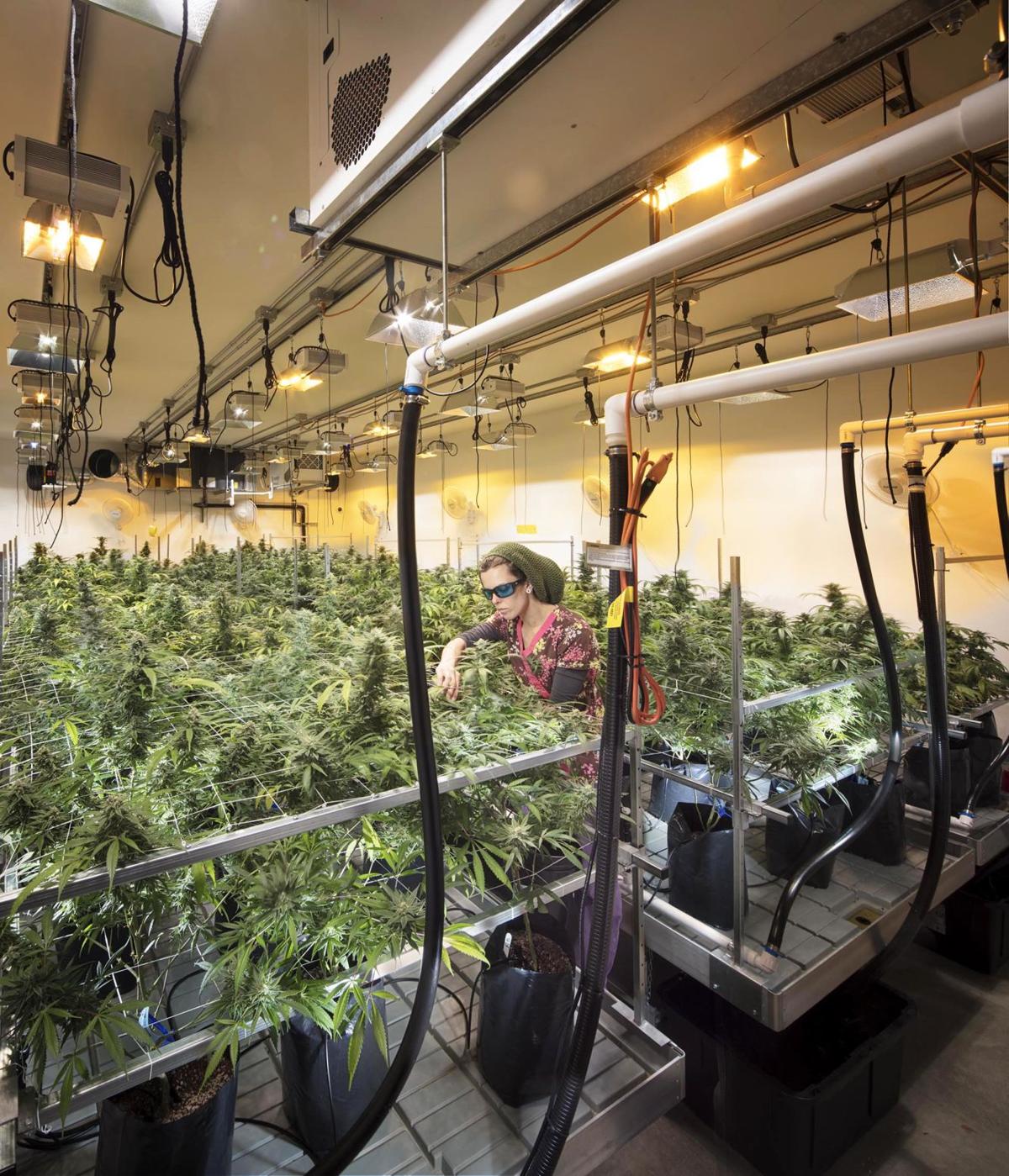 A marijuana growing facility in Warrenton 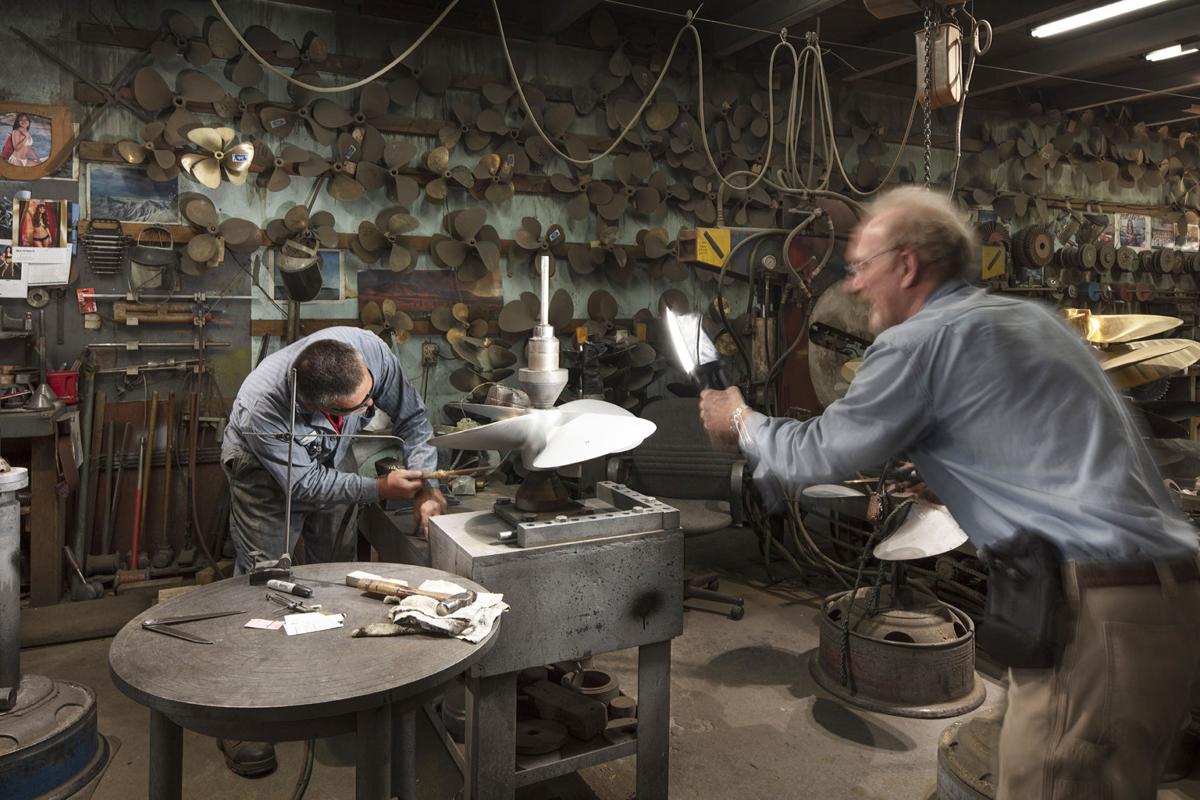 A farmer at work.

A marijuana growing facility in Warrenton

Michael Mathers was rowing up the John Day River when he hit a piling in the water and nearly fell over. That’s when the idea for his next photography project hit him.

He said, “there was a work shop on the road there and I saw it and thought, work shops, why not do that?”

After over two years dedicated to the project, Mathers is showing 144 photos of locals at work at the Royal Nebeker Art Gallery at Clatsop Community College now through Nov. 27 with a reception from 6-8 p.m. Thursday, Nov. 7.

The show shines a light on the unsung workers and industries in Astoria. The work spaces Mathers focuses on are as disparate as a hand crafted light designer, bakers, marijuana growers and a winery owner.

“There are so many remarkable individuals here who are doing things that people don’t know about,” Mathers said. “This is an extremely unique town for the colorful characters and for the diversity of professions.”

“People who work with their bodies are grounded, they look like they belong there, they were comfortable standing. White collar workers didn’t have that same groundedness,” Mathers said.

In a previous project called “Inside Astoria” he went to 150 houses and took photos of people.

Mathers’ projects have taken him to many heights. He even climbed atop the Astoria bridge with city workers for a previous project on city workers.

Mathers said he’d ideally like to be a fly on the wall when takes pictures.

When he would take pictures of people for this project, he would consider what the composition is going to be and walk around the people while he’s "painting his picture" visually.

Memorable characters include Paul Van der Veldt at Shallon Winery, a 93-year-old ex-Harley Davidson biker and trompe l’oeil painter, a man who lives in the middle of the forest five miles off a dirt road in a completely solar powered house and A.F. Dick Manufacturing, the largest machine shop west of the Mississippi in Knappa, which makes doors for the Hoover Dam and airports.

“You hear peoples’ life stories in 10 minutes,” he said.

Many times, he’d come home from a shoot and sit down with his wife, Petra, and make an audio recording of the stories he heard. Petra is also his editor and helped him select images for the show.

She is a children’s book author and illustrator and has done 44 books which been published in four languages including her most well-known to coastal residents, “Lottie’s New Beach Towel.” Petra is a four-time winner of the annual New York Times prize for Best Illustrated Children’s Book.

Mathers and his wife moved to Astoria from Portland over 25 years ago.

He was born in Washington D.C. in 1945 and grew up in New York City. He attended Harvard University, where his love for photography began during his final year of school.

“My last year at Harvard, I took a photography class and I basically stopped going to school and I just took pictures,” he said.

All through college he “road the rails” — riding trains across the country with hitchhikers and hobos. His first photo book, “Riding the Rails,” documented this.

This project helped him get into the photo class, which was overbooked.

Mathers realized then what photography could give him.

“The only other profession that gives you the scope of the human condition are doctors,” he said. “I realized if I was a photographer I could meet all kinds of people and I was curious.”

His first camera was a 4x5 box camera that went on tripod and you had to put a hood over your head to take photos of people.

Mathers was able to stay at Harvard and teach a photo class. Over the course of his career, he has published eight books of photography focusing on sheepherders, architecture and people he's met. His photos have also appeared in magazines like the New York Times Magazine. After graduating, he spent time photographing the Ethiopian bush as a still photographer.

Many of the industries Mathers has photographed have changed or even disappeared all together.

“I have photographed buildings that come to an end,” Mathers said.

“Astoria has been discovered,” Mathers said.

He’s not certain about the city’s future and feels its become a destination town.

“Logging is gone, fishing is pretty much finished. The quirkiness of Astoria is now in breweries and dope shops,” he said.

He spent four months photographing local veterinarian Russell Hunter, 75, and doesn’t think anyone can replace him.

“The kind of operation he runs and the way he deals with people, no one else is going to replace it,” Mathers said.

Mathers said he’s never had this much fun on a project.

“The books that I’d done I’d have to drive all the way across the country or ride the rails but here it is just so fertile of visuals and it is so open. People are just sort of open. I don’t know how long that will happen,” he said.

Mathers is already at work on his next project: people and their pets.

“It’s not just cats and dogs, it’s snakes and big animals,” he said.

“The only other profession that gives you the scope of the human condition are doctors. I realized if I was a photographer I could meet all kinds of people and I was curious.”