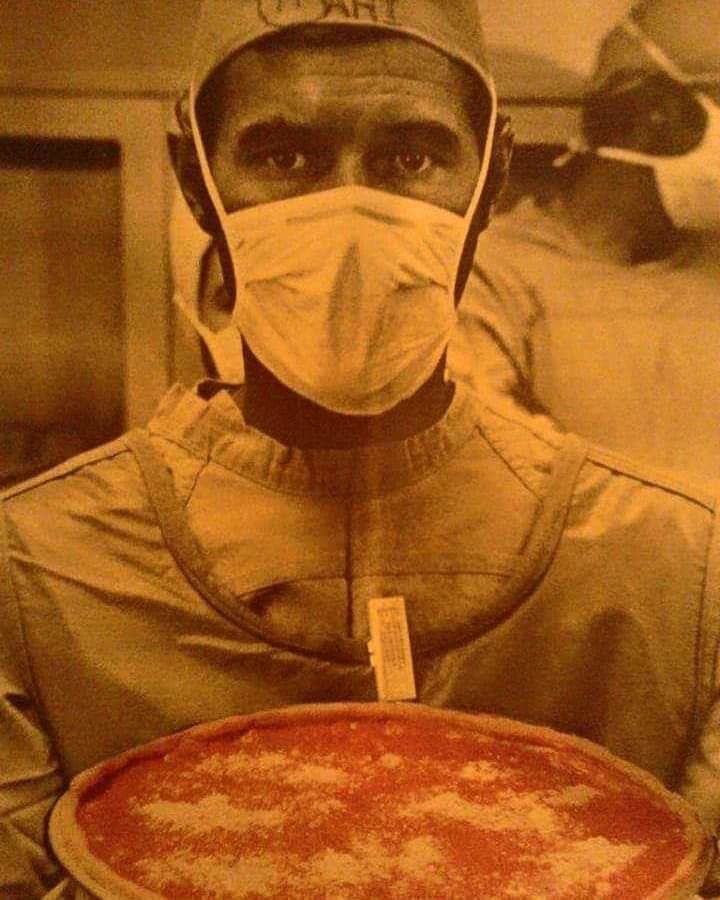 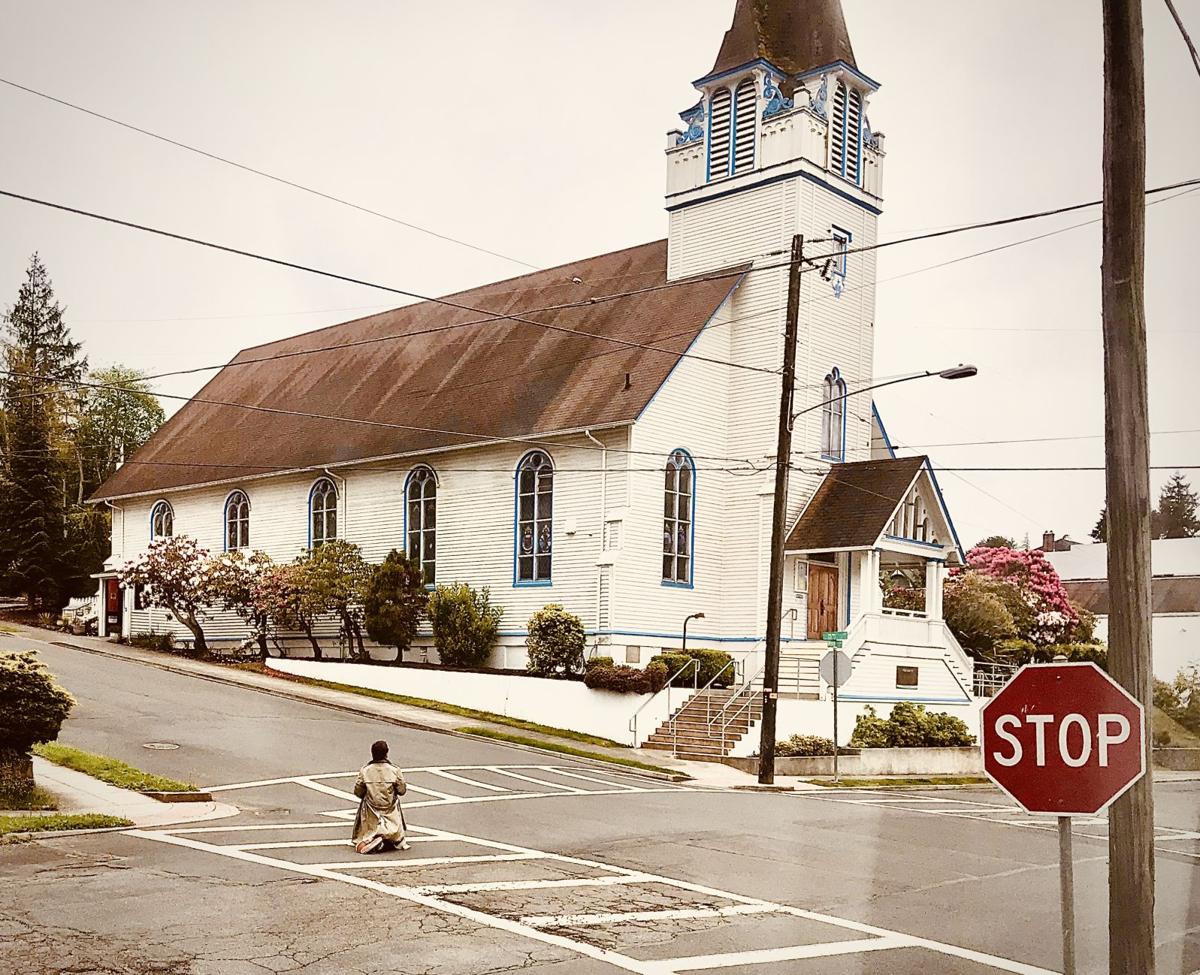 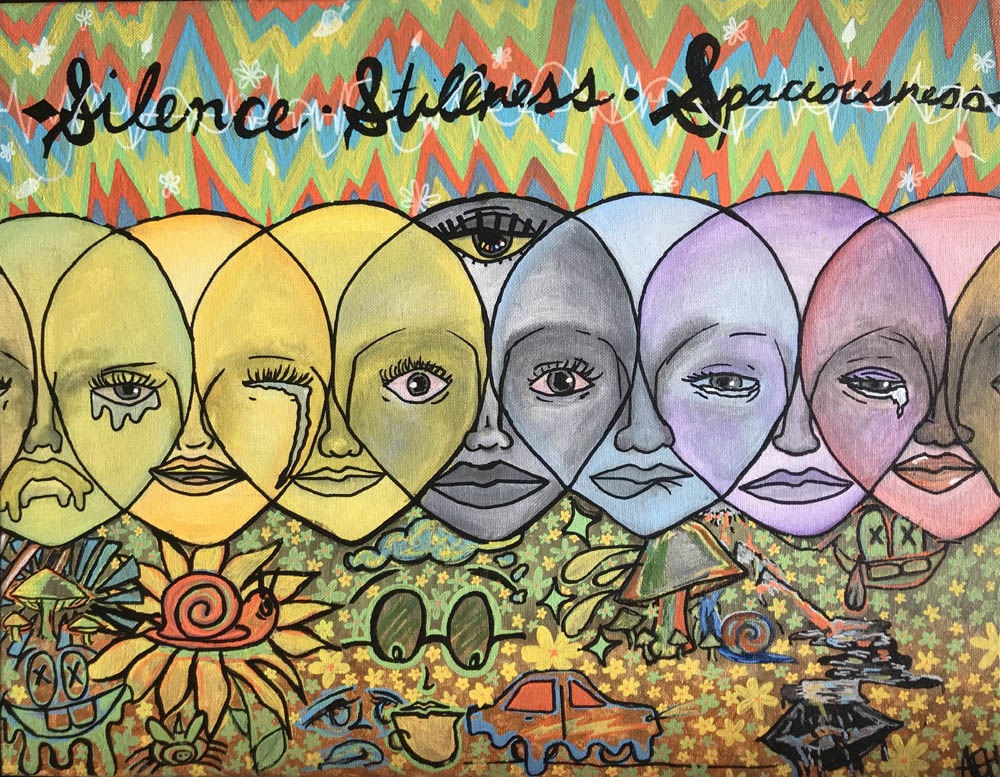 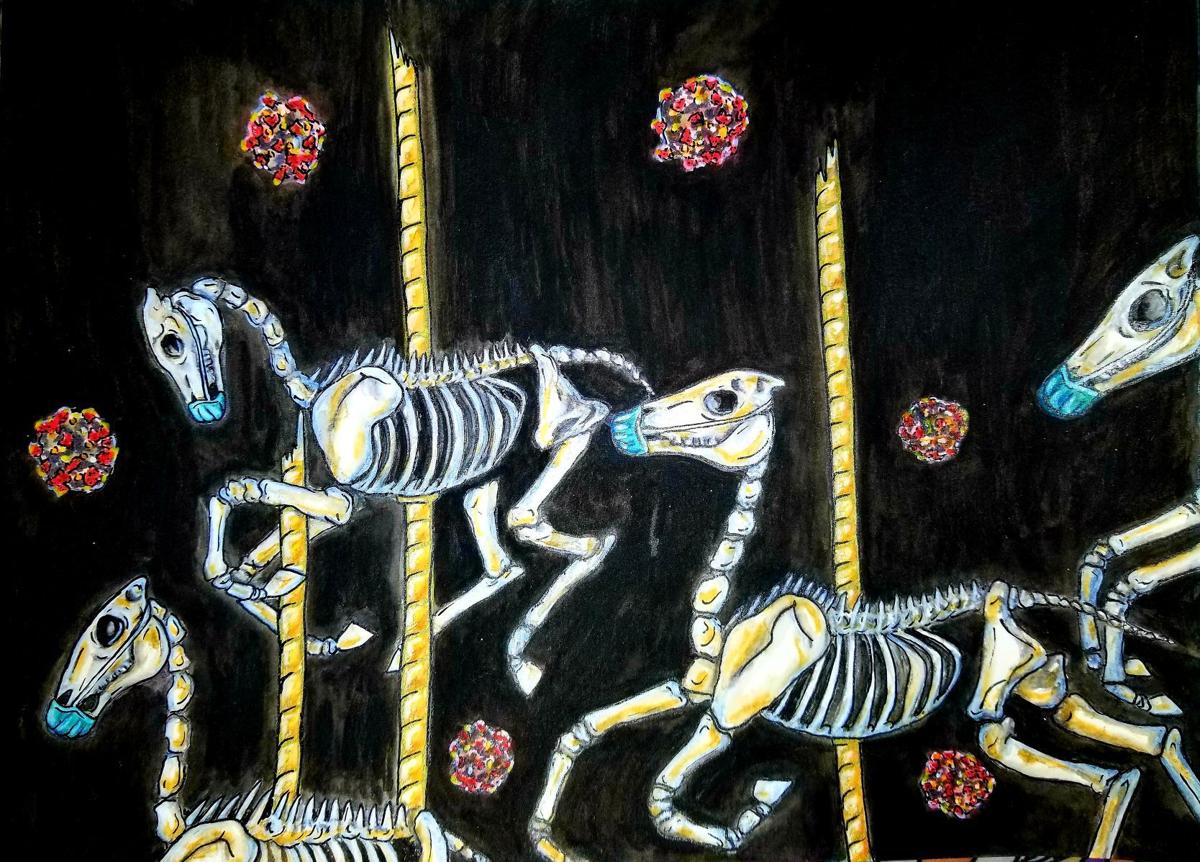 A man kneeling in front of a church. A collage of a doctor wearing a mask and holding a pizza. A merry-go-round of horse skeletons surrounded by coronavirus cells.

These are some of the works in the online gallery “Pandemic: Now it’s personal,” featuring pieces by local artists inspired by their experiences during the coronavirus pandemic.

The gallery, hosted by Astoria Visual Arts, is on display through the organization’s website and social media accounts through July 5.

“There’s this universal feeling right now, and the artists provide an outlook,” Eskelin said of the artists’ ability to show the collective and individual experience of a pandemic.

Eskelin is impressed by the variation of the collection. The call for art appealed to a broad base, from high school graduates to retirees. She said she hadn’t seen many of the chosen artists before.

The idea for a virtual gallery was less of an opportunity for people to create art and more of a place to share it, Eskelin said. Plenty of pandemic-inspired art was already being created ahead of the exhibit, in turn creating a place to consolidate and display it.

Heather Hirschi, Anya Hamilton, Erika Olsen and Sid Deluca are among the many artists featured.

Hirschi, an Astoria resident, created “Medusa in Quarantine,” a colored pencil and watercolor painting of Medusa with a collaged frame. She uses Medusa as a totem to symbolize the isolation of quarantine and the invisibility of the virus.

Deflated snakes surrounding the Greek goddess’ head amplify “the idea that we have this unknown threat, a threat without a face. When you’re in isolation, there’s nobody coming at you,” Hirschi said.

Hamilton’s piece, “Mental Health Mantra,” expresses a variety of emotions. Faces with teary eyes and anxious mouths are decorated with a scale of color that bleeds from one hue to the next. The top of the canvas reads “silence, stiffness, spaciousness.”

Hamilton, of Clatskanie, uses art to cope with transitioning into adulthood. It has also helped her find composure through a breakup rather than “sulk in lonesome behaviors,” she said.

“I stepped out of my comfort zone without stepping out of the house, and somehow the world hasn’t ended, contrary to what I would’ve believed months ago,” she said.

Other works in the gallery feature portraits, nature and places familiar to those on the North Coast.

Olsen, an Astoria photographer, portrays the feeling of helplessness and sorrow in her image “Desperate Times” of a man kneeling in front of St. Mary, Star of the Sea Catholic Church in Astoria. When she saw the man stop and kneel in the street, the feeling of desperation resonated with her own experience during the pandemic.

“I don’t know his story or who he is, and I don’t know what he was asking for, but I hope he found it,” Olsen said.

Clatskanie artist Pacific Pixie described her piece, “Stay Home,” featuring a merry-go-round of horse skeletons surrounded by coronavirus cells, as “the feeling that anything that could bring joy is illegal and the fun in life is dying in front of us as the virus takes over our lives. Will there ever be a social distance safe carousel?”

Deluca created his juxtaposed collage of a doctor wearing a masking holding a pizza using images from an old Life Magazine. The doctor is from an article on a hospital, the pizza from an advertisement.

Deluca, of Hammond, quoted singer Nina Simone in describing his inspiration for “Delivery”: “It’s an artist’s duty to reflect the times,” he said.