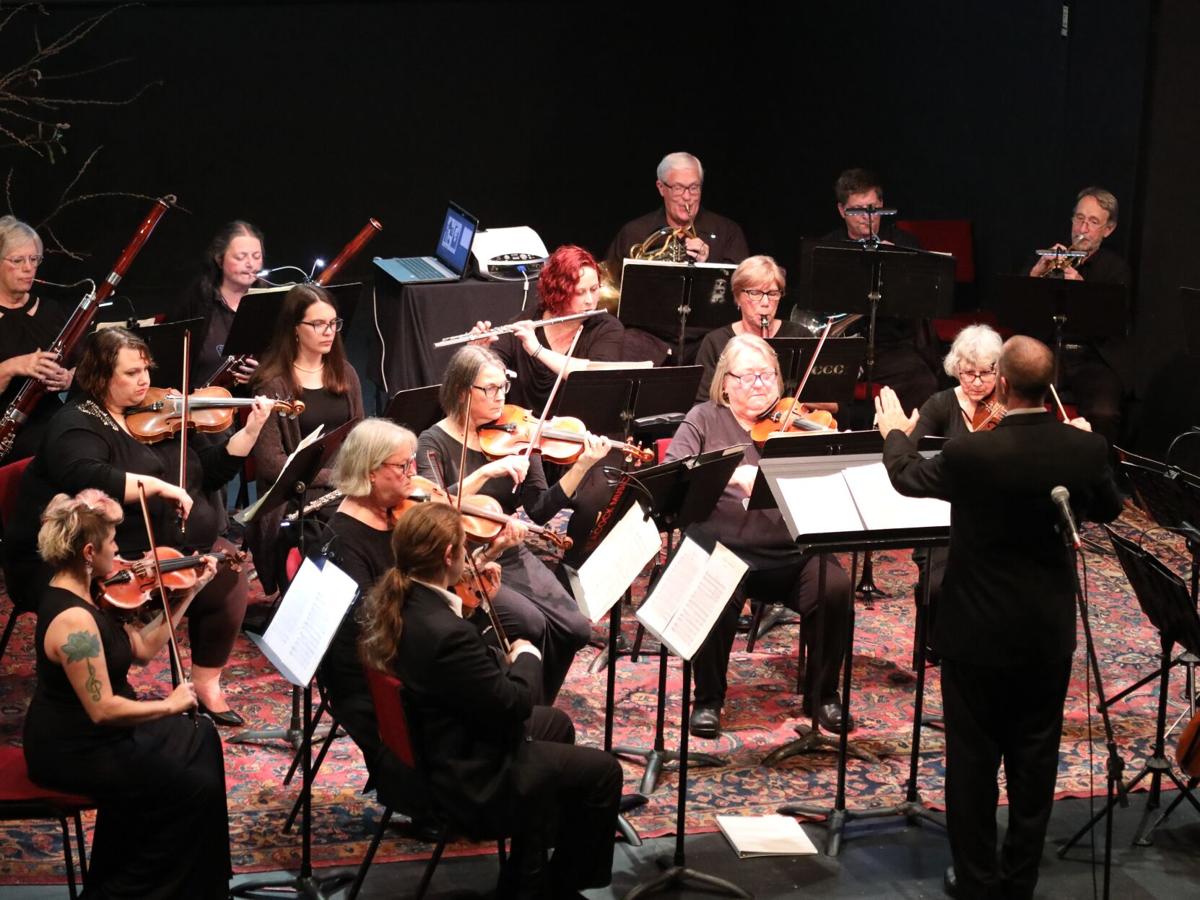 North Coast Chamber Orchestra performs at the Charlene Larsen Center for the Performing Arts in 2018. 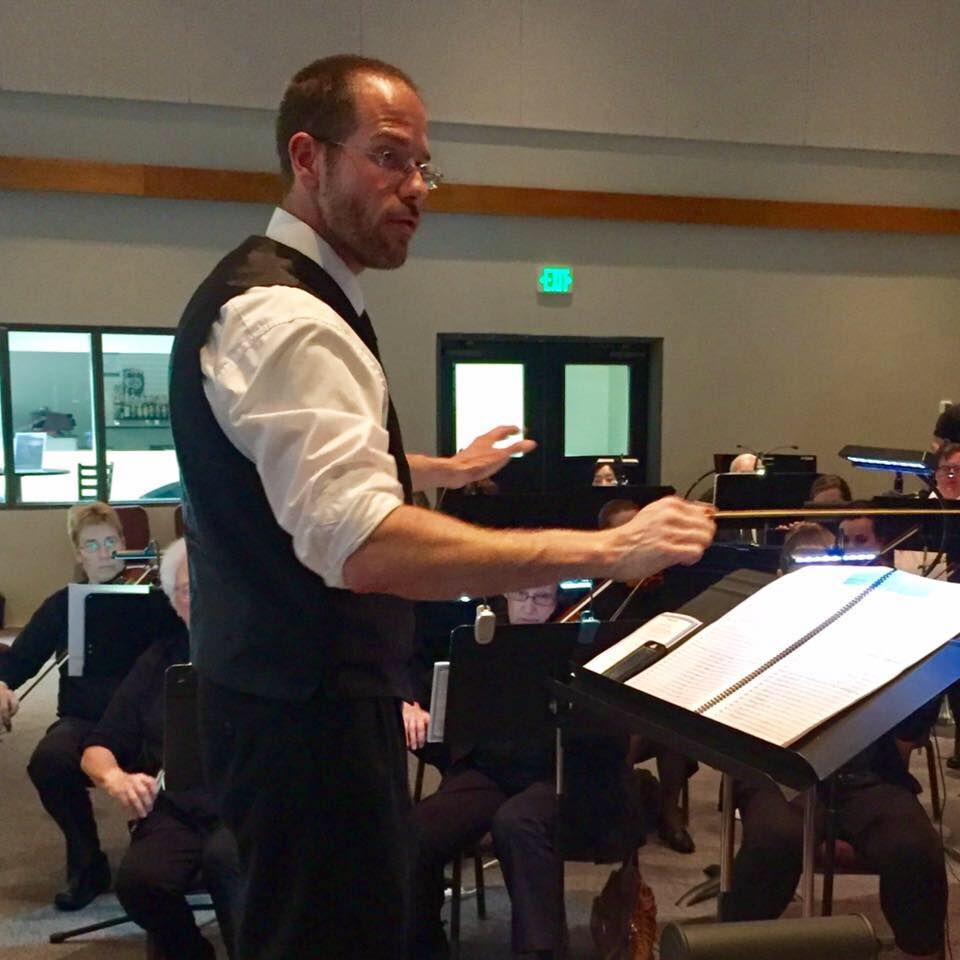 Cory Pederson warms up before a concert in Seaside in spring 2018. 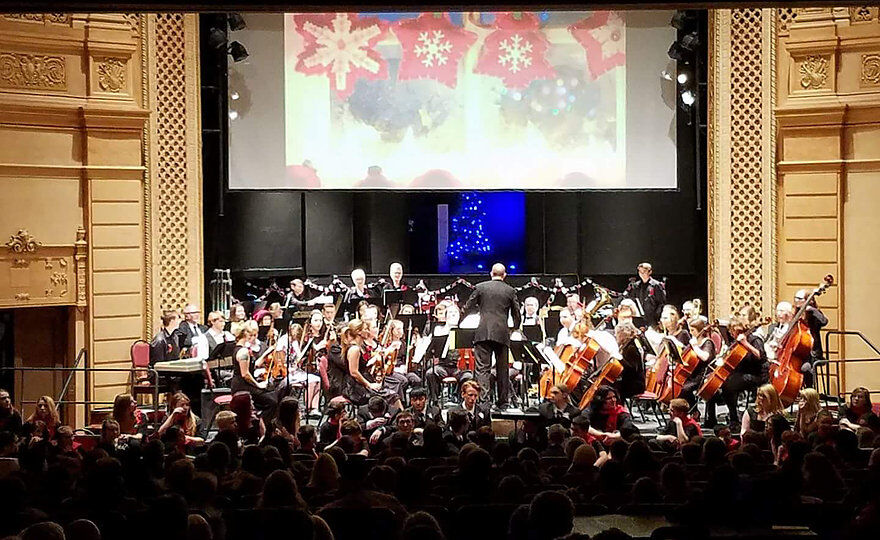 The Columbia River Symphony performing in 2018 at the Liberty Theatre. 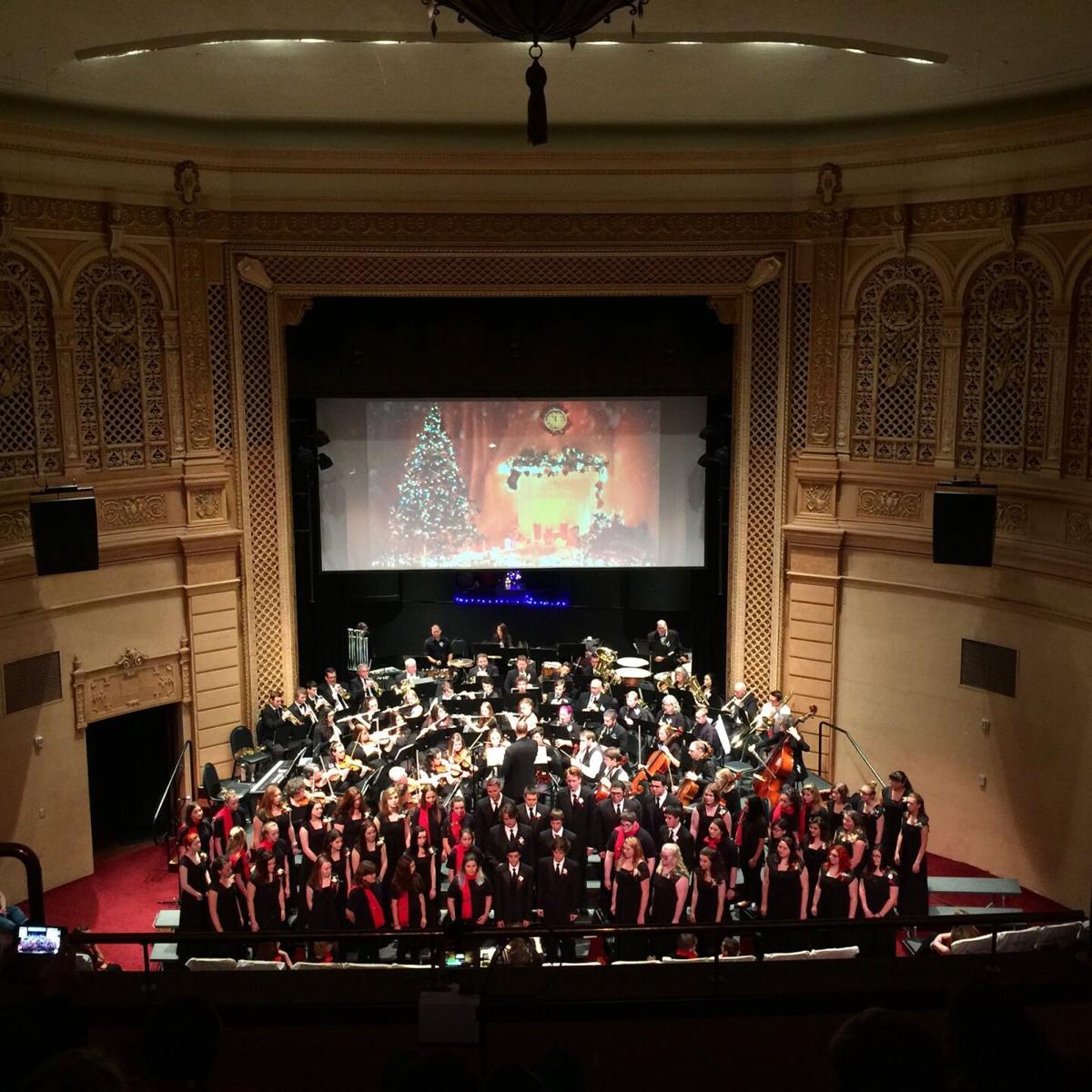 The Columbia River Symphony and choirs from Warrenton High School and Warrenton Middle School perform at the Liberty Theatre in December 2019.

After months without the ability to perform, a local symphony’s virtual holiday concert will be an opportunity to return music to the North Coast just in time to lift spirits during a non-traditional holiday season.

The Columbia River Symphony’s annual holiday concert is usually a sold-out event that attracts an audience to enjoy the winter-themed music.

This year, the holiday concert will be a virtual event instead because of the coronavirus pandemic. The Columbia River Symphony’s holiday concert will include pre-recorded musical performances from 10 local ensembles and musicians, including the Columbia River Symphony, Astoria Tuba Quartet, acoustic guitarist David Drury, North Coast Chorale, North Oregon Coast Symphony and more.

The symphony filmed some socially-distanced pieces, adhering to strict COVID-19 guidelines, in the Liberty Theatre for the concert, which will be a highlight of the hour and a half long show.

With the variety of ensembles performing in this year’s holiday concert, there will be a range of musical genres performed, including choral music, fun tuba jams and classic music favorites.

The onset of the pandemic presented major setbacks for the Columbia River Symphony and the North Oregon Coast Symphony, two of the groups director Cory Pederson conducts.

The groups were in the middle of their spring season when the shutdown began in March. The Columbia River Symphony had even been preparing to perform at the Mount St. Helens Johnston Ridge Observatory.

“That was a big moment for us,” Pederson said. “(But) at that point, we shut down, everything went quiet.”

The symphony had to forgo its spring and summer seasons due to the pandemic. In May, however, Pederson decided to take a different approach to the challenges of maintaining a symphony during COVID-19.

“I thought, we’re not just going to sit here and watch our spring and our summer season go by not doing anything. I said, ‘Let’s put on a holiday concert. We’re not going to go another season without having something,’” Pederson said.

Pederson realized that other local ensembles had a similar lack of outlet for their performances so he decided to turn the holiday concert into a community affair. He invited local music groups to contribute recordings of their holiday music to be included in the concert. The ensembles’ contributions could be either recently-produced music in alignment with COVID-19 guidelines or recordings from groups’ past performances.

Pederson said that music is vital during the pandemic because it brings a sense of warmth, comfort and connection for musicians and listeners alike. The inability to play music together in-person has been difficult for Pederson’s musicians, he said.

“I often tell my musicians, ‘When you’re playing, someone somewhere on our planet, wherever they’re watching, will be looking directly at you. You’ll be inspiring someone and not even have a clue that that’s going on,’” Pederson said. “So I think that’s music. It’s just an inspiration, a source of connectedness.”

The beginning of a coastal symphony

Pederson co-founded the Columbia River Symphony with his wife, Angela Calvin-Pederson, in 2008. After the couple moved to Warrenton and found jobs teaching music in local schools, Calvin-Pederson noticed that her orchestra students lacked extracurricular opportunities to play music. She suggested to Pederson that they start a local youth symphony, Pederson said.

When the musical couple started the symphony, it only had nine youth members. At their first concert, for which they performed simple tunes such as “Turkey In The Straw,” Pederson recollected having an audience of only four.

But the low initial numbers didn’t dissuade the Pedersons from moving forward with their new youth symphony. In fact, adult community members began to express interest in joining the symphony alongside the youth players.

“We started to realize that there was a need for community members who maybe weren’t at the most prestigious level that some of the other ensembles are looking for,” Pederson said. “There was a need for people (to become involved in music) without having the pressure to play so perfectly.”

Today, the symphony includes 60 musicians ranging from talented middle schoolers all the way up to performers over 80 years old. The symphony’s all-skill level inclusive nature has attracted members who come all the way from Portland, parts of Washington state and Pacific City.

“One of the biggest points (of the symphony) is that everyone needs to feel safe and welcome,” Pederson said. “It’s such a positive vibe compared to a lot of the ensembles I’ve done in my life.”

Keeping sights set on the finale

Despite not being able to hold in-person concerts, Pederson said he chooses to view the challenges that COVID-19 has presented as a glass half-full.

He and the symphony’s board have learned more about how to use technology and the virtual sphere for the symphony. Pederson said that the gains they have made on social media and YouTube will not go away after the pandemic ends. Instead, they will be crucial to improving the symphony’s community outreach going forward.

Pederson also hopes to continue establishing collaborations with local organizations. He said that most recently the symphony has been discussing a potential collaboration with the Columbia River Maritime Museum.

Most of all, Pederson hopes to engage as many people as possible with the symphony’s music.

“The ultimate goal is get as many people involved, whether it’s helping out or playing,” Pederson said.

“This virtual concert will be a good way to get people listening and tuning in,” Pederson said.