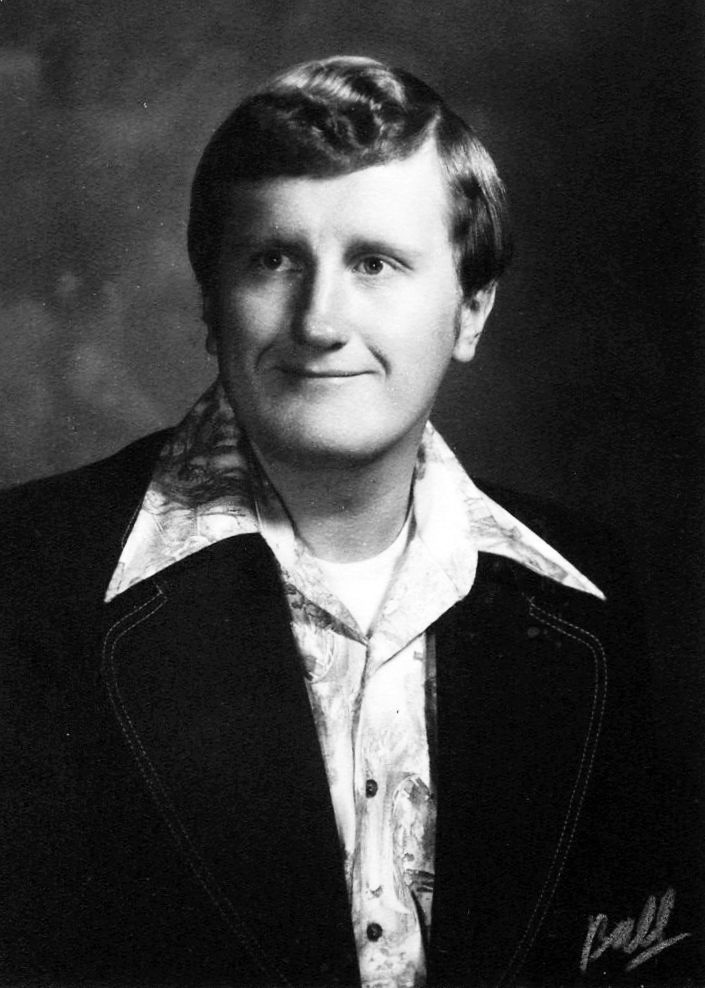 The photo of Neil Hummasti, taken in the 1970s, featured in the back of his books. 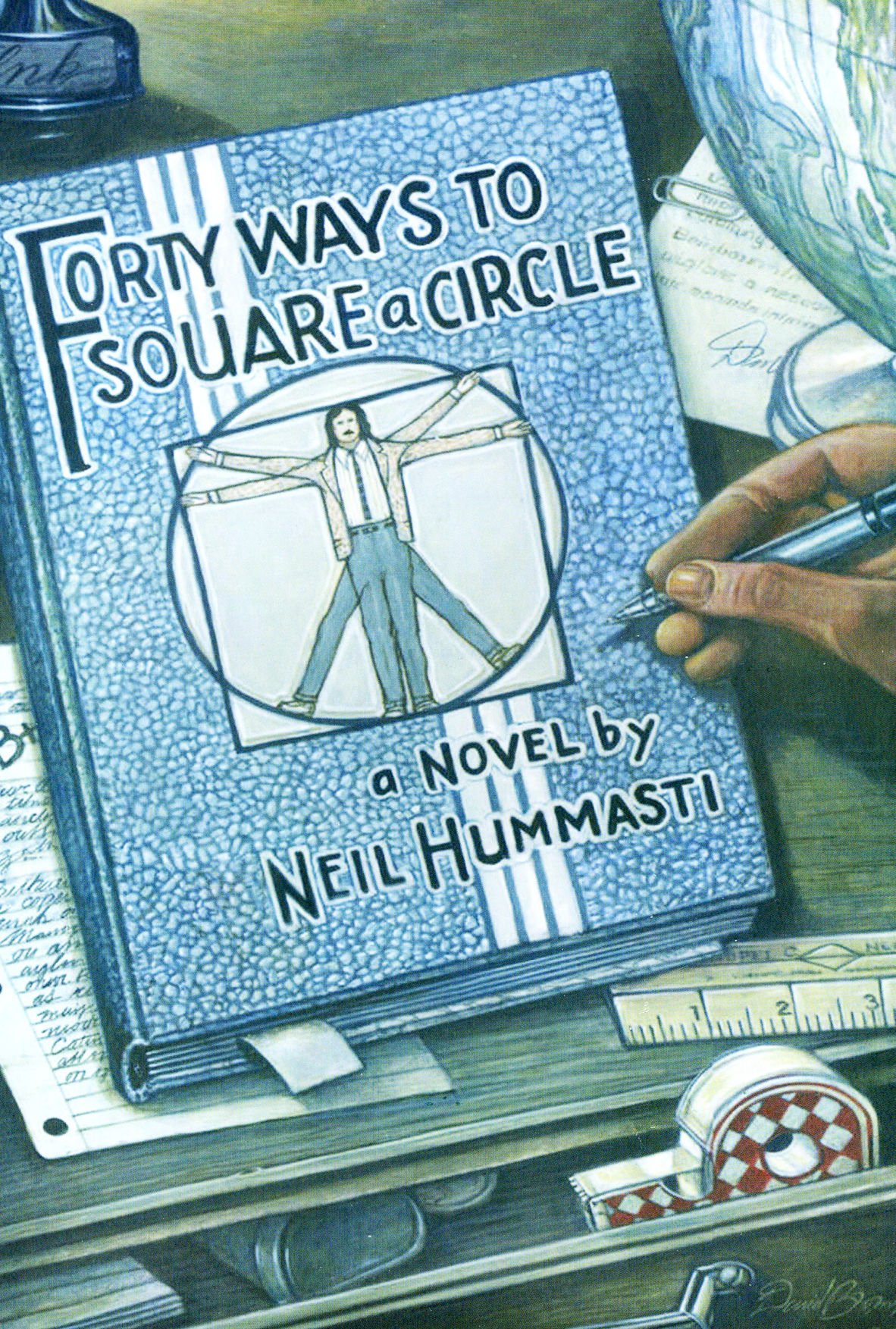 The cover art of Neil Hummasti’s ‘Forty Ways to Square a Circle,’ drawn by Dave McMacken. 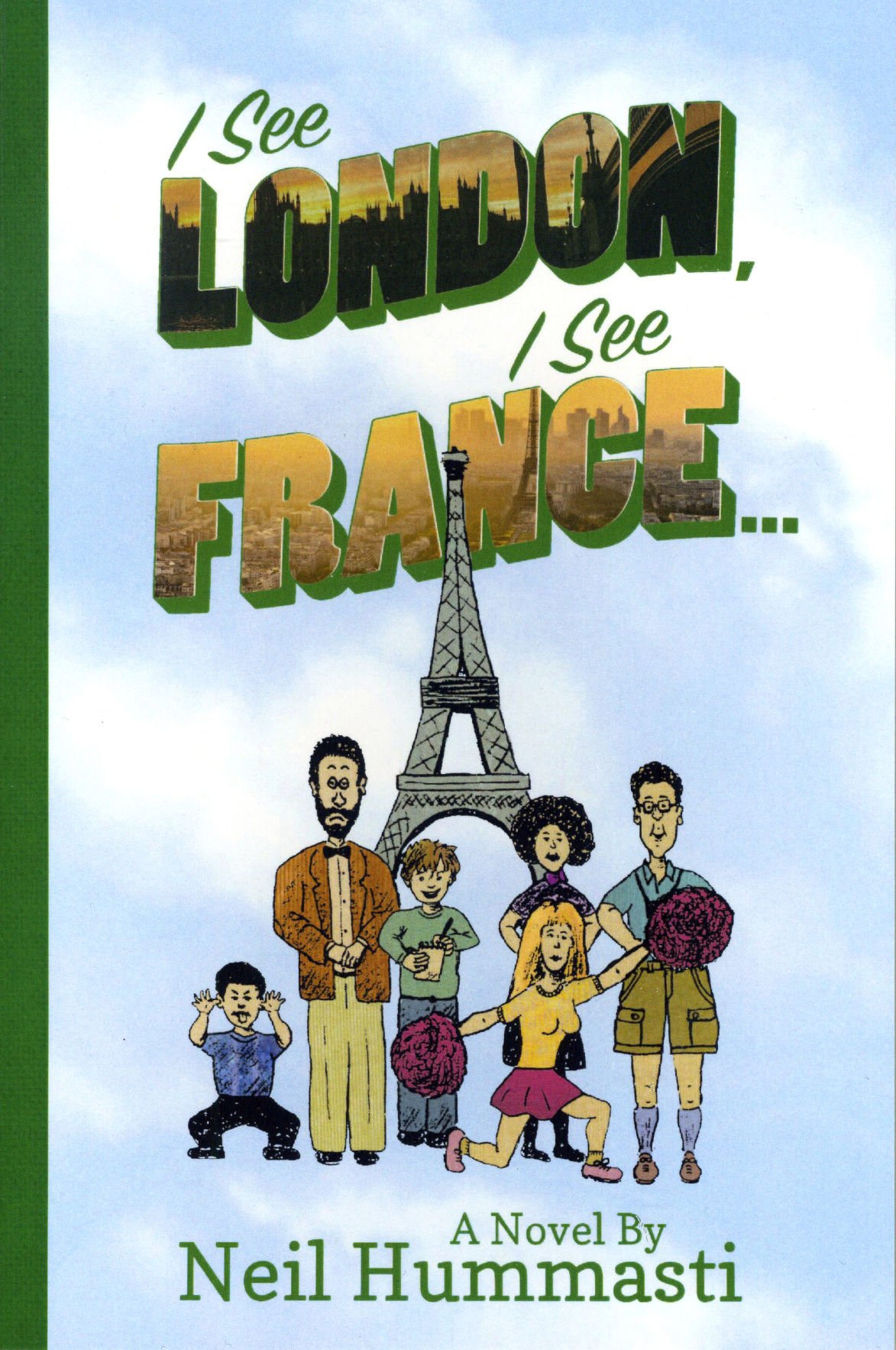 The cover of ‘I See London, I See France...,’ a comic novel by Neil Hummasti. 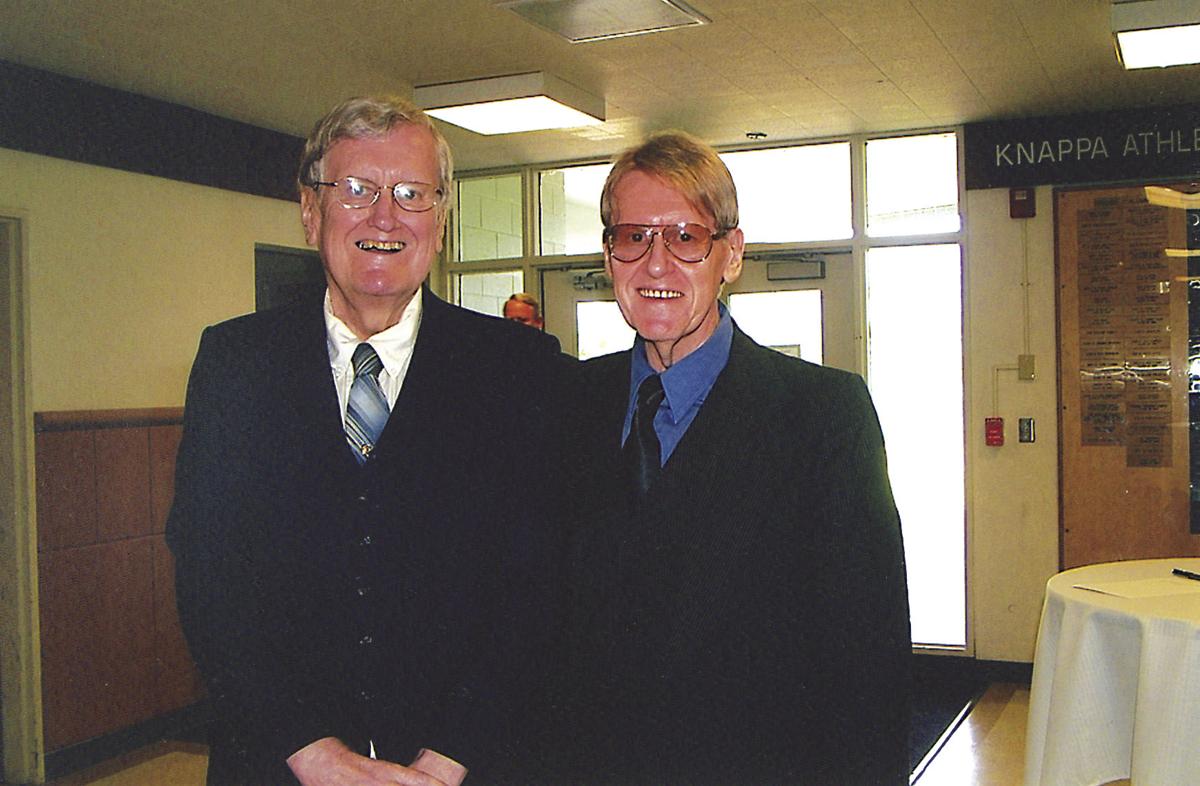 A photo of Neil Hummasti, left, and his older brother, Arnie, taken shortly before Neil’s death. 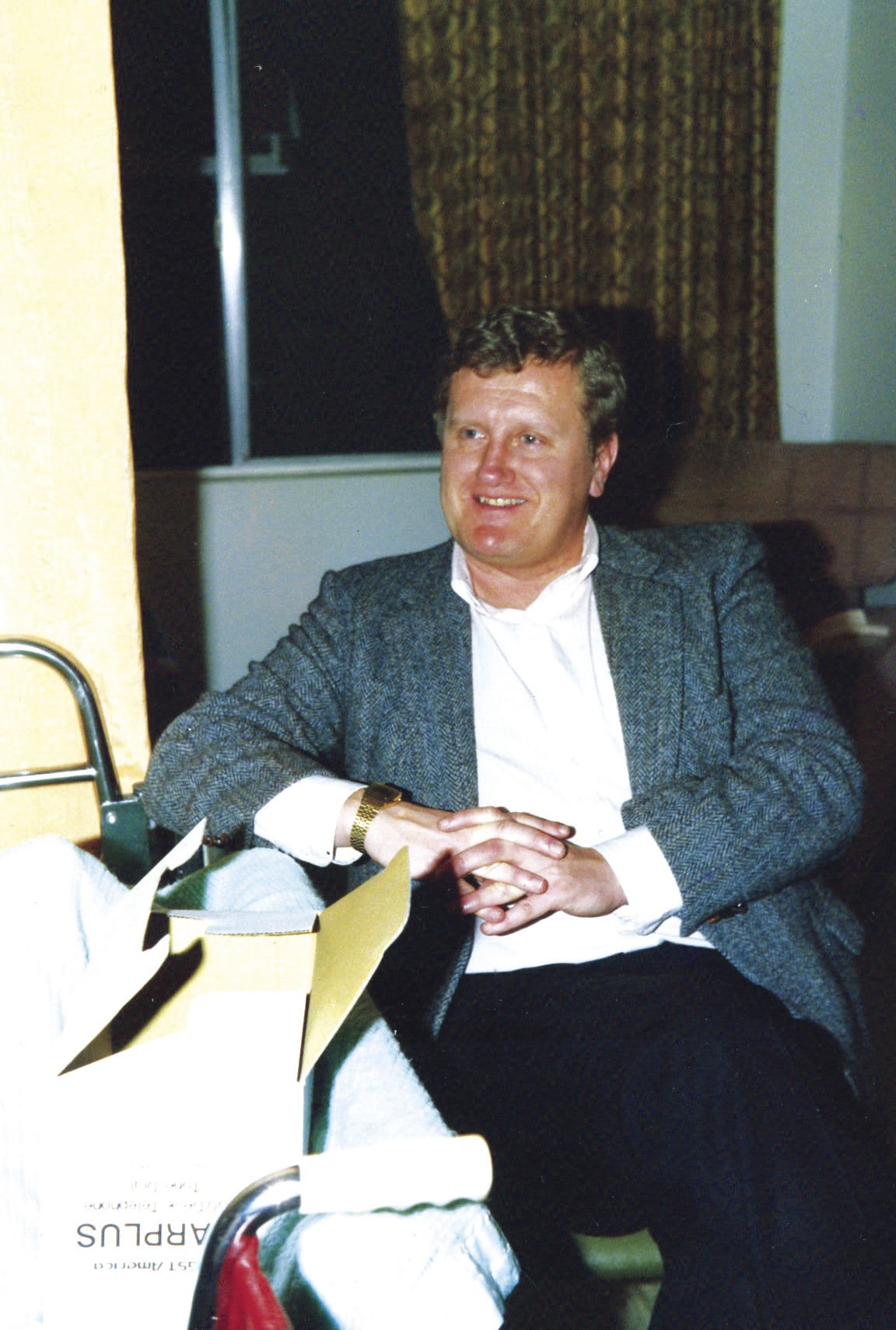 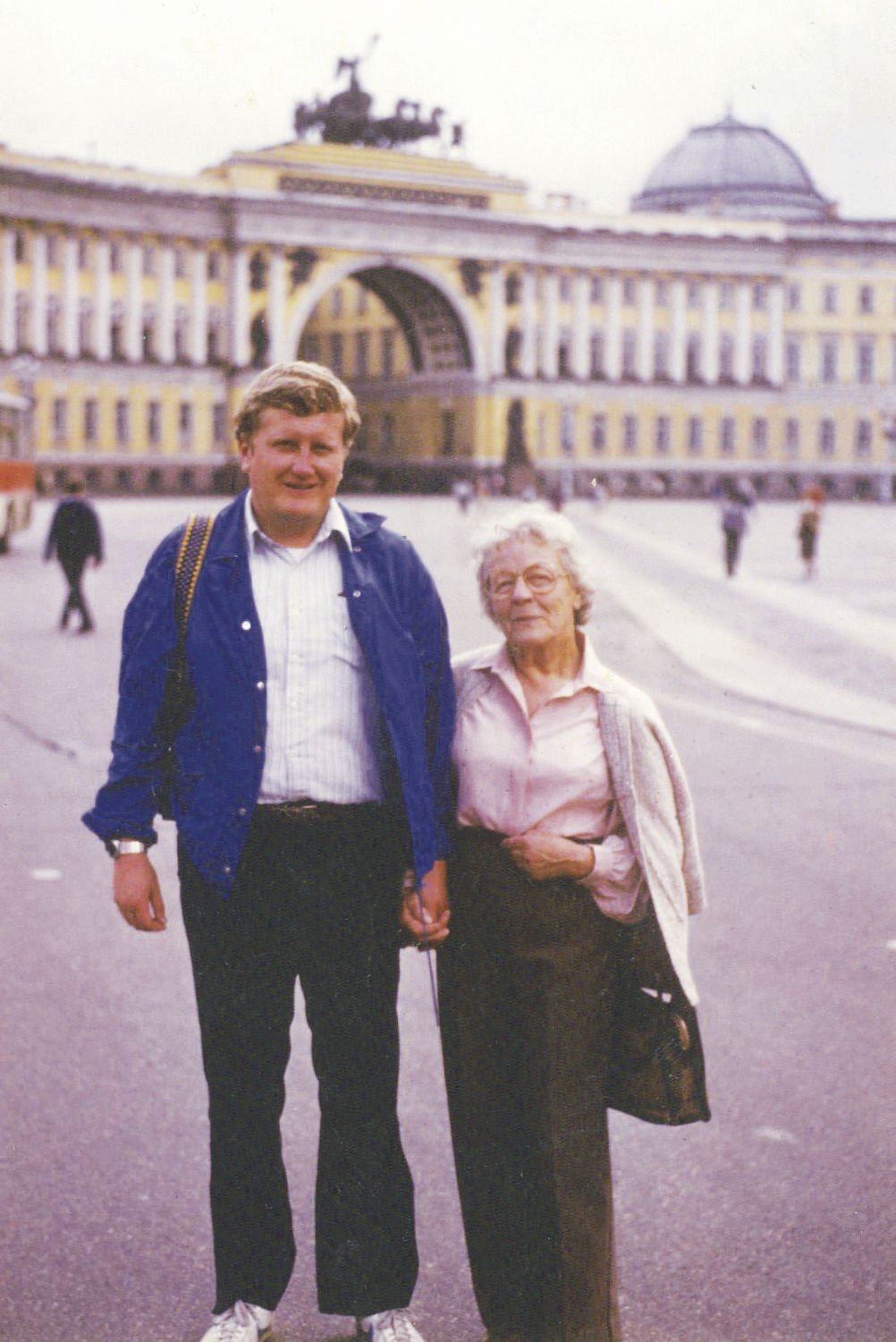 Neil Hummast in Leningrad (now Saint Petersburg) with his aunt, Helmi Peterson, upon whom the character of Dilly in Hummasti’s novel ‘Forty Ways to Square a Circle’ is based. 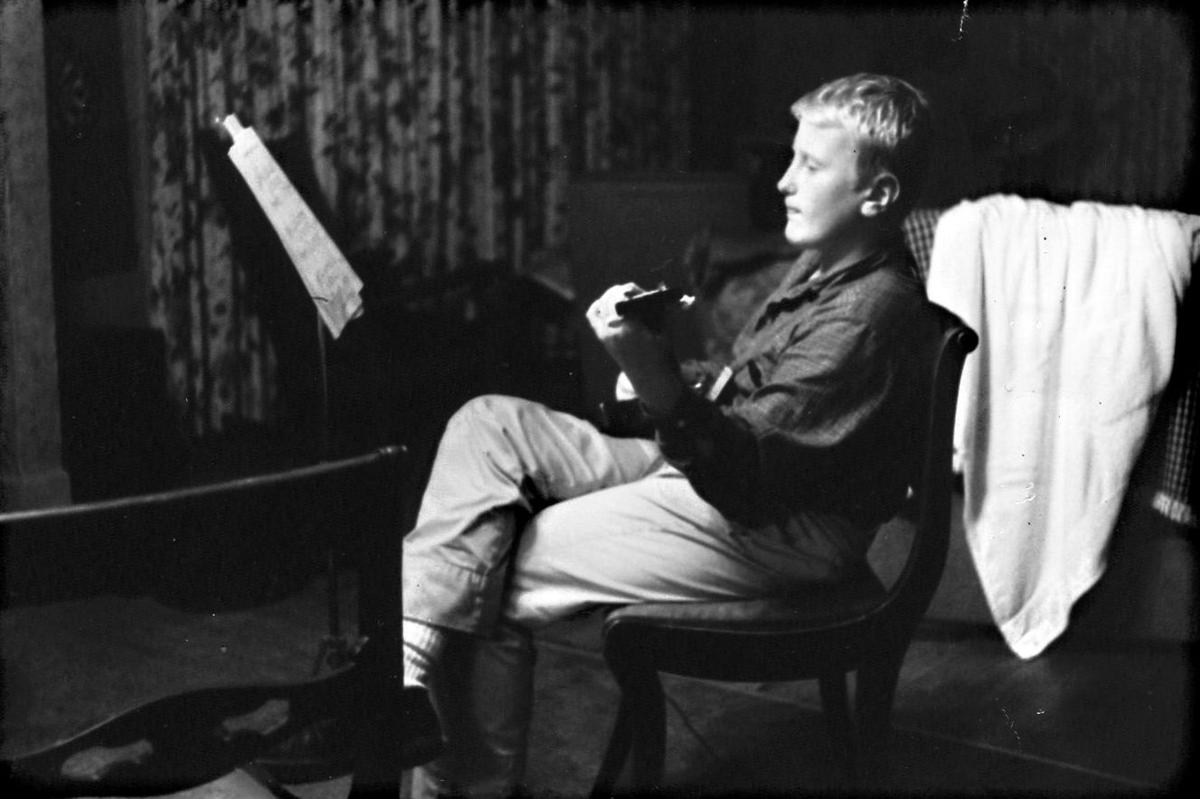 A young Neil Hummasti plays the guitar, much like the protagonist of his novel ‘Forty Ways to Square a Circle.’ 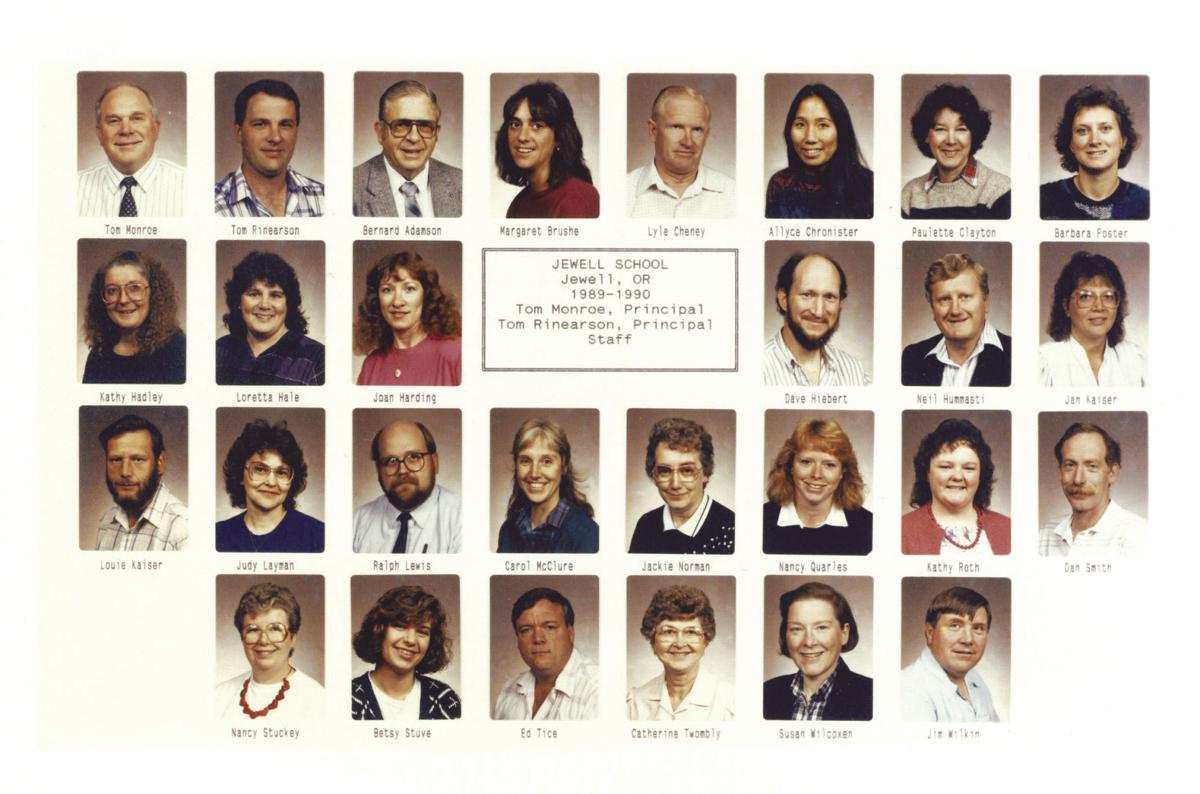 The photo of Neil Hummasti, taken in the 1970s, featured in the back of his books.

The cover art of Neil Hummasti’s ‘Forty Ways to Square a Circle,’ drawn by Dave McMacken.

The cover of ‘I See London, I See France...,’ a comic novel by Neil Hummasti.

A photo of Neil Hummasti, left, and his older brother, Arnie, taken shortly before Neil’s death.

Neil Hummast in Leningrad (now Saint Petersburg) with his aunt, Helmi Peterson, upon whom the character of Dilly in Hummasti’s novel ‘Forty Ways to Square a Circle’ is based.

A young Neil Hummasti plays the guitar, much like the protagonist of his novel ‘Forty Ways to Square a Circle.’

Neil Hummasti, a popular language arts teacher in North Coast schools, died of pancreatic cancer in 2011. He taught in the Warrenton and Jewell School districts, and substituted in Astoria and throughout Clatsop County. For years, he coached boy’s baseball.

He was also a prolific Northwest writer who left behind three unpublished novels and two full-length nonfiction books — a trove that fell into the hands of his last living sibling, Arnie Hummasti. (Their older brother, George Hummasti, also died of pancreatic cancer a year before Neil’s passing.)

Neil never let his friends and family know what he wanted to happen with his writings after his death.

“I sat on the thought of what to do with them for a number of years,” Arnie said. Aware it would be daunting to break into the publishing field, he decided to publish his brother’s works himself.

The first novel, “I See London, I See France…” is about a boy genius whose family gets embroiled in a smuggling caper while hopping around Europe. That book, Arnie said, nearly got the green light, but a would-be publisher apparently discovered that a rival company was releasing a similar book and decided to pull out.

The second novel, “Forty Ways to Square a Circle,” is the tale of a language arts teacher looking after an aunt in the throes of dementia. Meanwhile, the protagonist reckons with the coming of computers and internet technology to a school system that is simultaneously undercutting the humanities. It is set in the mid-1990s in Coboway, a fictional Oregon town modeled on Astoria. (See the Bookmonger’s review on page 19.)

The Aunt Dilly character in “Forty Ways” is based on the Hummastis’ own aunt, Helmi Peterson, whom Neil cared for during her decline. Arnie, who lived in Bellingham, Wash., at the time, occasionally drove south to help his brother.

“I can tell you that the representation of the aunt is very accurate,” Arnie said, adding that many of the novel’s lines are directly from his aunt’s mouth, and many incidents are based on Neil’s experiences as a caregiver. “If you have a relative with dementia, or you know someone who is, I think there would be many moments of recognition in this book.”

Arnie’s brother had a knack for capturing the improbable-seeming reality of, say, precocious children and the politics of secondary education. A lover of literature and baseball, Neil was a scholar, wordsmith and Renaissance man who would seize on a subject or project and be unable let it go, Arnie said.

“Once he got involved in something, he went in wholeheartedly, then that became almost an obsession,” Arnie said. “He just went full force into whatever he decided to look into.”

Laura Clark, a Jewell resident who was one Neil’s students in the 1980s and ’90s, isn’t at all surprised her teacher wrote novels in his spare time. “Other than teaching, I’m pretty sure that was his main thing,” she said.

Susan Wilcoxen, a colleague of Neil’s who taught English at Jewell before and after him, remembers Hummasti as a good writer, but not one who talked about it often. Over the years, Neil published short stories and other works in various magazines and literary reviews.

As a teacher, Neil introduced students to Shakespeare, Hemingway and Dickens, and guided students to find their voice in his creative writing classes.

“He was a favorite of ours,” Clark said. “A group of us usually took an elective in his class because it was so fun.”

Neil would take his students on annual overnight field trips to Ashland to catch a few plays at the Oregon Shakespeare Festival.

“Everything we could take from him, we did, if we had a chance to take it,” Clark said.

When he needed to be, Neil was a strict disciplinarian, but one who wanted all of his students to succeed. “We had a couple knuckleheads in our class, and he was able to keep them in line, so to speak, without being mean,” Clark said. “He was just a very kind man.”

Neil Hummasti died at age 61 and is buried in Svensen Pioneer Cemetery, from which Arnie’s press takes its name. Now, nearly eight years after his death, this undiscovered author is earning some measure of local literary recognition.

“I just think he was a talent, and I just think that his writing deserves broader exposure,” Arnie said. “He just really didn’t have a chance before he died to promote (his books), or even get them published.”

“I See London, I See France…” and “Forty Ways to Square a Circle” are available in Astoria at Lucy’s Books, Godfather’s Books, Finn Ware and RiverSea Gallery, as well as at bookstores in Seaside, Cannon Beach and Manzanita. The Astoria Library also has copies in circulation. For more information, visit neilhummasti.com.

What an extraordinary story behind the story. Arnie is an amazing brother to ensure that these books would see the light of day and that we could all enjoy them.