You are the owner of this article.
Edit Article Add New Article
You have permission to edit this article.
Edit
Our Publications
Home
Area Guide
Arts
Coastal Life
Dining
Outdoors
Road Trip
Scratchpad
Send us your news
e-Edition
Email Alerts
Share This
1 of 8 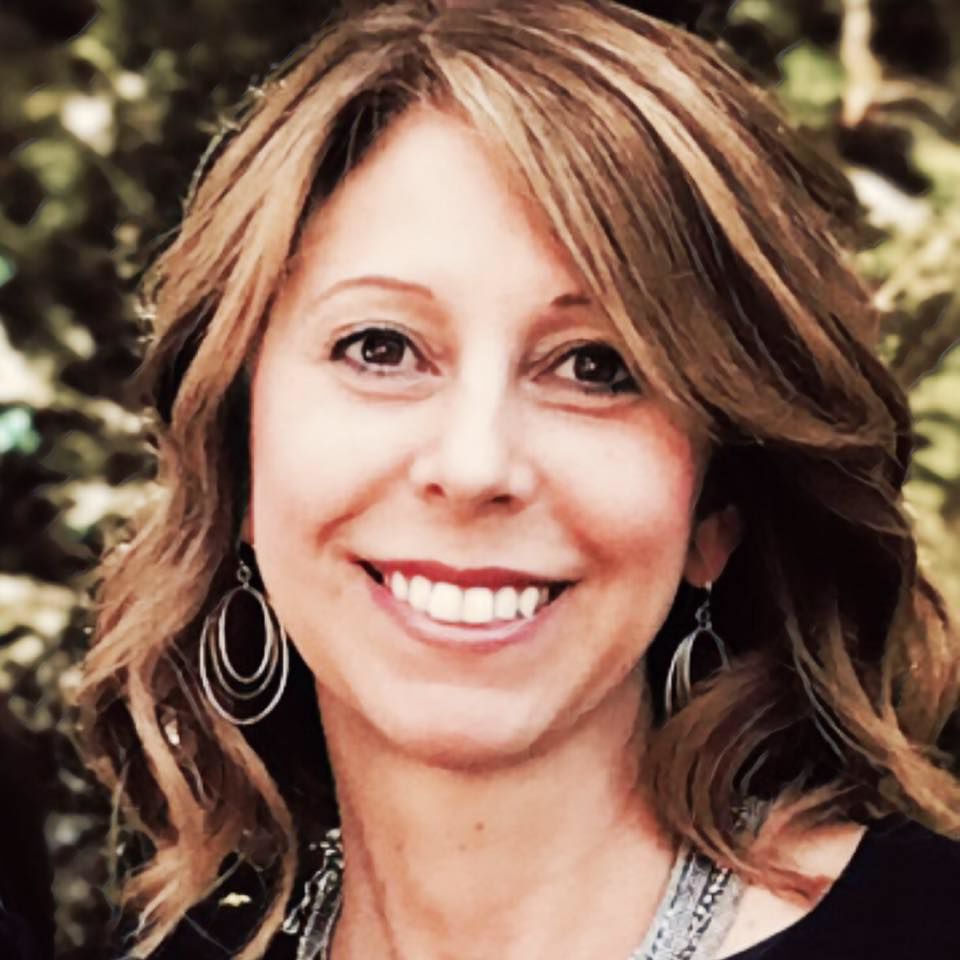 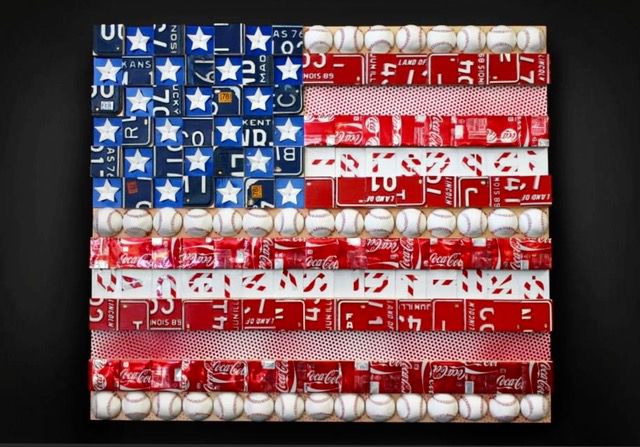 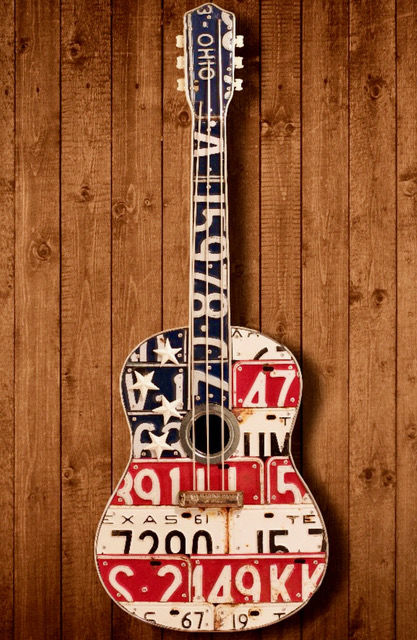 One of Carol Braden’s repurposed guitars. 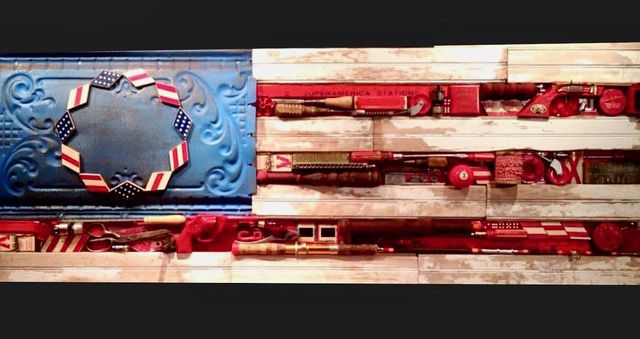 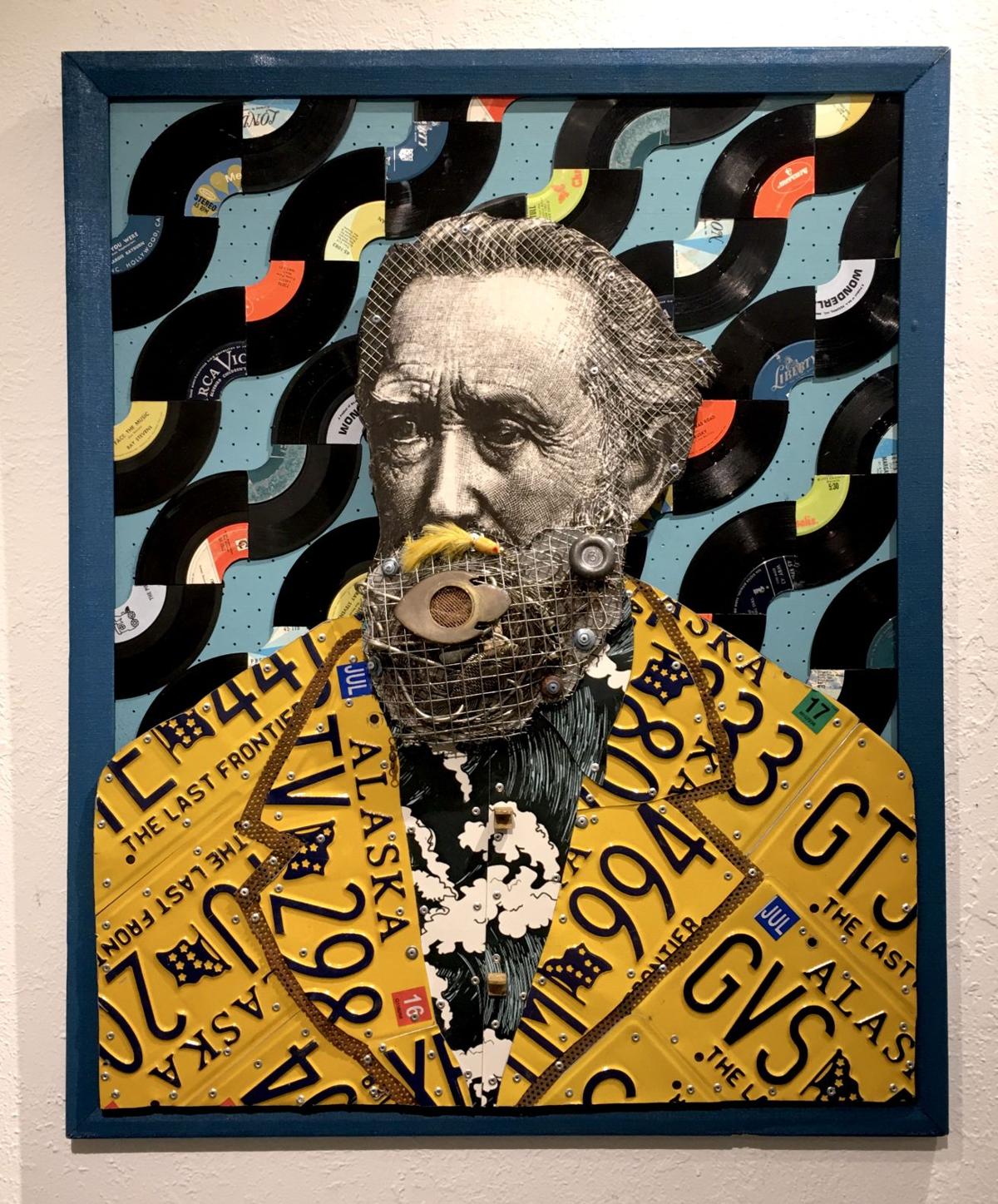 One of the pieces featured in the exhibit. 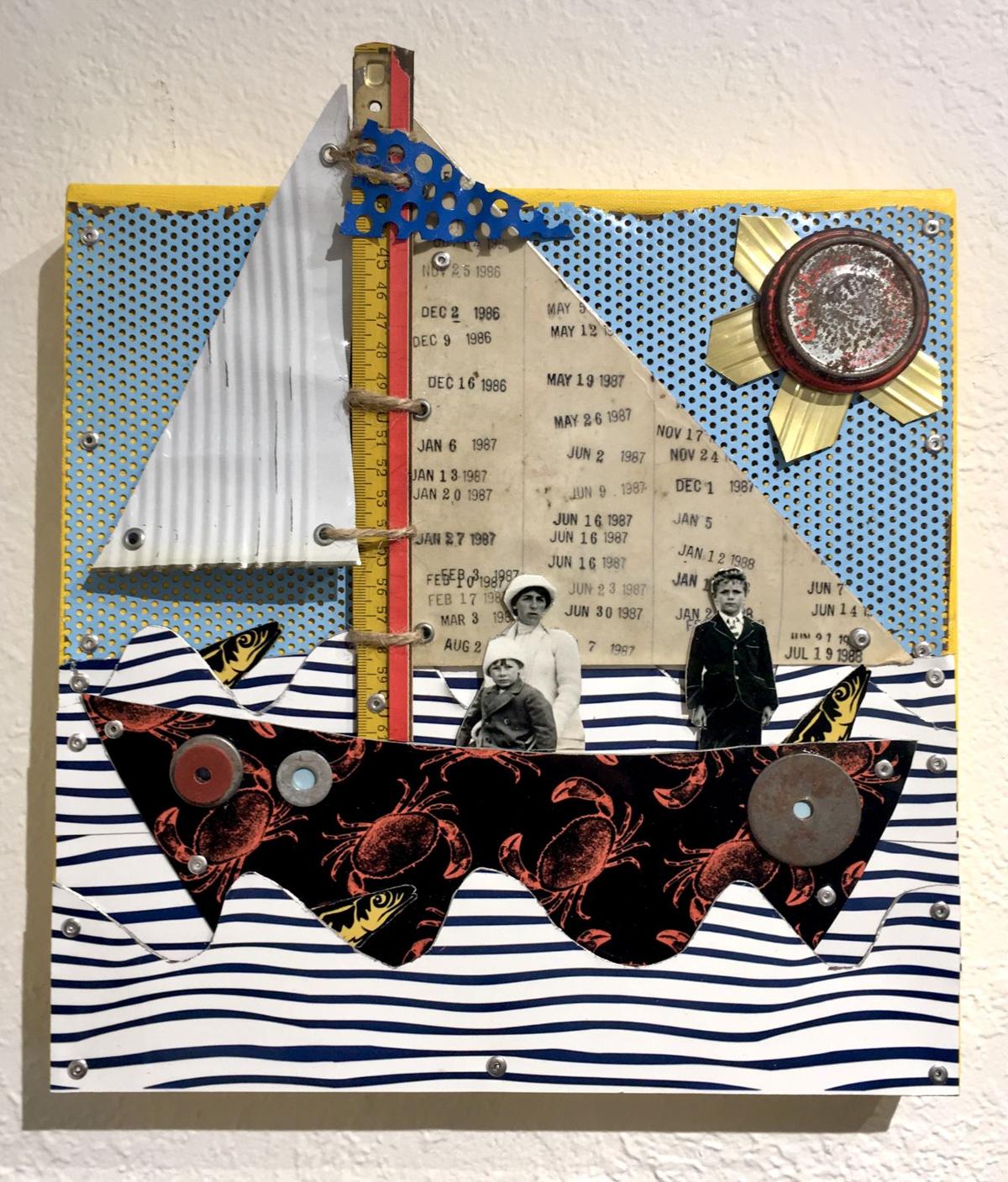 One of Braden’s pieces, featuring people on a ship. 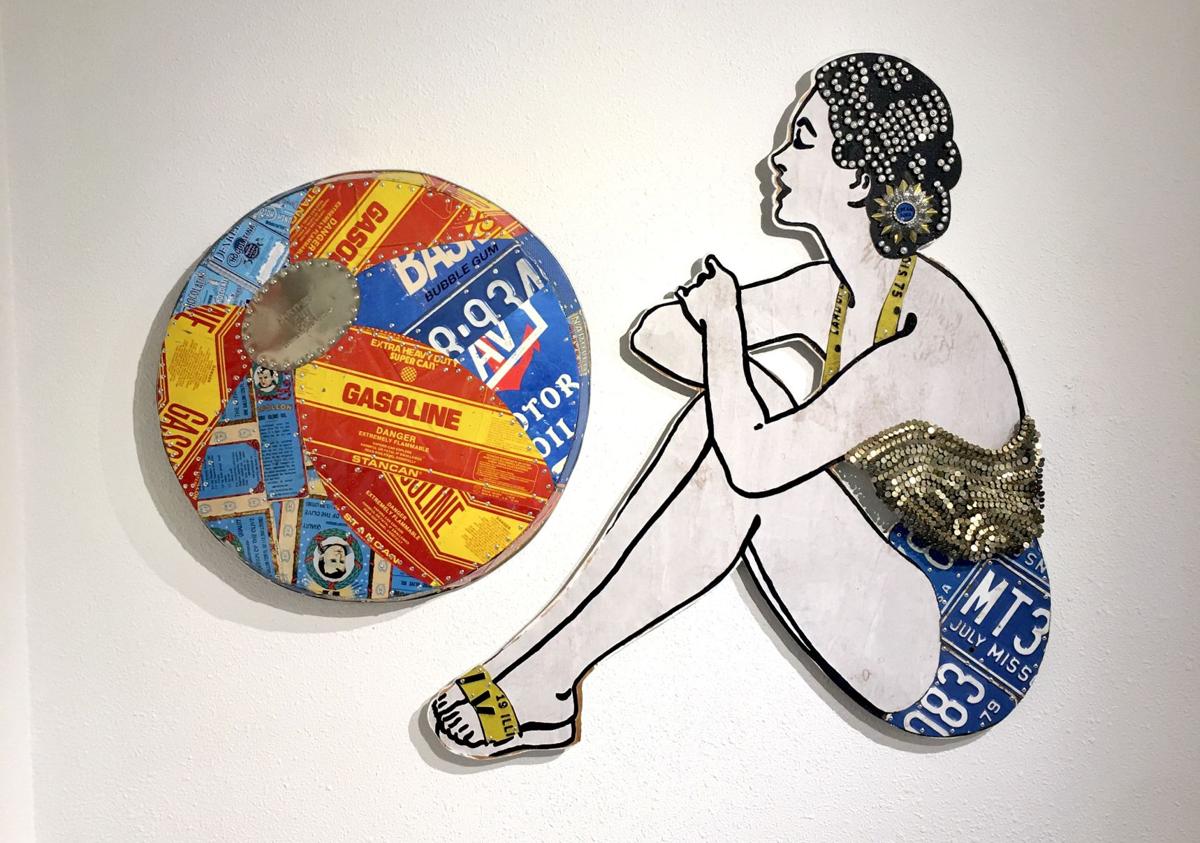 One of the pieces featured in Braden’s exhibit.

One of Braden’s guitars, featured in the Trail’s End exhibit.

One of Carol Braden’s repurposed guitars.

One of the pieces featured in the exhibit.

One of Braden’s pieces, featuring people on a ship.

One of the pieces featured in Braden’s exhibit.

One of Braden’s guitars, featured in the Trail’s End exhibit.

In 2019, artist Carol Braden was commissioned to create an order for Dolly Parton’s 50th anniversary of being inducted to the Grand Ole Opry.

Braden created a light blue guitar, garnished with rhinestones. As an additional touch, she added a pair of heels, set in the shape of a butterfly. The creations are two of Braden’s favorite pieces she’s made to date.

Many of Braden’s favorite pieces are owned by big names including Jack Daniels, Harley Davidson, Blake Shelton and Red Robin, which features her art in 530 of the chain’s restaurants. This month, Braden’s work will be featured at the coast.

Trail’s End Art Association and Gallery in Gearhart is featuring Braden throughout July.

She’s grateful to be involved with Trail’s End.

“It has been a tremendous blessing for me,” Braden said. “They are an anchor of this community. They embrace all levels of artistic ability.”

She has been a full-time artist for 11 years. Her focus has always been guitars.

“My dad played guitar. When he died 27 years ago he left me a guitar,” Braden said. “At that point in my creative life, I was doing Italian micro-mosaic with glass and I was given a huge box of Dale Chihuly scrap.”

The box became her first guitar piece and honored her father.

Braden began to work with metal in 2008 when she created a guitar out of license plates in an art class. She shipped the piece to a friend’s art gallery in Laguna Beach, California, where it was sold to Jon Bon Jovi.

Collecting license plates and finding unique objects is the thrill of making a new piece, Braden said. She purchases her unique art supplies from Goodwill, junk shops and the network of collectors she’s established over the years.

“I just have this true love and appreciation for vintage objects, and for things that remind you of your past,” Braden said.

Her process involves finding supplies first, then creating something from scratch. For custom orders, she creates her own rendition of what the customer wants.

Many of the pieces most notable to Braden are custom pieces. Being able to create artwork that is meaningful to someone and helps them cherish memories is what Braden finds most rewarding about her job, she said.

Braden’s career has come with many surprises, but through it all, she discovered why people love her license plate guitars.

“They kind of pull on your heartstrings in terms of nostalgia. A lot of people remember their first cars. Our parents’ generation especially, they always kept their license plates from their old cars,” Braden said. “So, this is a way to get those license plates out of the garage and into their homes.”

Participating in wholesale shows and being featured in smaller galleries led Braden to be featured in New York, Chicago, Miami and Seattle galleries.

Braden said the turning point in her career was her contract with Red Robin, where she worked on supplying each of their stores with art in a 5-year remodel plan. She felt that working with a large corporation had brought her into a more professional realm of art.

“I grew up going to the original Red Robin in Seattle. I would’ve never guessed in a million years that something I made with my hands would be in their restaurant,” she said.

Some of her other corporate installations include VISA headquarters; Harley Davidson Motorcycle stores; The Grand Ole Opry and The Ryman Auditorium in Nashville, Tennessee; Jack Daniel’s Whiskey; Inn at The Fifth Hotel in Eugene; and Alta Apartments in Seattle.

Her work for Jack Daniel’s includes being a featured creator at their Manhattan pop-up shop, where she did a live demonstration of how to build a guitar.

Recently, Braden has been quarantined in Gearhart. She said the extra time makes her feel grounded, inspired and ready to start creating art that is tailored toward her community.

She plans on continuing to work with mixed media and metals, focusing on complex and custom portraits next.