From left, Kevin Perry, Bette Lu Krause and Rita Smith rehearse in March for ‘A Bag Full of Miracles.’

The cast from the 35th season of ‘Shanghaied in Astoria’ last year. 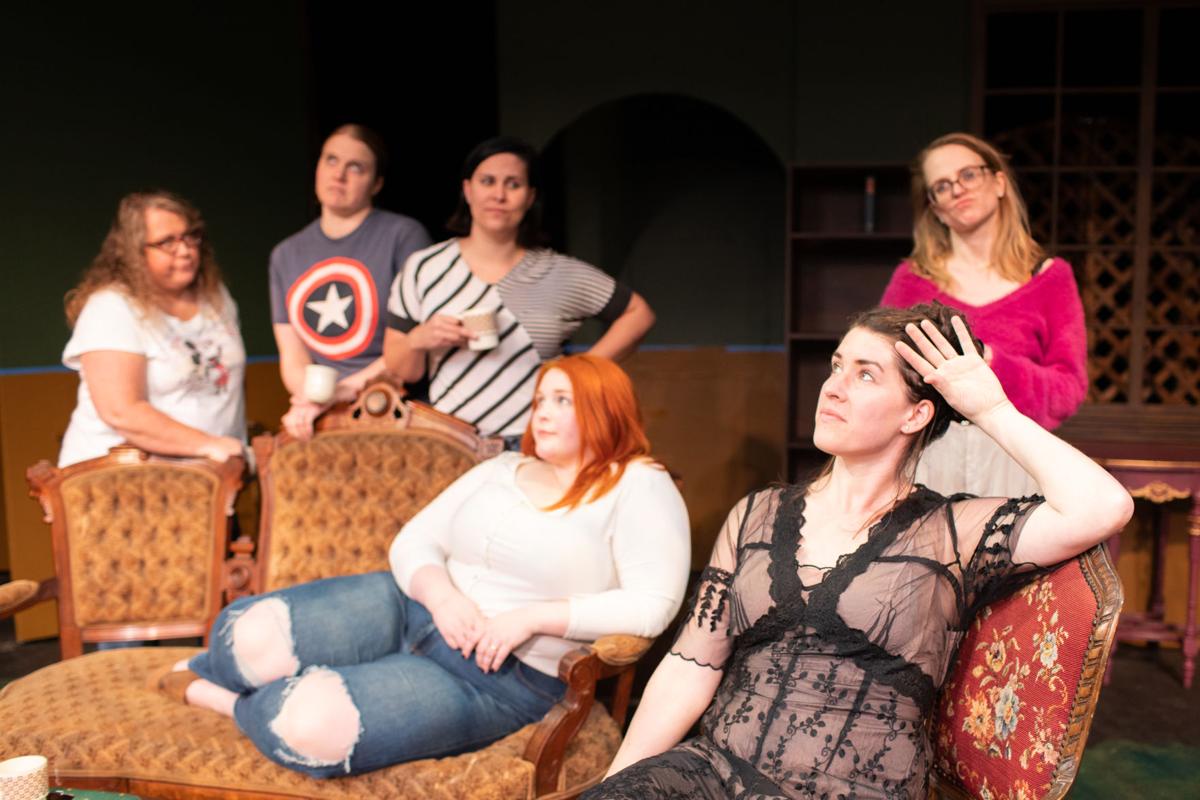 Emily Dante, front, and other cast rehearse in March for Coaster Theatre Playhouse’s ‘Play On!’ 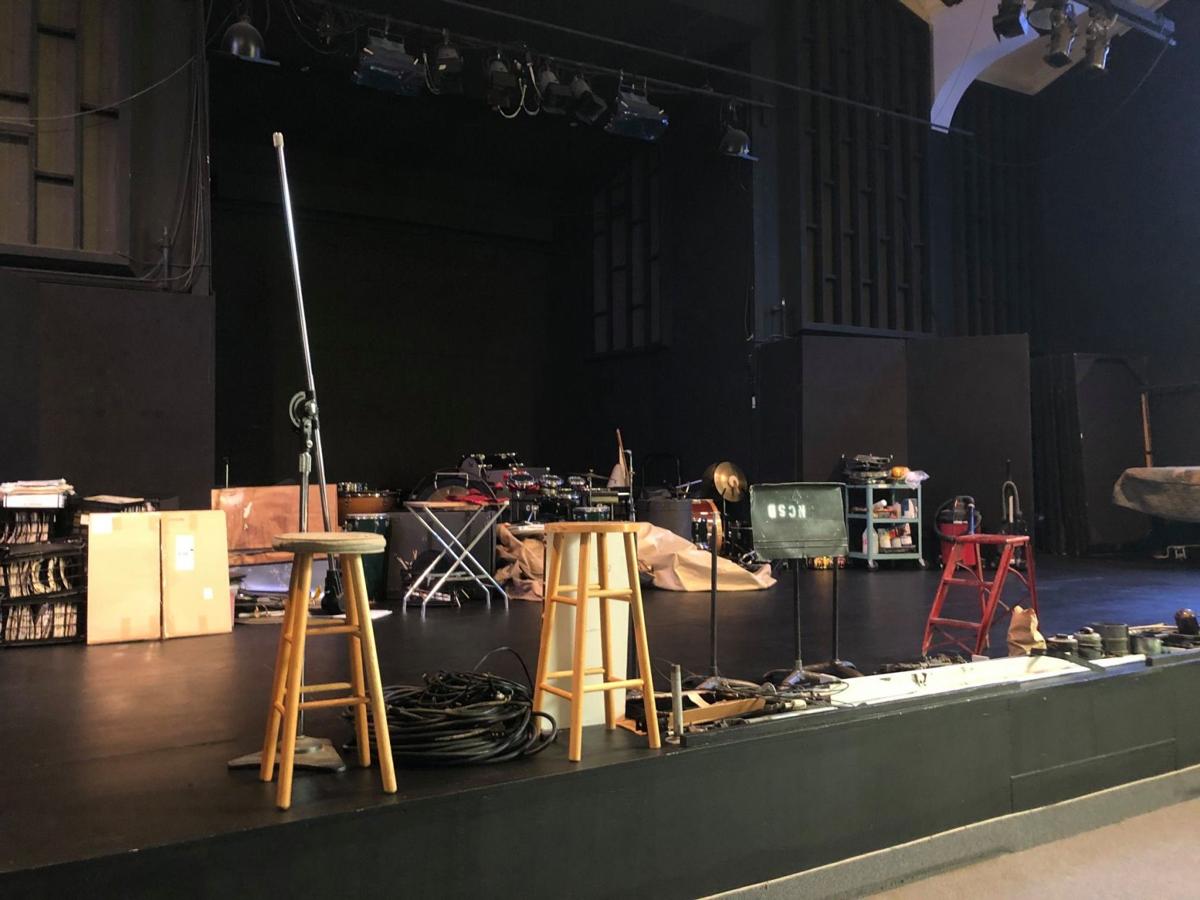 The Performing Arts Center is seeing some renovations before it reopens to live events.

From left, Kevin Perry, Bette Lu Krause and Rita Smith rehearse in March for ‘A Bag Full of Miracles.’

The cast from the 35th season of ‘Shanghaied in Astoria’ last year.

Emily Dante, front, and other cast rehearse in March for Coaster Theatre Playhouse’s ‘Play On!’

The Performing Arts Center is seeing some renovations before it reopens to live events.

This spring was going to be a big season for theater groups on the North Coast before the coronavirus pandemic required all venues to cancel planned events.

On the Long Beach Peninsula, the Peninsula Association of Performing Artists was in the middle of its season featuring “Almost, Maine.” The Peninsula Players eagerly awaited its opening night of the musical “A Bag Full of Miracles.”

In Astoria, The Ten Fifteen Theater’s production of “The Weir” was postponed, then canceled. Astor Street Opry Company’s live shows are on hiatus. The Liberty Theatre and the Clatsop Community College Performing Arts Center shuttered ahead of months filled with concerts, fundraisers and other events.

And farther down the coast in Cannon Beach, weeks after the Coaster Theatre Playhouse prepped for its opening night of “Play On!” the group decided to cancel all of its scheduled 2020 shows.

In the quiet months that have followed since theater events were first canceled in March, local theater groups’ stages have stayed dark while organizers try to plan for the remainder of the year.

“It’s a trying time for theaters everywhere because of the unknown,” said Rita Smith, vice president of the Peninsula Players.

Like other groups, the Peninsula Players is hopeful the group will still be able to host showings later this year. The group’s theater, the River City Playhouse, in Ilwaco, is large enough to host 50 audience members under social distancing guidelines, Smith said.

Starting this month, the group plans on holding monthly rehearsals for its previously canceled show, “A Bag Full of Miracles.” The group hopes to reopen the show in October.

“The cast we have for the musical is all on board. We’re excited to get back to audiences for this show, which is very applicable for what’s happening right now,” Smith said. “It’s a musical comedy but has some good messages.”

Just down the road from the Players is the Peninsula Association of Performing Artists, which runs its shows in Fort Columbia Historical State Park. The group hopes to host a reprisal of a previous show in late summer, said Penny Ripley, the group’s treasurer.

“We’re all anxious to get something back on the stage. We’re ready to move forward and do something. What that looks like, we don’t know but our actors are chomping on the bit to get going,” Ripley said.

Whether the summer show happens will be determined by how Washington state’s guidelines play out in the coming months because the group uses land in a state park, Ripley said. In addition, the group’s theater size poses a challenge, since the group would need to rearrange the theater.

“We’re in a holding pattern because we need to get more guidelines for the state parks. We’re a very cozy environment … We know we can’t pack 100 people in but a normal audience of 100 isn’t uncommon for our productions,” Ripley said. “We know we won’t be able to be anywhere near that but we don’t have any solid answers yet.”

Astor Street Opry Company is in a similar situation.

“Because our space is so small we can’t have 26 people in there to put on a typical rendition of ‘Shanghaied,’” said Michael Desmond, the group’s operations manager.

If the group were to open up the theater, they might not get enough income to balance out smaller audience sizes. Fortunately, the group has received a loan that will cover the group’s mortgage expenses for the year.

“Plus, our shows aren’t made for small casts. I’m kind of of the opinion that until we get to phase three, until we can do ‘Shanghaied’ like it should be done, we should hold off,” Desmond said.

In replacement of live shows, the group might host screenings of former renditions of “Shanghaied,” Desmond said. Hosting the screenings would also help the group go through its stock of beer and wine that gets sold at live shows.

If the group can manage it, they hope to still host their annual youth show in the fall, Desmond said.

Like Astor Street Opry Company, the Coaster Theatre Playhouse is also waiting for the next phase of reopening before the group has live shows. All of the group’s scheduled shows are canceled. The group hopes to host a holiday show toward the end of the year.

“We’ve done this to give ourselves time to look at our facility and what we can do. With performing, there’s a lot to consider, not only with our show but our audiences,” said Jenni Tronier, the theater’s marketing and operations director.

Like many theater groups, the Coaster has applied for some funding grants. The group has received some grants, and expects to be reimbursed for royalty payments made for canceled shows.

“That’s something that we’re able to use to rough the waters,” Tronier said. “We’re taking it day by day and doing the best we can to really keep ourselves viable so when we can reopen, we can bring community theater back to the North Coast.”