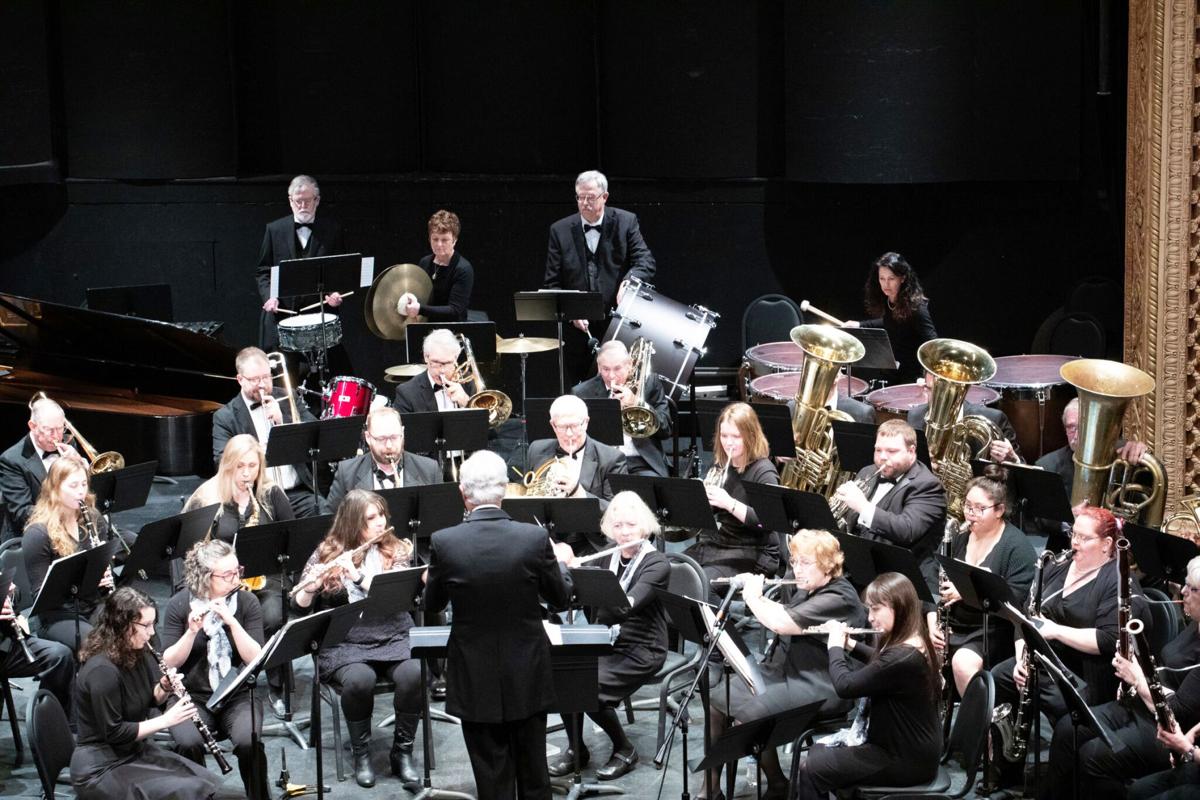 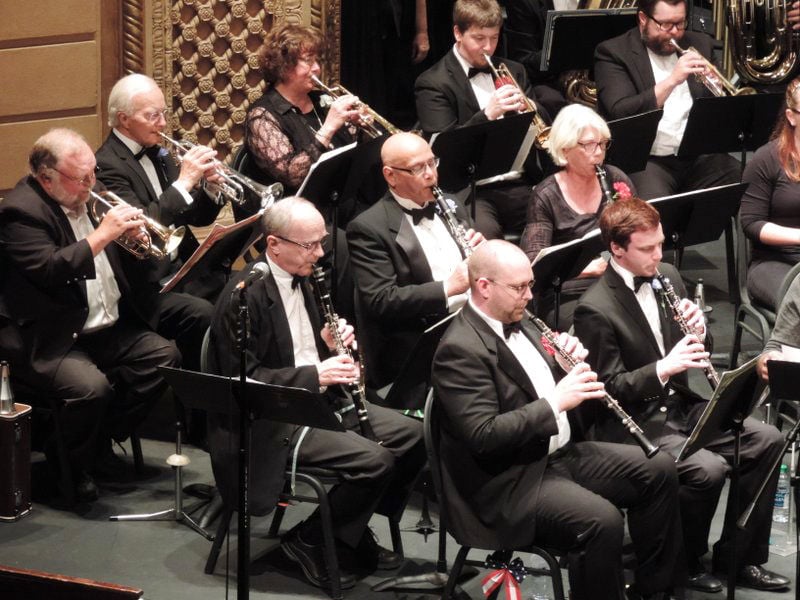 Members of the woodwind section in the North Coast Symphonic Band. 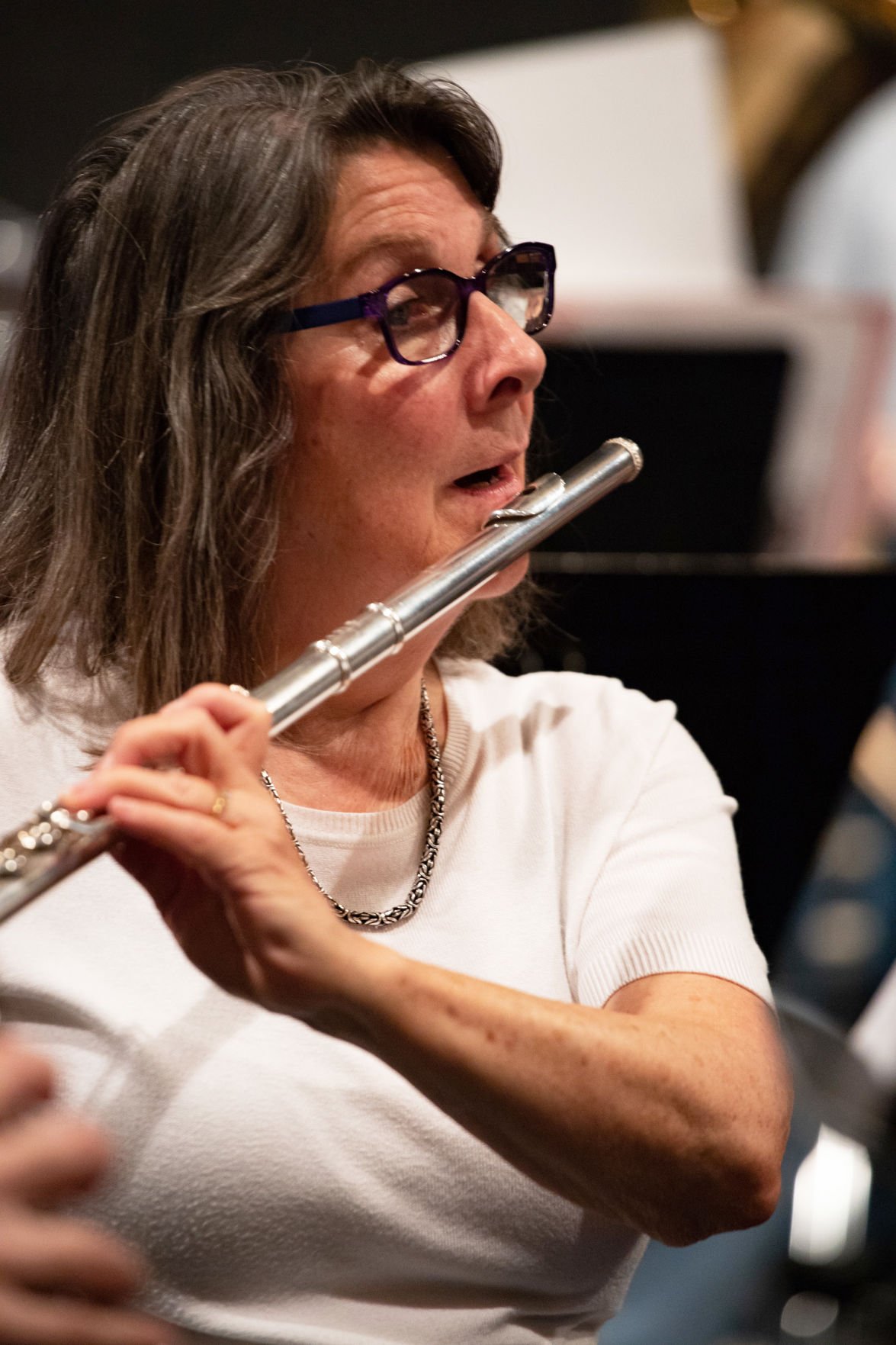 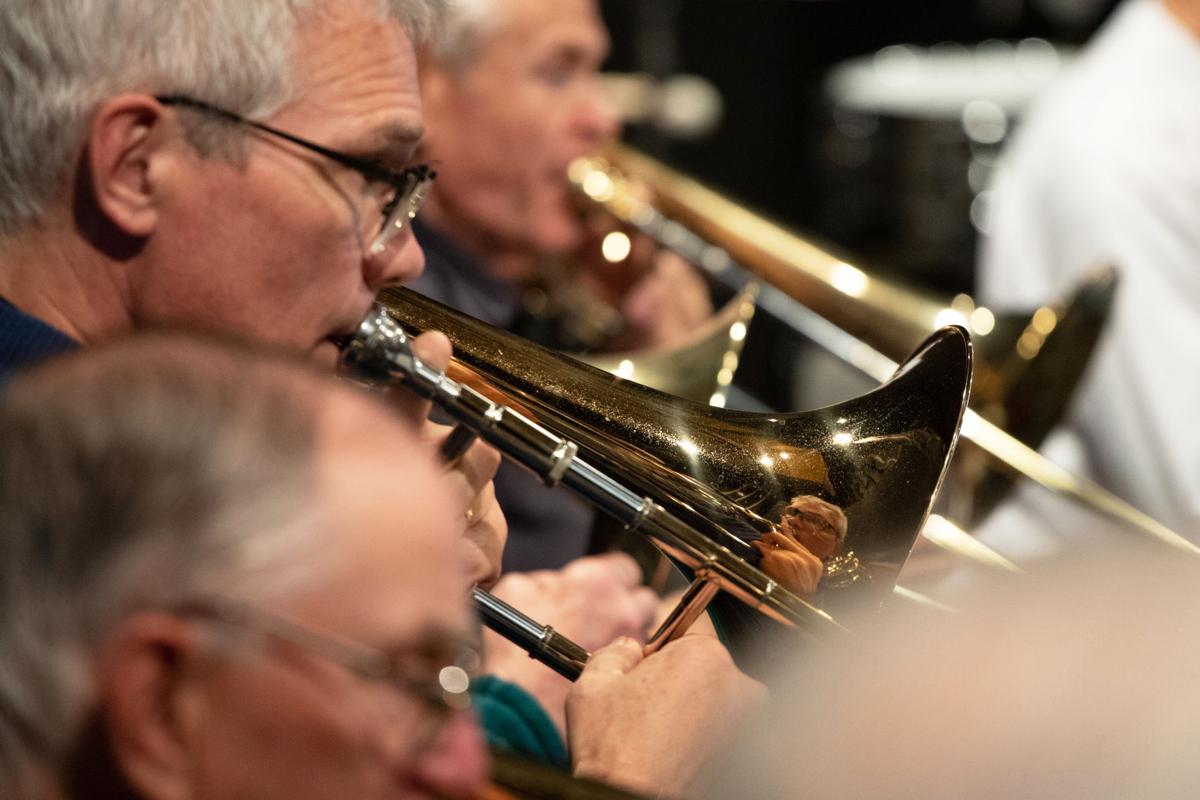 Members of the brass section at a recent rehearsal. 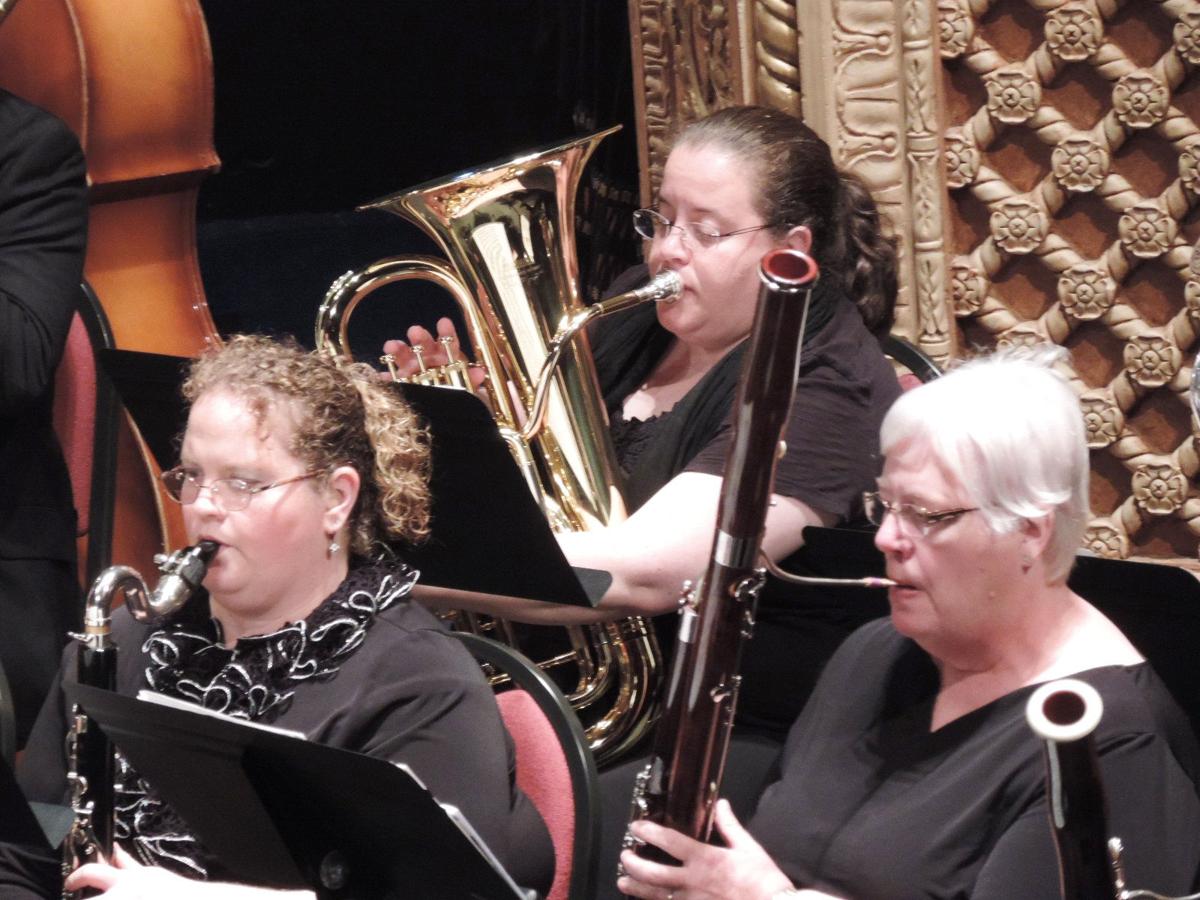 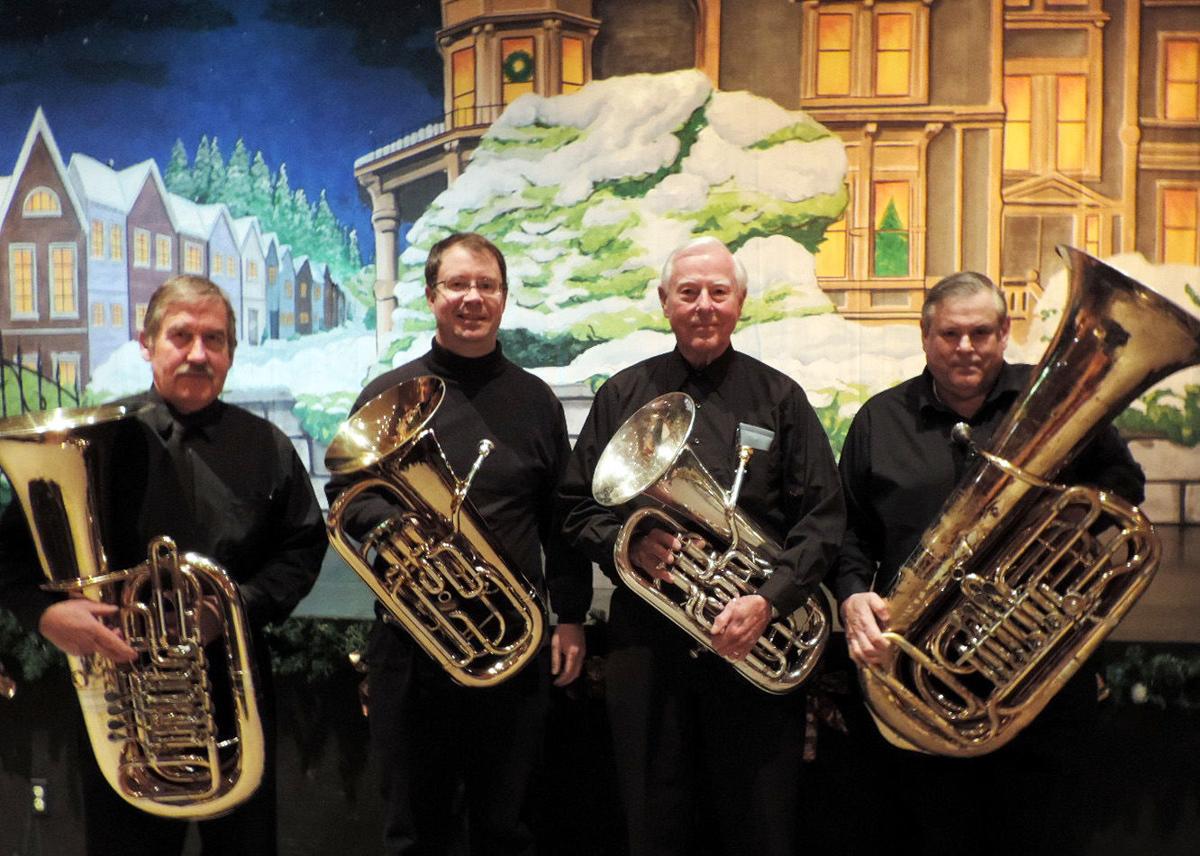 The Astoria Tuba Quartet at 'The Nutcracker' in 2013.

Members of the woodwind section in the North Coast Symphonic Band.

Members of the brass section at a recent rehearsal.

The Astoria Tuba Quartet at 'The Nutcracker' in 2013.

A core group of musicians haven’t missed a downbeat since the beginning of the North Coast Symphonic Band 40 years ago.

It was a different music scene on the North Coast when the group started. There were few ensembles. Local groups like the American Legion and Elk’s Lodge had house bands and there was the Columbia Symphony and Seaside Symphony. But there wasn’t an organized symphonic band to cater to the area’s community musicians.

The North Coast Symphonic Band, a program originally started through Clatsop Community College and carried on independently in 2004, has sustained the test of time.

“The first concert I remember we had about 15 people,” Bowler said.

The group is now the largest band on the North Coast and is kicking off its 40th season at 3 p.m. Sunday at the Clatsop Community College Performing Arts Center. The band will be led by guest conductor Michael McClure and will perform its most popular pieces over the last 40 years, including “An Ellington Festival,” “Washington Post March” and “Hands across the Sea,” both marches by John Philip Sousa, Vaun Williams’ “Sea Songs,” Bernstein’s “Slava!,” Debussy’s “Engulfed Cathedral” and vocalist Amdanda McClure will sing “As time goes by.”

In addition to music teachers and current and former students, the band has also had doctors, two ministers, a Buddhist priest and members of the Coast Guard.

Hale remembers many trombone and some flute players from the Coast Guard who played.

“They’re really interested in playing and they get in town and the first thing they do is looking around, ‘where can I play?’”

People travel to rehearsals at the PAC from as far away as Portland to Ocean Park and Cloverdale.

Anderson was one of Stromquist's first students when he came to Astoria to teach band in 1966.

John Hammond, a trombonist and retired band teacher from Warrenton High School, has played with the band for 16 years.

He enjoys the comradery in the group.

“You get an opportunity to perform some quality music with a lot of fellow musicians who enjoy playing,” he said.

Shatto said, “my favorite memories are the people that come through and are still in the band.”

Many musicians are also committed to the band through investments in their instruments. Some spend between $3,000 to $8,000 or more on them.

Hale attributes much of the band’s success to the community, though one moment stands out to him.

The band was playing a concert in Cannon Beach on the third or fourth of July and the conductor had put a request for donations so the band could buy chimes. At intermission, a man came up to Smith and handed him his card and said ‘just go out and buy those chimes and send me the bill.’

The chimes cost $7,000. Smith ordered them immediately and sent the man the bill which got paid.

“That’s just one of those incredible moments, you go ‘wow,’” Hale said.

Stromquist remembers when Mark Goodenberger, local historian John Goodenberger’s older brother, donated a $7,000 marimba to the band in memory of their mother.

Each concert’s music is selected by the conductor who works around a theme and the number of musicians available to play different parts.

Bowler estimates the band has played over 1,000 different pieces.

She said the band’s most popular pieces ever are “Stars and Stripes” and “Star Spangled Banner.”

The band grows each time they have a guest conductor.

“They always brings stuff to us that’s challenging, sometimes over challenging, and we seem to rise to the level,” Stromquist said.

For this concert, each piece is quite different from the next, Hammond said. “It’s mentally and physically challenging to play that diverse of a program and so that’s something that I really enjoy.”

The band also provides the core brass, woodwind and percussion sections for other groups like the Little Ballet Theatre “Nutcracker” orchestra. They also have a number quartets from the band that perform before each concert. Stromquist has also helmed the North Coast Big Band, an 18-piece traditional jazz band that does 3-4 concerts each year.

What keeps them going?

The core group of players still remain the bedrock of the band and say they don’t know what else they would do on Monday nights when they rehearse.

“We can’t sit at home and practice alone all the time so it’s more fun to play with a group,” Bowler said.

Shatto said, “All of us love music, all of us love to play. That’s one of the big joys in our lives. The music brings you back and also the people bring you back.”

Shatto and Hammond agreed that they hope more young people and audiences who haven’t been to a concert experience the band.

“I’d like to see a lot more young people really enjoy what a concert band can do,” Hammond said.

While these musicians are still committed players, Bowler said they are hoping there are people coming up in the band who want to get involved.

“It’s up to the next generations to keep the community going,” Bowler said.

Tickets $15, students $8. Purchase tickets in advance at the Liberty Theatre box office or at libertyastoria.showare.com