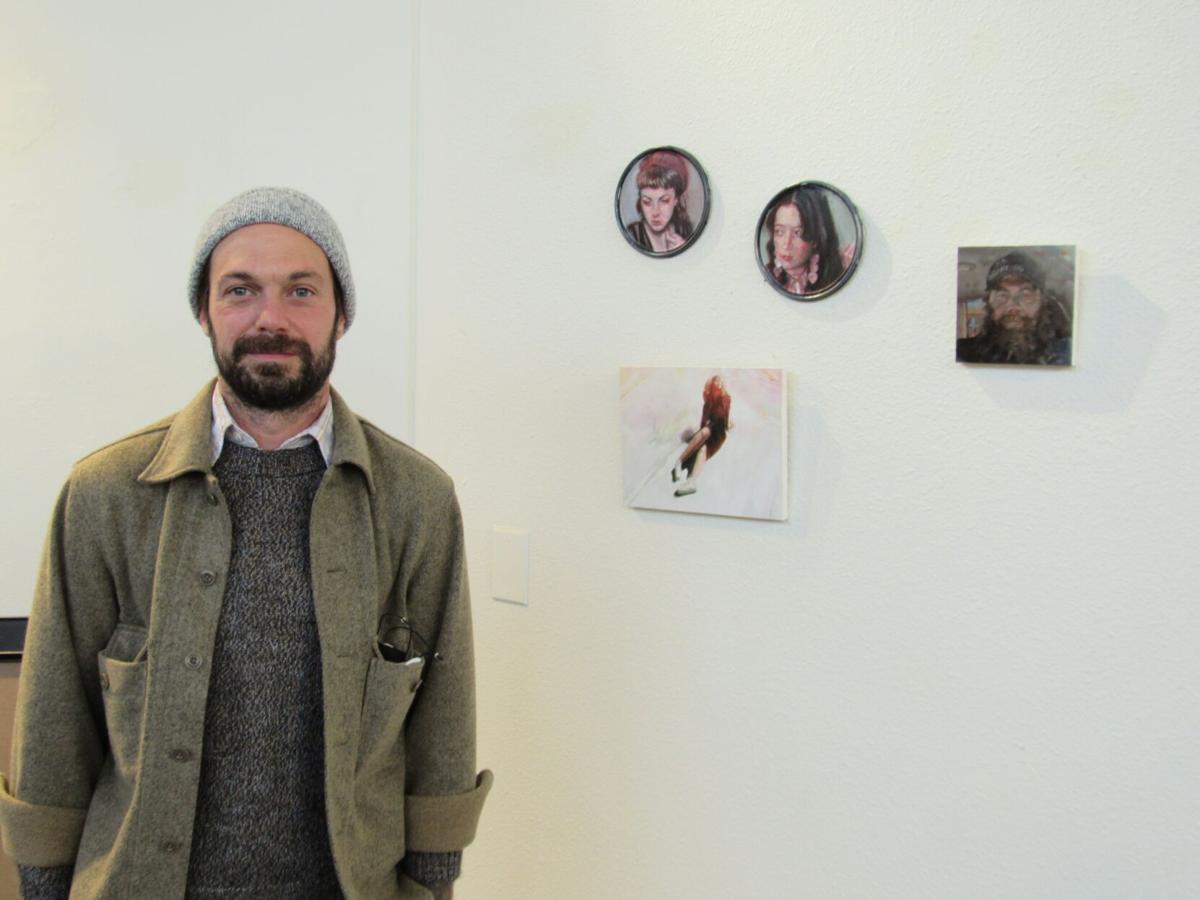 Aaron Toledo stands next to some of his paintings inside Imogen Gallery. 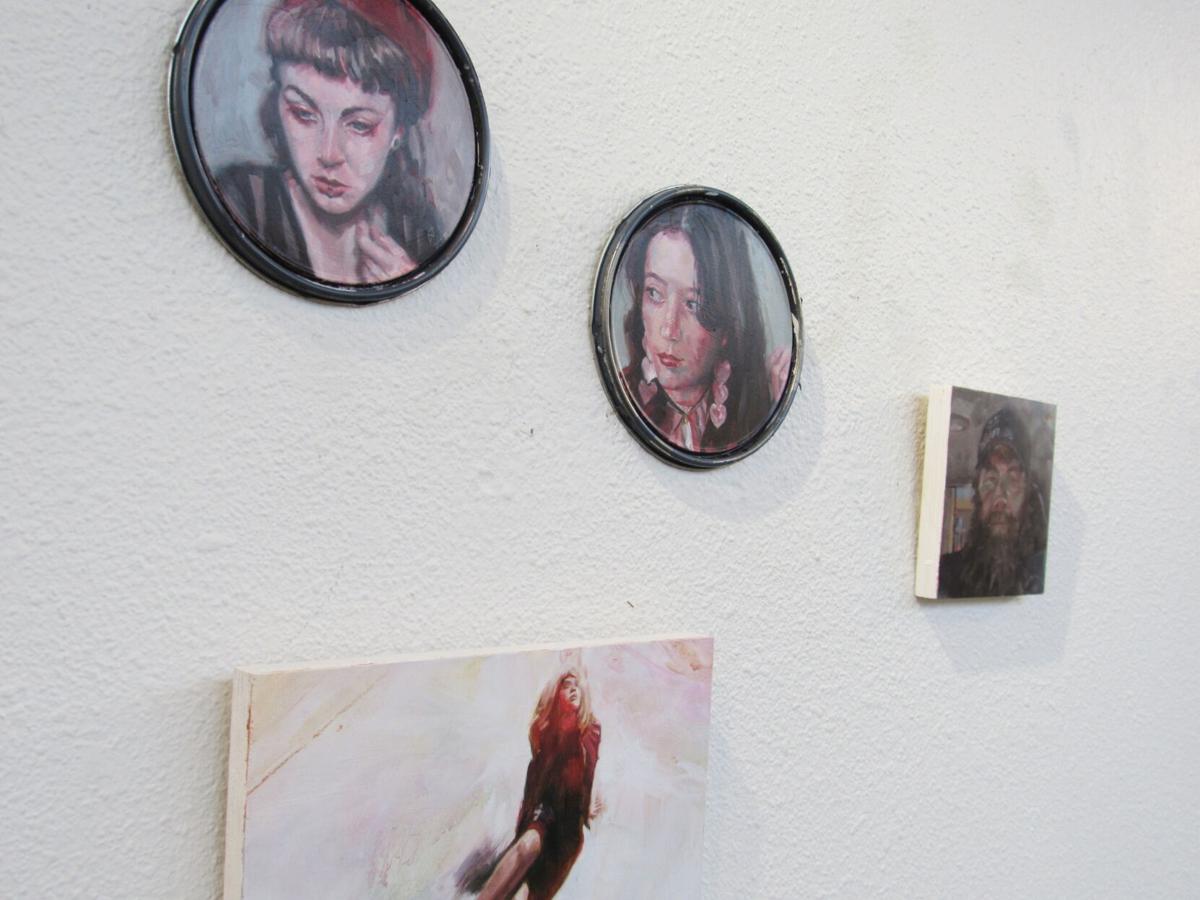 Some of Aaron Toledo's paintings. 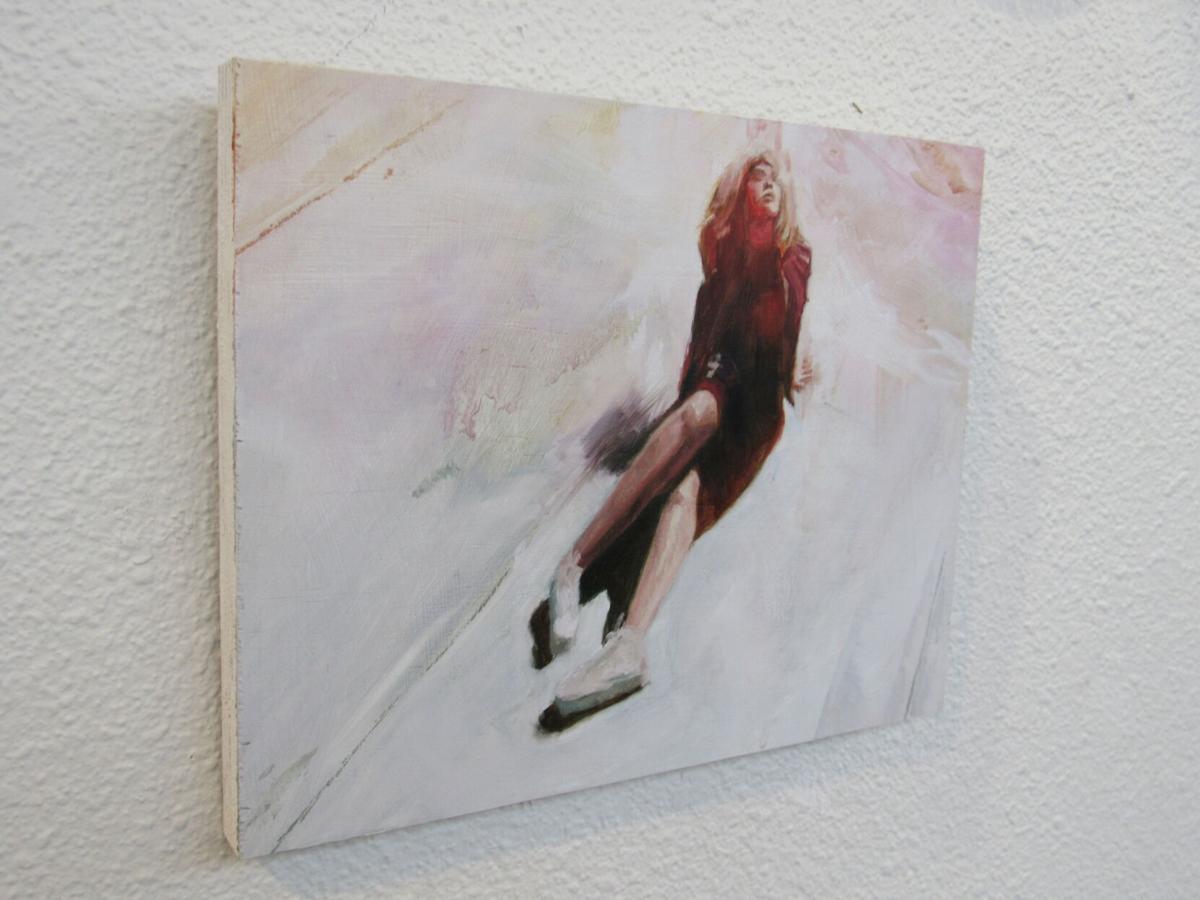 A portrait created by Aaron Toledo. 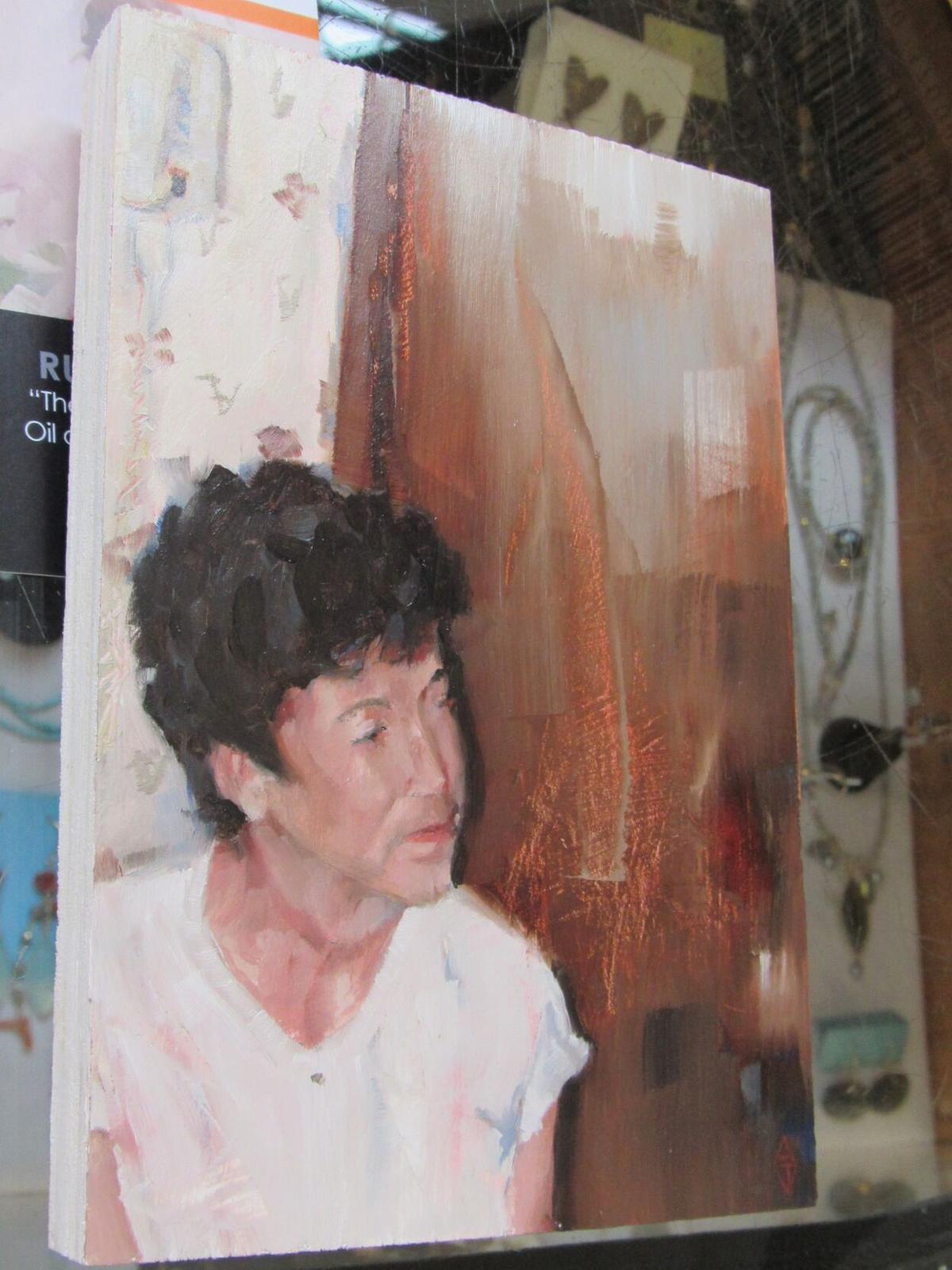 A portrait Aaron Toledo made of his grandmother.

On display until Dec. 10

Around Astoria, most people know Aaron Toledo as a talented tattooist and the owner of Keepsake Tattoo Studio.

But thanks to his first art gallery debut, locals will also get to know him as a talented painter. A series of paintings by Toledo is on display at Imogen Gallery until Dec. 10.

“I’ve always had an interest in artwork and creative things,” Toledo said. “I was always the quiet kid with the sketchbooks walking around. Anytime anybody would talk to me, I would start sketching. It’s kind of a nervous habit.”

Toledo continued creating art as he got older. While he was in high school, he enjoyed taking art classes, which inspired him to pursue painting and other mediums. Yet, it would be years before art became his career.

“(I had a) fair collection of really crappy other jobs. I dropped out of school pretty young,” Toledo said. “I was working as a construction laborer, a line cook. I was even a lunch lady at a big pharmaceutical tech firm. I was just kind of at that point where I was like, ‘What the hell am I gonna do with my life?’”

Toledo decided to pursue tattooing after talking to his friend, Kenneth Booth, who owns Būsu. Booth encouraged Toledo to try tattooing since he enjoyed drawing.

“I never considered myself an artist, oddly enough, until I became a professional tattoo artist,” Toledo said. “Since I started tattooing as a career, I was able to kind of keep that creative process in my daily routine and make time to paint more.”

In 2002, Toledo moved to Portland from Kansas City, Missouri.

“Shortly after I moved to Oregon, I decided to kind of throw my hat in the ring — 15 years later and it’s stuck. I still really enjoy it,” Toledo said.

After living in Portland for almost three years, Toledo moved to Astoria. He now owns and operates Keepsake Tattoo Studio.

“I was so close to the coast that I realized I really wanted to live on the actual coast. I visited Astoria and had never been here before,” Toledo said. “I rolled into town, saw how beautiful it was, got lunch and grabbed the paper, saw an ad for an apartment, saw the apartment at 6 o’clock that evening and put down a deposit.”

Most of the art Toledo has created this year have been oil paintings, he said. Other mediums he enjoys working with are sculpture, pen and ink, watercolor painting and acrylic painting.

Toledo’s exhibit in Imogen Gallery features a variety of portraits he made, which were inspired by sculptures and photographs. Each image took him a few hours to create.

“I try to not take them too seriously. Although I’ve put a lot into them, I didn’t want to necessarily labor for months over them,” Toledo said. “I’ve always been able to focus really well on details but it’s nice to loosen up with painting and not worry so much.”

Toledo made all of the paintings during Oregon’s first shutdown because of the coronavirus pandemic, which required him to close the tattoo studio to the public.

“I was maybe doing a painting a month before the mandatory shutdown,” Toledo said. “I was able to do 10, 15 paintings within those two months and really devote a lot more energy, which was a really nice thing to do.”

Toledo said he was fortunate going into the shutdown because he had savings, which kept him from stressing out about losing the studio and his home.

“Doing these works was refreshing for me. I kind of came to the conclusion that maybe I should be devoting more of my energy because it felt so good to be able to do that,” Toledo said. “I’m a pretty introverted individual and require a lot of decompression and alone time. This was something that I was just like, ‘Oh cool. I don’t have to go into public. I’ve got this.’”

Toledo kept creating portraits at the same rate through July and August. He’s taken a slight pause since August to work on home projects, partially because he’s going to become a dad in February.

“I want everybody to know that. I’m excited,” Toledo said. “I’m looking forward to some big life changes.”

“I would love to be able to pick up a fresh brush every day regardless of what my day looks like,” he said.