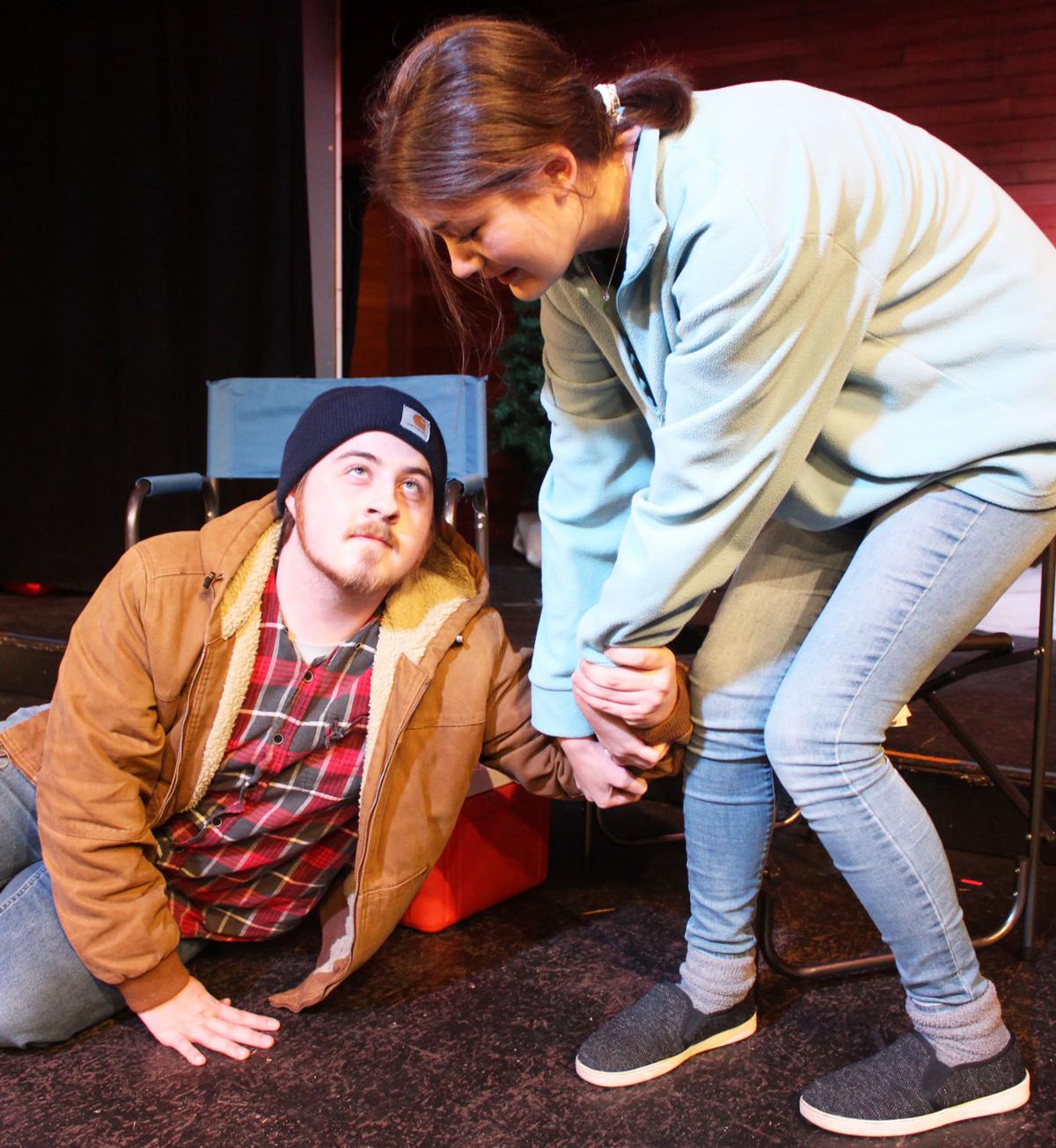 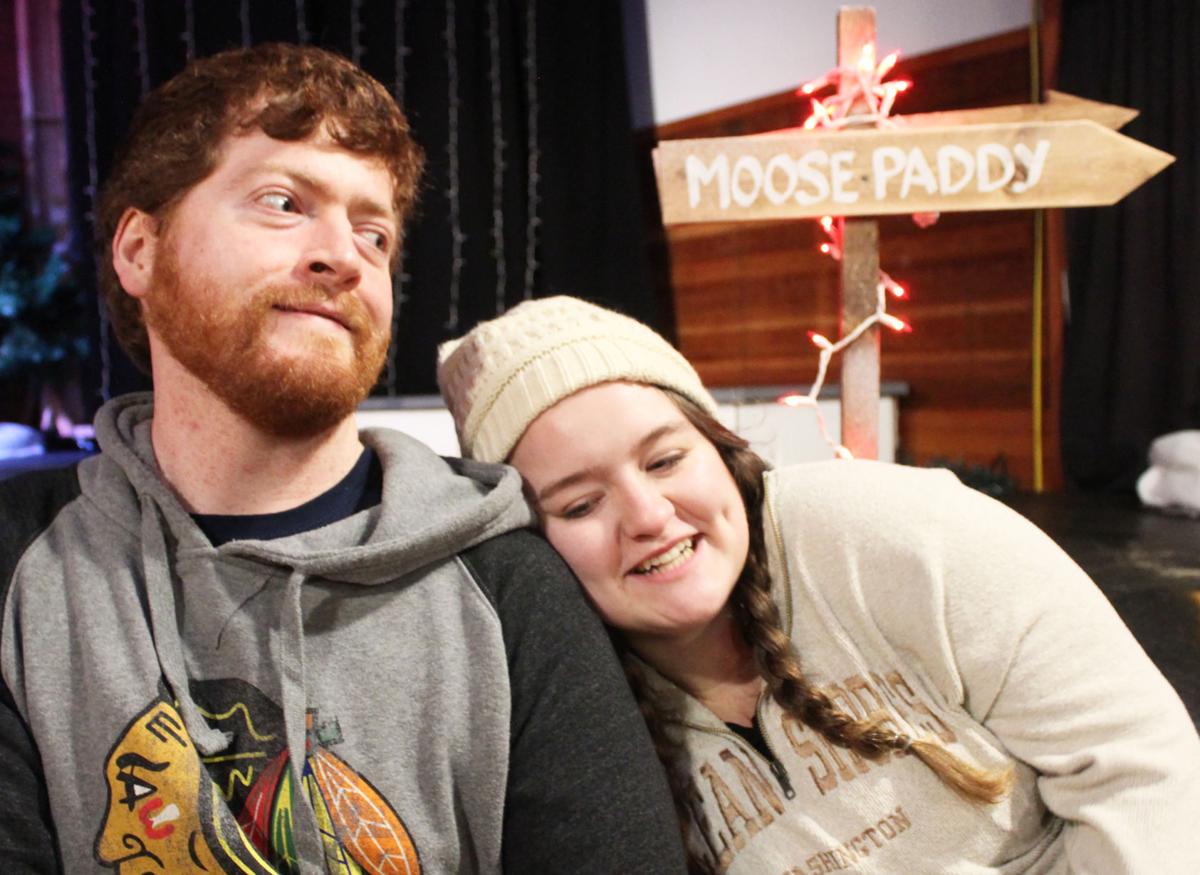 Selah Wulf plays a character in love. Her would-be beau, played by Jonathan Cole, isn’t quite as smitten. 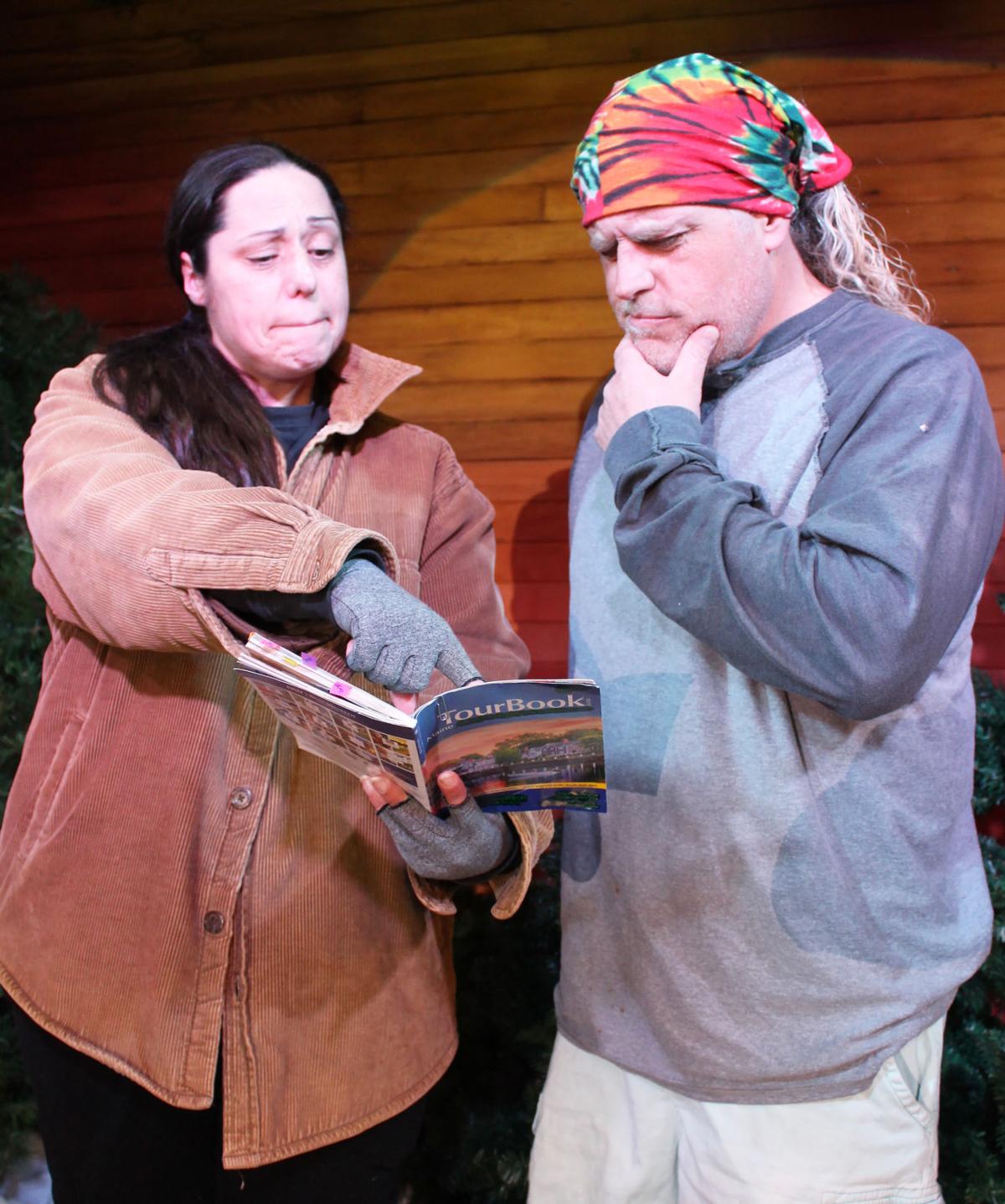 Actors Meg Parsons and John Darcy are a couple off-stage, but their characters in ‘Almost, Maine,’ dislike each other.

Selah Wulf plays a character in love. Her would-be beau, played by Jonathan Cole, isn’t quite as smitten.

Actors Meg Parsons and John Darcy are a couple off-stage, but their characters in ‘Almost, Maine,’ dislike each other.

The poster used to promote productions of the play “Almost, Maine,” captures facets of love in a small town:

Alicia Trusty gives her cast the challenge of portraying them all.

Trusty is the director of Peninsula Association of Performing Artists' version of the show, which opens Friday. The show features nine vignettes of small-town life and relationships.

“It’s about small-town relationships and the different ways love manifests itself — with literal and metaphorical interpretations of what love looks like,” Trusty said. “You have to see it.”

Writer John Cariani developed the play during 2005 while in Cape Cod. The show challenges “Our Town,” “You Can’t Take It with You” and “A Midsummer Night’s Dream” as the most performed among school and amateur groups in the U.S.

In 2006, New York Times critic Charles Isherwood wrote, “John Cariani’s play will evoke either awww-s or ick-s, depending on your affection for its whimsical approach to the joys and perils of romance.”

The author’s name may not be familiar, though his face may be. Cariani portrays the nerdy lab tech on the TV show “Law and Order.” He has also appeared in movies starring Robert De Niro, Christopher Walken and Ed Asner.

Trusty grew up on the Long Beach Peninsula, then moved to Los Angeles. While there, she studied at the American Academy of Dramatic Arts and pursued acting.

She moved back in summer 2018. That fall, Trusty assisted director Brooke Flood in staging the play, “Enchanted April.”

When Flood left to pursue a professional career in 2019, Trusty directed the group’s summer production of “Mary Poppins.”

She said she is enjoying blending familiar faces with newcomers.

“We have some who are taking on multiple roles — and for them it is the first time on stage since high school,” the director said.

That has not been a problem, however.

“I love how enthusiastic this group is about character work,” Trusty said. “That’s my favorite thing.”

Jonathan Cole, who starred in the group's “Beauty and the Beast” production two years ago, plays a character who links scenes with actor Selah Wulf.

Wulf is a former Naselle School actor who is on break from Baylor University.

Three cast members are new to the group. Nancy Murray and Meg Parsons both acted at their high schools in New Hampshire and New York respectively. Parsons’ off-stage partner, John Darcy, is making his debut.

Murray, a home and hospice nurse, said her connections with New England spurred her to audition. “My mom lives in Maine,” she said. “I thought it would be a fun thing to do.”

Completing the ensemble is Glenn Ripley and Joel Grote. Ripley previously worked as the group's lighting and sound expert. Grote's family has been involved in the group many years.

Since rehearsals began, McGrath, who is also helping Johnston backstage, has been intrigued by the way Cariani’s clever play portrays love in a small town.

Schussman and Ripley play separated high school sweethearts who reunite much later in life. Unlike other characters, there is an element of regret.

“It’s how you can miss out on it,” McGrath said.

The characters include a thoughtful but shy man with a giddy-in-love girlfriend, a not-so-tough guy who loves his independent coworker, another woman who has traveled the world and found her answer, a hiker suffering from a loss, and a repairman whose entire existence is dedicated to fixing things.

Trusty said she hopes people will attend the show to experience Cariani's cleverness through the variety of scenes.

“You really get a sense of real life and love and all the different ways that it can change you,” she said.

The small-town setting appeals, too, even though Maine is completely across the country, Trusty said.

“It’s simpler living, and it’s very relatable. Of course, no one around here knows about small-town life,” Trusty joked.

$12-$15. Tickets available at papatheater.com and at the theater.

‘It’s about small-town relationships and the different ways love manifests itself.’