You are the owner of this article.
Edit Article Add New Article
You have permission to edit this article.
Edit
Area Guide
Calendar
Coast Weekend
Our Coast Magazine
Weather
Multimedia
Newsletters
Share This
1 of 4 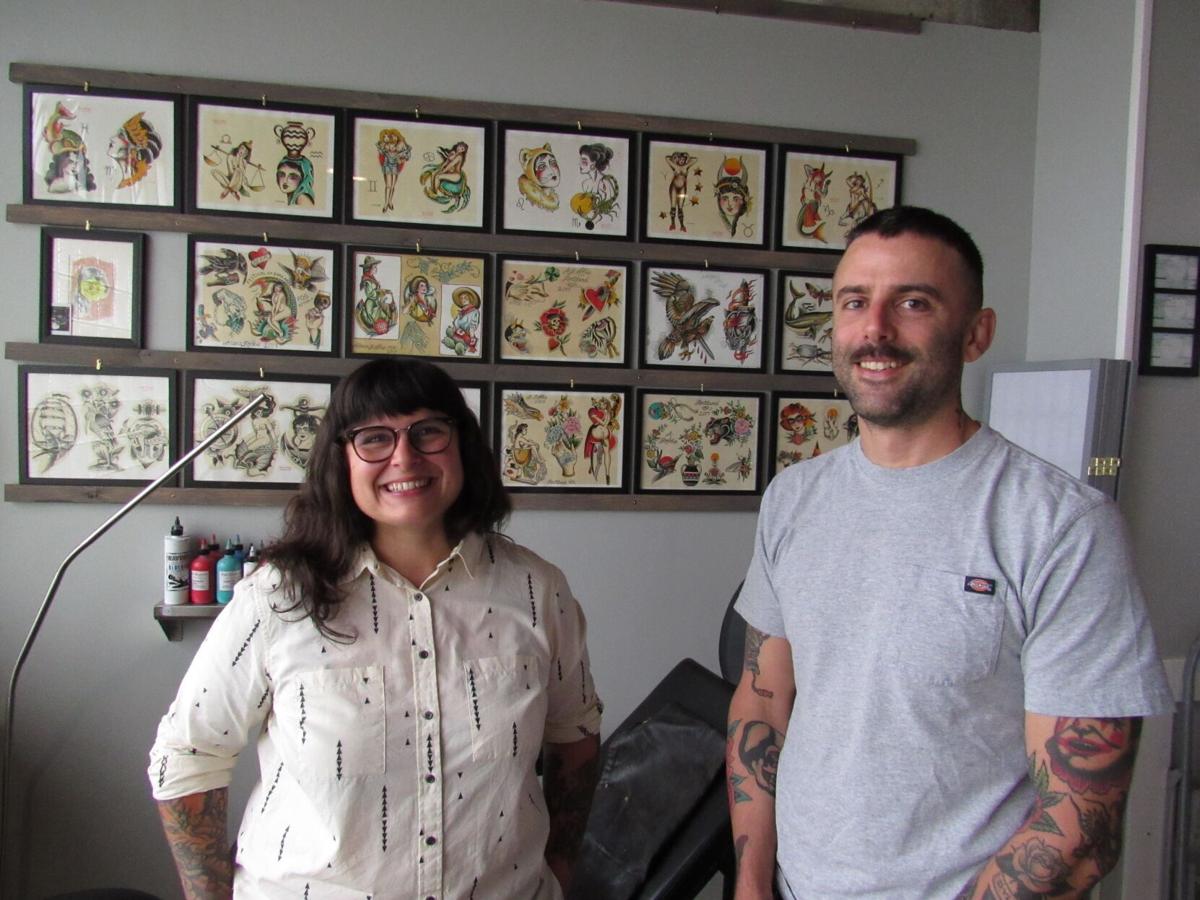 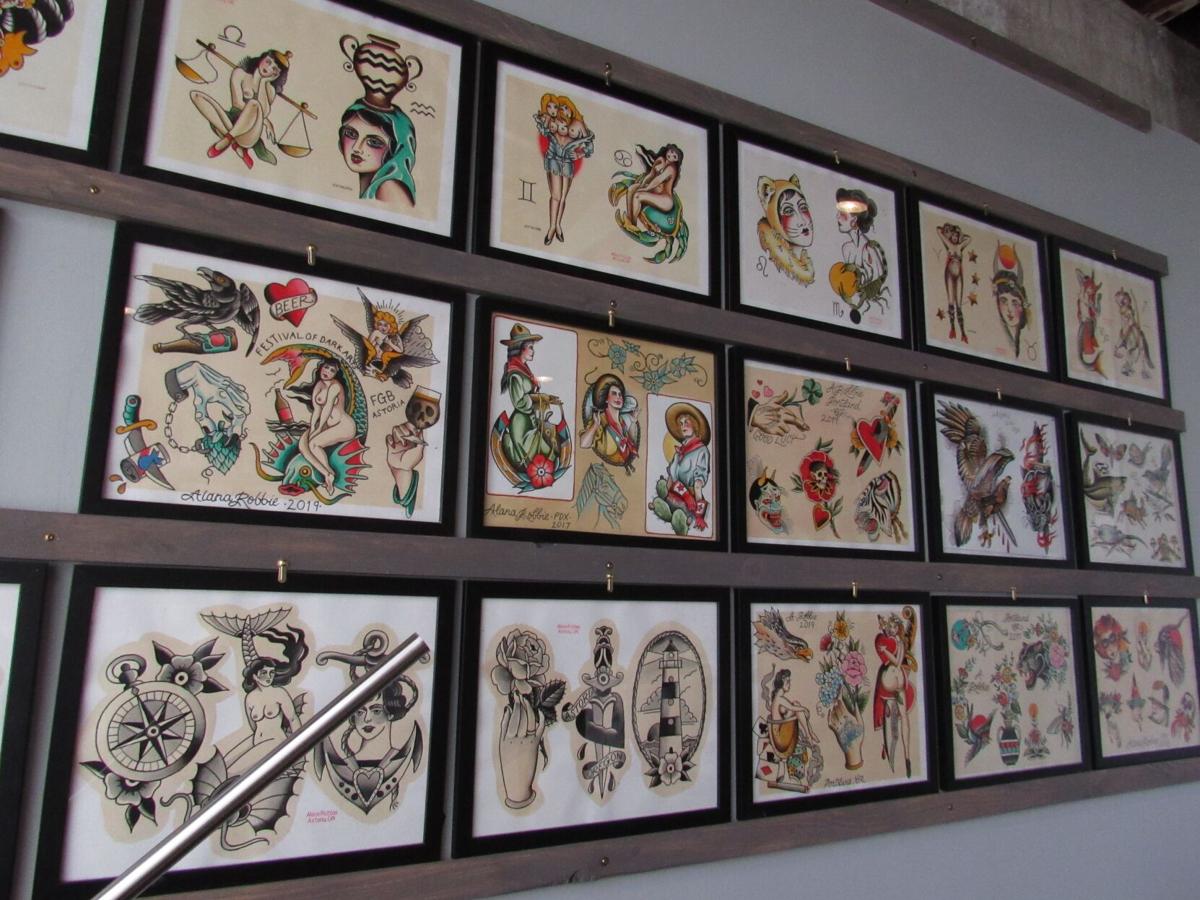 Some of Robbie’s work. 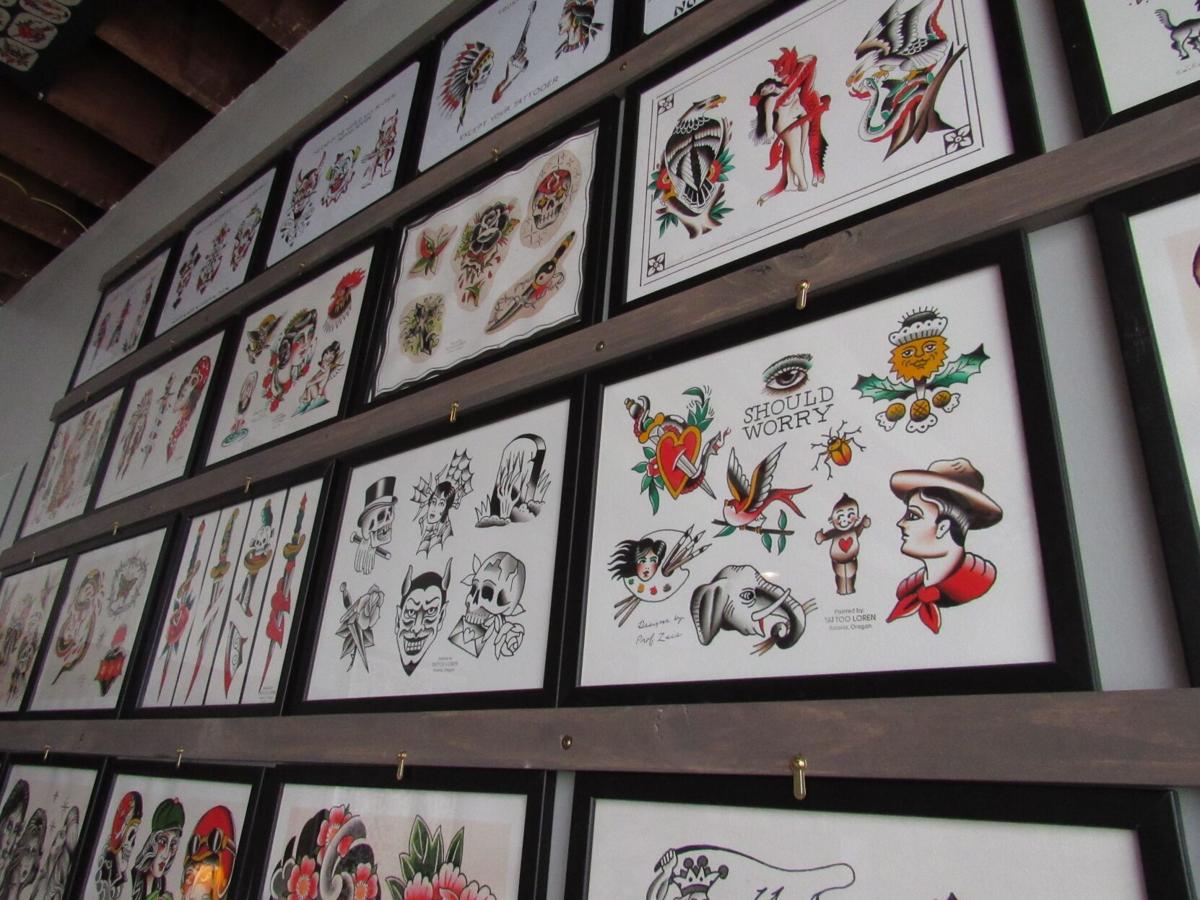 Some of Candela’s art. 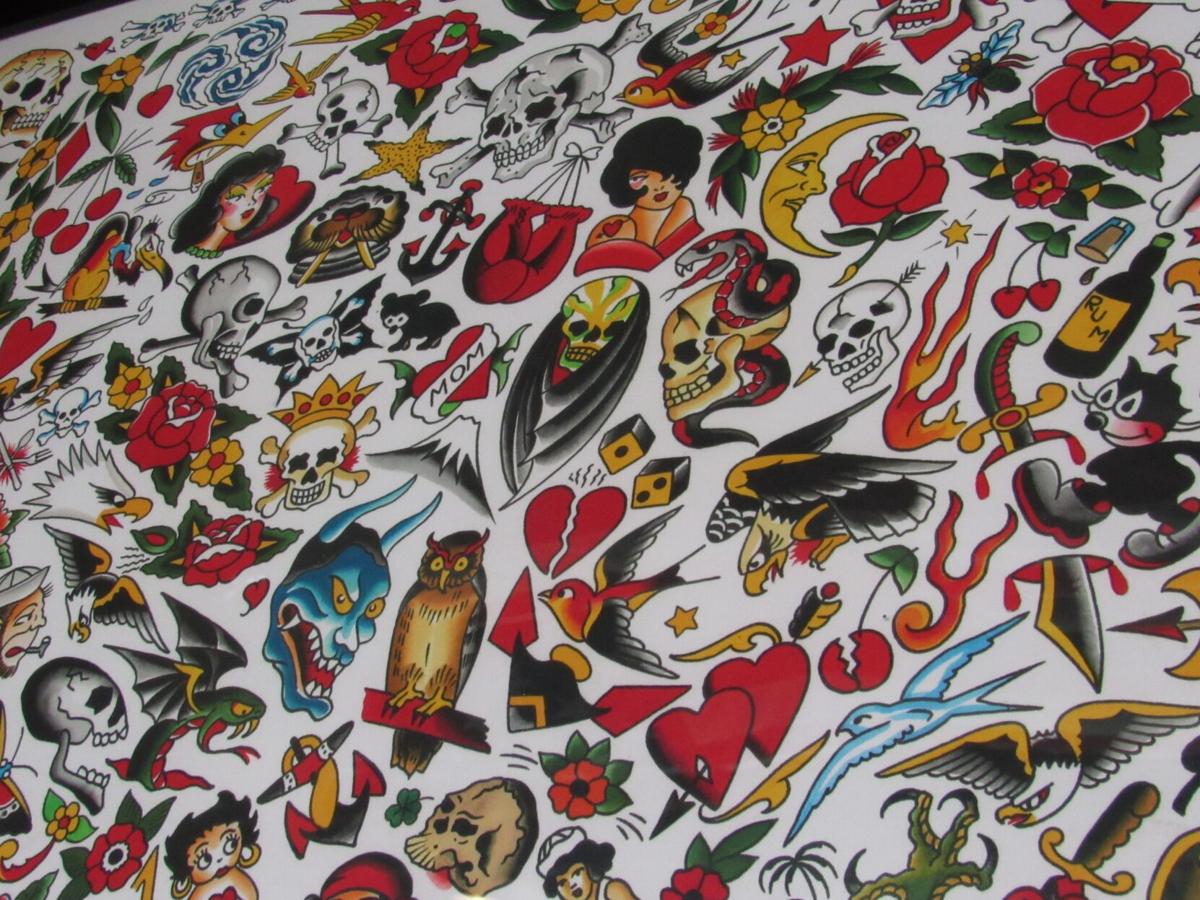 Astoria has a new tattoo shop and its owners are long-time local tattoo artists.

“We have lived and worked in Astoria six years-ish. Ask your auntie about us, they’ll know. Ask your mom. Ask the Coast Guard. We’ve probably tattooed your mom or your daughter or your sister,” Caldera said.

Robbie and Candela opened Signal Tattoo as a soft launch in June. In September, the pair will move to a permanent space off 14th Street, above Purple Cow Toys.

“We’re exploring. We’re kind of letting the identity of Signal come to us, instead of trying to strong-arm it into being a certain thing,” Robbie said.

Robbie started tattooing 18 years ago at a biker shop where she learned to tattoo by copying flash.

“I kind of stumbled into it because I was too young to know any better — that’s usually how I tell people that. It ended up working out really well,” Robbie said. “Basically, I showed this guy who was actively hiring apprentices my artwork and got into it at a really busy street shop, where I got a lot of skin under my needles.”

Robbie was especially inspired to open up her own shop during the coronavirus pandemic.

“‘It’s about my time to do this’ was the feeling I got during the pandemic as a person in my own head. It’s time to make something cool,” Robbie said about opening Signal.

Candela started tattooing seven years ago. After being inspired by one of his friends who is a tattoo artist, Candela enrolled in tattoo school. Though their backgrounds differ, Robbie and Candela learned that they have a lot in common while working together at Shanghaied.

“We found through working together at Shanghaied that we have a lot of the same feelings about tattooing as a job, about being tattooers as an identity, and about the kind of attitude and atmosphere that we want to bring to our clients,” Robbie said. “It’s all about them having a good, positive experience.”

The pair hopes to contribute to Astoria’s collection of shops that show people “you don’t need to leave the coast or go to a bigger city to get a certain quality of tattoo or a certain tattoo experience,” Robbie said. They don’t intend to be in direct competition with other local shops.

‘Putting your weird stink on it’

Both Robbie and Candela are inspired by older, classic tattoos.

“In tattooing, you see a lot of those classic flash designs and they’re all an evolution of a root design,” Robbie said. “Sometimes when you’re going through vintage Victorian advertisement catalogs or other collections of copyright free images, you can find source images that you’ve seen famous tattooers through the late 30s through modern times doing their own version of that design. It’s like a visual game of telephone.”

Trying to make images better is where Robbie and Caldera have fun with the process.

“It’s like tipping the hat and then taking it somewhere new. That’s always the field that you’re playing with tattooing because there’s so much history and it’s so rich and it’s so recognizable,” Robbie said.

“Yeah, you’re putting your weird stink on it,” Candela added.

Though they’re inspired by classic tattoos, both Robbie and Candela delve into other tattooing styles and will work with clients to make their ideas come together. For example, Candela recently created a watercolor turtle tattoo for a client.

“We’ll let (clients) in and just show them our home, the artwork and talk to them about whatever they want to talk about. Our books are always open. I want it to feel like a secret club without it being a secret club … I want people to come up and feel special, like they’ve discovered something,” Robbie said.

Robbie and Caldera will participate in the Pacific Northwest Tattoo Expo at Spirit Mountain Casino in November.