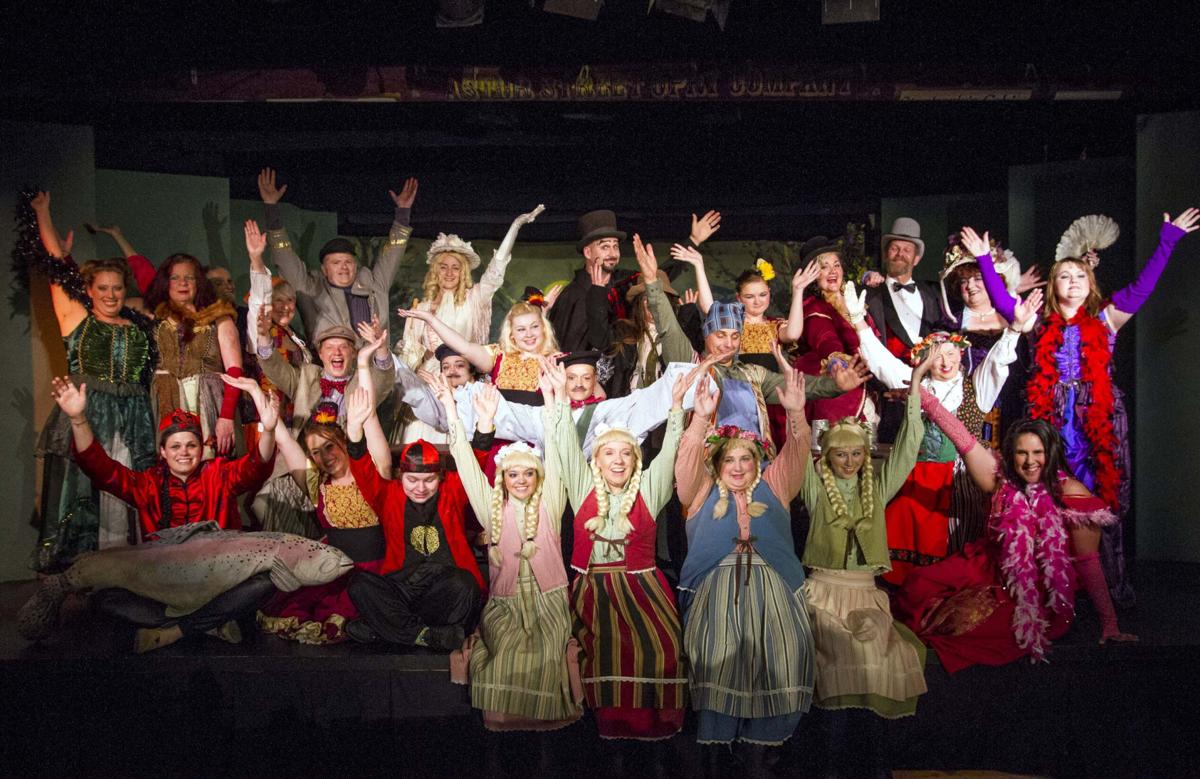 The 2015 cast of “Shanghaied in Astoria” lets out a cheer on stage. 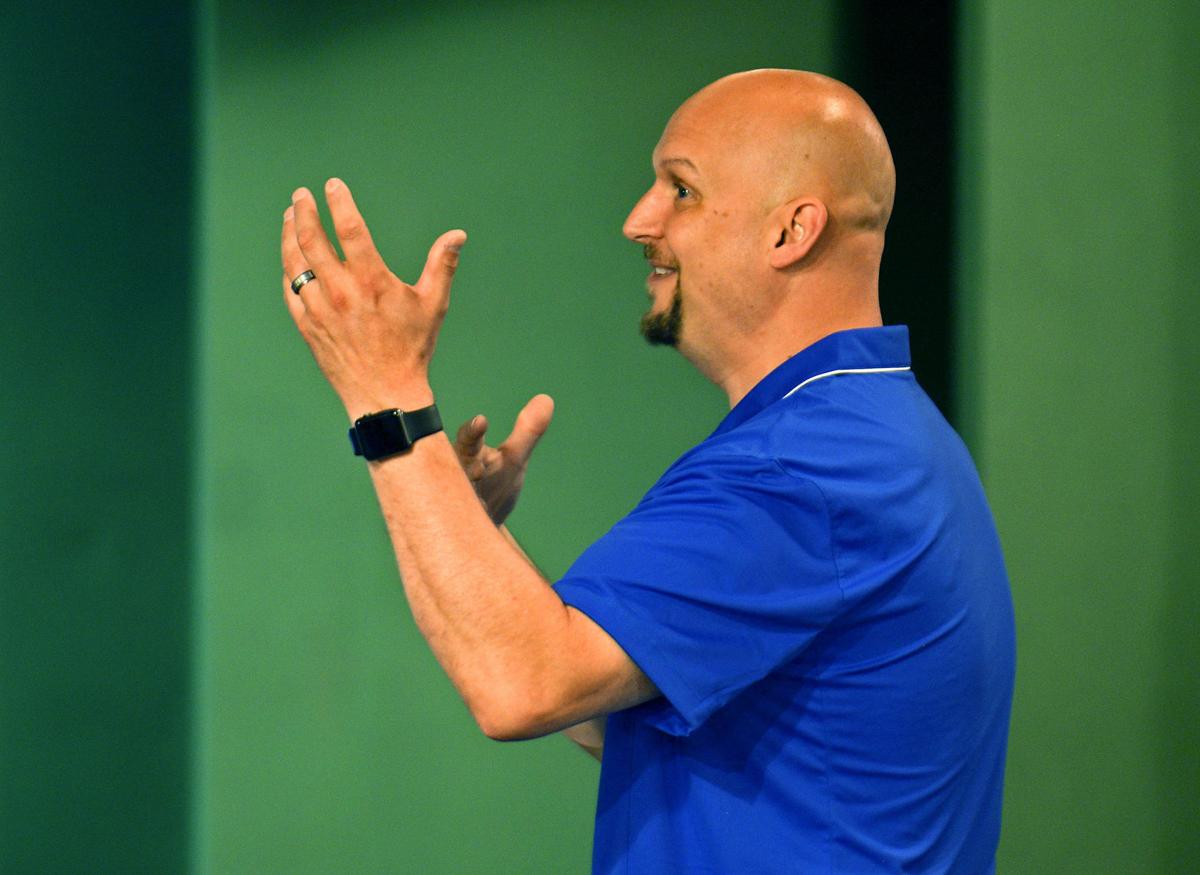 Markus Brown, director of the latest version of ‘Shanghaied in Astoria,' gives instructions to actors during a recent rehearsal. 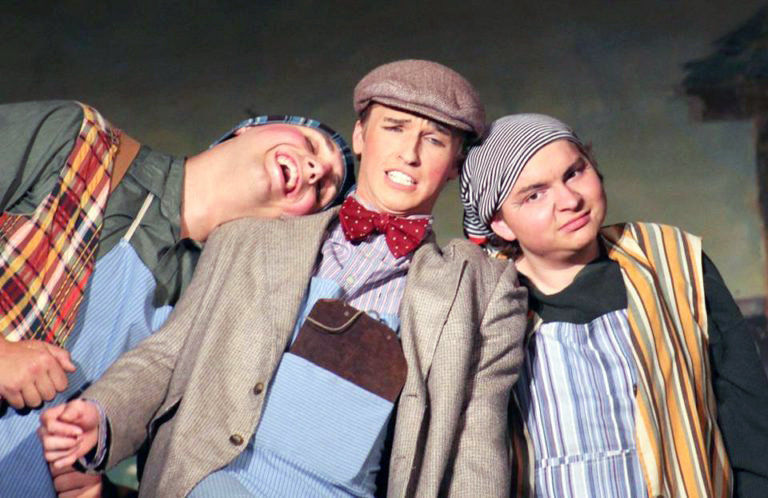 The 2015 cast of “Shanghaied in Astoria” lets out a cheer on stage.

Markus Brown, director of the latest version of ‘Shanghaied in Astoria,' gives instructions to actors during a recent rehearsal.

Based on Astoria history and folklore, “Shanghaied” is the longest continuously running musical melodrama in the country. The company, which performed for many years in various local venues, found a permanent home almost a decade ago at its current location thanks to key players such as Markus Brown, a company veteran.

Brown will direct the play for the first time this season. He considers himself a “student of ‘Shanghaied’”; he has worked as an actor under several directors for 15 years, and has directed more than a dozen shows at the theater.

His personal stamp on the show, he said, will be in bringing the play back to its original script.

“The story is king,” Brown said. “The script is quite brilliant, and the story is fantastic. I want to bring it back to its roots.”

Part of keeping “Shanghaied” loyal to its roots, Brown said, is staying true to the highly stylized vaudeville melodrama that is the show’s signature.

“For a number of years, some well-intending directors have been adding modern touches, easy laughs, elements of pop culture, but the original story is already full of good humor,” he said.

“There are very few true vaudeville theaters left in our country,” he continued. “True vaudeville is done in a specific manner — everything from its inflection and a certain sense of rhythm that makes it authentic to the style.”

The script for “Shanghaied” was written in 1985 by Del Corbett, a former professor and theater director at Clatsop Community College, and his then-student, Tammy Phillips, with input from others in their social circle, though accounts differ on which author deserves most of the credit. Liam Dunne, an Astoria resident, composed most of the original music.

The premise is inspired by Astoria’s sordid history of “shanghaiing” — a practice in the 1800s in which men would be kidnapped (often through trap doors in the floors of local saloons) and find themselves out to sea as forced labor on a ship. The story also brings in Astoria’s deep Scandinavian heritage.

“The script for “Shanghaied” was written in 1985 by Del Corbett, a former professor and theater director at Clatsop Community College, and his then-student, Tammy Phillips, with input from others in their social circle, though accounts differ on which author deserves most of the credit. Liam Dunne, an Astoria resident, composed most of the original music.”

While the company stages other productions, “Shanghaied in Astoria” is the company’s bread and butter, and shows no signs of declining popularity.

“‘Shanghaied’ is what keeps our doors open, our lights on and the bills paid,” Brown said. “It has allowed us to bring other productions to our theaters.”

For 10 weeks each summer, the stage becomes home to nasty villains, sturdy women, ill-intentioned saloon owners, fishermen and sweethearts. All actors are volunteers, and the theater has become a testament to the power of public support.

Besides ticket sales, a supportive community of local businesses and a devoted volunteer system have allowed the theater to survive.

One such volunteer, Bill Carr (nicknamed the “volunteer extraordinaire”), has been assisting Brown in realizing a decade-long dream of equipping the theater with indoor restrooms. For years, the theater has relied on “blue rooms” and a tiny restroom shared by all of the actors.

“Now that we have these new restrooms, I’d like to take those blue rooms and catapult them into space,” Carr said.

“The beauty of community theater is that everyone gets involved. Theater lets you think on your feet and act independently but also within a group,” Carr said. “And when you nail it on stage, there is nothing like hearing the applause. Nothing like it.”

Dena Tuving, an Astor Street veteran and the company’s new board president, is another volunteer who has helped keep the theater alive.

Tuving acts in the show as well, sharing the role of “Vivian” with Patricia “Trish” Von Vintage. Doubling up certain roles — sometimes even triple casting them — prevents the actors from getting burned out during the 10-week season.

Asked what keeps her involved, Tuving said: “The people.”

“It’s a family. It’s the arts — the right brain / left brain outlet,” she said. “We need the arts in our community.”

The company has new leadership and fresh ideas, and hopes to diversify its productions, Brown said. “But ‘Shanghaied’ will always be the backbone of this theater.”

Editor’s note: This story has been amended to reflect in greater detail the collaborative nature of the play’s origins.