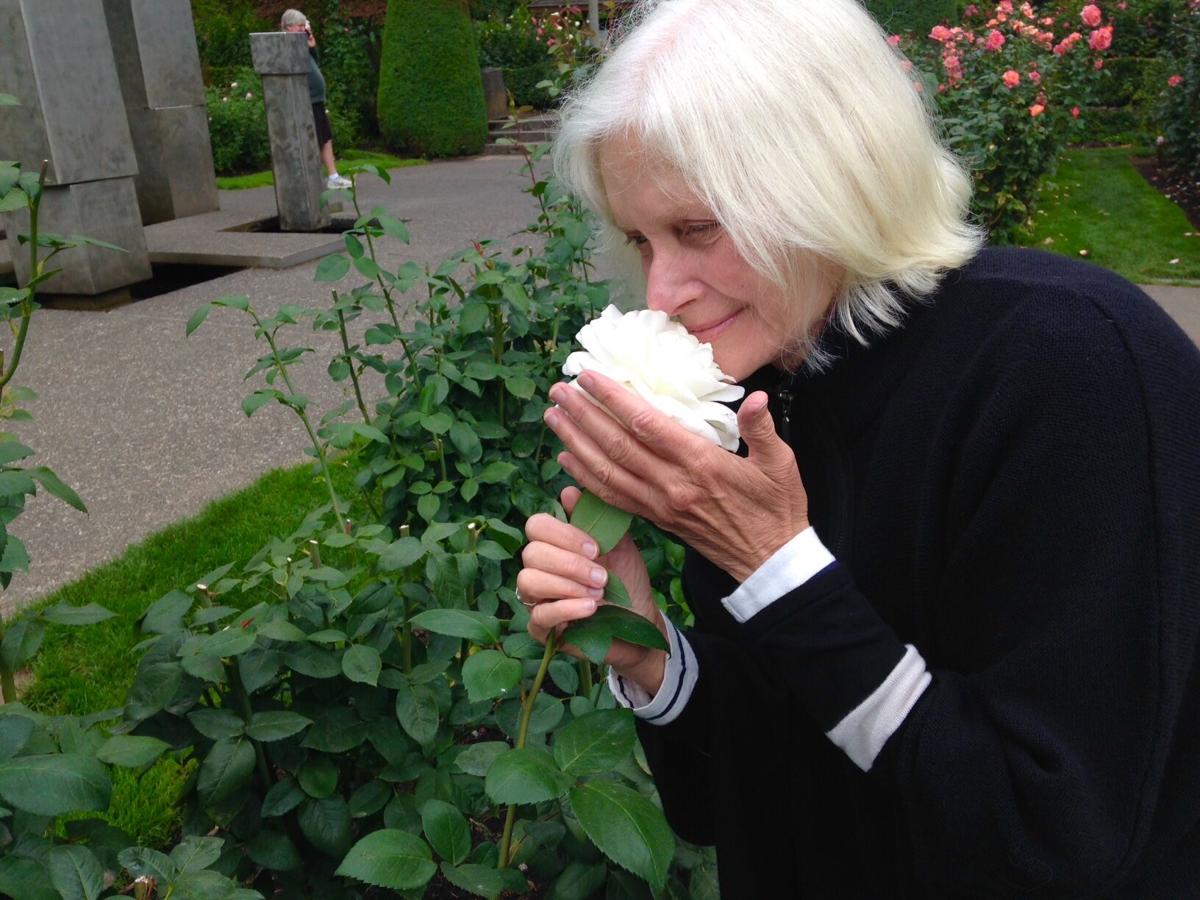 As a young girl growing up in Hamilton, Ontario, Florence Sage learned about her Polish immigrant parents just by observing and celebrating life with them in Canada.

In the last few years, as the now-Astoria-based poet thought back on her life with her parents, small memories started popping up — including stories about her father’s old red truck; decorating the family’s Christmas tree; and gathering produce on land that’s now a subdivision.

As she thought about the stories, she decided she should write them down to share with her daughter.

What came about was 92 linked poems, put together in Sage’s new book, “The Man Who Whistled, The Woman Who Wished: A Polish-Canadian Story.”

The stories are of Sage’s parents as she remembers them. While the stories are presented chronologically, that’s not how they came about, she said.

“I didn’t write anything chronologically, I just let (the memories) come,” Sage said.

The poems are conversational, so reading the poems feels a little like sitting down and hearing stories about Sage’s parents, she said.

Sage didn’t become a poet until her 50s, after she heard about a poetry reading and decided to try writing poems of her own.

“My very first poem was about my dog,” she said.

Three weeks later, she was standing in front of people at a Barnes & Noble store, participating in her first open mic poetry reading.

An excerpt from Sage's poem 'Father and Mother Christmas'

Dad went out after work to get his family a tree

on December 23rd as if we were in Poland. He was busy.

Every year, last on the block, from a lot down Ottawa Street,

discounted to a couple of bucks, sparse and skinny.

Mom whipped up the Ivory laundry soap flakes with water

in her mixer to blob on the branches for snow. Then the lights,

the big ones, green, red, blue, no white, we wound around,

then from the cardboard box we lifted, hooked and hung

the colored balls and oddities, some still left

from Mom’s job at Woolworth’s before she married,

a penny apiece in ’39 for employees.

filling in those discount spaces, we were

calling back and forth for approval, how’s it looking,

getting pretty good, and Mom got on to the baking,

the raisin squares and the platter of chrust for Xmas eve.

The tree threw scented magic into our living room,

no matter its poor beginnings, and at night in my teens

until called to bed, I would sit with the tree and Johnny Mathis

when it went out to the sidewalk in a trail of needles.

Though she didn’t start writing poetry until later in life, Sage has a degree in English literature and has written through the years, including writing for newspapers and doing public relations.

Her poems started off as a therapeutic way to get her thoughts down on paper. As time went on, Sage focused her poems on people who are at a point of confusion or choice. She has worked out their emotions through her words.

Sage’s thoughts fit better into the quick style of poetry, whereas they feel too dragged out in prose, she said. The stories about her parents formed themselves into poems, instead of longform prose, she added.

“That’s just how it came out,” Sage said.

Sage could have flattened the stories out into prose, she said, but she loves the format of poetry too much.

“I like that poetry has line breaks and that each line has its own integrity,” she said. “You get that little bit of a picture and the rhythm it gets.”

While she doesn’t struggle too much to write, she said she approaches each poem like a puzzle, with the pieces that fit together to create a whole.

“Just like any art, each poem is a problem to solve,” she said.

When she is writing, which is always done on her computer and never with pencil and paper, if she makes changes to a piece, she only saves the newest version.

Her newest collection of poems is her second, with another set to release in 2022.

She said her favorite poets are Dylan Thomas and T.S. Elliot.