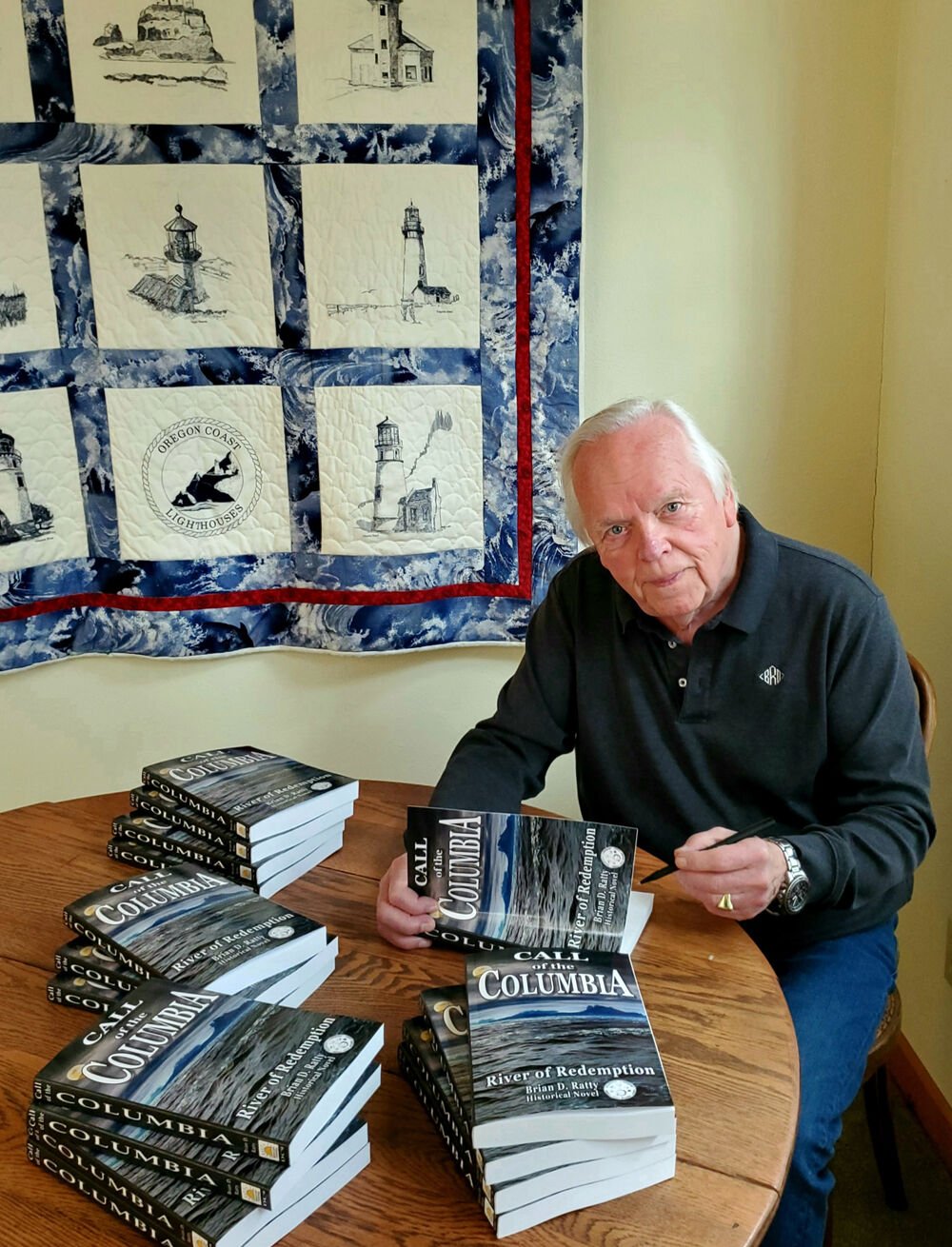 Author Brian Ratty signs copies of his new book, ‘Call of the Columbia: River of Redemption.’ 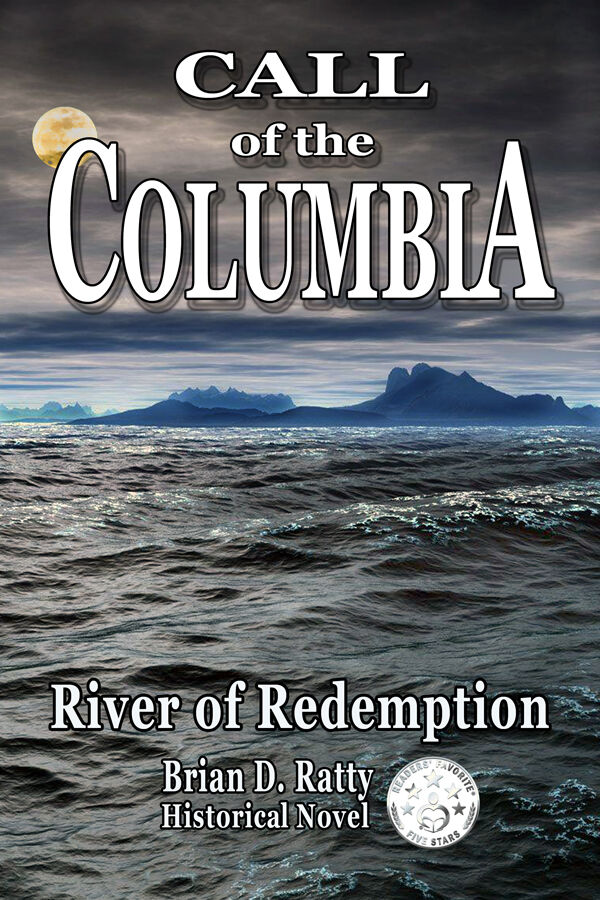 ‘Call of the Columbia’ is written by local author Brian Ratty.

When two men, hired to protect workers on the First Transcontinental Railroad, make their way into an Indian camp and find a 12-year-old girl being held prisoner, their job turns into a rescue mission.

After rescuing the girl, the men set out to bring her to a new place so she can find a home and they can find their fortune.

By the time they arrive in Astoria in 1869, a bond has formed between the three that lasts throughout their lives.

Such is the tale of “Call of the Columbia: River of Redemption” by Brian D. Ratty.

The book follows the three main characters through struggles as they each find their own way in the area. It tells the stories of coal mining, gold mining, salmon canning and logging.

The book brings together many different aspects of regional history, Ratty said.

Ratty released the book earlier this month at the Seaside Artisan Market. The book, published by Sunset Lake Publishing in Warrenton, is available to purchase on Amazon and in local bookstores.

“Call of the Columbia” is the eighth historical fiction book Ratty has written about the North Coast.

Ratty often focuses on historical topics because he loves history but he isn’t — and doesn’t want to be — an expert on all of history. So instead, he focuses on different topics and angles of local history and folds them into books.

Instead of focusing on specific historic events, data and facts, he focuses on characters. His goal is to keep people hooked on the story.

“I want to make history come alive,” he said.

Instead of a matter-of-fact tale that comes across as dull, he lets the characters take the lead and finds the story within the story.

The best part about writing the books are research trips. While writing “Call of the Columbia,” Ratty and his wife, Tess, spent time in Coos Bay, visiting the museum there and learning about the area’s history with coal and gold.

They both love to read, so they poured over stories and shared them with each other, Ratty said.

When Ratty was working full time, he worked as a professional photographer and worked on commercial and corporate videos. He was around writers for his entire professional life but didn’t know he would become one himself.

Then, after retiring, Ratty needed something to do.

“I don’t play golf, I don’t build furniture,” he said.

So, he turned to writing.

Ratty started writing for his first grandson. Quickly, his collection of books started to grow.

“There’s a sense of accomplishment when you finish a book, whether it’s the first time or the eighth,” Ratty said.

Ratty said he tries to write every day and treats it like a job, so he can stay focused and keep going.

He said the real secret to writing eight books is his helpers, though. He has had the same editor for all eight of his books. Without her and without his wife (who helps with his self-proclaimed terrible spelling), the books would not be possible, he said.