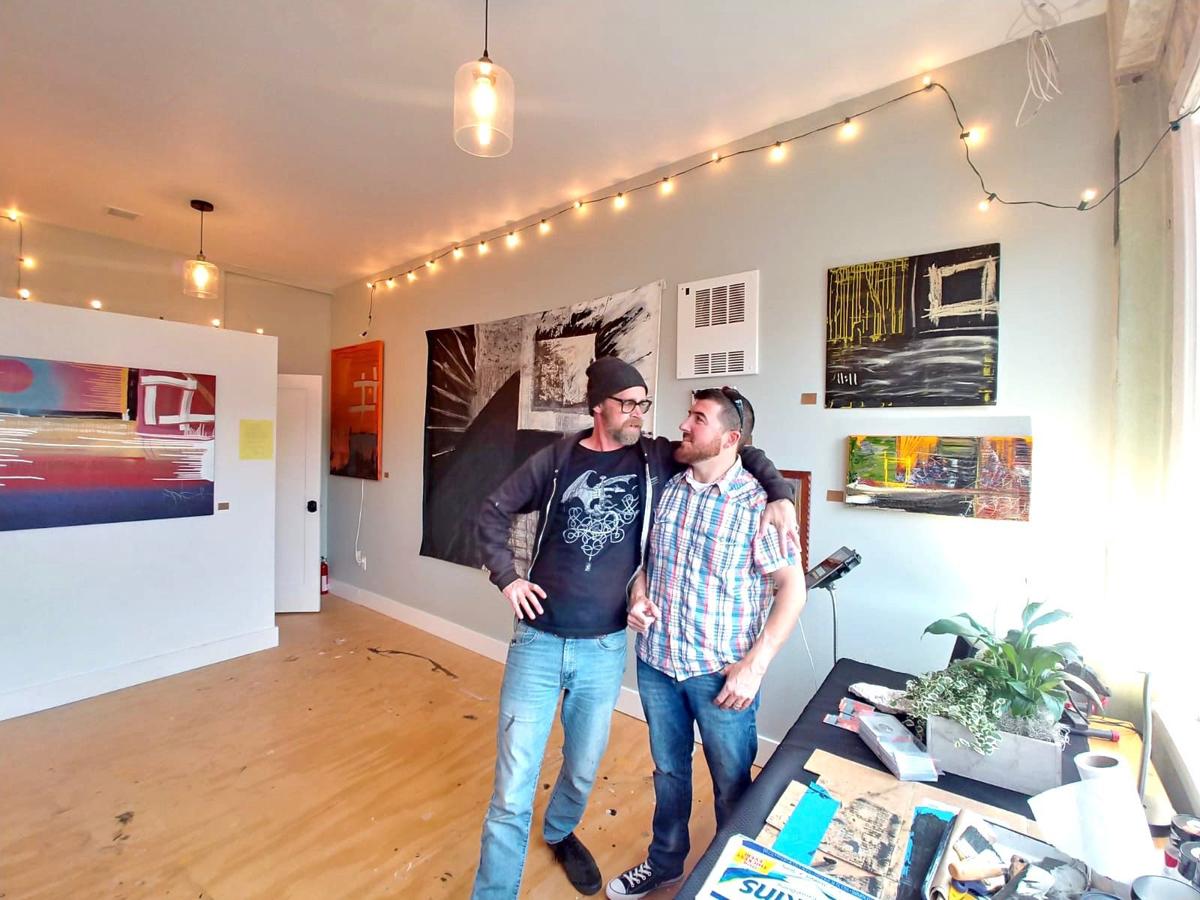 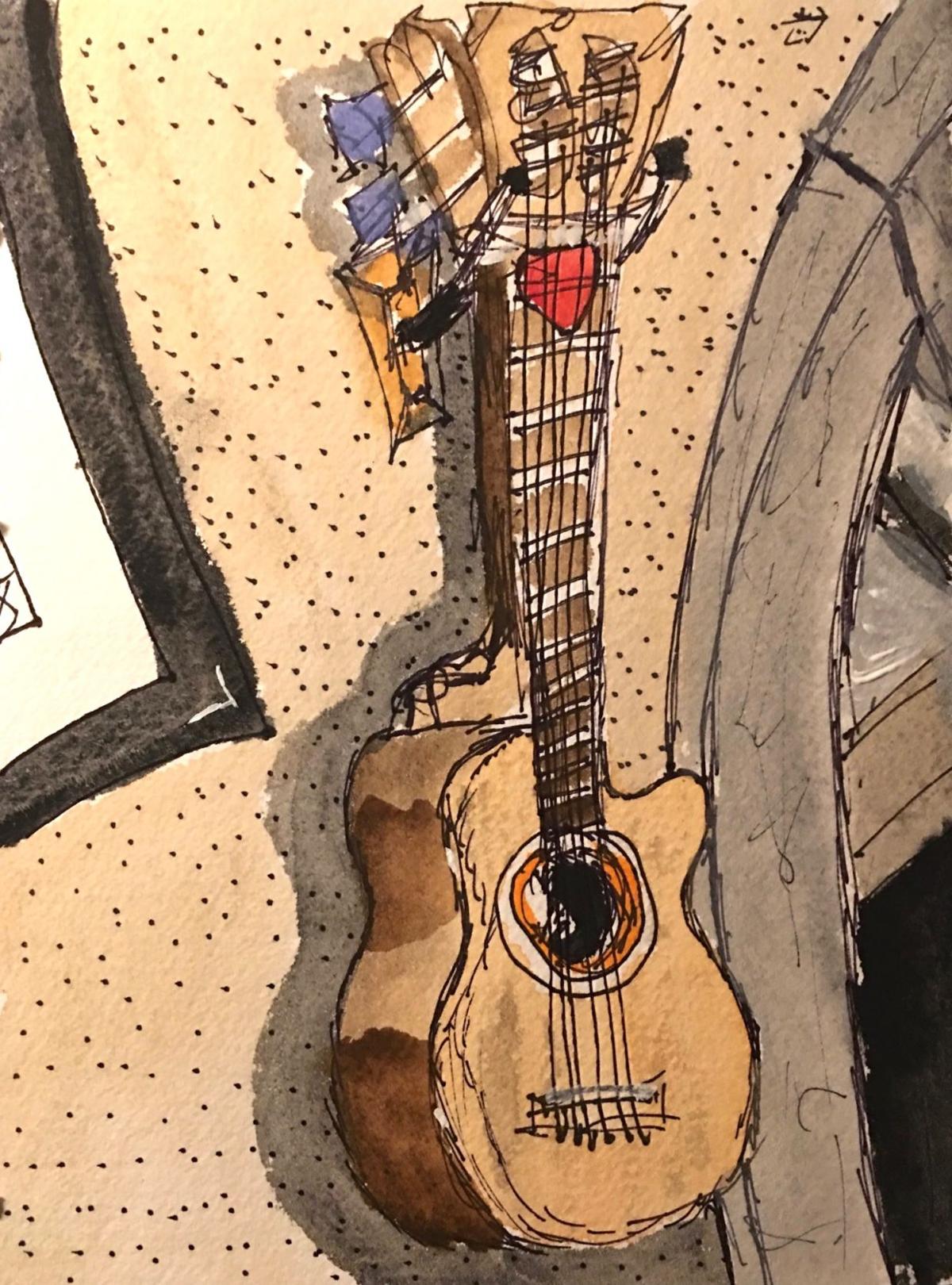 The residency gave Oscar Nelson a chance to work with pen and watercolor. 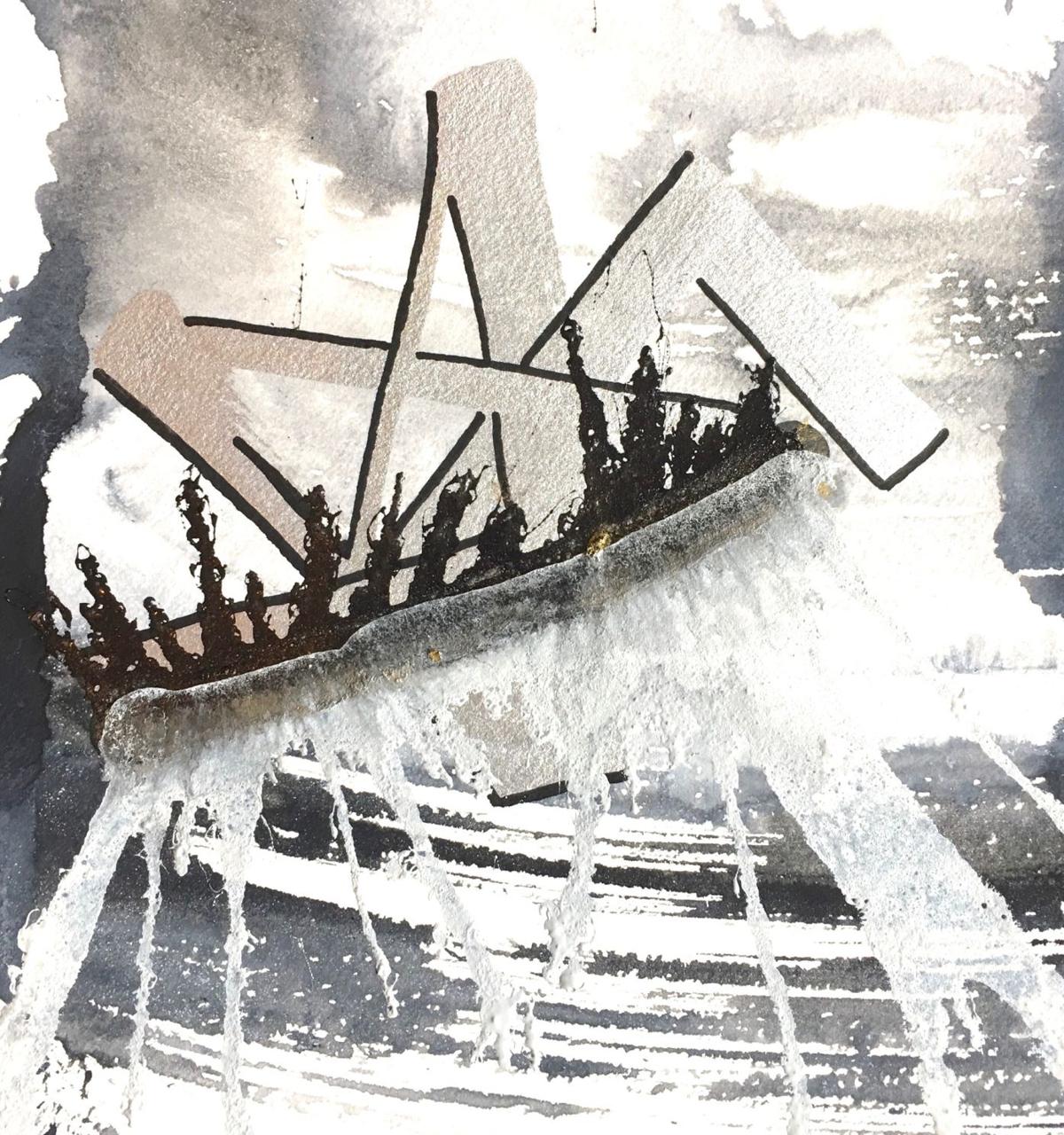 Oscar Nelson explored the abstraction of graffiti during the residency. 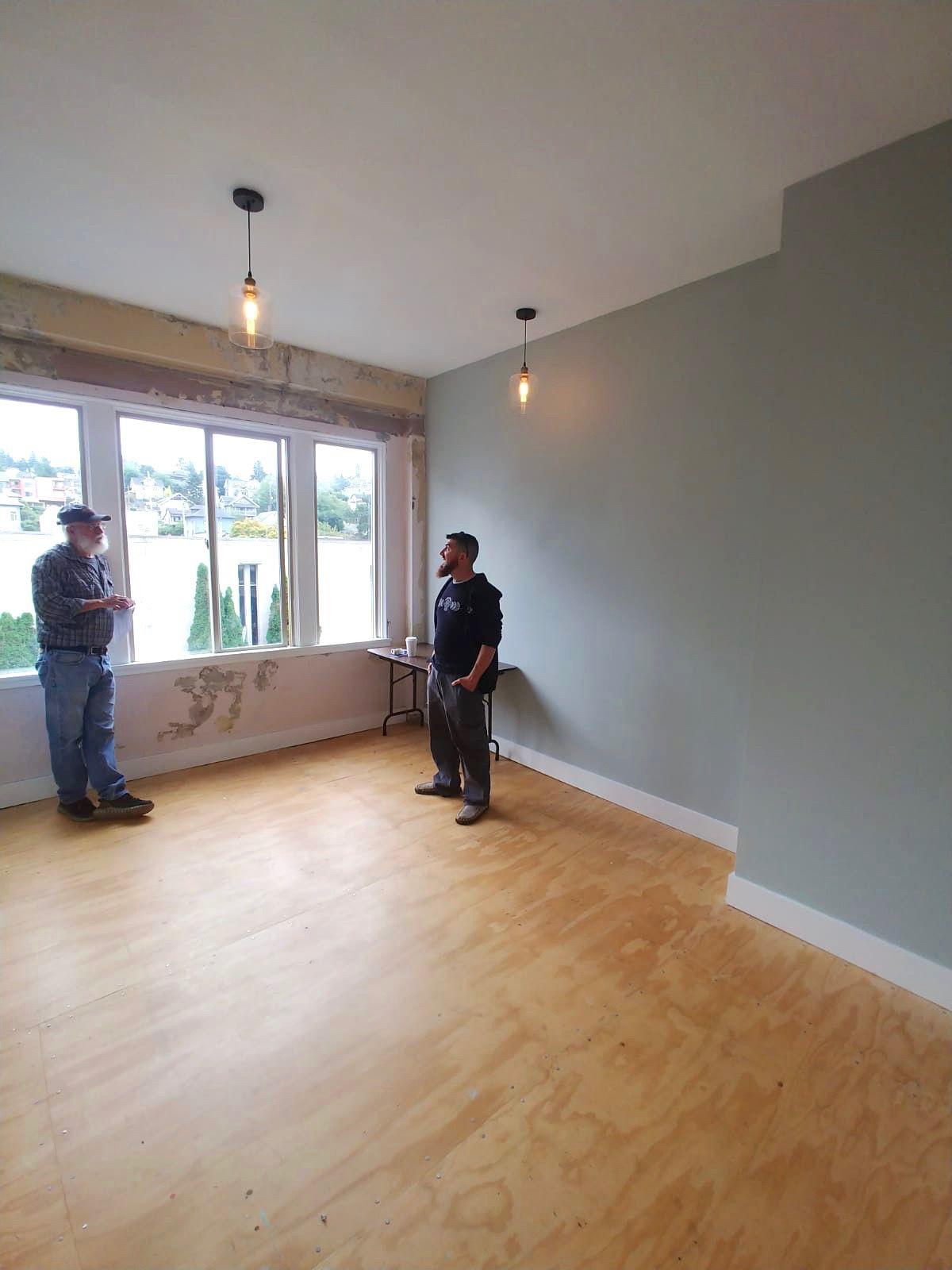 The residency included studio space at the Astoria Studio Collective. 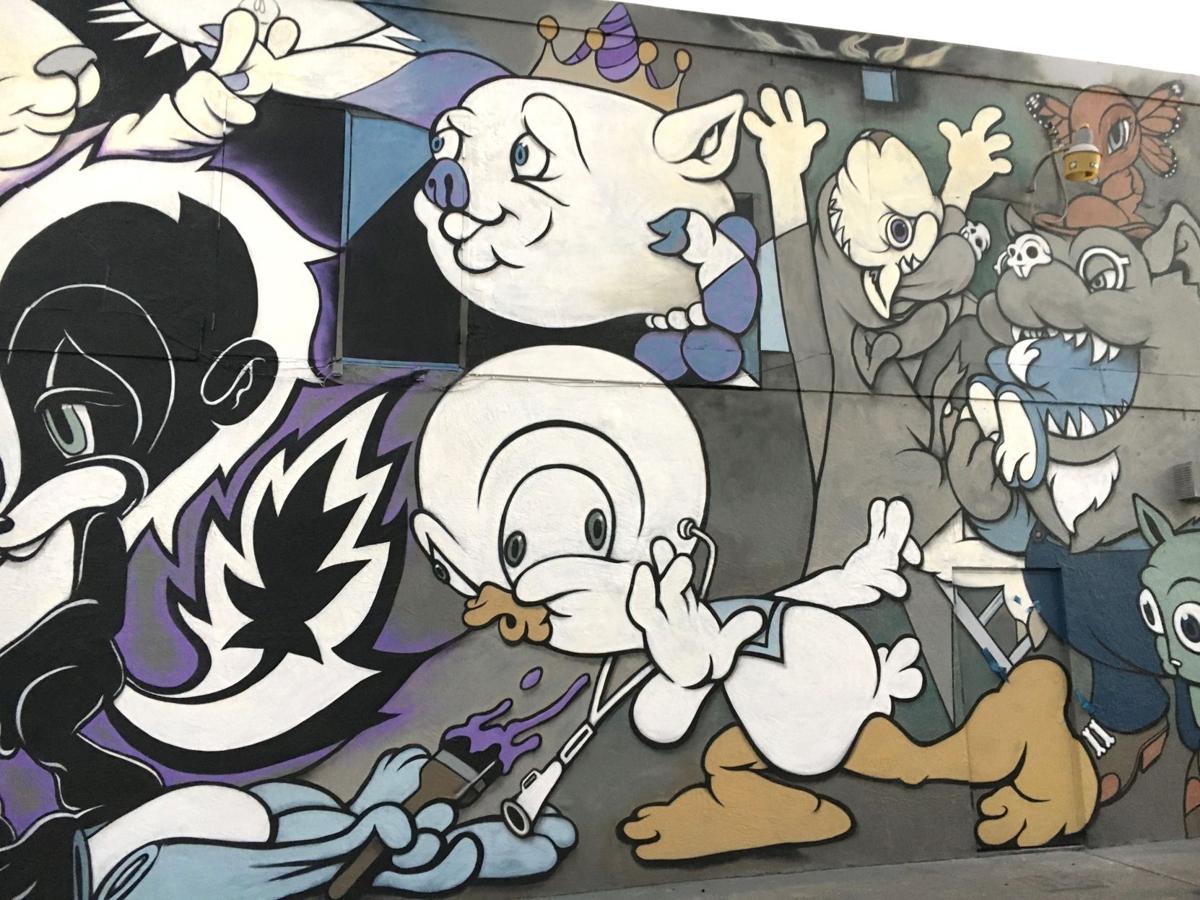 Morrison Pierce created a mural in Miami during his residency.

The residency gave Oscar Nelson a chance to work with pen and watercolor.

Oscar Nelson explored the abstraction of graffiti during the residency.

The residency included studio space at the Astoria Studio Collective.

Morrison Pierce created a mural in Miami during his residency.

Two local painters, Morrison Pierce and Oscar Nelson, enjoyed having the space to work on large-scale pieces while advancing in their careers during the Fall 2019 Astoria Visual Arts artist-in-residence program.

The residency included studio space in the Astoria Studio Collective from September through December. Pierce and Nelson were tasked with creating new art and showing it during four art walks. Each piece of art had to be priced and staged, and the artists had to create an artist statement and an email list.

“I feel like I’ve gone through a miniature art school, being in that pressure cooker and having expectations and people looking for production,” Nelson said. “It wasn’t always easy, but going through the process was invaluable.”

Back to the roots

Nelson grew up in Astoria, left to get a business degree from Oregon State University and returned to start a chain of cannabis dispensaries with business partners.

He called his style of painting an exploration of the mystical and spiritual through abstract art. He said getting chosen for the residency blew him away and made him feel like people believed in his art.

“I had been painting in my garage space, but the residency’s space and support was really amazing and brought out a whole different dynamic to art — and a freedom to art I hadn’t had before,” Nelson said.

Pierce has been a professional contemporary artist for 25 years, and is currently represented at the McVarish Gallery/Secret Gallery in Astoria, as well as the Antler Gallery and Talon Gallery in Portland.

He said he applied for the residency after fellow Astorian artists Jill McVarish and Terry Robinett suggested it to him.

“I was working on new art for an upcoming show at the Secret Gallery and the space was amazing and the support from AVA was more than I could have ever expected,” Pierce said.

Pierce added one of his biggest accomplishments at the AVA was painting Ray Merritt, a board member of the AVA.

“I felt like I captured his essence and was able to put him in the October show in the AVA gallery,” Pierce said.

Other highlights for Pierce included traveling to Miami for the international art fair Art Basel, painting with contemporary artist Ron English, showing art at Superchief Gallery and painting his own mural.

For Nelson, the residency helped him get through some personal hardships.

“It was my oasis to empty out the noise and stress and to get back to my family and business,” Nelson said. “I was more effective in art and life by having a place to create the art.”

Pierce said he enjoyed spending the residency with Nelson.

“We had some magical conversations and painted, pushing and pulling one another,” Pierce said.

The AVA plans to host two more local artists-in-residence, Karen Ni Neill and Denise Monaghan, from January through April. Both of them produce art that’s influenced by the nature and wildlife of the north coast. Neill said she finds inspiration on long walks through her neighborhood, and Monaghan said she’s planning to paint a bull elk and a beaver during her residency.

For more information about the AVA, visit astoriavisualarts.org.

" ... the residency’s space and support was really amazing and brought out a whole different dynamic to art." — Oscar Nelson